Cristela Alonzo Talks About Narrating “Inside Pixar,” What Cruz Ramirez Might Be Up To, and Her Favorite Pixar Movie

Comedian and actress Cristela Alonzo, who voiced Cruz Ramirez in Pixar’s Cars 3, teaches fans about how Pixar Animation Studios films are made in the third collection of Inside Pixar episodes, debuting March 26th on Disney+. I had the pleasure of speaking with Cristela about lending her voice to another Pixar project, what could be on the horizon for Cruz, and her favorite Pixar film. You can read the full interview below and don’t miss the “Foundations” collection of Inside Pixar. 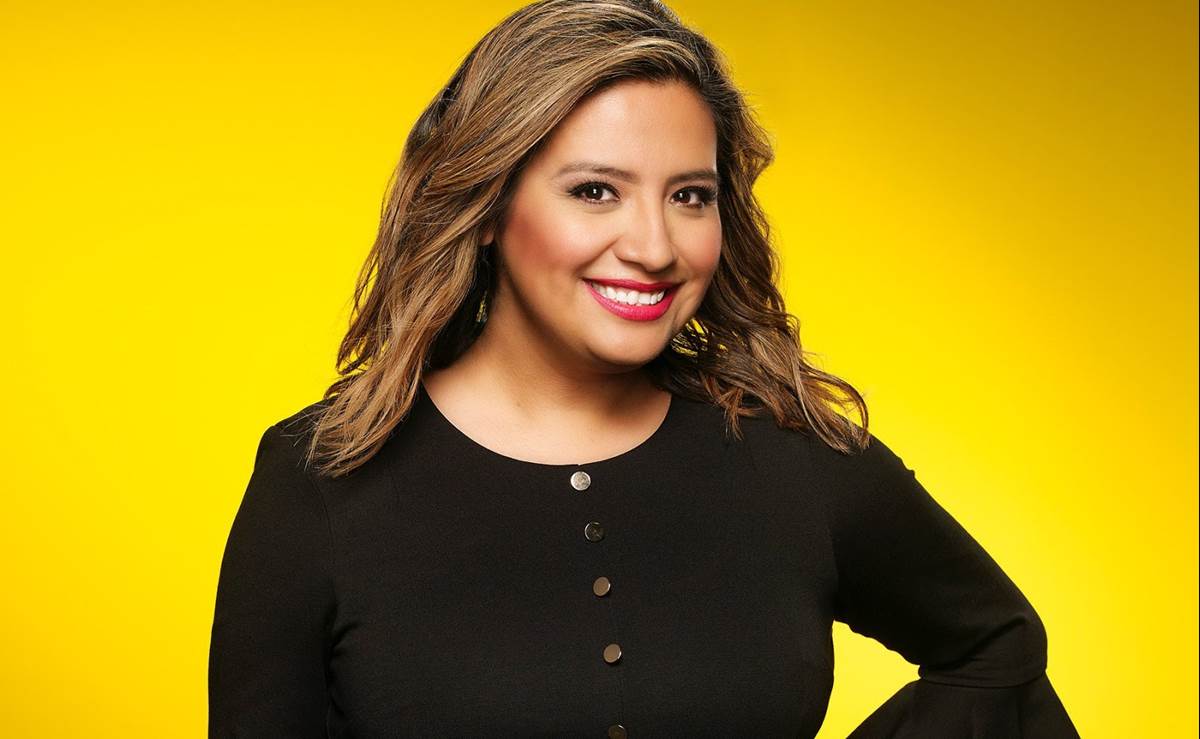 Alex: I love the episodes and I was curious to know what was the most surprising thing you learned while narrating this batch of Inside Pixar?

Cristela Alonzo: I think the most exciting thing was actually knowing how much time and effort goes into it. Meaning that as a viewer you don't understand that it takes years to create a Pixar movie. Because you see a lot of other animation stories that come out with sequels or other trilogies the franchise grows rather quickly compared to Pixar. Then, when you actually get to know the amount of details that they go into, when I started learning about the shadowing, the building of something as simple as using the "cameras" to capture a picture. You realize how time consuming it is and why every time I see a Pixar movie I always end up leaving thinking about something very specific. Like with Coco, I remember there was a scene with water and I left the movie theater thinking, "Man, that water looked real!" So it's really interesting to have those kinds of lessons. Because you don't think about the length of time, but then you realize once you see a Pixar movie, it's absolutely worth the time.

Alex: Your dialogue feels very much in your voice. Did you have a hand in actually writing the dialogue for this batch of episodes?

Cristela Alonzo: Yes, I got the guide to the questions that they wanted me to ask, but I also liked the idea of having this personality included into it. It reminded me, I'm a big Disney fan. So, years ago at Disneyland, they had a video of Steve Martin interviewing himself, and it was so funny because the personality of him interviewing himself always stood out to me. I loved the idea of actually having that in this kind of series of videos as well, the lightheartedness and stuff, because really Pixar, while it involves technology and everything, it's still about imagination and dreams and just letting go with what happens. So I was really excited that they agreed with me when I said I wanted to just have fun with them.

Alex: You've obviously worked on a Pixar film, Cars 3, and now you're returning for this series. What is it about Pixar that makes you want to keep working with them?

Cristela Alonzo: Pixar has always been the best experience I've ever had working with anybody. Just because to me, look, I'm an adult and I build Legos. I roller skate, the things that I liked to do as a kid, I still love to do now. I am Gen X, and I remember people always love to tell you growing up that you have to grow out of it. You have to one day become an adult. What I really love about Pixar is that you realize that growing up actually means that you can still be involved with your dreams. It's just that in a weird way, when you grow up, you just learn the skills that get your dreams more specific.

That's why I like working with Pixar so much, because you realize that, for the most part, everyone I've met at Pixar is always this person that's had a lifelong dream of doing something and they do it. Which is why when you hear them talk, they talk so excitedly about the projects because it means something. So for me, anytime Pixar calls, I have to go and do whatever they ask me to do. Because to me, this is kind of the group of people I love to respond to in my everyday life. People that just were kids that had a dream and the dream was all dreams are allowed and that's why you never know what you're going to get with Pixar and that's always fun.

Alex: What was the recording process like for Inside Pixar? And did you get to return to Emeryville at all to do it?

Cristela Alonzo: No, I didn't get to return and I can't stand that, because every time I went to Emeryville for Cars 3, there was something else happening that was just ridiculous. They always had life sculptures of something, huge balloons for some reason, everything. It's just always connected to creating. So, because of the pandemic, we recorded during the pandemic. I converted a closet of mine into a sound studio and I put the soundproof foam on the walls and everything. They sent me the stuff to work on and it was just me in a dark closet, basically just saying these lines while I spoke to them on iPads.

Alex: Interesting. That must've been different from what you were used to.

Cristela Alonzo: Yeah, especially because it's that thing where you're going along with it. That was what I think was really amazing about just the pandemic, the changes that have happened and you realize what's possible at home. We were very excited with the quality of the sound because you never know, you know what I mean? Even when you do podcasts at home, you have a setup for the sound and this is Pixar, this is going into something, people will see this, but we were overall really happy with how it happened. But yeah, honestly, I also live… My apartment is right next to the elevator in my building. So, there were moments where it's kind of like Wayne's World, “Game on, game on,” but we made it work.

Alex: I want to talk a little bit about Cruz Ramirez. It's been a couple of years since Cars 3 came out and she seems to have only grown in popularity. I know when I go down to Disneyland, I see a lot of people representing Cruz Ramirez, and I was curious to know from you what it's like to be her ambassador for fans of that character.

Cristela Alonzo: You know, it's really funny, I have trouble embracing it at times because when we were working on Cars 3 a lot of my life story was built into the Cruz story. So, a lot of the Cruz story is my story. I love when people love Cruz, because to me, it seems as if it's relatable, the stuff that we talked about in the movie. I'll tell you, it's really weird to see people wearing shirts with the character on it, or sometimes, especially when I go to Disney, when I go to California Adventure, I can laugh at something that one of my friends says and people will recognize my laugh. I can't believe that, because I am terrible at identifying voices, but I have to tell you, it's amazing. I love it. I still, when I say that I have trouble embracing it, I feel like I just can't believe that I got the chance to do it, because really how many people get that chance?

Alex: Yeah, that is true. It's kind of a bucket list item for a lot of people, but Pixar doesn't call everybody.

Cristela Alonzo: Exactly! It's that thing where you think you know people have that opportunity, but you don't think it's going to happen to you. You know? So, that's even years later, I still can't believe that I was in a Pixar movie.

Alex: Yeah. If Cruz Ramirez was to come back in any way in a future Cars project, what do you think she would be up to?

Cristela Alonzo: I think that probably the way that I would see it, I think that Cruz is actually more of an established racer now. And we see her maybe kind of going through a lot. It's funny, the mentorship that she has with McQueen kind of shows that he has a lot to teach her. So, I think it's actually learning more lessons from him, where he actually is the mentor and understanding where her place is. Maybe she's a successful racer, but maybe she also has a fall. Maybe she also has a lapse. I think that overall, I see her being someone that's successful and still maybe having trouble being one of the only female cars in the business. So, it'll be interesting to see what's next. I'll tell you one thing, they don't tell me anything. I've asked. I kind of wish that they would mention something, but not one clue. So, we're all going to guess and we’re all going to find out at the same time, I think.

Alex: Cool. Well, I’m looking forward to that day. My last question is what your favorite Pixar movie or short is and why?

Cristela Alonzo: Oh man… this is hard. I'm going to say that I love Up probably the most. And I think it's because of this journey that he goes on after losing his wife and you see the relationship of love and how love can just really expose you to so many other things, so many opportunities and how sometimes when you mourn you don't realize that life is still happening. And, for me, the moment in Up, which obviously it's years old, so I can spoil it. But the moment where he sees the album and sees the life, you realize that the journey was also part of it. The journey doesn't stop. The journey continues whether you like it or not. I've always loved that message of Up. But I also like Inside Out for the same reason, I like anything that really goes into the psyche to make you realize that out of good is bad, out of bad is good, but guess what? We all struggle with it. We all live it. So, this is something that's for everyone.

You can hear Cristela Alonzo narrate the next batch of Inside Pixar episodes when the “Foundations” collection launches March 26th, only on Disney+. Check out the trailer below.