This recap is coming late. I take full responsibility and I am so sorry to those who were affected (maybe three people). A quick stop to the grocery store before the episode turned into a prolonged discussion with a comic book store owner about the downfall of film, a trip to a farm, and frantically running through a Trader Joe’s looking for seasonal goods. Didn’t the universe know Beane was performing?! Regardless, it’s night 2 for our Top 24, so let’s get going! Jason Warrior – I realize I sound like a broken record, but Jason is beyond talented. His voice is truly wonderful, and yet, he tries way too hard. Every decision, every on stage emotion, every run…it’s put on. When it’s performed that consistently, all meaning is lost. I can never tell when he’s seriously emotional or when it’s “part of the performance”. I couldn’t enjoy the solo for this exact reason. The Bee Gees duet with PJ Morton was a gorgeous and inventive arrangement. However, Jason once again did way too much. I want to see one performance from him with only one run. Solo – 2 out of 5 / Duet – 3 out of 5 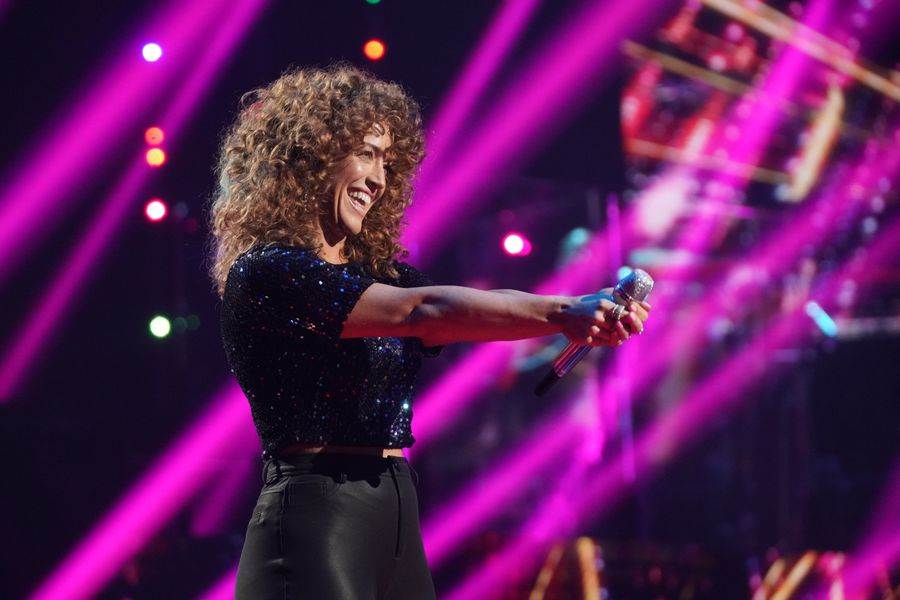 Madison Watkins – I have yet to see a bad performance from Madison. While her Idol audition arc was placed in the relative background, she has always done quite well. The tradition continued with her Idol stage debut. Her Stevie Wonder duet with Tori Kelly was a wonderfully smooth ride. The performances proved her place in the competition, but I wonder if the lack of airtime for Madison will hurt these wonderful performances. Solo – 3.5 out of 5 / Duet – 3.5 out of 5 Beane – We know I love Beane. It’s canon. His Dua Lipa performance was…not it. There were weird key issues, it was way too much. His stage presence is unmatched, but it was straight-up not great. Beane even called out his flaws on Instagram. I love a self aware man. He was able to redeem himself during his Josh Groban duet, which was a blended smorgasbord of talent. I had full body chills. Lionel Richie fully threw his hands up to celebrate Beane optioning up, and Mr. Richie, I concur! All the hands up! Solo – 2 out of 5 / Duet – 5 out 5 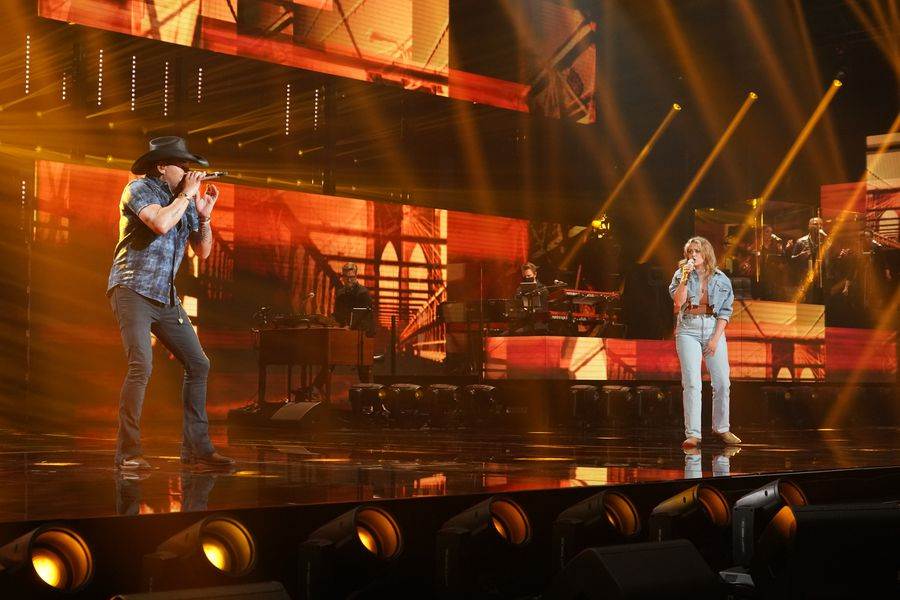 Hannah Everhart – Her solo hurt me, physically and emotionally. Notes were wrong all throughout, the song choice was poor, and Luke was giving a pity smile throughout. When she had her duet moment with Jason Aldean, it was a smidge better. Just a smidge. Hannah has the best personality of the contestants, but unfortunately, her performance was less than stellar. Solo – 1 out of 5 / Duet – 1.5 out of 5 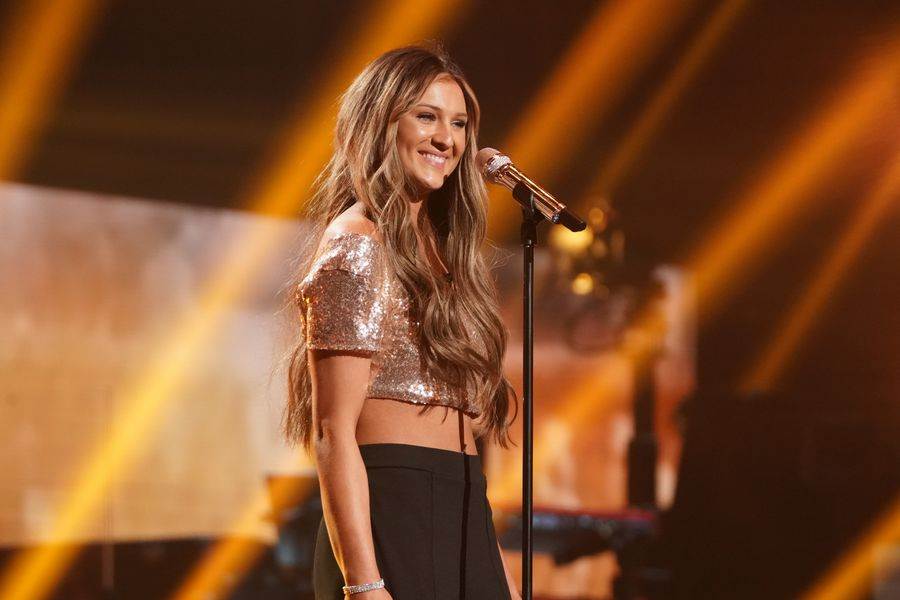 Mary Jo Young – Did she just get me to like an Ed Sheeran song? That’s powerful. Her solo was the most confident we’ve seen her. I was impressed, as I haven’t been on the Mary Jo train as of yet. Then, Jewel came on stage with the most glittery outfit I’ve ever seen, possibly stolen from the set of Pose. The advice she gave Mary Jo led to her best performance this entire competition. It was musical magic. Solo – 3 out of 5 / Duet – 4 out of 5 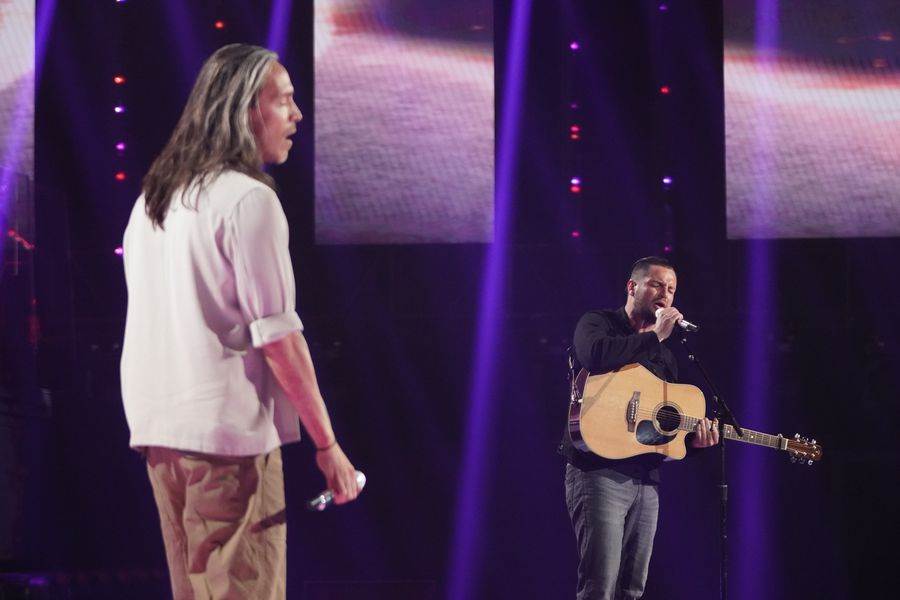 Chayce Beckham – The Chayce grit is never not the most wonderful tone hitting my ear drums on a daily basis. His solo was wonderful, as expected, but a bit boring. His Incubus duet was an inspired choice for his vocal style and it worked so gosh darn well. Reminiscent of the bands of the early aughts (Chayce/Lifehouse cover band coming soon?). I have the urge to turn on the radio and listen to Chayce as I head to the beach. Solo – 2.5 out of 5 / Duet 3.5 out of 5 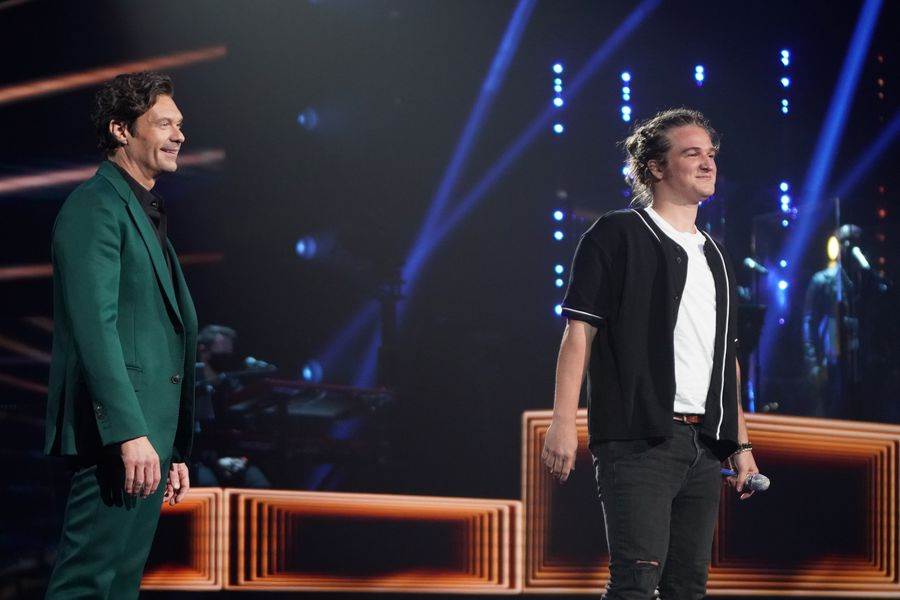 Colin Jamieson – I abstain from critiquing Colin from here on out. The breathy delivery of every line is too much. His need to mimic every singer he covers is becoming too much. Thank you, but no thank you. Duet was better, though… 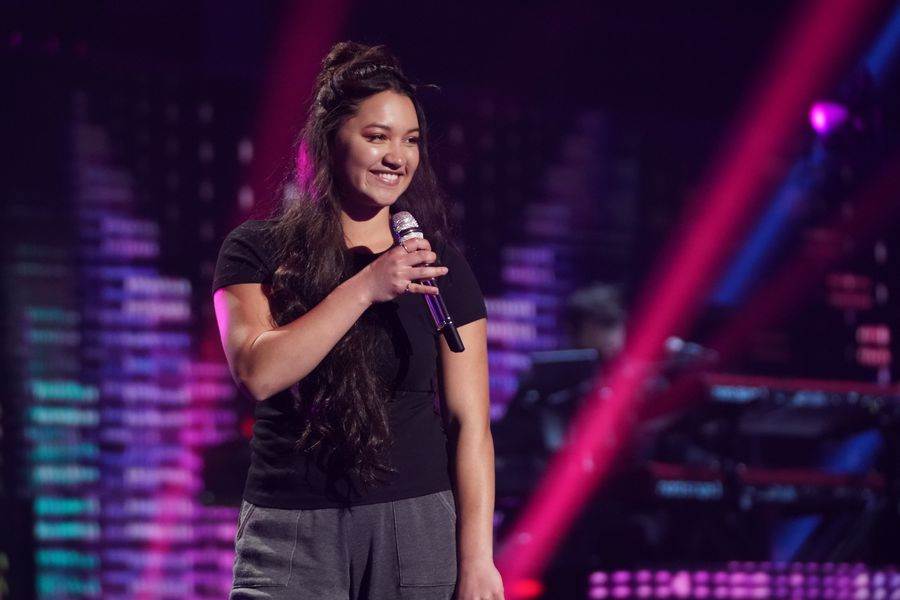 Liahona Olayan – She wants to be a pop queen touring the world and I support the career path, but her biggest issue is she moves too much when on stage. The breath support and clear understanding of her voice just aren’t there yet. She’s always fun, but she’s never great. Once she’s able to focus on singing, like during the duet, she shines even brighter than during the theatrics. Solo – 2 out of 5 / Duet – 3 out of 5 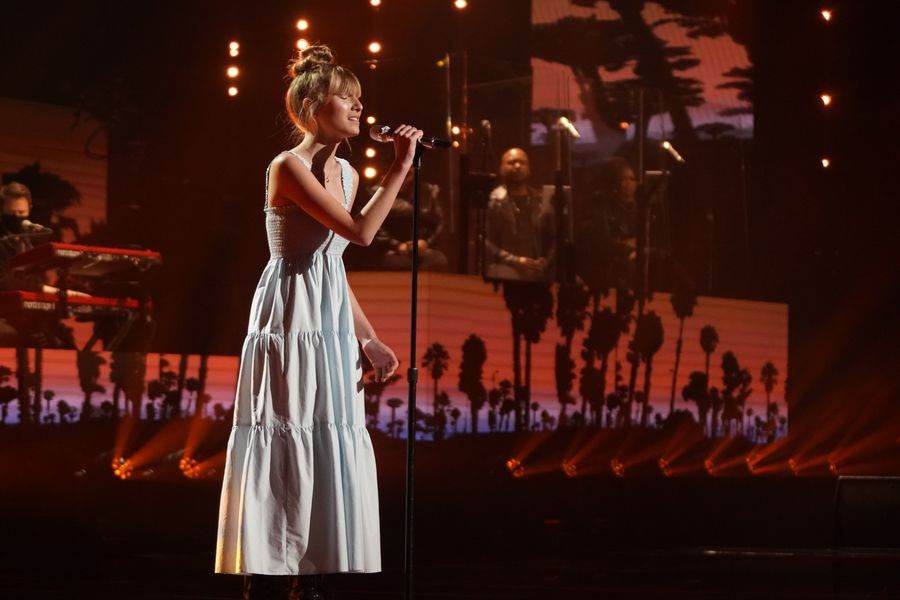 Ava August – Our youngest contestant tackling Olivia Rodrigo’s “Driver’s License” tracks. I enjoy her voice! I don’t like the song! Leave me alone, okay?! Meanwhile, Joni Mitchell’s “Both Sides Now” is one of my all-time favorites. The duet was wonderful, with Ava’s voice able to soar in a way we haven’t heard before, I just think it wasn’t the proper choice for her voice? Solo – 3 out of 5 / Duet – 4 out of 5 Caleb Kennedy – Caleb is becoming quite forgettable and boring. Every song he chooses sounds the same. He never strays. His voice isn’t to the level of most others in the competition, so the sameness doesn’t help his cause. Jason Aldean’s voice overpowered Caleb during the duet, proof that Caleb needed a few more years to work on his craft before joining this competition. Solo – 2 out of 5 / Duet – 2 out of 5 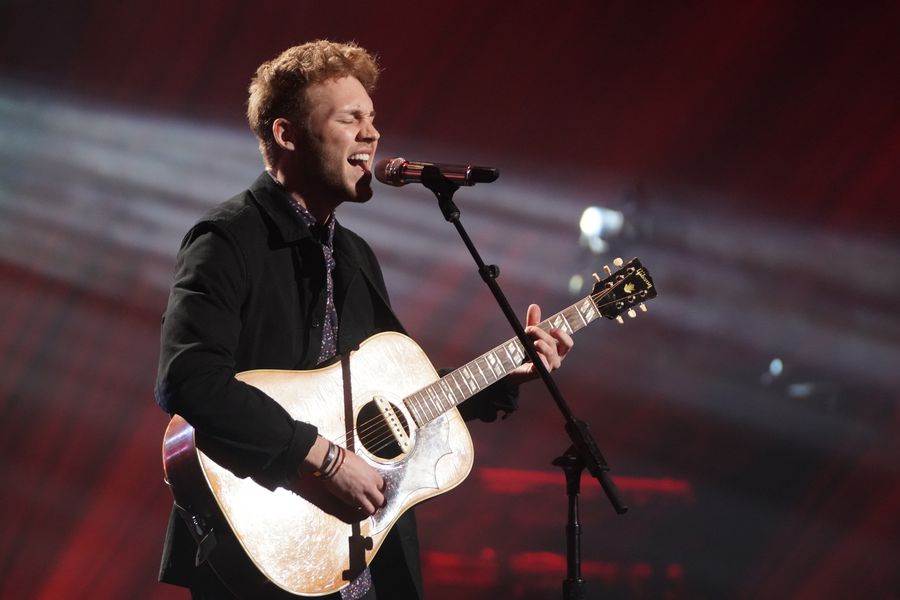 Hunter Metts – His “Chandelier” cover featured a beautiful arrangement that had BME (Big Mandolin Energy). His voice was perfectly nice and soothing, as if I could sip a coffee inside a Barnes and Noble as he softly sang in the background. He was equally nice with his Jewel duet, though my biggest takeaway was “Why isn’t Jewel a judge?” The constant conversation was that Hunter needed a big vocal moment, but he never gave us one? That’s not good? Solo – 3 out of 5 / Duet – 3.5 out of 5 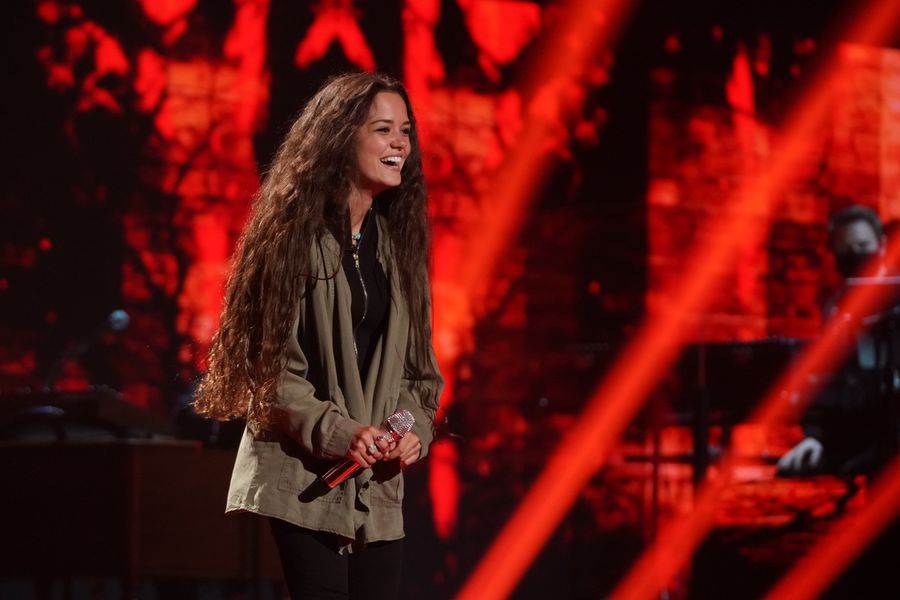 Casey Bishop – Someone told Casey she can start singing Paramore. God bless that person. Her voice on the solo was out of control. The vocal heights she was able to hit had me gasping for air. Her duet was wonderful, as well. The moody, gritty sound we’ve come to love and appreciate from Casey, but not as spectacular as the solo. Solo – 5 out of 5 / Duet – 4 out of 5

I’m nervous to see which of our Top 24 makes it through to the live shows next week. Knowing me, I’ll be typing out my rage, so look forward to that!