It’s finally here! The finale of the biggest crossover event to rock the Marvel Universe in some time is out today and things will never be the same. Knull has been terrorizing Earth for months now (well, months for us readers) and now it’s finally time to put a stop to his reign.

“King in Black #5” is the big finale to this long-running crossover event. We’ve been taken for quite a ride over the previous four issues and countless tie-ins and things have mostly seemed hopeless for our favorite heroes. But out of all of that darkness, there is a light. Eddie Brock is dead. His symbiote has been ripped from him and he was dropped from a rooftop by Knull and left to die. While the fight rages on in the streets of New York, Eddie’s body lies on a table while heroes scramble around him in search of answers. Little did they know, the answer would find them.

The Enigma Force made its way to Earth at the end of the last issue and has bonded itself with Eddie, saving his life and giving us a brand new hero in this fight against darkness. With the heroes once again assembled, it’s time for them to take one last stand against the god of the symbiotes.

But will it be enough? Led by Eddie and his newfound power, can the heroes fight back Knull’s forces and protect the Earth from being engulfed in darkness? And even if they can, will anything be the same after they do? 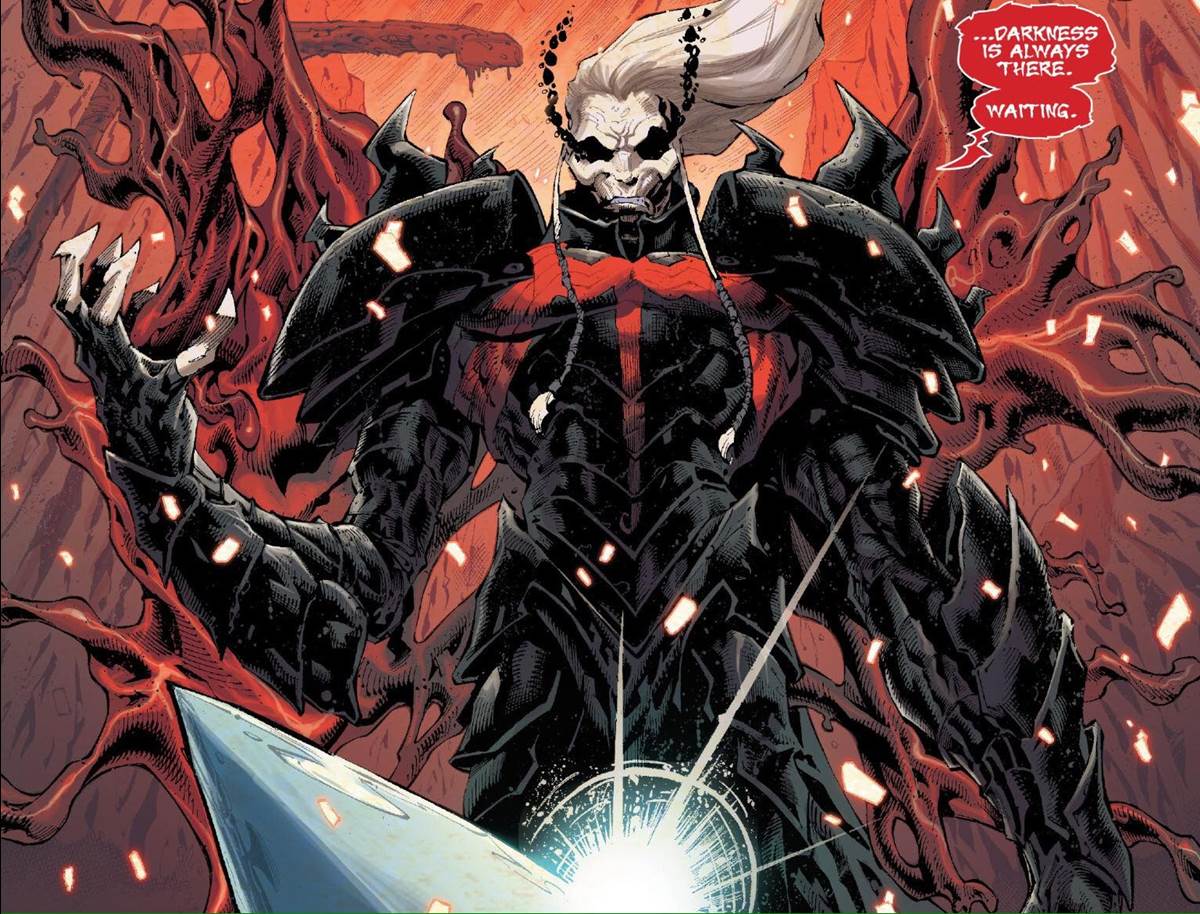 “King in Black” has been an unbelievable ride and one of the strongest crossover events Marvel Comics has ever put together. Both the main story and all of the tie-ins have been incredible and, though there were some issues with the release schedule, they combined to tell a comprehensive story incorporating all of your favorite characters and then some. Once all is said and done, this will certainly be a comic event that will be a lot of fun to revisit down the line.

As for this issue, it was a nearly perfect conclusion to this amazing story. It delivered, like all of the previous issues, multiple jaw-dropping moments and countless action-packed panels. It also manages to leave you wanting more while somehow simultaneously giving you more than you could possibly handle. 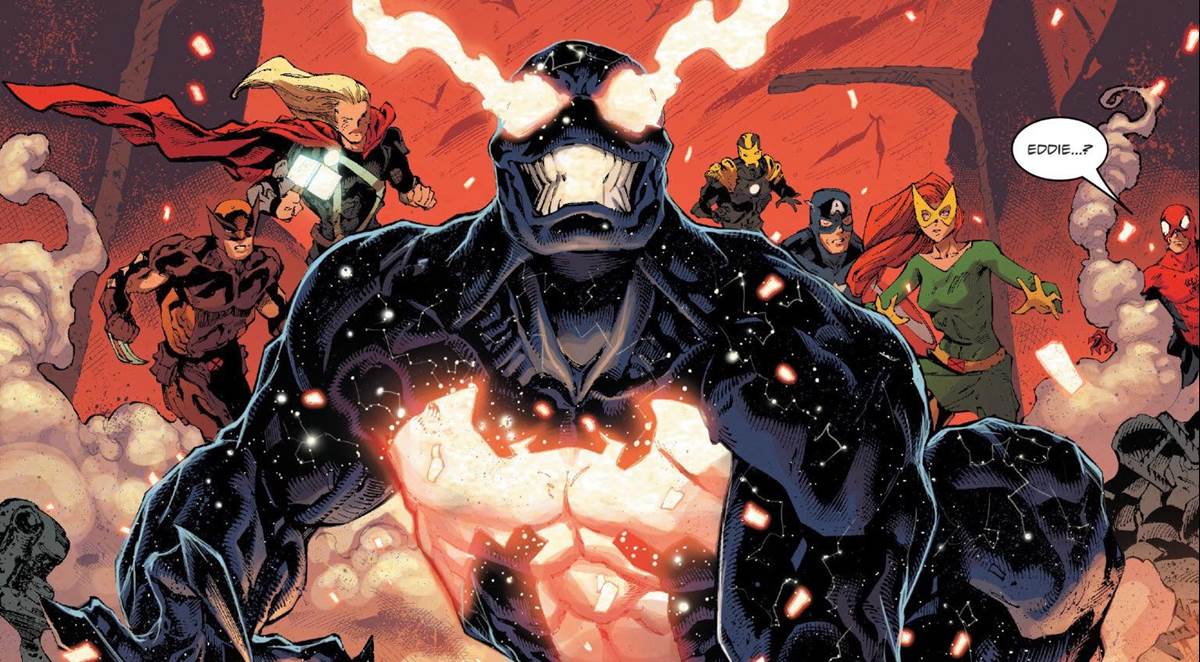 The only reason this finale is “nearly” perfect, is final fight itself. That one aspect left something to be desired but, given the nature of Marvel Comics, we can always still get that something in the future. Knull has been an incredible new villain and it would be a shame if we’ve seen the last of him. I’m guessing that won’t be the case.

And of course, it should be mentioned one more time that the visuals from artist Ryan Stegman are absolutely breathtaking. There are multiple pages throughout this issue that will leave you staring rather than continuing on with the story. The art throughout this story has been fantastic and this issue put an exclamation point on it. 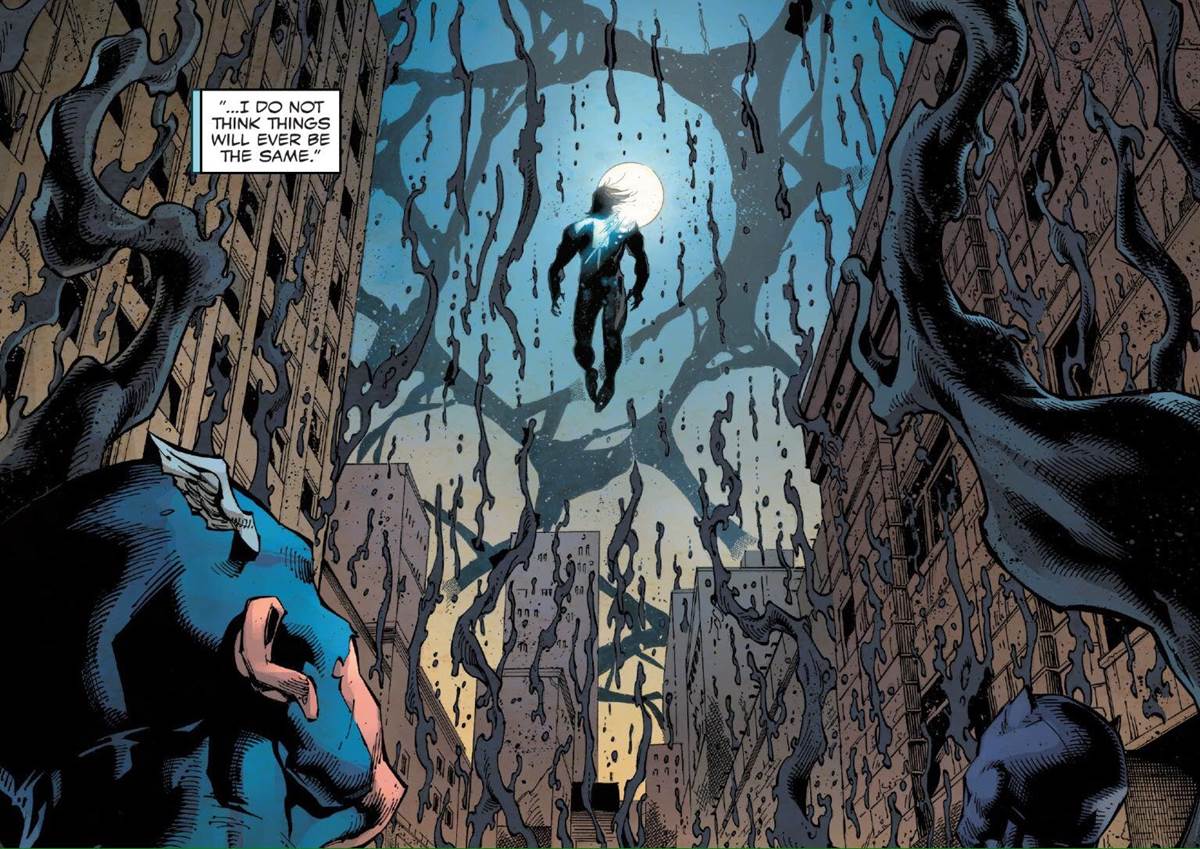 You can check out “King in Black #5” now. For more on this week’s comics, check out today’s episode of Marvel Time: