“It’s a wonderful night for Oscar! Oscar, Oscar! Who will win?!” Due to the delayed award season this year, we’ve been gifted an Oscar-themed week on Idol tonight. The Top 12 will be whittled down to 9 throughout our first night of live voting, leaving three contestants (and possibly me) devastated. Will these performances be as award-worthy as their song choices or will they be winning Razzies tonight? Let’s find out! 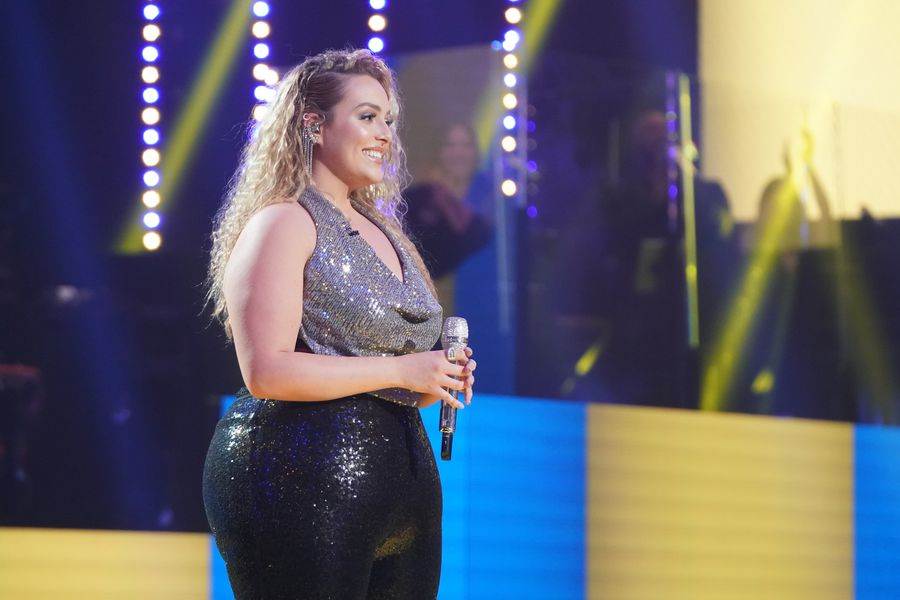 Grace Kinstler – “Happy” – No one should be singing this song, that’s a known fact. Seeing Grace tackle an up-tempo song was a wonderful change of pace, but this was a horrendous song choice. The melody lingers her in lower range, so when the theatrics were added, it felt out of place and not cognizant of the actual song. Katy seemed to agree, even though the judges can’t legally critique any contestant this season. (Could you hear my eyes roll?) 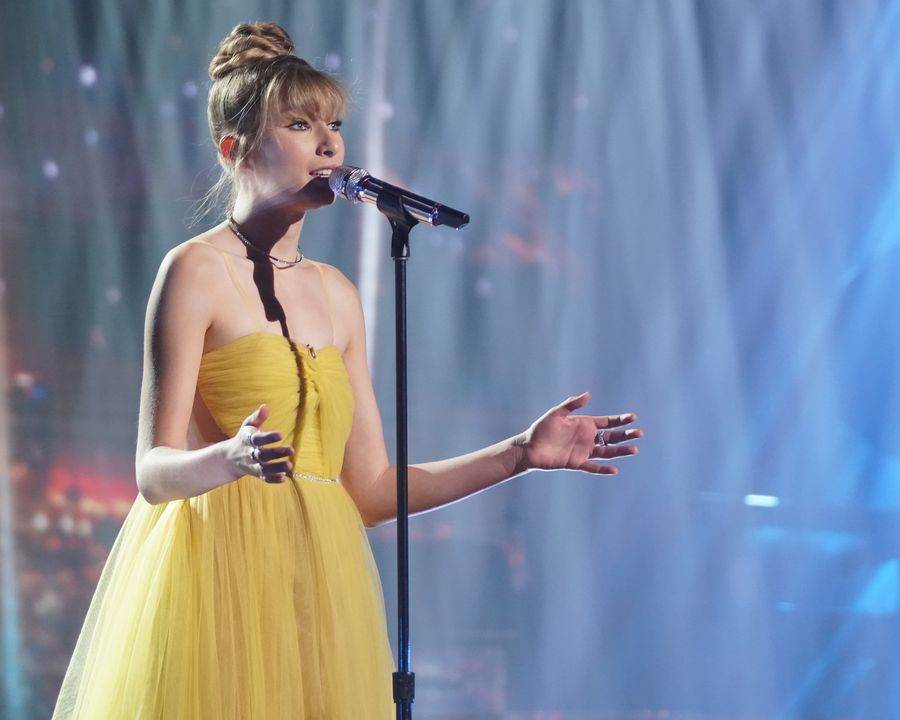 Ava August  – “City of Stars” – Another poor song choice, but not a result of Ava’s abilities. It’s just not a good song. The entire thing is one-note and doesn’t allow the singer to showcase their abilities. When you’re choosing a Ryan Gosling tune, chances are it won’t be the best vocal. Ava has been getting more boring as the competition has progressed, which worries me. 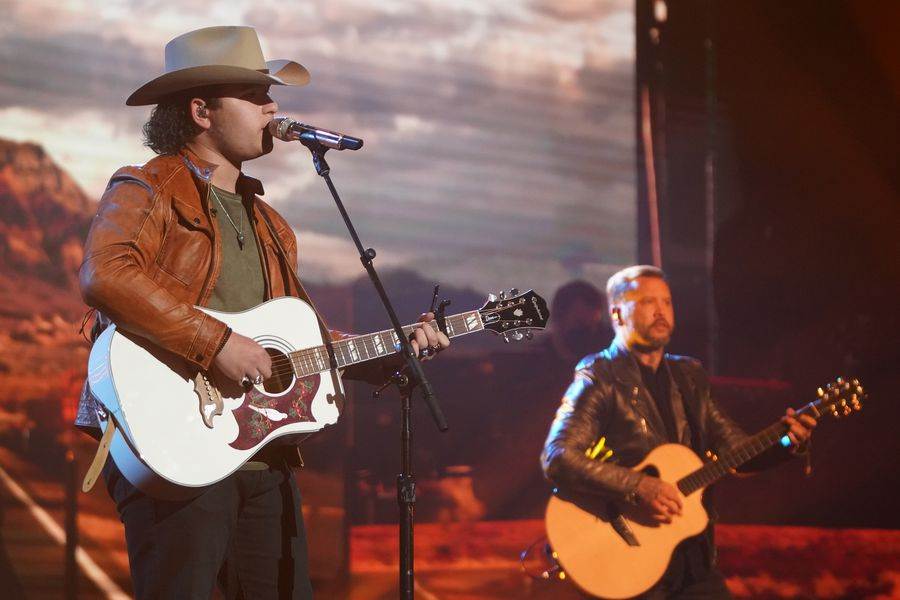 Caleb Kennedy – “On the Road Again”  – Caleb taking a step back from the gross and gritty modern country sounds leads to his best performance. He is comfortable on the stage, he is having fun, and looks like a pro. However…I’m a little over his schtick. Let me see your eyes, let me see some sort of emotion, and let me learn who the heck you really are as a person/artist. Hunter Metts – “Falling Slowly” – His brand of whisper singing is utilized wonderfully on this track from Once. However, he started weeping after ending the song incorrectly. No hyperbole, he wept. However, as Katy said, it was his best performance of the competition. Was there a brief issue at the end of the song? Yes. Did it hurt the performance? Not at all. I’m starting to fall in love with Hunter…what will Beane think?! 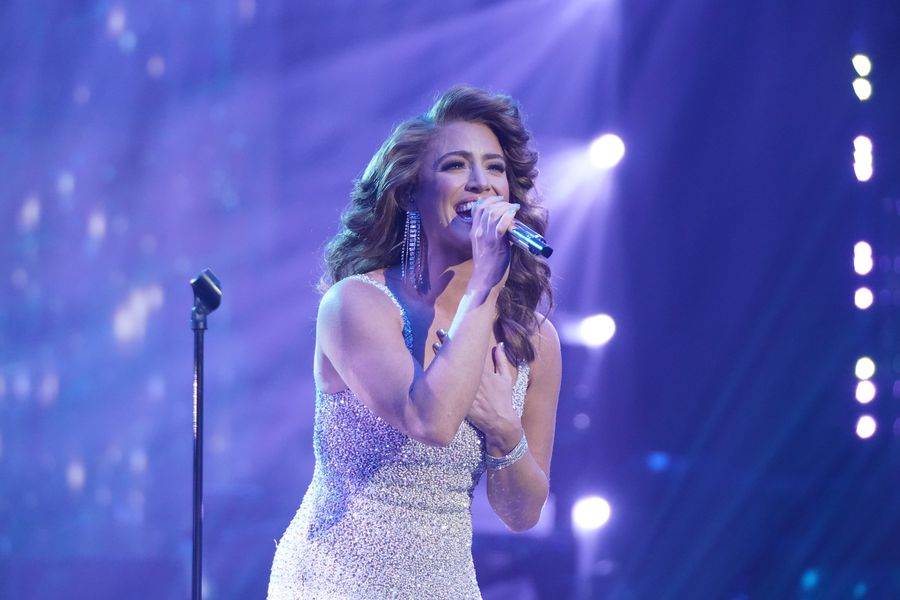 Madison Watkins – “Run to You” – The first theme night of the season is proof that these contestants cannot tackle personal song choice as of yet. Her voice was very nice, but it wasn’t the right song to highlight her vocal prowess. Last week’s true risk of “Hotline Bling” paid off, but choosing Whitney just wasn’t smart. I love me some Madison, but tonight’s performance is worrisome, and may foreshadow a conclusion. 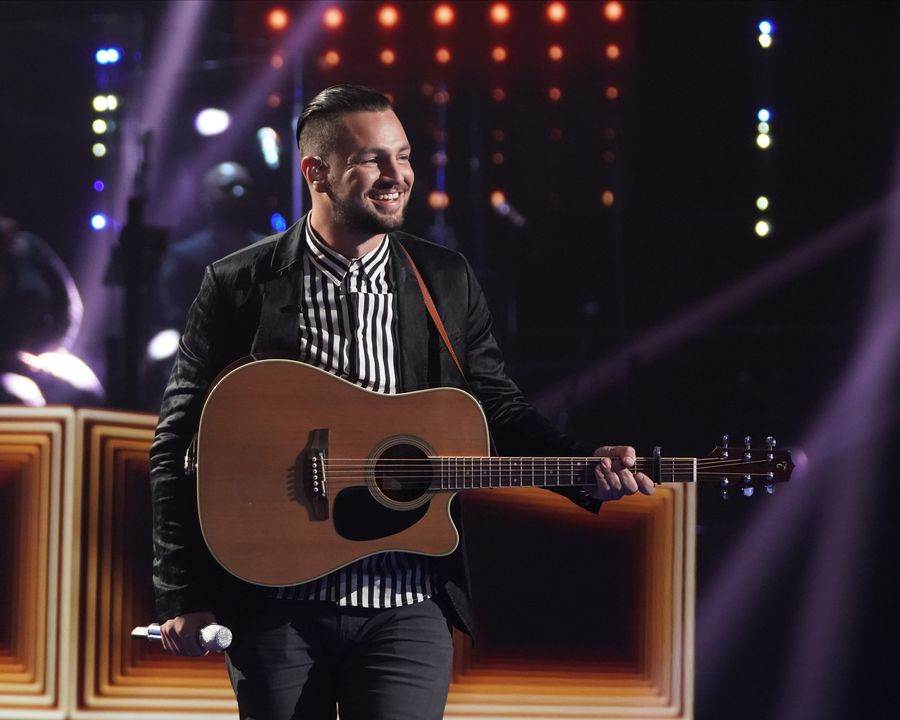 Chayce Beckham – “(Everything I Do) I Do It For You” – The definition of “phoning it in.” This performance left me feeling totally “meh.” I think I’m the lone dissenting voice? I’m not sure. I don’t know what else to say. Luke Bryan said he was the “front runner” and I wanted to barf. Lovely! Beane – “(I’ve Had) The Time of My Life” – After a guitar fake-out, his patented stage presence, and Ellen-adjacent dancing, he had the most genuine fun time this episode. Katy worried about the cheesy factor, but he was able to tow the line and create a fun performance. Would it have been better staying on the guitar? Yes. However, I still used all 30 of my votes on Beane. Whoops. 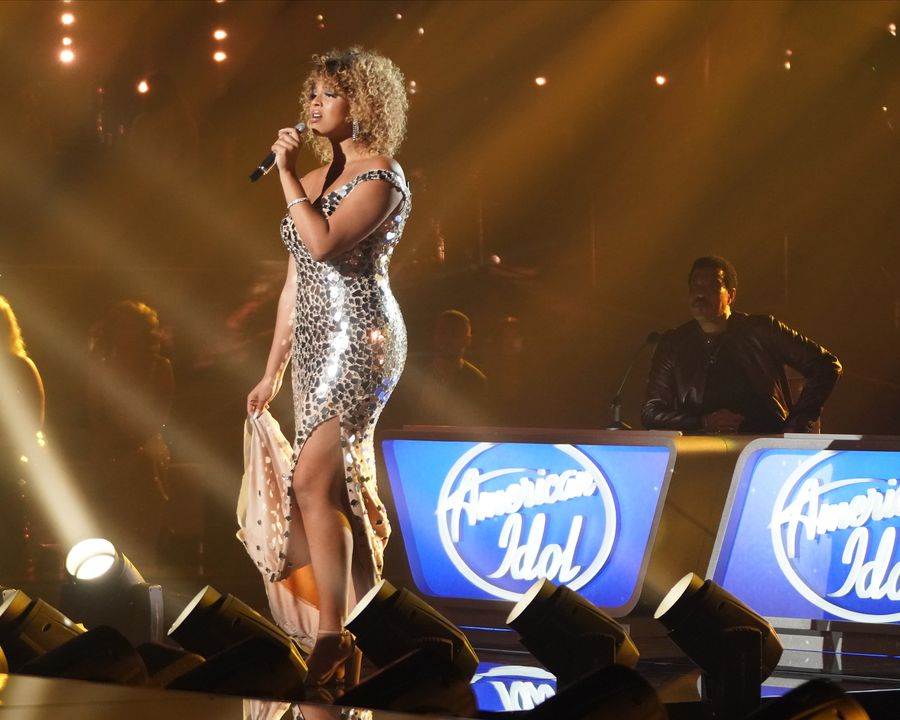 Alyssa Wray – “This Is Me” – I’m so sick of her hyper-enunciated and incredibly performative nature. Of course she’d sing “This is Me,” as she has tackled the same type of song every week. Alyssa is that one choir kid who would call herself a “singer” all through high school, even though she only sang the national anthem at a pep rally once. I’m just…done. Deshawn Goncalves – “The Way We Were” – Okay, Streisand! I want Deshawn on tour with a big band and orchestra singing standards and modern classics. He continues to surprise me with song choice and talent. Deshawn is it! 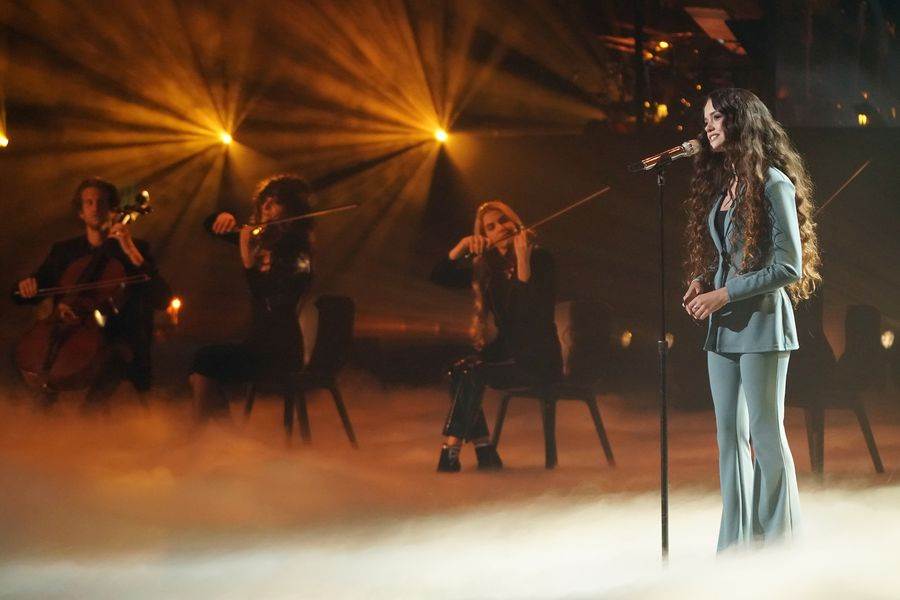 Casey Bishop – “Over the Rainbow” – She looked nervous, not being in her rock wheelhouse, but the performance was still wonderful vocally. Her belt remains absolutely nuts, her vocal power is palpable. I enjoyed this little trip into the standards from Casey and hope she gives us some more genre switching. 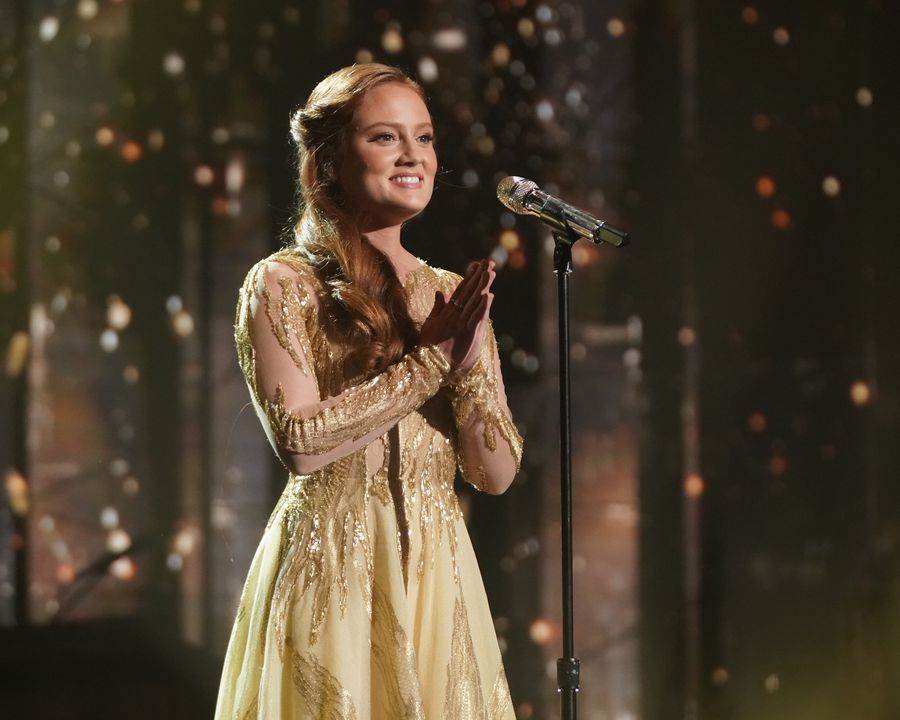 Cassandra Coleman – “Writing’s On the Wall” – How are you going to pick the worst Bond song ever for your performance? You had 25 choices and you pick Sam Smith’s Oscar-winning, yet famously hated, Bond theme? Ignoring that awful choice, Cassandra’s voice was nice. It was equal to everything we’ve heard from her thus far. Famed Idol recapper Michael Slezak mentioned yesterday on Twitter on Cassandra needs to choose a smaller song next week, as we keep getting these huge power ballad moments from here and a smaller, more insular track would do wonders for her voice. 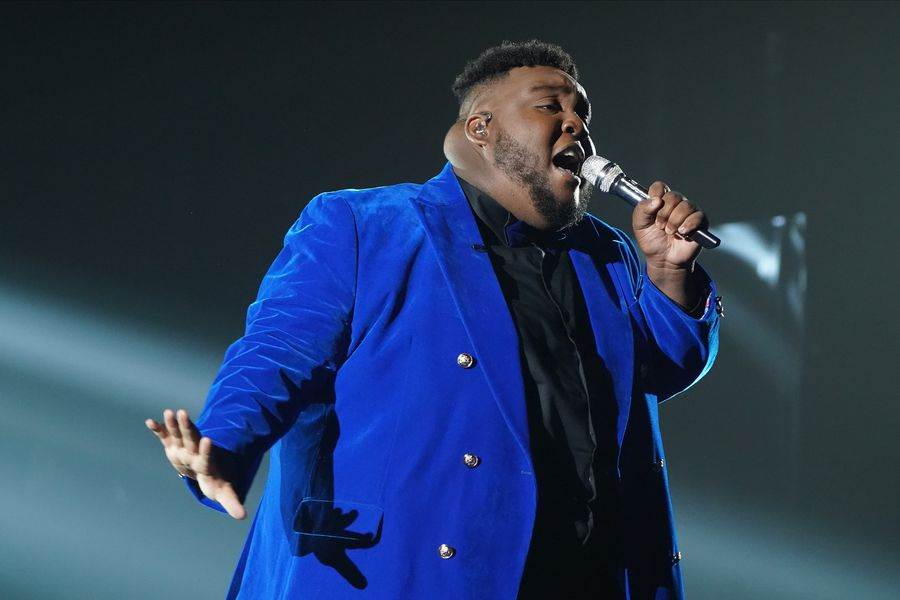 Willie Spence – “Stand Up” – Is this, once again, the same song he chooses every week? Darn tootin’. YET, what a brilliant choice this week. Katy’s utterly shocked face was seen and felt. The control over his runs? The power behind his performance? The need for me to now repent for all my sins? All three are in ample supply. After all the performances, the three leaving the competition were revealed to be Madison Watkins, Ava August (gasp!), and…Beane. Please don’t speak to me for at least 3 weeks. I need time to process. The contestants are going to Disney World, but I don’t care. I’ll see you all tomorrow night for our returning contestants from last season…if I can stop crying and get out of bed. I love you, Beane!