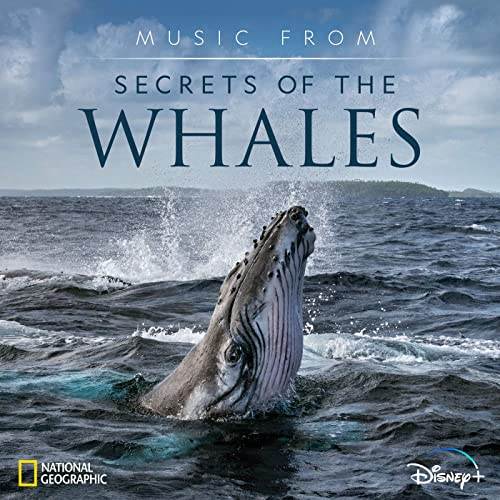 Ever since music was invented, artists have been inspired by the natural world, composing entire symphonies that attempt to recapture its essence. Raphaelle Thibault continues that tradition with Music from Secrets of the Whales, a soundtrack to the National Geographic four-part series that premieres this Earth Day on Disney+. But what does the ocean sound like in terms of music?

The answer, for the most part, is ethereal. Using pianos, violins, synthesizers, harmonicas and choral sounds, Raphaelle Thibault creates a masterpiece that feels like it incorporates the tones of the Cetaceans she underscores. There’s a majestic quality to the 55-minute, 20-track album that offers musical highlights from the series. In other words, this album is a perfect choice to accompany a relaxing bath, study session, or work day.

There is a main recurring theme that is easy to isolate, sometimes played triumphantly, other times somber. It kicks off the soundtrack with “Orca Dynasty,” which also happens to be the name of the premiere episode. It becomes almost a minuet on “Majestic Dances,” almost menacing on “Busy Waters,” and hymnal on “The Grandmother’s Playbook.”

A more solemn chord progression often creates dynamic suspense, exemplified on the track “Bubble Rings.” Another lesser used movement, best heard on “The Narwhal is Alive,” is among the most optimistic and inspiring pieces on the release. Thibault takes a tonal departure on “Underwater Maze,” where digital sounds introduce a piece that becomes more congruous as it goes on. “Nap Time” also feels experimental, much more percussive and staccato, offering more auditory diversity on the soundtrack.

Primarily relaxing and serene, Music from Secrets of the Whales by Raphaelle Thibault offers an auditory escape inspired by the oceans of the world and their largest inhabitants. It’s a beautiful and inspiring listening experience that stimulates feelings of calm through its ethereal qualities.