Disney’s For Scores podcast put out two new episodes last week themed to National Geographic’s recent Disney+ originals, Secrets of the Whales and Earth Moods. In this recap, I’ll cover highlights from both episodes, which allow fans to learn more about the composers behind the music, Raphaelle Thibaut and Neil Davidge. 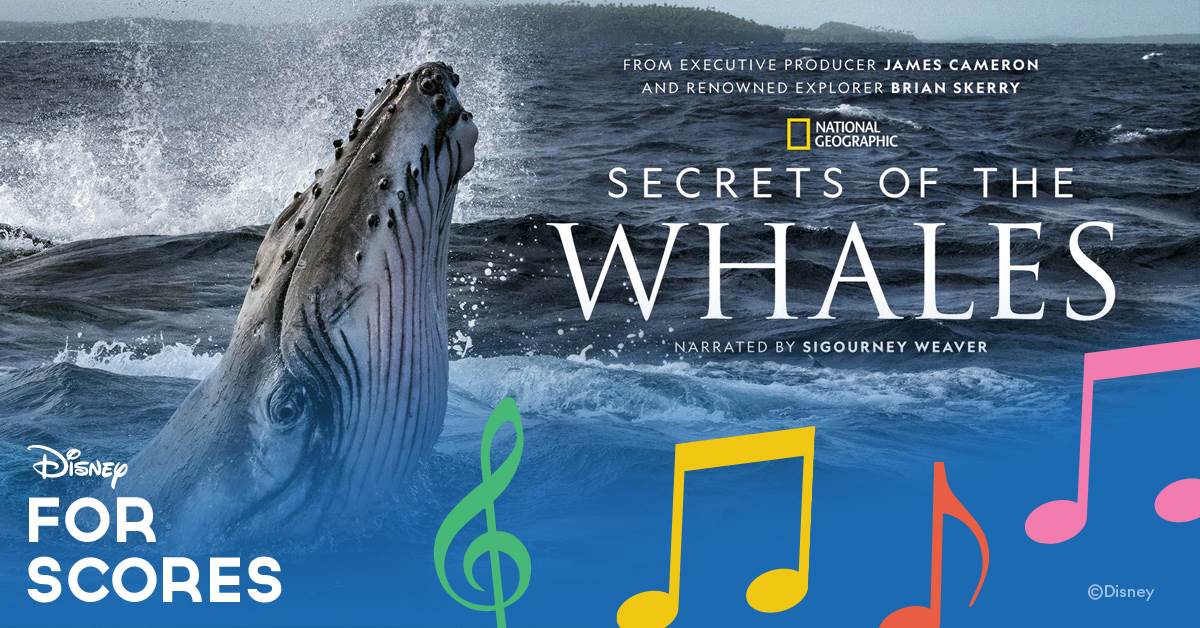 Raphaelle Thibaut was born with a hearing impairment that led to single-sided deafness as a young child. But at the same time, it also led her to music, with piano playing recommended by doctors to strengthen her ears. She spent 15 years studying classical music at the Conservatory in Northern France. Today, she hears just fine out of both ears, but isn’t allowed to dive underwater as a result of the pressure it creates. As a result, the composer of Secrets of the Whales has never seen one in real life.

When Raphaelle’s agents first contacted her about the project for National Geographic, it was only for the first episode. But as luck would have it, they liked her work so much that they asked her to score the entire series. One of the requirements given to her was that she not use whale sounds in the music because they would be using the real whale sounds captured by Brian Skerry. But she found a way to emulate whale sounds with synthesizers in addition to expressing the rolling of the waves with percussion and the creators loved what she created.

While the score was general to all of the species of whales, there was an exception that required a different approach. For the beluga whale episode, Raphaelle’s score needed to focus more on clicking sounds, which is how those animals communicate.  The score also gets personal at one point, reusing a theme she wrote when her son was born for the scene when the orcas hold a funeral procession for a dead calf.

While the production team wanted an orchestra, Raphaelle Thibaut produced most of the score as a hybrid with about 40% of what you hear coming from a computer rather than an instrument. Part of this was due to scoring limitations, but she ended up revising her score for National Geographic Live, which will offer Secrets of the Whales as a licensed film-to-score production next year. Also, the piano that you hear in the recording in the series and soundtrack is her own playing.

Another recent National Geographic project for Disney+ is Earth Moods, a screenscape experience designed to make viewers feel relaxed while virtually traveling around the world. Neil Davidge’s entry into music included working as a producer for the band Massive Attack, where he also wrote music and even played instruments. He transitioned to score when the band’s music kept getting used in films.

Like Raphaelle, David’s introduction to this National Geographic project came through his agent, who told him they had already used some of his temp music for the first episode. He approached it more like creating music for five individual films rather than a series and considers it the most enjoyable project he’s worked on in his music career because the creative team was hands-off and let him follow his own instincts.

Starting out was easy because the first episode was already using his temp music, but the themes of the other episodes required a lot more exploring and writing. While he prefers to work with organic sounds, he recognized that “Night Lights” lent itself well to synthesizers. Still, he kept as many organic instruments as possible and used them in an ambient way, including playing strings on a keyboard instead of their native instruments. Due to the pandemic, scoring was done by both the Prague Philharmonic, which David couldn’t be present for, and by the Bristol Ensemble in a local concert hall.