While the rest of the world (or at least Californians) are eagerly awaiting the reopening of Disneyland and Disney California Adventure, over here in Missouri, we’re excited about Silver Dollar City’s Street Fest. Taking place over three weekends in April and May, Street Fest is about to wrap up its food and entertainment festival — so we thought we’d fill you in on some of the offerings. Street Fest features a combination of specialty and seasonal menu offerings and unique live entertainment that includes musicians, magicians, and acrobats. Entertainment is included with admission, while menu items will come at an additional cost. Guests can also purchase a Tasting Passport, good for five samples, for $30. And if you’re so inclined, you can add a refillable souvenir mug for another $10 which comes with your choice of soft drink. Tasting Passports and mugs can be purchased ahead of time or at Hannah's Ice Cream Factory, Fry Bread, Dockside Grill and Hatfield's Tater Patch Tasting locations. We bought our Tasting Passport through their website before our visit and enjoyed 10% off with our regular Season Pass (Gold Pass holders can save 20%). At this time, Silver Dollar City is not requiring guests to make park reservations for their visit as they are safely able to manage demand. 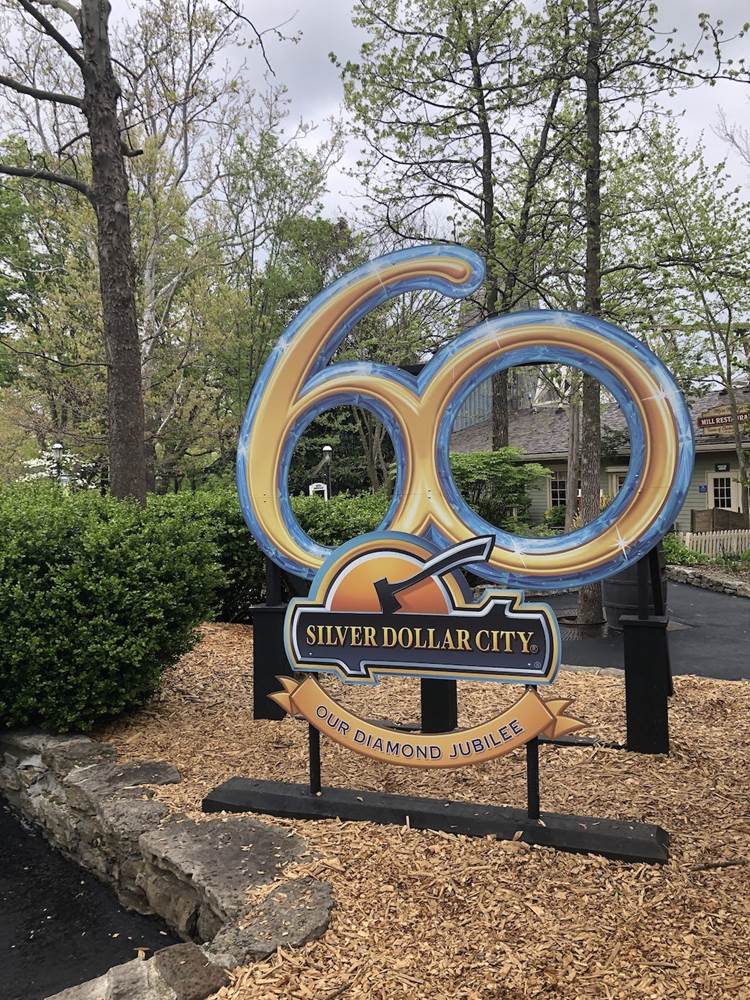 When we got to the park, we picked up our Tasting Passport and Mug at Hannah’s Ice Cream Factory. As mentioned above, your first beverage is included, but we opted for water. After we got our Passport we went in search of our treats. Along the way, we spotted a stilt walker decorated in greenery and flowers who was moving slowly throughout The Grand Exposition, providing some interesting photo opportunities for guests. Only a few steps later, we got to catch Eric One Man Band perform a song as he marched in time across the area.

Enjoying the many musical talents of Eric One Man Band at @SDCAttractions #StreetFest pic.twitter.com/HKyggRX9Ah

Later in the day, we came back to the front of the park to watch WeFlip perform some fun acrobatic stunts. Of course, there were many other performers, dancers, skaters, magicians, and more found at various venues around the park. 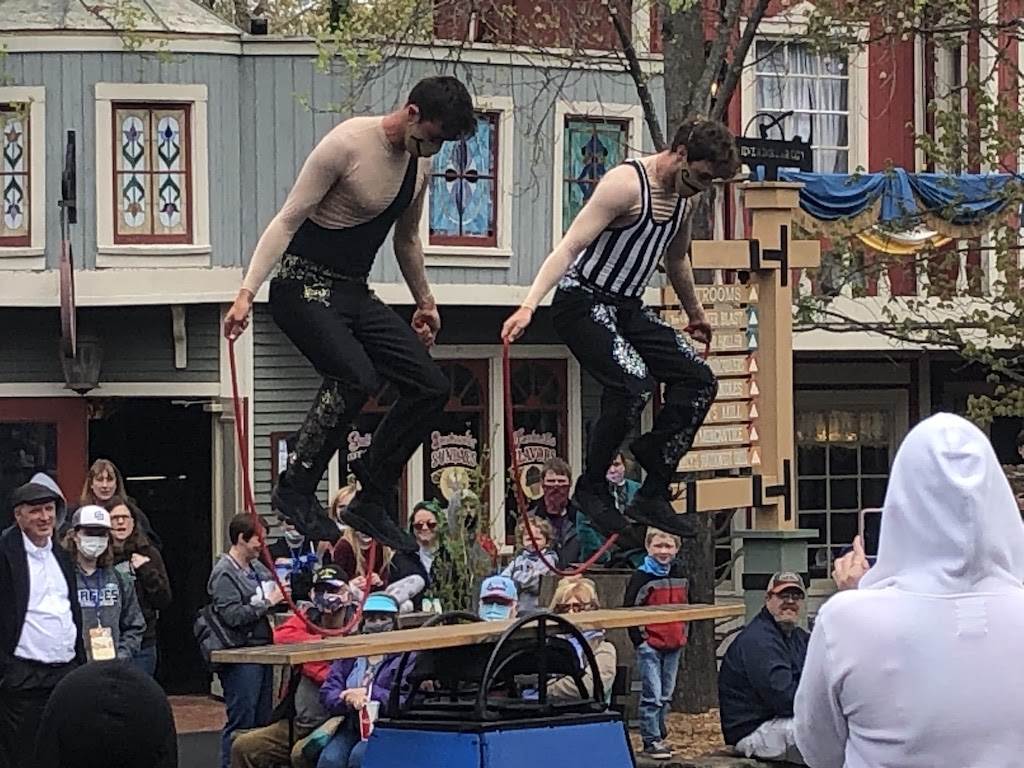 But, since the main star of this festival is the food, below is an overview of the five items we sampled with our Tasting Passport. We found the one Tasting Passport was enough for the two of us as the portions were sizable and we were trying all, well most, of our tastings within a three-hour window. Perhaps if we stayed longer or were coming back the next day, we’d have gotten a second Passport. To start off our tasting journey, we sampled these unique Potato Tumblers which initially jumped out as us simply because of the chorizo. Made from shredded potatoes (think hashbrowns) mixed with cheese and small pieces of chorizo sausage, these sounded like they’d be an instant hit. The outside was nice and crispy while the potatoes inside were soft and cheesy. Both tumblers were topped with avocado sauce which was essentially avocado sour cream, but unfortunately you could only taste it when sampling the sauce on its own. While the combination of flavors was good and the preparation was as expected, it was a bit disappointing as this snack was the least exciting of our samples. Yes, it’s something we’d eat again, but it won’t be making its way into our regular snack picks. 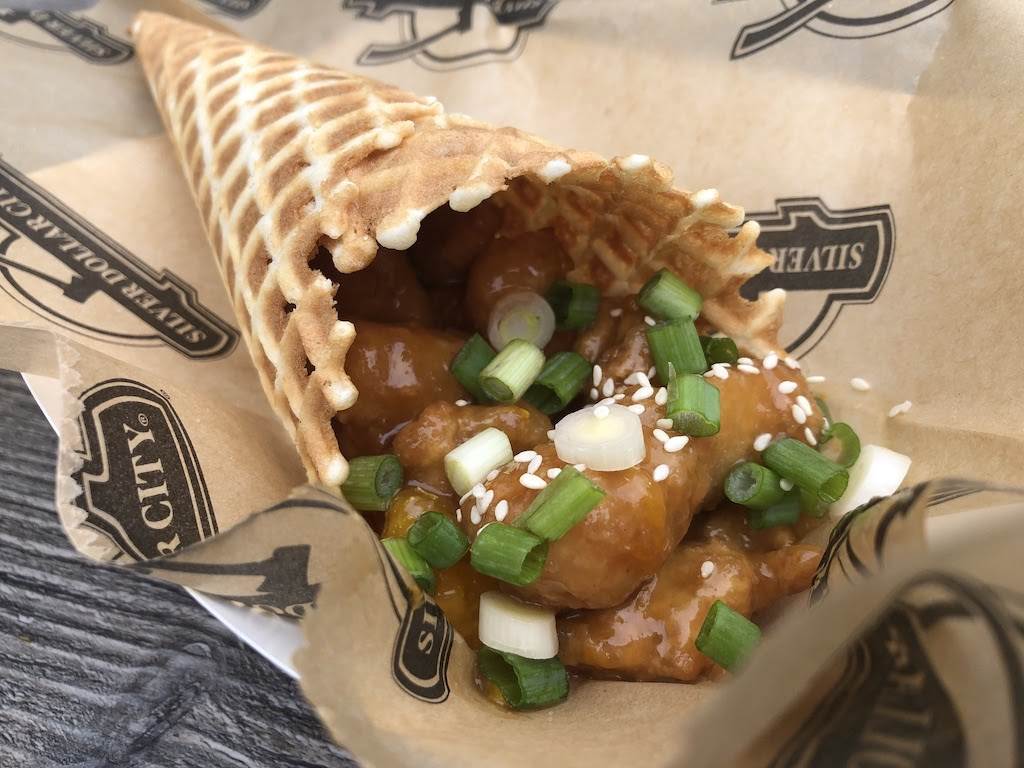 One of the items we knew we had to try when looking over the menu was this Orange Chicken dish served in a “fortune cookie” cone. According to a sign at this location, this item typically fetches $10.99. Of course, it’s hard to say how the “normal” version compares to this one, however it didn’t seem smaller. In theory, the cone could have been filled a bit less, but we digress. The orange chicken in this selection is pretty much what you’d expect — which is to say delicious. Compared to the standard Panda Express, this version is perhaps slightly brighter and lacks a bit of the spice that can sometimes be detected in other renditions. Adding to that, a few pieces of real mandarin oranges are mixed in with the chicken. And then there’s the cone that does indeed taste remarkably like a fortune cookie. Since these are made on the spot, you also get some softer spots alongside the crispy parts, making for a nice combo. That said, while we definitely enjoyed this, it’s not one we’d say we’d pay full price for in the future. While that may sound negative, it’s actually a plus for the Street Fest pass as it allowed us to try this unique item in a sampler format. Of the “savory” items we sampled, this was our unanimous (between the two of us) victor. It starts with a bed of half a dozen or so toasted raviolis, filled with a queso-esque cheese filling that contains an ever-so-slight amount of spice. On top of that is pulled carnitas, shredded cheese, corn salsa, and a dollop of sour cream. A cup of salsa verde is also served on the side. When you put it all together, this was a very intriguing and surprising dish that we couldn’t get enough of. In fact, of everything we tried, this is the one we’d be most inclined to buy again in larger quantity if offered. Warm and delicious t-ravs, juicy and tender pork, and addition of salsa — all made this one was a big winner. A triple scoop of ice cream might not sound like the most excitingly original culinary concept, but it sure sounded yummy. Plus, these weren’t just any ice cream scoops as the standard chocolate scoop was joined by a salted caramel vanilla as well as a French silk, which featured marshmallow bon bons. Oh! And they’re all homemade in good ol’ SDC. Not only are these three flavors we probably wouldn’t have tried together otherwise but also might have overlooked them entirely. That would have been a mistake as they were incredibly delicious on their own — and worked even better in concert. Of the three, the plain chocolate was obviously the least exciting, but it was well served in the center where it could be mixed with the more intricate flavors on either side. Overall, this was a great sweet treat we definitely didn’t regret getting. Did we mention that their ice cream is homemade?! 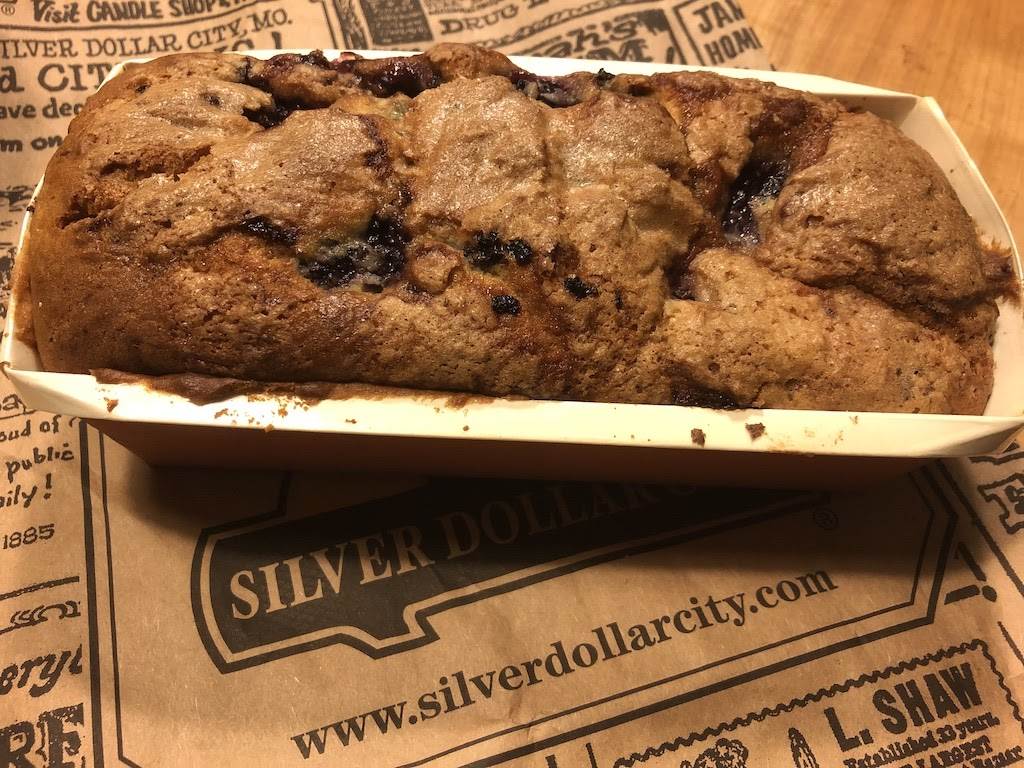 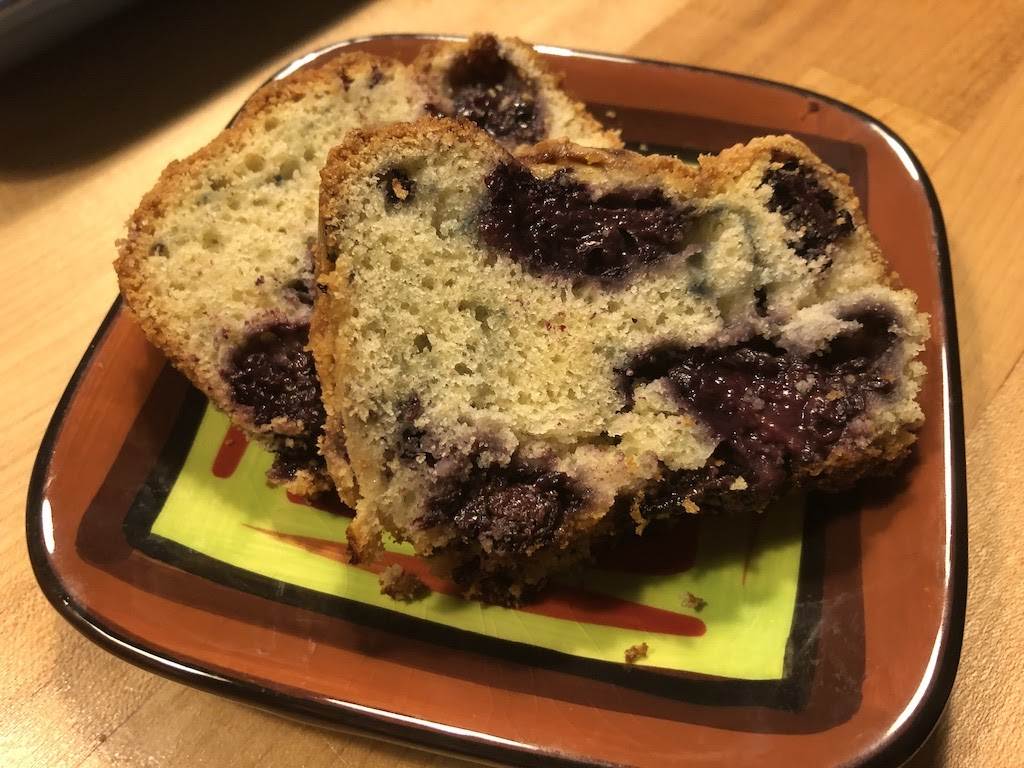 Finally, filled with four other savory and sweet items already, we elected to take our final selection home with us. It would seem as though Silver Dollar City expects this decision from other guests as Eva and Delilah’s — located just past the park’s main gates — offers three different options, all conducive to take-out. We chose the Blackberry Muffin Bread, which weighs over one pound! Not only was the loaf already wrapped, but we were also given a paper bag, making it even easier to transport home. True to its name, this loaf retains a muffin consistency and the blackberry flavor really came through. While tasty, the texture of the blackberries may be a bit of a turn-off for some. Still, this was another good choice and felt like a strong value.