ESPN2 and ESPN+ aired a special presentation of the NBA matchup between the New Orleans Pelicans and the Golden State Warriors tonight that turned the game into a contest of Earth’s Mightiest Heroes. “Marvel’s Arena of Heroes” put an Avengers twist on the game. 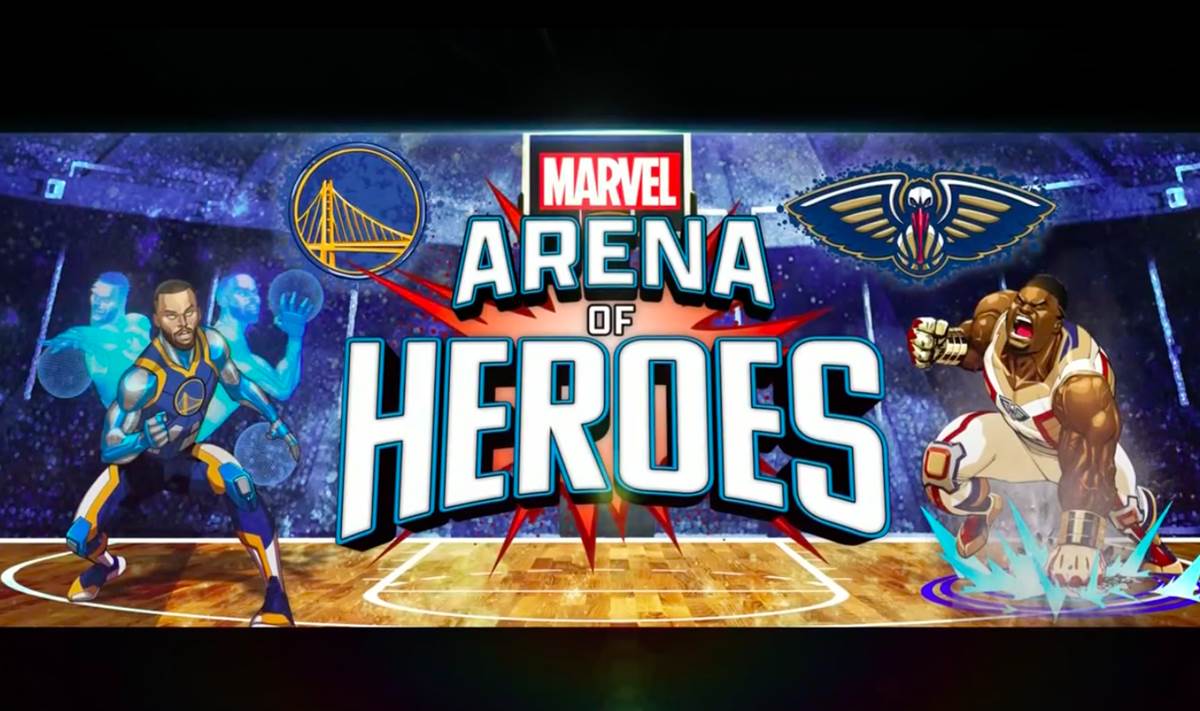 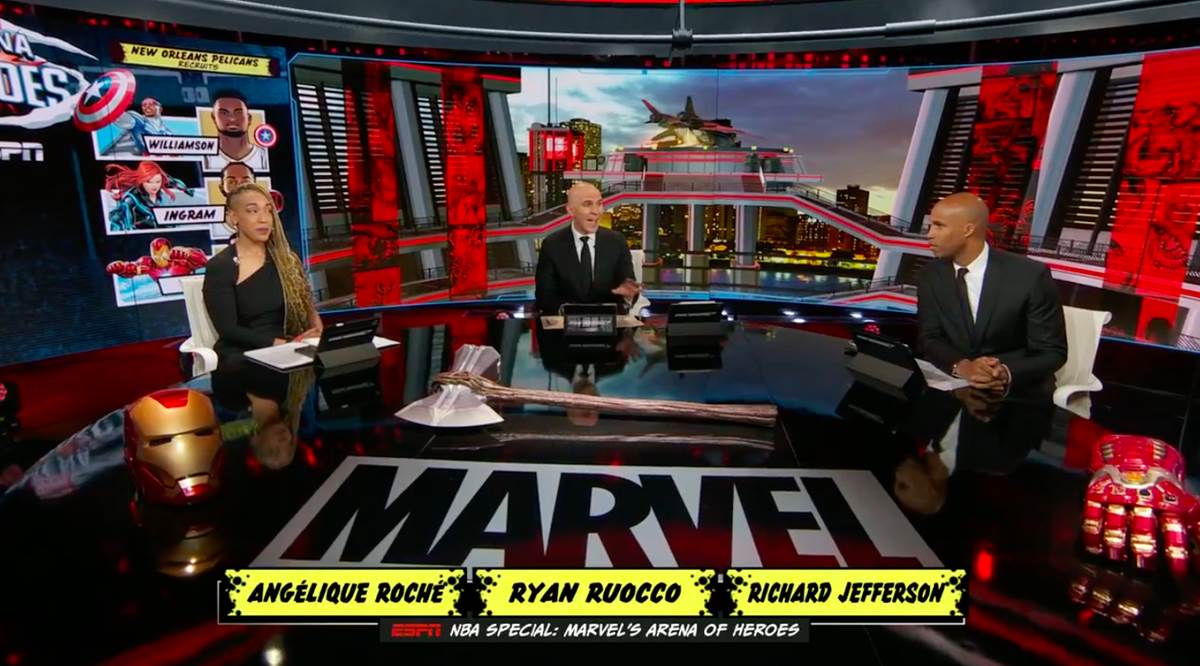 Ryan Ruocco and Richard Jefferson were joined on commentary by Angelique Roche, host and producer of the podcast Marvel’s Voices, who brought some superhero insight to the panel. The team brought their own fun to the game, with discussions about the Marvel Universe, quotes from the Marvel Cinematic Universe and excited Marvel-inspired calls of the game’s biggest moments.

As for the game itself, special graphics reminded us which hero was representing which hero and where they were on the court. Plus, some of the Marvel heroes even made appearances around the arena throughout the game. 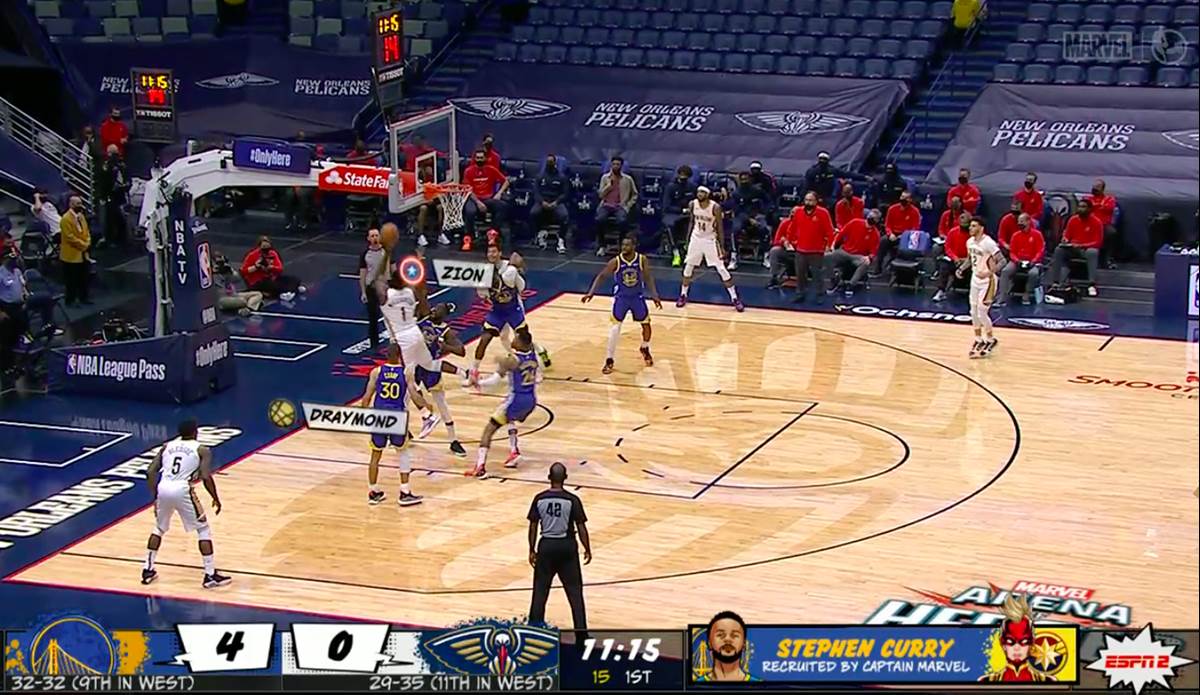 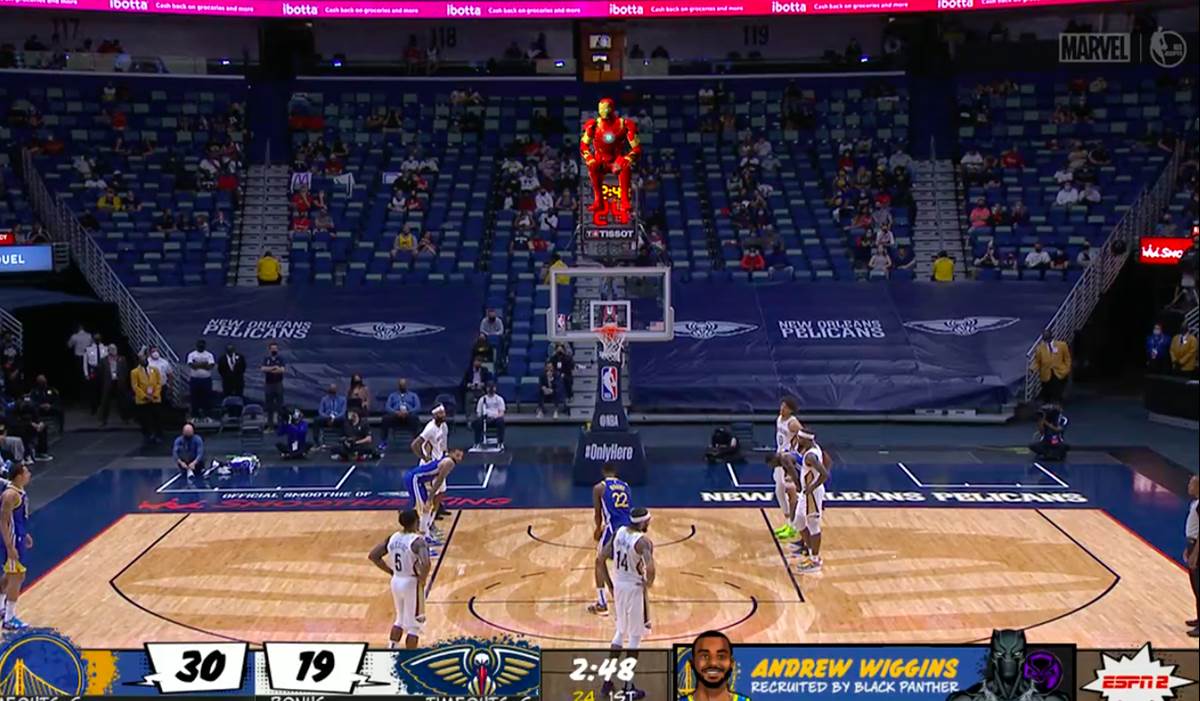 Captain America himself, Anthony Mackie, even stopped by for a discussion with the commentary team about both his experience as Captain America in the MCU and his home state Pelicans. Mackie also talked about how he wanted to be a professional athlete when he was younger and how he wishes he became Captain America when he was a little younger as well. All that, and he still found time to root for Zion.

The Pelicans made the actual game close but the Warriors pulled out the victory, which got their players an extra 10 Hero Points.  In the end, it was Draymond Green who racked up the most Hero Points with 38 and was named Marvel’s first champion in the Arena of Heroes. Excelsior! 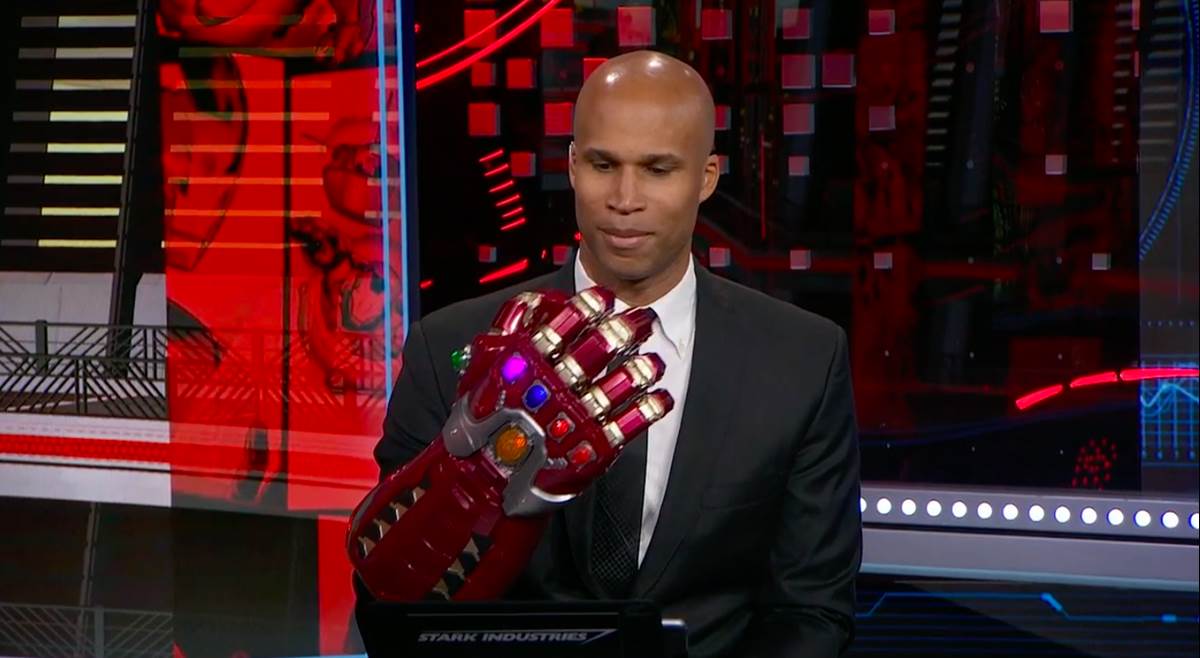