Earlier in 2020, Searchlight Pictures released the short film The Heart Still Hums at virtual film festivals. Today, the short became available for the masses to stream with its digital premiere on YouTube. Directed by Savanah Leaf and Taylor Russell, this 29-minute documentary film chronicles the intersection of drugs, homelessness and motherhood. 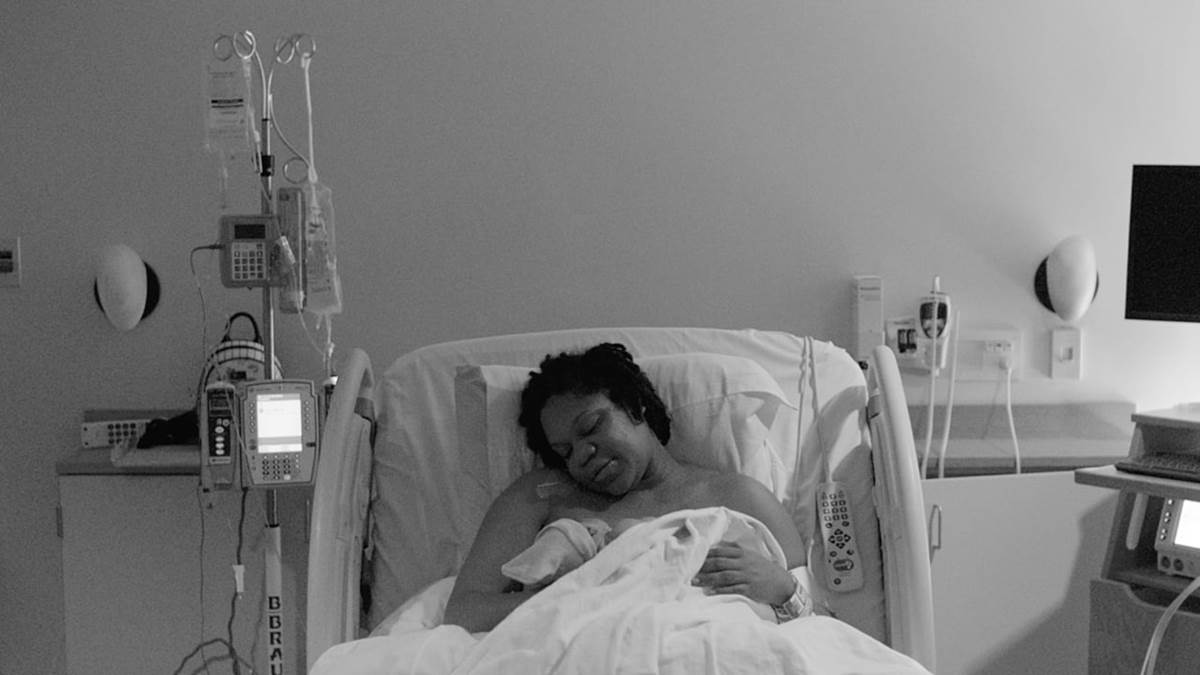 In Sacramento, California, two organizations and their founders assist young mothers and help them stay on their feet regardless of the outcomes. Chicks in Crisis founder Inez and Black Mother’s united founder Toni introduce viewers to five women in their 20’s, each of whom had to face motherhood without the typical support of a family or partner. They say it takes a village to raise a child and these two organizations are filling in some much-needed gaps.

Filmed in Academy ratio and in black and white, the short looks much more dated than it really is. Capturing the cinematic qualities of yesteryear, the framing device calls to mind watching TV as a child while the on-screen subjects are facing motherhood with limited resources. With the two organizations serving different populations, the decision to film in black and white also feels like it’s making a statement about the skintones of the women served by each organization.

Presenting things simply as they are with no apparent motive or agenda, The Heart Still Hums touches on the complicated emotions young mothers go through when faced with an unplanned pregnancy. In the case of Chicks in Crisis, Inez makes a statement that of the three options women have (abortion, adoption, or raising the child), most have already ruled out abortion by the time they reach out to her. But the film’s title mostly feels derived from the story of Megan, a 29-year-old who was homeless and made the difficult decision to give her son a better life by putting him up for adoption. We meet her some time after the separation and the part that really stays with viewers involves her describing the feelings of withdrawal for her child after the fact.

The stories of Becca, Megan, Jaunell, Tiffany and Alicia, the five women who seek help from Chicks in Crisis and Black Mother’s United, could easily make for a full-length documentary. The Hurt Still Hums settles on a pacing that really only gives a glimpse into each of their lives, making you feel grateful that organizations like these exist. At the same time, it leaves you thinking about the other failures of society that made their existence a necessity.

The Heart Still Hums is now streaming on YouTube.