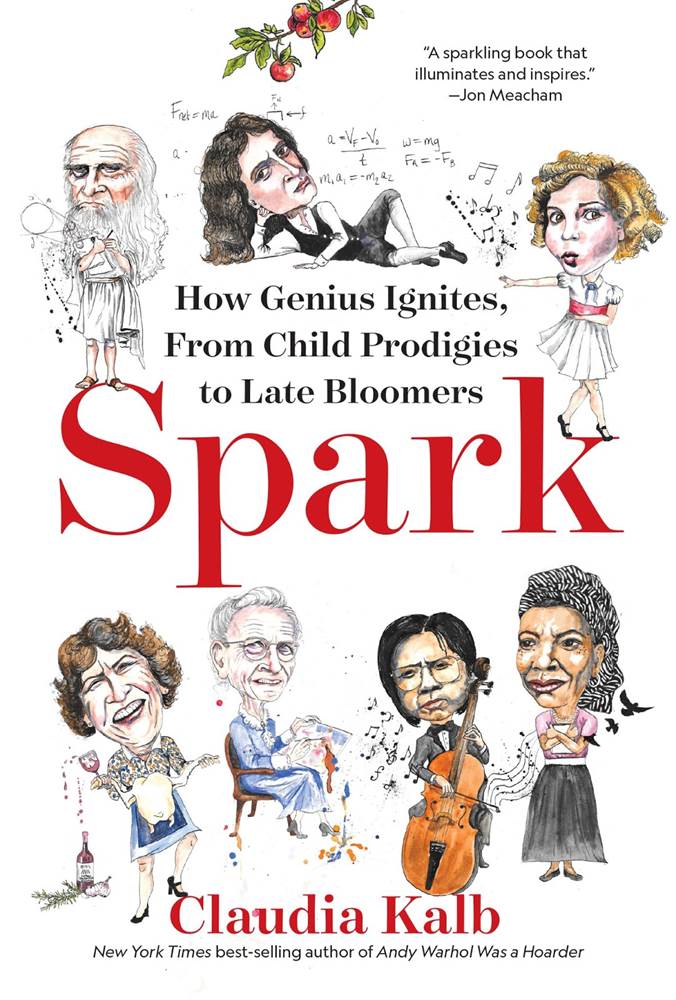 Scientists know that genius requires a mix of both nature and nurture, but they still aren’t entirely sure how geniuses are made. And when you consider that some are child prodigies while others demonstrate their talents later in life, it becomes an even greater mystery. In Spark: How Genius Ignites, From Child Prodigies to Late Bloomers by Claudia Kalb, readers will read profiles on twelve extraordinary individuals with scientific context behind their talents and abilities to better understand how they made such great achievements in their lifetime.

The book groups geniuses by the age at which they discovered their “Spark,” the inciting moment that drew their unique gifts out. Pablo Picasso, Shirley Temple and Yo-Yo Ma all discovered their gifted abilities in art, acting and music before reaching Kindergarten. One of the delightful surprises in the book is how often the paths of the great minds featured intersect as you keep reading. In the young adult category are Bill Gates, Isaac Newton, and Sara Blakely, who revolutionized personal computing, science, and shape-forming garments.

Far from a midlife crisis, Julia Child, Maya Angelou, and Alexander Fleming represent people who discovered their calling at a period when most are starting to wind down. The final three represent brilliant minds who came to prominence in their sunsetting years, Eleanor Roosevelt, Peter Mark Roget, and Grandma Moses. There is also an epilogue, a bonus thirteenth genius who’s own story perfectly summarizes the twelve profiled in the book, Leonardo da Vinci.

Throughout the twelve, technically thirteen dossiers assembled, Claudia Kalb pauses each profile to give readers more recent scientific and psychological information about each persona. She creates a fascinating dynamic, giving readers a personal story they can relate to before feeding them information about why they were the way they were. In that regard, it becomes a very humanizing psychology lesson while also inspiring readers to think about their own potential, regardless of their age.

Spark: How Genius Ignites, From Child Prodigies to Late Bloomers from National Geographic inspires readers by teaching them that you can teach an old dog, or person, new tricks. The median age of readers will likely be past the midway mark of the book and while all of the stories are inspiring, the later chapters are likely the ones you’ll connect with the most. Without being preachy, Claudia Kalb asks you to think about that voice of inspiration that you’ve been quieting inside you and finally listen to it. It just may be your own spark. 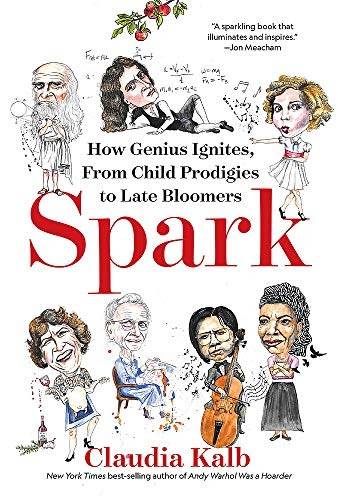 Spark: How Genius Ignites, From Child Prodigies to Late Bloomers