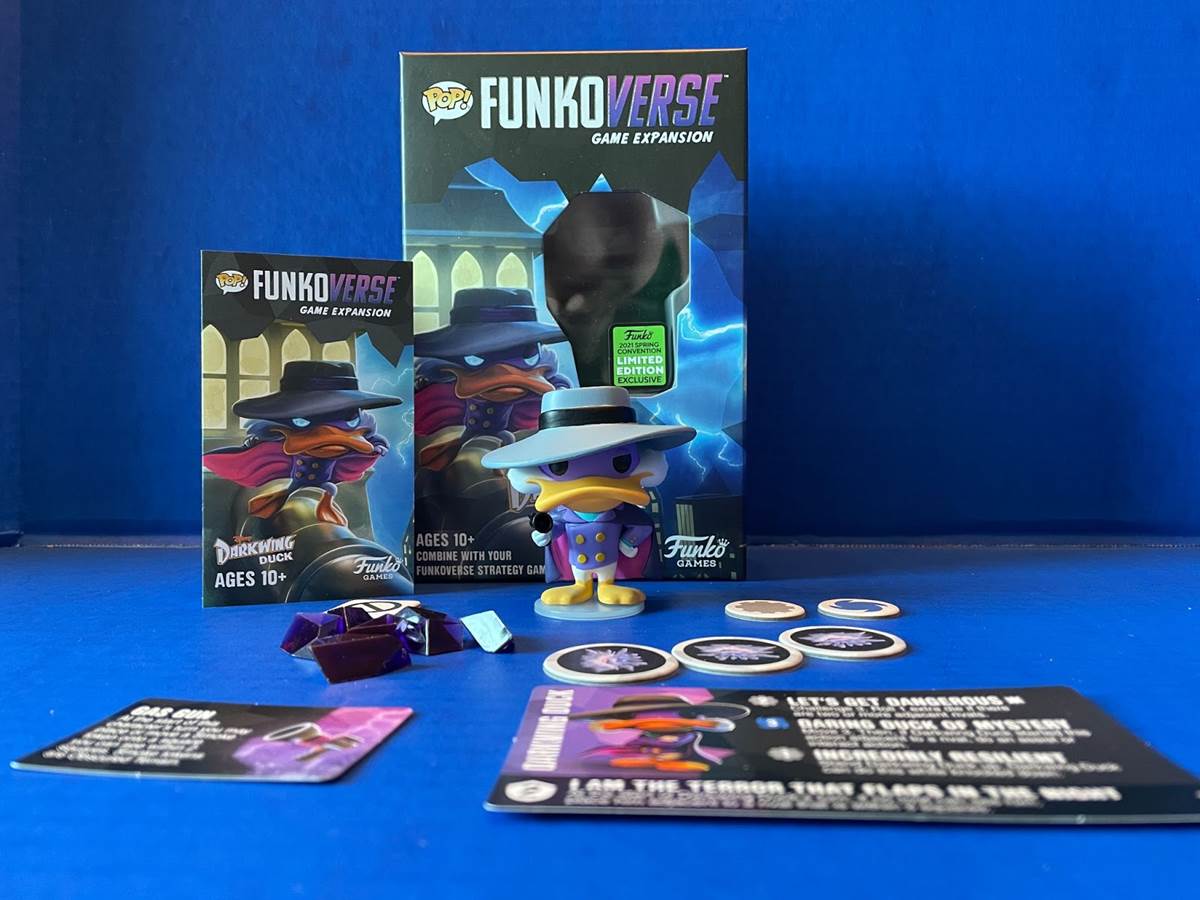 “When there’s trouble you call D.W.!” Pop! FunkoVerse recently got a lot more exciting with the Darkwing Duck expansion pack, the first Disney Afternoon character to be introduced to the game. Since this is an expansion, you will need a full Pop! FunkoVerse game set to properly use it, but with endless possibilities and the ability to mix-and-match, that’s not hard to do. 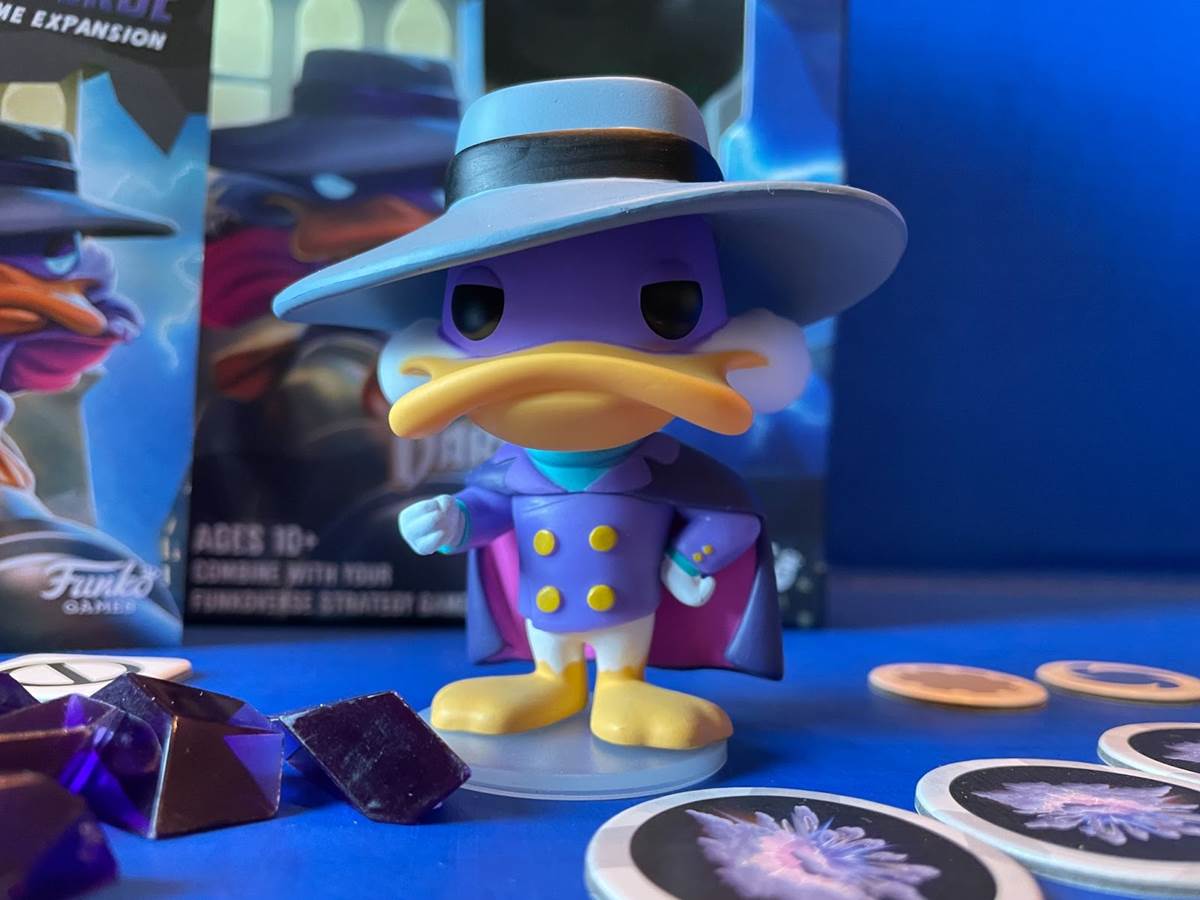 The set comes with an exclusive Funko Pop! Mini of Darkwing Duck and a base, along with points gems, special tokens, D.W.’s gas gun, and an exhausted marker. It’s everything  you need to add “The terror that flaps in the night” to your game. 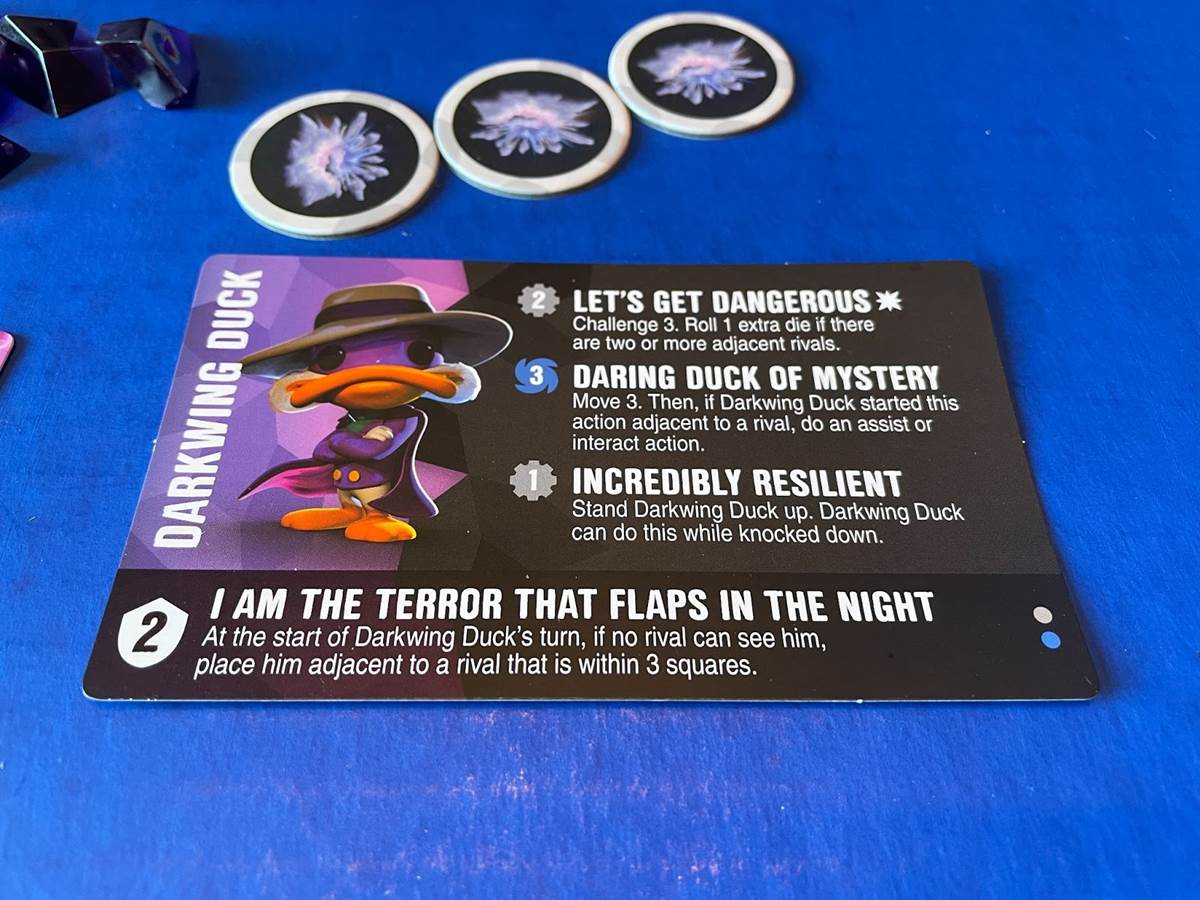 One of the character’s special abilities is called “Daring Duck of Mystery,” which allows him to jump out of action and return where he left off on his next turn. 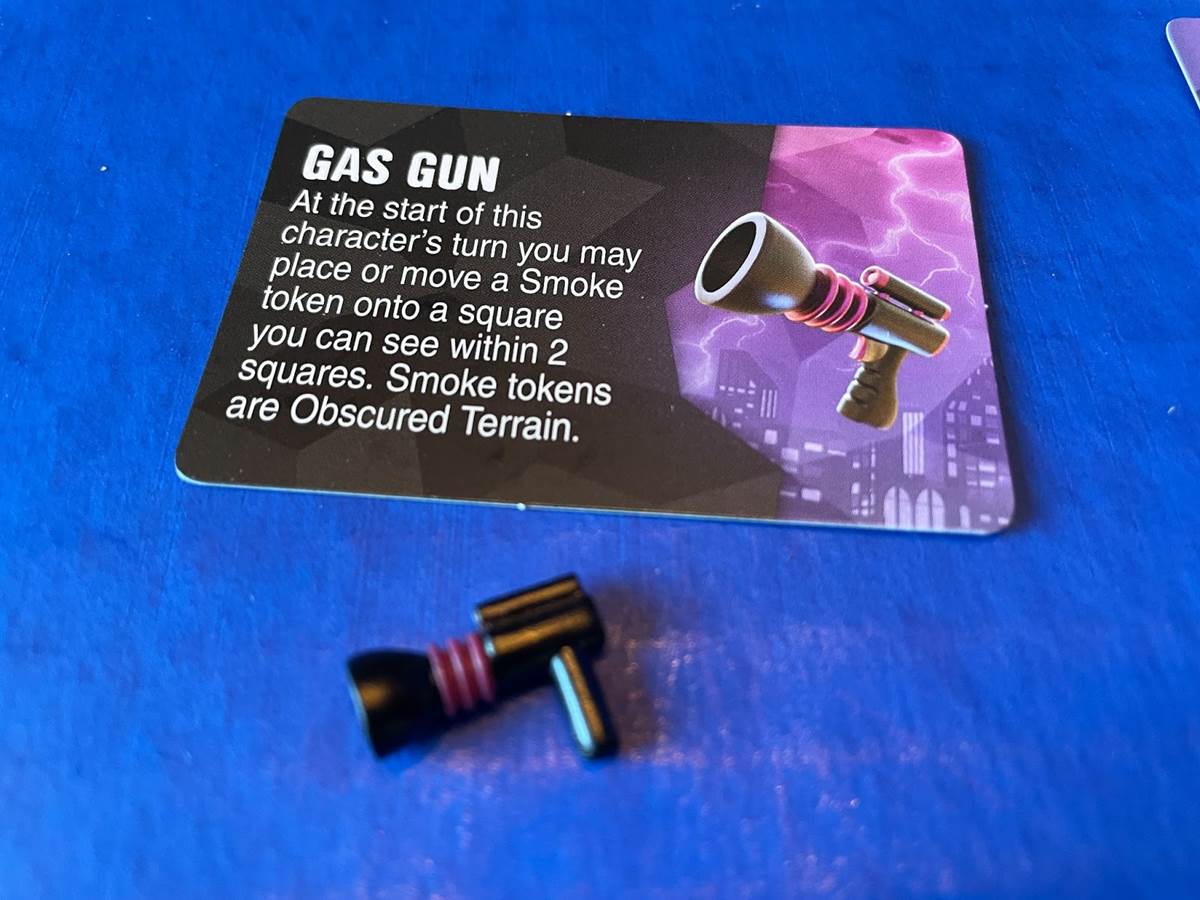 The Gas Gun, which fits into the figure’s right hand when in use, allows you to add smoke tokens to the board, which make it harder for opponents to get close enough to attack. 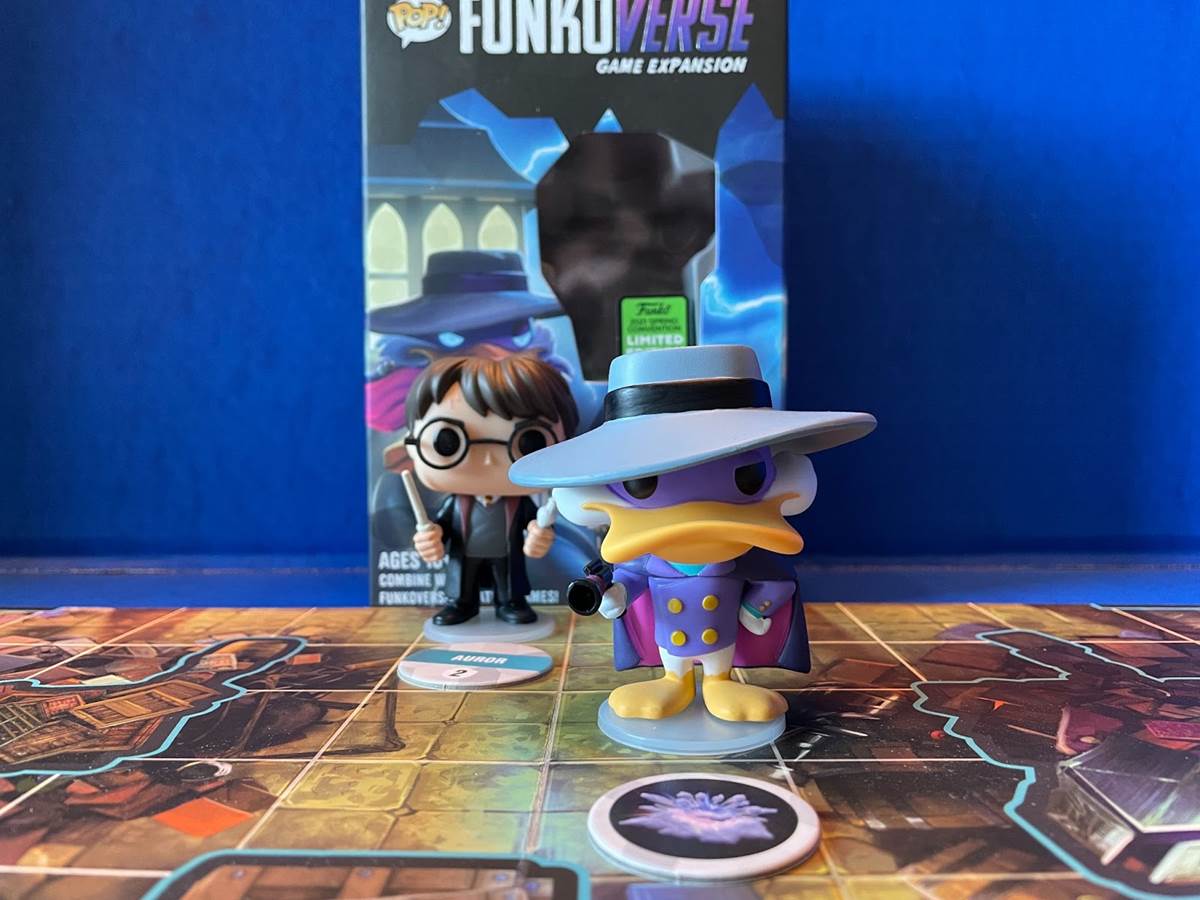 Part of the fun of Pop! FunkoVerse is building the team that works best for you. You won’t really know if that’s Darkwing Duck until you try him out, but even if he doesn’t become your must-have sidekick for future battles, you still get a charming and detailed Funko Pop! Mini figure that you can display anytime you need a dose of Disney Afternoon happiness. 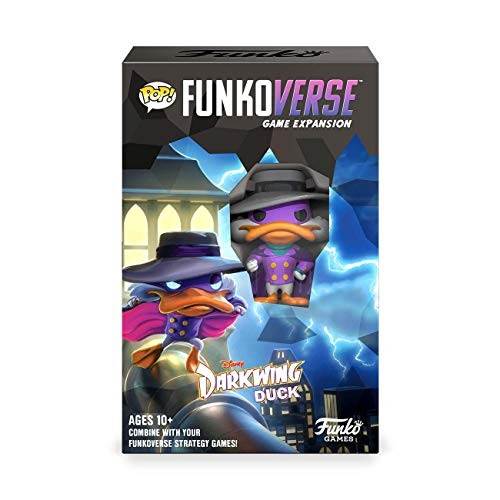