Book Review: “The Art of Raya and the Last Dragon” Takes Fans to Kumandra and Beyond

The latest ‘art of’ book in the visually enthralling Disney series is perhaps even more impressive than the books before it.

With a more detailed contents guide than those in the series that I have reviewed in the past, The Art of Raya and the Last Dragon by Kalikolehua Hurley and Osnat Shurer, published by Chronicle Books, takes an especially deep dive into the background, characters, themes, worldbuilding and animation savvy behind the Walt Disney Animation Studio’s latest large-scale animation masterpiece. 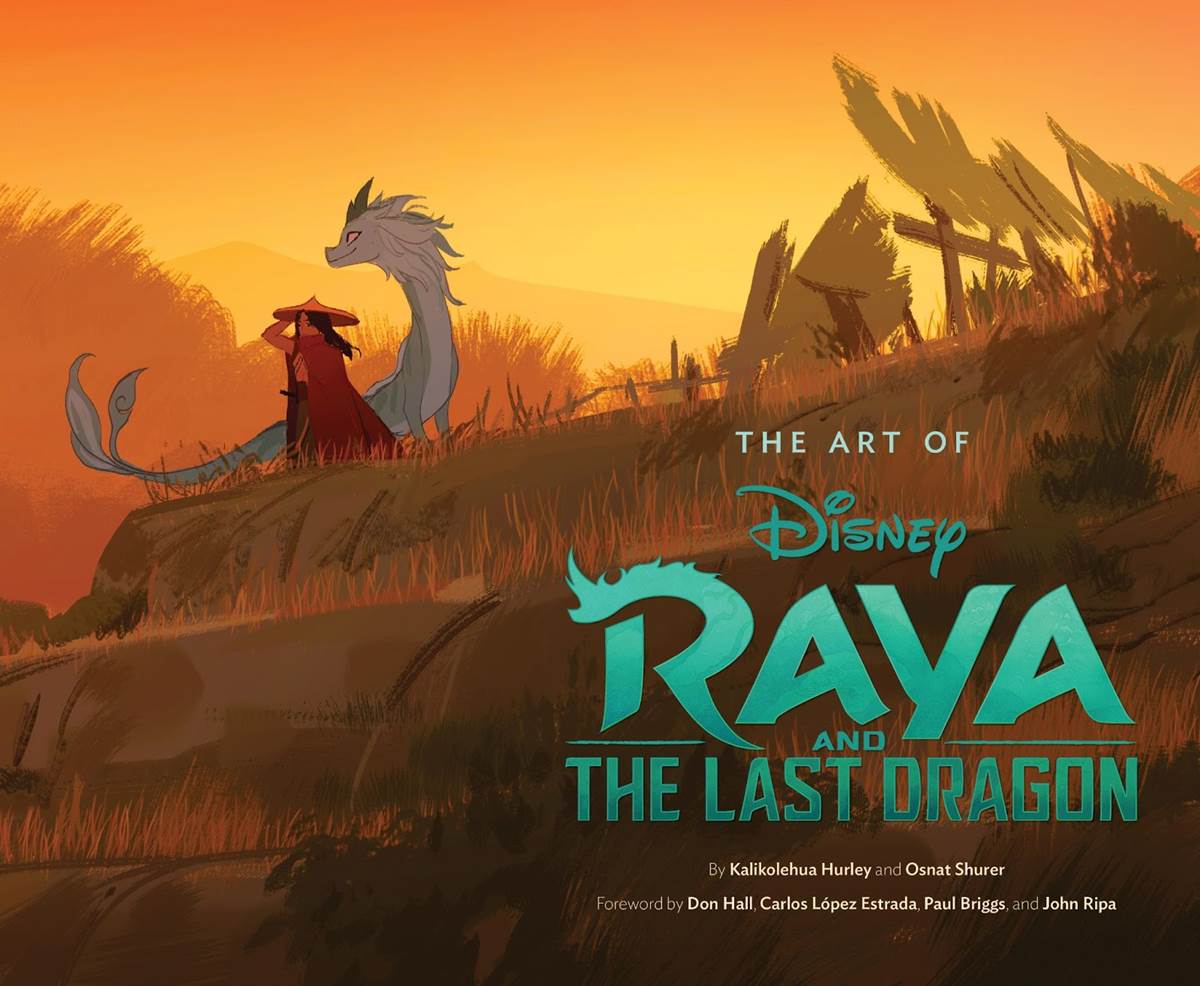 I find it particularly engaging, as I did in this book, when the master creators at Disney talk about the challenges they faced and how they worked to overcome them. It is interesting to learn how sometimes those challenges add depth and dimension that may not have otherwise been discovered:

“Raya is, and has always been, a warrior. ‘Raya was forced to leave her home early in the story,” muses director Carlos Lopez Estrada, ‘and had to learn to raise herself in order to survive.’ But warrior characters can be hard to relate to,’ director Don Hall continues, ‘so we had to balance Raya’s tough exterior with many rich layers of personality.’”

Rich cultural inspiration at every turn

The book also explores the rich cultural inspiration behind the setting, story, costume and characters. For example, Sisu is said to be inspired by the naga which are powerful, mythical beings of Southeast Asia that are usually associated with bodies of water. The Talon lands – the trading crossroads of the five lands in the story (Heart, Tail, Spine, Fang and Talon) – are filled with stalls containing fresh produce and fantastical items, similar to those found throughout Southeast Asia, as are homes and businesses adorned with flowers, fruits and other offerings in the hope that spirits will congregate there and provide good luck.

The Art of Raya and the Last Dragon also explores where Disney creators embraced their artistic license and changed things up for the story: Spine’s climate is cold and snowy, which is unlike much of Southeast Asia, though the artists tried to keep the multi-windowed high rooftops reminiscent of buildings found in Indonesia and Laos. Instead of ventilation for heat, Spine rooftops ventilate smoke from a fire, which creates a sense of, as Visual Development Artist James Finch describes it, “mammoth warm.”

Environment Modeler Virgilio John Aquino paints an inviting picture of his upbringing in the Philippines which gives us welcome, personal insight into what makes the creators tick:

“Where I grew up in the Philippines, most homes are decorated with a large wooden spoon and fork, a cultural staple that represents health and prosperity. Families invite friends and neighbors to all come together and share fellowship over a nice, warm meal.”

Moving themes that keep us coming back

Against these rich cultural backdrops lies the five lands of Raya’s story and what they tell us about each of the clans: Fang is all about power, Spine is home to Kumandra’s fiercest warriors, Talon is a trading post and melting pot of merchants and travelers, Tail is the most remote land full of outliers and explorers, and Heart – Raya’s homeland – is the spiritual center of what once was the almighty Kumandra. While these characteristics were made clear in the film, the greater context gives fans a deeper, more meaningful understanding of Raya’s story – and of how hard Disney artists work!

The power of unity

“Fundamentally, Raya and the Last Dragon is a film about the power of unity… It’s a story about a group of individuals from very different backgrounds and ideologies who learn that working together will allow them to accomplish something much greater than they ever could on their own.”

Disney achieves this time and time again with its animated films and Raya is no exception. Thanks to books like The Art of Raya and the Last Dragon, fans will graduate from simply a gushing love of Tuk Tuk (which remains intact, obviously) with an understanding and appreciation for the art of the film –  technically, thematically and beyond.