Estella Before Cruella: “Hello, Cruel Heart” Destined to be a Disney Fan Favorite

Author Maureen Johnson’s Hello, Cruel Heart is an origin story every Disney fan should be excited to read. The fact that it is based on Disney’s Cruella De Vil (the fabulously cruel villain from 101 Dalmations) is just a bonus – the story itself is exciting, heart-wrenching and plain genius. 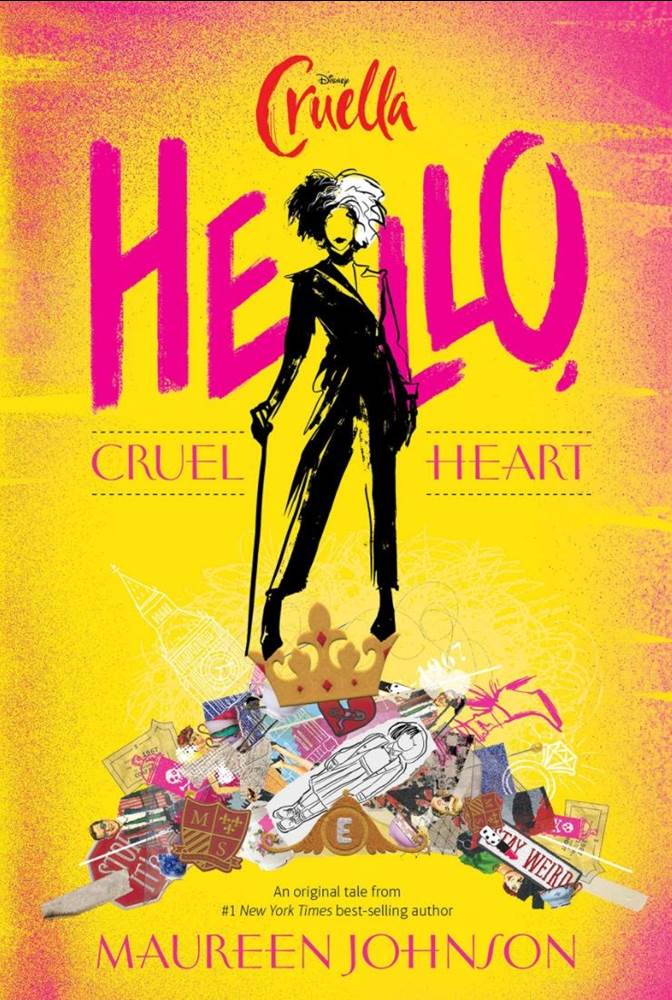 What is Hello, Cruel Heart about?

Estella is a gifted and ambitious sixteen-year-old who dreams of becoming a renowned fashion designer for her cutting-edge creations. After suffering a tragic childhood, Estella arrives in London and finds herself stealing all the high-end silks, furs and other materials to spur on her creative desires, as well as nabbing many a wallet and watch to help her and her two thieving pseudo-family members, Jasper and Horace, put food on the table. The swinging summer of 1967 in London kicks off and little does Estella know that the summer brings with it even more opportunity than deep tourist pockets and bustling department stores.

After a chance encounter with two young scions of high society, Estella is thrust into the lifestyle of the rich and famous while designing some of her most exclusive fashions to date. While trying to keep her alter ego, Cruella, at bay, Estella maximizes on living life to the fullest, complete with exclusive parties, fine eateries and even dating a famous musician. But what is the true cost of keeping up appearances at this level – and is it a price Estella is ready and willing to pay?

Cruella is a small voice in Estella’s big back story

One of the main things I loved about Hello, Cruel Heart is that Johnson showcases exactly why she is a #1 New York Times bestselling author. The story is thoughtful and well mapped out while the storytelling is rather simple and straightforward. (No need to complicate things to make a story interesting.) While we have met Cruella, Jasper and Horace before in Disney’s 101 Dalmations, we do not know them at this point in time, nor do we know just how pivotal that summer of 1967 really was for these characters, Cruella in particular. The plot is original and well-executed. Despite rags-to-riches stories being nothing new, this book adds appropriate pace to the rise and fall timeline such that the question “when will this lavish lifestyle all go south?” will be at the forefront of readers’ minds keeping them engaged until the very end.

I was delighted to chat to Maureen about all things Hello, Cruel Heart.

Maureen, thanks for chatting to us here at Laughing Place.

Maureen: It’s the next best thing to being at Disney World!

From productions and shows, studying theatrical dramaturgy, working in a haunted house theme restaurant, and living in Las Vegas, you have had an interesting career journey! Tell us a bit about how you arrived at this point and what you have learned along the way.

Maureen: That’s quite a long story. How much time do you have? It’s best if I sum it up: make your personality quirks into a career.

What can you tell us about your experience working on Hello, Cruel Heart and how it differed from working on other novels you have written?

Maureen: I had a lot of material to start with. I sort of think of it in the way that Estella might think about creating a piece of fashion from a pile of materials—you get a bunch of raw tools. In many ways, this aids creativity. I knew what I was working with and then I got to play!

Did you enjoy writing with and for Disney? 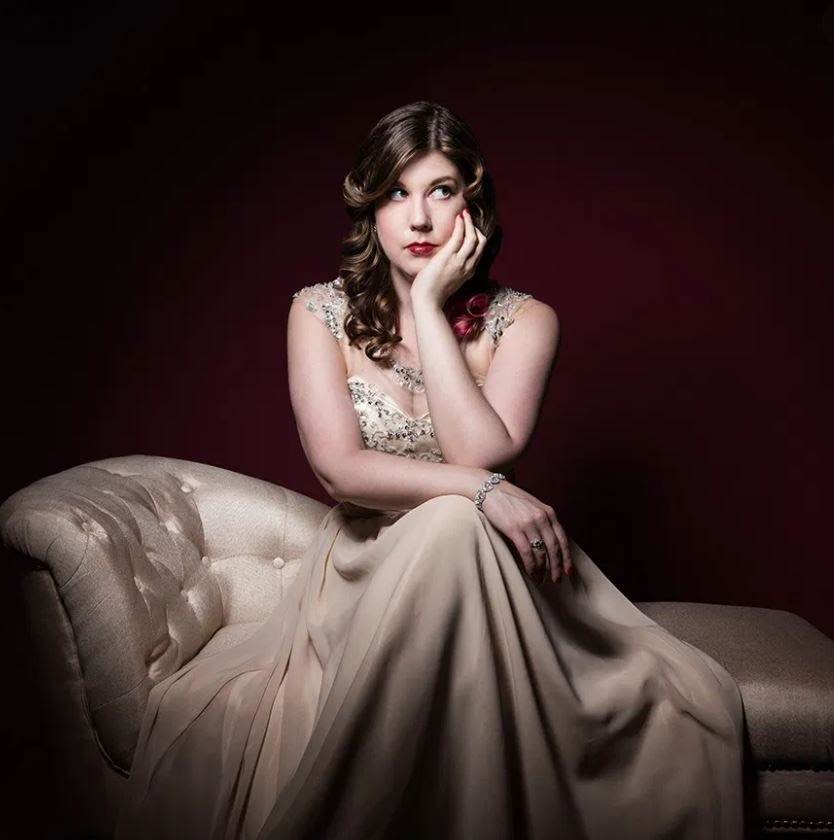 Without giving too much of the story away, what were some of your favorite parts of the story to write and why?

Maureen: I got to immerse myself in Swinging London—in 1967—in one of the most colorful, weird times possible. This book is full of music, of clothes, of strange parties and odd people. It’s rock and roll and feather boas and driving to Stonehenge in the middle of the night. Cruella has some fun. It doesn’t all work out, but she has a lot of adventures along the way. I used a lot of real people and places in the book. The names I drop, the locations, the shops—most of them are real. Cruella gets to be neighbors with Mick Jagger and go to the coolest boutiques that probably ever existed.

Tell us a bit about how you struck the balance between writing about a Disney character and exploring a whole new, original story all your own?

Maureen: Cruella de Vil is famous from the Disney films, but she is a Dodie Smith character! I went to two other Dodie Smith books, actually: The Starlight Barking and I Capture the Castle. The Starlight Barking is an incredibly strange and fun book where all humans fall asleep and only animals are awake. A space dog grants them magical powers and offers them an opportunity to come into the stars with him. Cruella is in that book, but she is asleep. It’s kind of great, but it’s really not what you might expect. I Capture the Castle is just one of the best teen novels ever and everyone should read it. It has nothing to do with Cruella—it’s just great, and it the highs and lows of being a teenager. It’s also very funny. I took that feel and then went into the world that’s been created for Cruella—which is a fun, explosive, punk caper. Then I dialed it back several years to the Swinging 60s, adjusted for Cruella being a teen, and here we are!

What elements of Cruella’s character were most important for you to explore in this story and why?

Maureen: Her insecurity. Cruella is the nasty voice inside of Estella that tells her she can’t trust other people.

Who is your favorite character in Hello, Cruel Heart and why?

Maureen: There are two characters called Magda and Richard who come into Estella’s life. They’re a pair of siblings, very rich, very connected. I was able to pour a lot of specific things I knew about London at the time into them. I don’t want to reveal what the ultimately get up to, but they were a lot of fun for me.

We love that this story is set in the 1960s and explores the high fashion London scene. What resources did you look to for inspiration for this story?

Maureen: It’s genuinely embarrassing how much of this I knew off the top of my head. I’m obsessed with late 60s London and I always have been. Always. So I was ready to write this book. It’s possible that I have never been more ready to do anything. So I was able to pour in so many things I loved into the story in detail—things like the design collective, The Fool, who worked with the Beatles and ran around London in rainbow colored capes, painting murals, playing flutes, and making the wildest clothes anyone had ever seen. All the music that came out of London at the time. All the art. All the colors. The mysterious boutiques with the painted over windows. And while that was going on, the same London was full of crime, of buildings still damaged by the war. I put Estella right in the middle of it all—the rock music, the hideouts in the rubble, the gangs of thieves, and the revolutionary fashion.

What do you ultimately hope readers get out of Hello, Cruel Heart?

Maureen: A trip to the streets of Swinging London—the music, the fashion, the fun.