As we get closer and closer to the opening of Avengers Campus at Disney California Adventure, we continue our look at some of the Marvelous details that will be found in the new land. We know Spider-Man can do whatever a spider can and when Avengers Campus opens, we’ll get to see it in person. It was all the way back in 2018 when we learned that Disney’s “Stickman” project had evolved into the Stuntronics project and could potentially have theme park applications. From the moment we got a glimpse of this animatronic soaring through the sky, superheroes seemed like the obvious choice for those potential applications.

“So what this is about is the realization we came to after seeing where our characters are going on screen, whether they be Star Wars characters, or Pixar characters, or Marvel characters or our own animation characters, is that they’re doing all these things that are really, really active,” said Principal R&D Imagineer Tony Dohi. “And so that becomes the expectation our park guests have that our characters are doing all these things on screen — but when it comes to our attractions, what are our animatronic figures doing? We realized we have kind of a disconnect here.”

The 40-second video showed off the technology impressively striking a very super-looking pose as it soared through the air.

It was early last year when we learned that Stuntronics would be used to bring everyone’s favorite web-slinger to life at Avengers Campus. That’s right, Spider-Man will swing high above the rooftops of Avengers Campus, putting guests in the middle of their own Marvel adventure in yet another amazing, astonishing and spectacular way.

Disney even shared a look at Spidey swinging over the top of the new land. Now if they can only figure out a way to get him to quip like the old web head.

Of course, this is far from the only involvement Spider-Man will have in Avengers Campus. Peter Parker has also started the Worldwide Engineering Brigade, or WEB, and guests will get to explore the facility in the new WEB SLINGERS: A Spider-Man Adventure attraction. And of course, you’ll be able to meet Pete… uh… Spider-Man face to face at Avengers Campus as well. We’ll take a closer look at both of those experiences as our “Countdown to Avengers Campus” series continues. 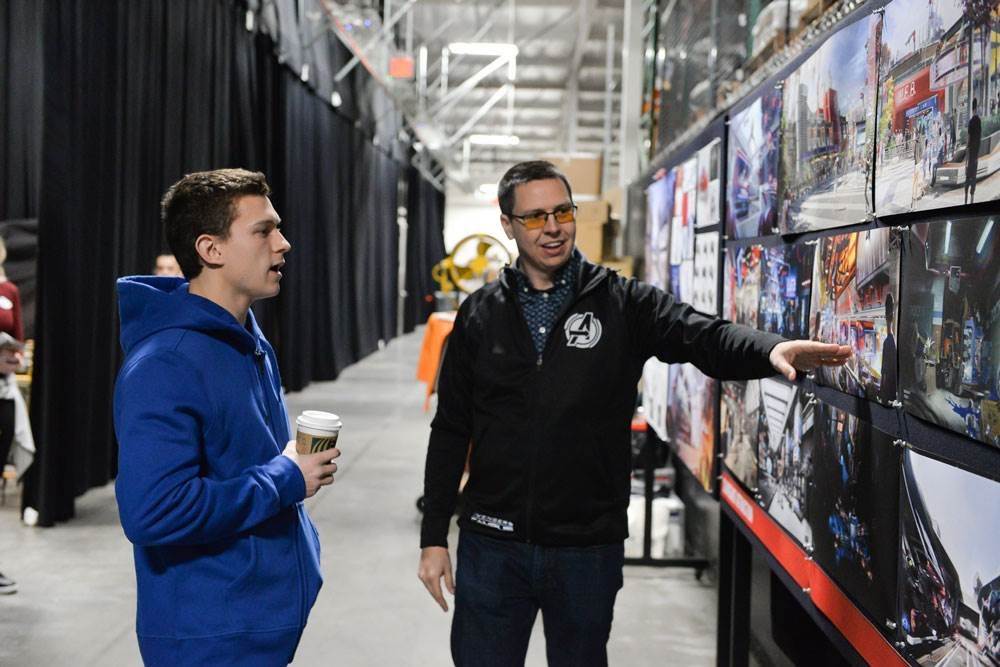