Disney Springs is home to a lot of delicious restaurants and eateries and one of my personal favorites is Raglan Road Irish Pub and Restaurant. We were lucky enough to be invited to try out a new whiskey-inspired menu today in celebration of World Whiskey Day on May 15. 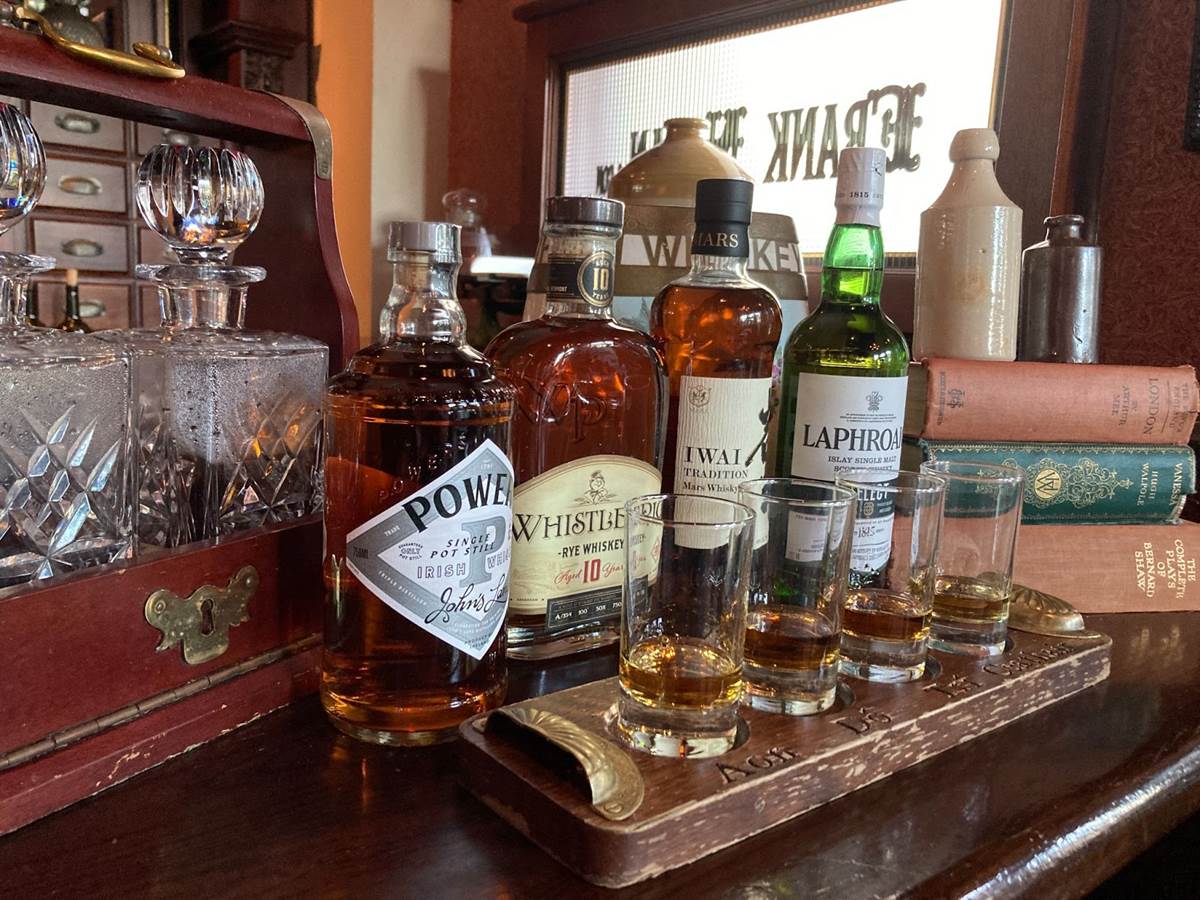 In celebration of the upcoming World Whiskey Day, Raglan Road is currently offering a special whiskey flight that features one Irish whiskey, one American whiskey, one Japanese whiskey and one Scotch whiskey. This special World Whiskey Day Flight is available now through Saturday, May 15. And of course, for those who prefer a cocktail, Raglan Road offers six different whiskey drinks, including the Rosemary Maple Whiskey Sour. 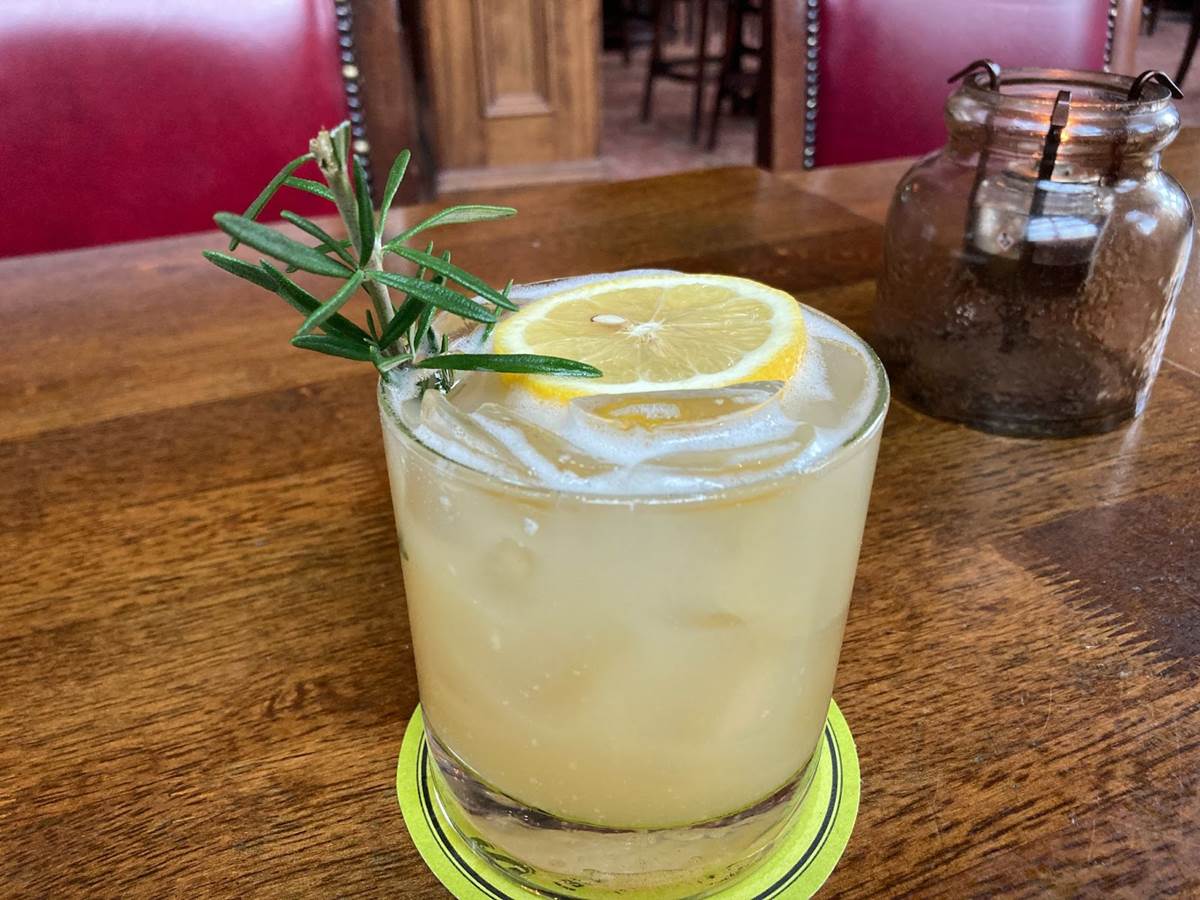 As for the food, Raglan Road allowed us to sample five new whiskey-inspired specials that will be coming to their menu this summer, as well as one existing favorite. First up was that existing favorite, the Whiskey BBQ Glazed Chicken Lollipops. The first of the new specials was another appetizer, Whiskey Glazed Pork Cheek. This was probably my favorite item on the new menu, short of dessert, and it was also almost too pretty to eat. Almost… As for the main courses, Raglan Road will be introducing a Whiskey Cured House Smoked Salmon with lemon and herb crushed potatoes, pea texture and horseradish with crispy skin. 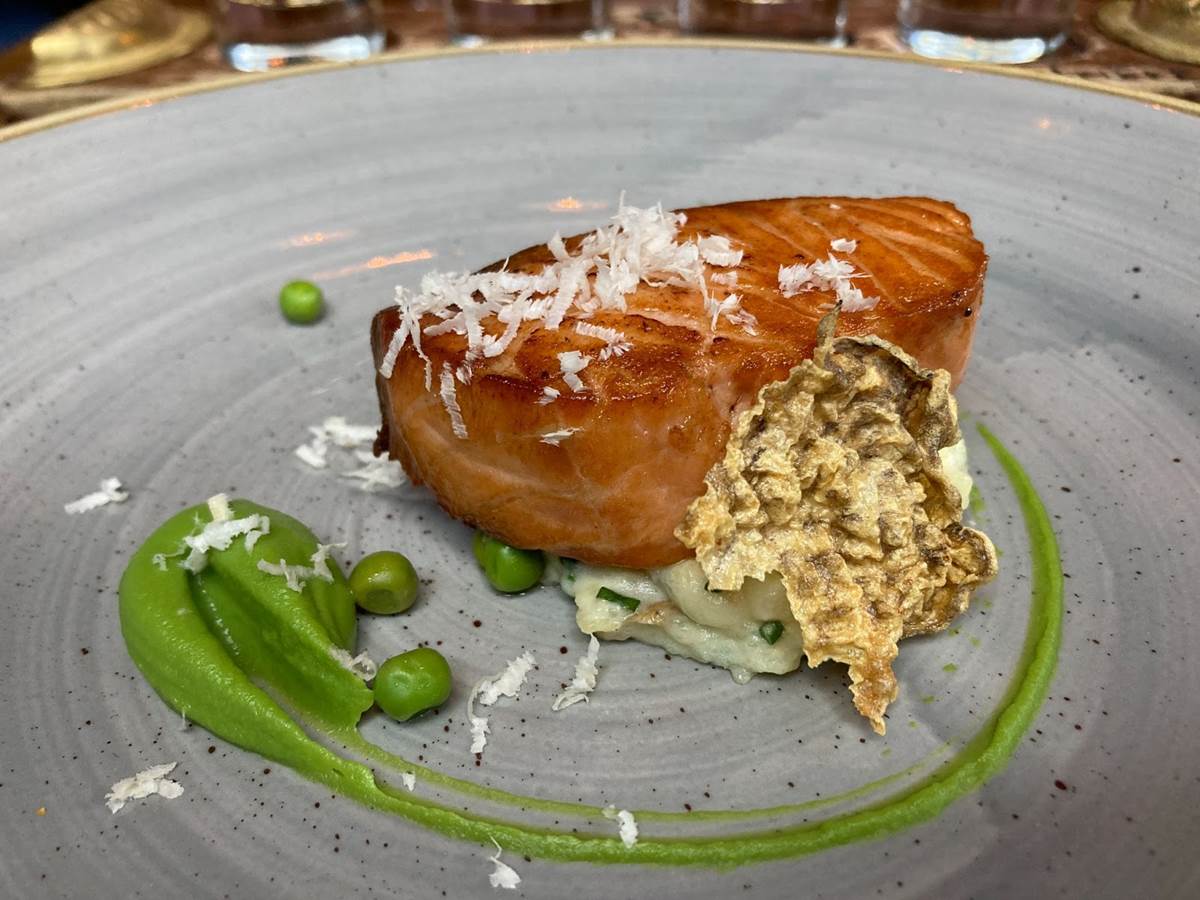 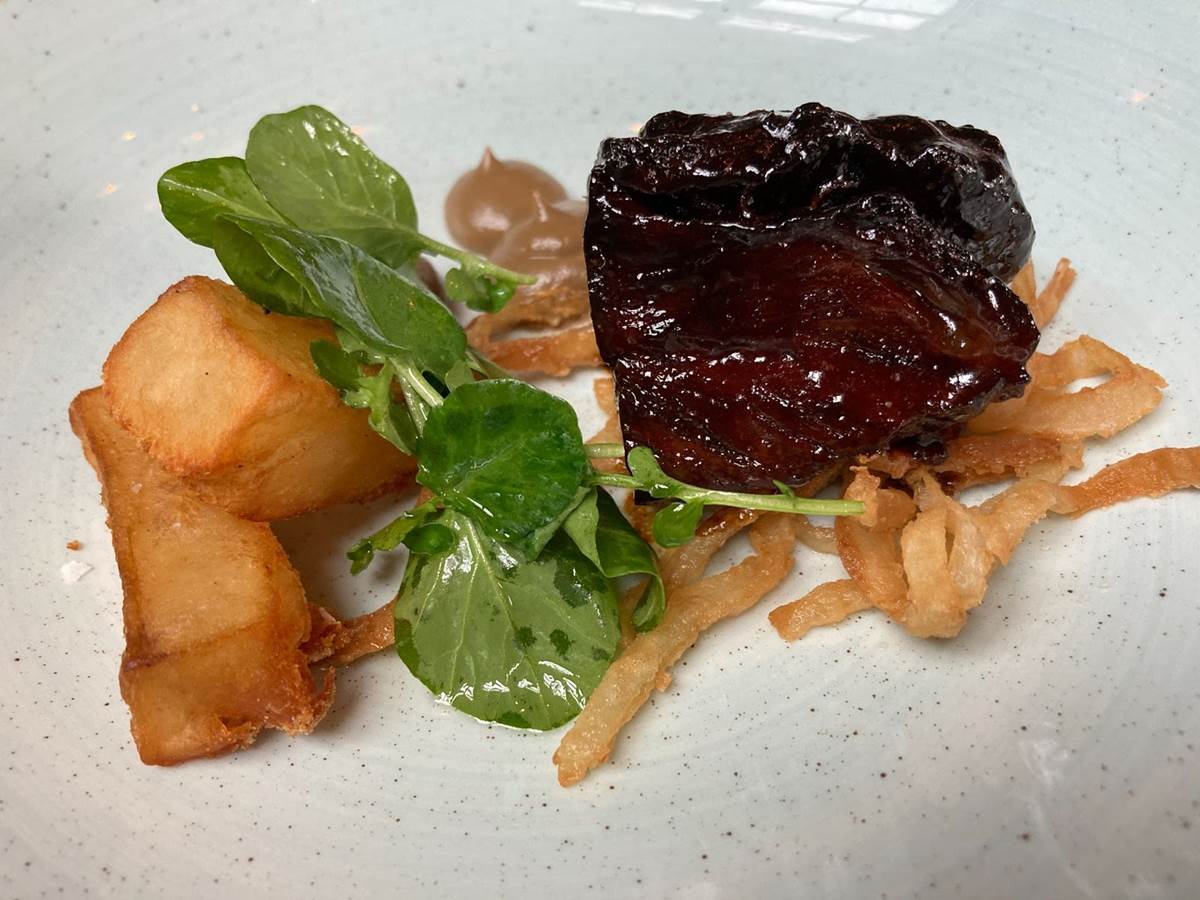 And then we got to the really good stuff: dessert. The first of the two new desserts was the Apple Baked Dumplings with whiskey butterscotch Jameson sauce and milk ice cream. While I enjoyed everything on this new menu, this is the one I’m most excited to get back and try again. 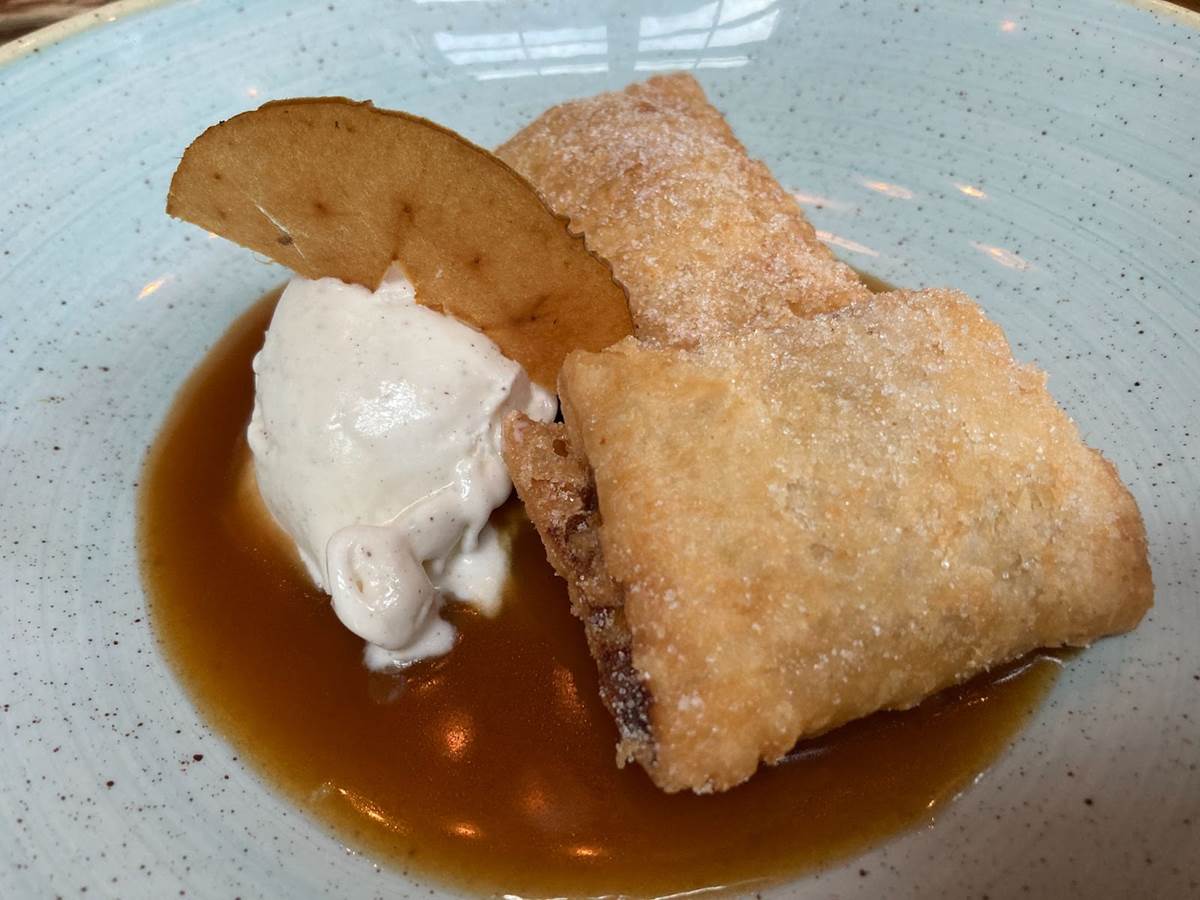 And finally, the second dessert was a Whiskey Chocolate Caramel Brownie with Guinness marshmallow and graham cracker crunch. 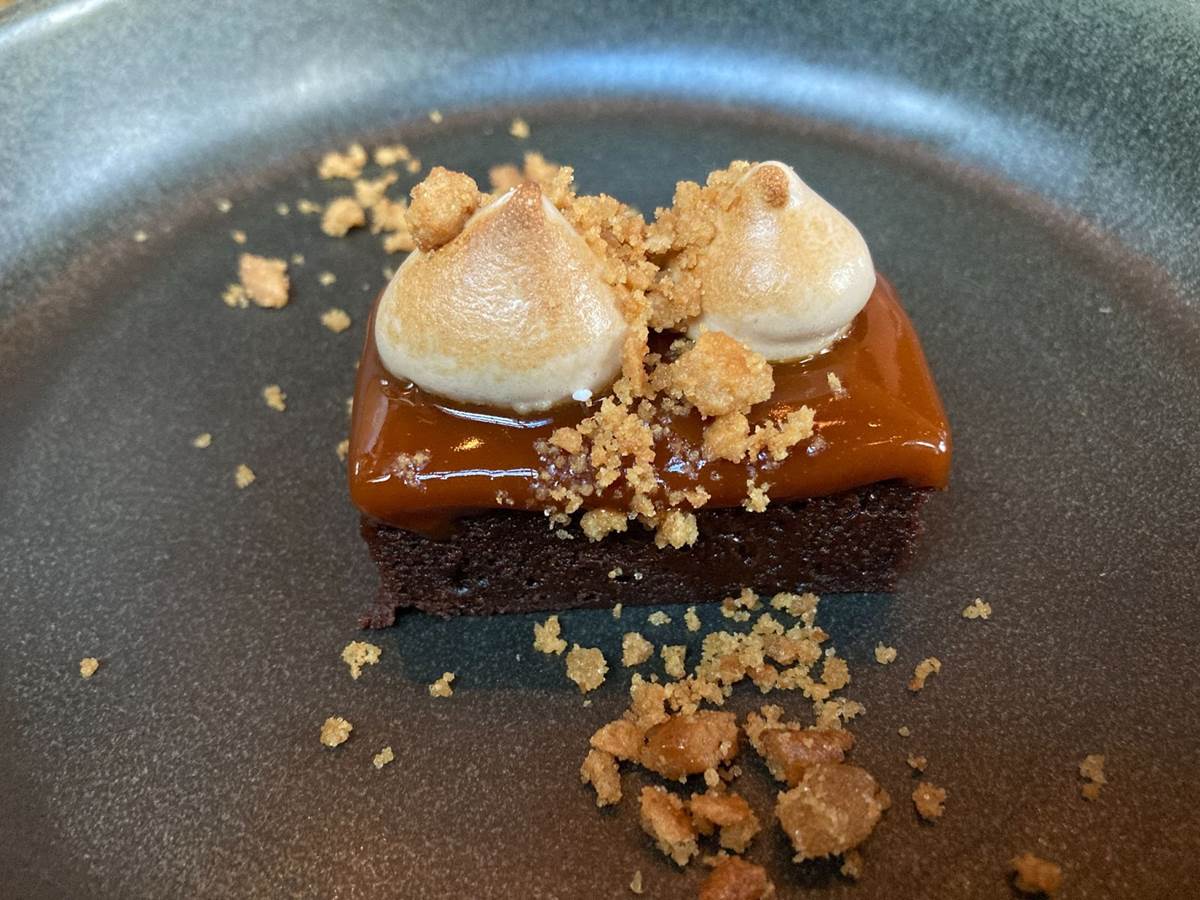 No specific date has been set for the debut of these new specials on the Raglan Road menu but the plan is for them to be available to guests dining at the popular restaurant this summer. And for those who can get there before May 15, the World Whiskey Day Flight, as well as 75 other whiskeys and five other flights will be available.