Book Review: “If The Shoe Fits” is the Modern Fairytale We All Need

New York Times Best-Selling author Julie Murphy plugs the gap between traditional and modern fairytales in the most satisfying way in her new book, If The Shoe Fits. 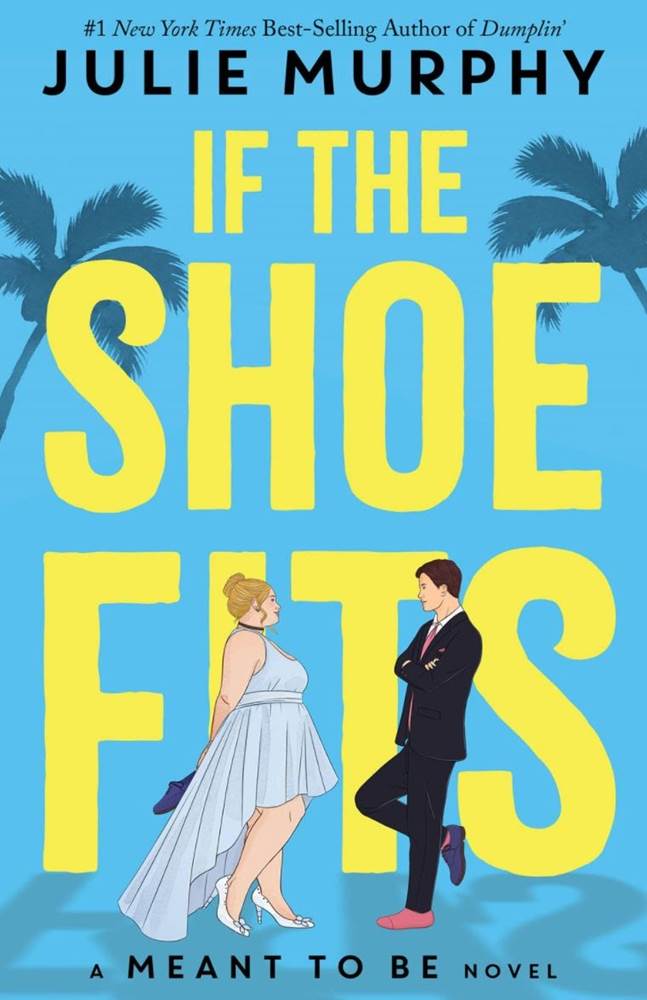 What is the book about?

Loosely inspired by Disney’s Cinderella, readers meet Cindy Woods, a young woman who has just graduated with a degree in design and is wondering what comes next. Summoned back to live and work for her stepmother, who happens to be the executive producer of reality TV show Before Midnight, Cindy grapples with facing aspects of her past and trying to plan for her future. When a spot on Before Midnight needs filing, Cindy takes a chance and volunteers herself for the position, thinking the exposure might kick off her long-awaited career in fashion.

Little does Cindy know that being the only plus-size woman on a reality dating competition takes the world (and the internet) by storm. Not only does she get the exposure she set out to achieve, she also finds inspiration and love in the process. Ultimately, if the shoe doesn’t fit, Cindy learns that perhaps it might be time to design your own.

I must admit, I was not immediately drawn to this story. I gravitate towards traditional fairytales and often approach new spins in a cautionary manner, concerned that “hip” stories might come across as too forced in their attempt to fit into the present. Well, I couldn’t have been more wrong about this book, and by chapter 3 or 4, I was hooked.

We must talk about Cindy Woods (mega Disney fan appreciation shoutout to Murphy for thoughtfully incorporating the surname ‘Woods’ into this story which pays tribute to Disney Legend and voice of Disney’s 1959 Cinderella, Ilene Woods). Cindy is the sort of person we can all relate to in one way or another. Unsure about next steps, careers and whether or not we, at times, feel wholly comfortable in our own skin. The best part about this story is that Cindy paves her own path. The fairytale doesn’t shimmer into existence around her. No fairy godmother appears to make it all better. Cindy creates her own opportunities and experiences and pushes herself to see just how far she can go when she believes in herself. Murphy really does make it seem as simple as that, so maybe we should all give believing in ourselves a go?

Judge this book by (amongst other things) its cover

After reading If The Shoe Fits, I returned to the cover and marveled over just how simple – and yet, how effective – it is. The large font and clear text keeps no secrets as to the book’s punchy title, and the illustration of Cindy and Henry does a great job of capturing subtle character traits, Disney costume inspiration (black choker and all!), as well as the reverse-Cinderella aspects of the story. We love that Henry is the shoeless one and that there is no chasing anyone across a kingdom this time – Cindy and Henry come face-to-face and challenge each other as equals in more ways than one.

Some of the quotes and one-liners in this book level up the story to making it particularly memorable. In addition to powerful thematic takeaways overall, it wouldn’t hurt to carry some of these moments with us too:

“If I have to literally stop breathing to get into this Dolce & Gabbana dress, then D&G doesn’t have the good fortune of gracing my body. I have no intention of suffocating all night.”

“Use it… [w]hatever it is that had you hung up. An ex, a death, or just plain old depression. The best part about crossing any bridge is the change to look back and be able to fully understand where you came from.”

“[D]o you ever wonder how God decided whose bodies would require bras and whose wouldn’t?”

“I don’t think God had anything to do with these boobs.”