The question of who can be trusted is on the minds of everyone as episode 6 of Rebel begins. Rebel (Katey Sagal) and Lana (Tamala Reneé Jones) are investigating who stole the Stonemore heart valve that was removed from Helen (Mary McDonnell) two weeks ago. The sudden loss of the key piece of evidence has put everyone on edge, and paranoid about where loyalties lie. 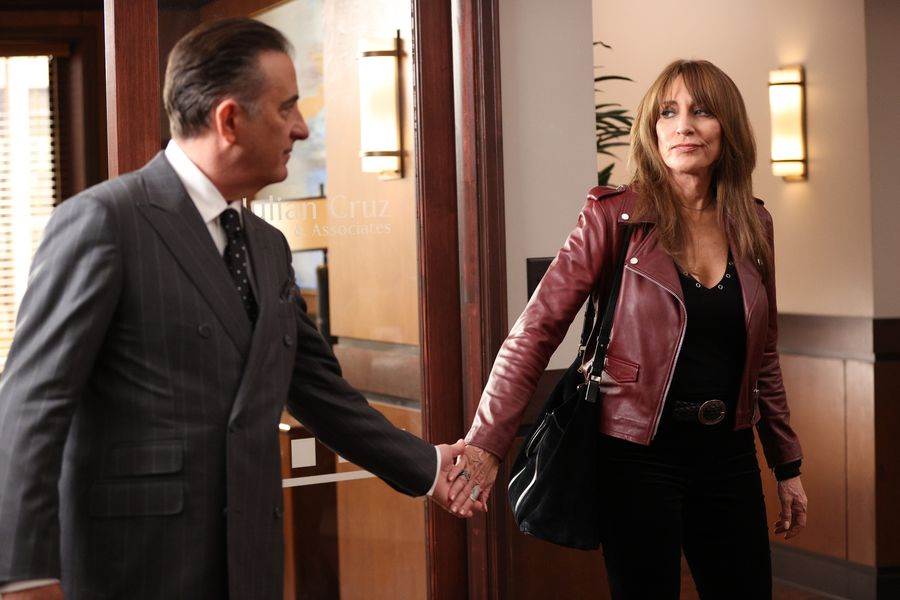 Between Angela (Sharon Lawrence) Misha (Abigail Spencer) and Amir (Mo McRae) Rebel and Cruz (Andy Garcia) aren’t taking any chances. For Cruz, paranoia is hurting relationships and may end a blossoming romance with Angela while damaging his working relationship with Amir.

While the suspects have valid reasons for their questionable past, Rebel and Lana learn that there is a potential whistleblower from Stonemore that might be an asset to their case. Together they find Kate Foster (Irene Choi). She was a former employee for Stonemore who was fired for supposedly failing a drug test. Kate lost her husband and son and became an addict. When Rebel and Lana find her, Kate seems to be less credible than what they thought.

Kate makes a bargain with Rebel. If she can convince her ex-husband to allow Kate to visit her son, then she would give Rebel a recorded call she had with Jacob Duncan, the brother of Stonemore CEO Mark Duncan (Adam Arkin). The call is potentially damaging because on the call Jacob admits that he didn’t get a Stonemore valve for his own heart procedure because his brother told him not to.

Amir and Cruz begin their deposition of Mark Duncan at the office, with Benji (James Lesure) Cassidy (Lex Scott Davis) and Luke (Sam Pallido) guiding Duncan through the process. During a short break Amir and Cruz have an argument about the line of questioning used, and Cruz’s continued paranoia about Amir is the final straw. Amir quits leaving Cruz to continue the deposition alone.

Grady is less than thrilled upon learning that Rebel used Ziggie’s college fund to pay for Helen’s surgery. His confrontation with Rebel at Cruz’s office ends in frustration and he storms out of the office leaving Rebel to share the new evidence she gained from Kate Foster.

Ziggie (Ariella Barer) and Grady (John Corbett) learn that Sean (Jalen Thomas Brooks) has been less than truthful about his present situation. Sean admits that he is homeless and that he did steal computer equipment in the past, but that he had nothing to do with the theft of the heart valve. Grady extends Sean an invite to sleep on the family’s couch instead of sleeping in his truck.

Misha and Nate (Kevin Zeggers) have lunch at his apartment after she gets off work. Misha is filled with guilt over advising patients to get the heart valve, and angry that she prospered from something that is hurting and killing so many people. Nate and Misha rekindle their relationship at the exact same time that Amir and Cassidy end theirs. Trust is lacking between Amir and Cassidy and the two abruptly end their romance. 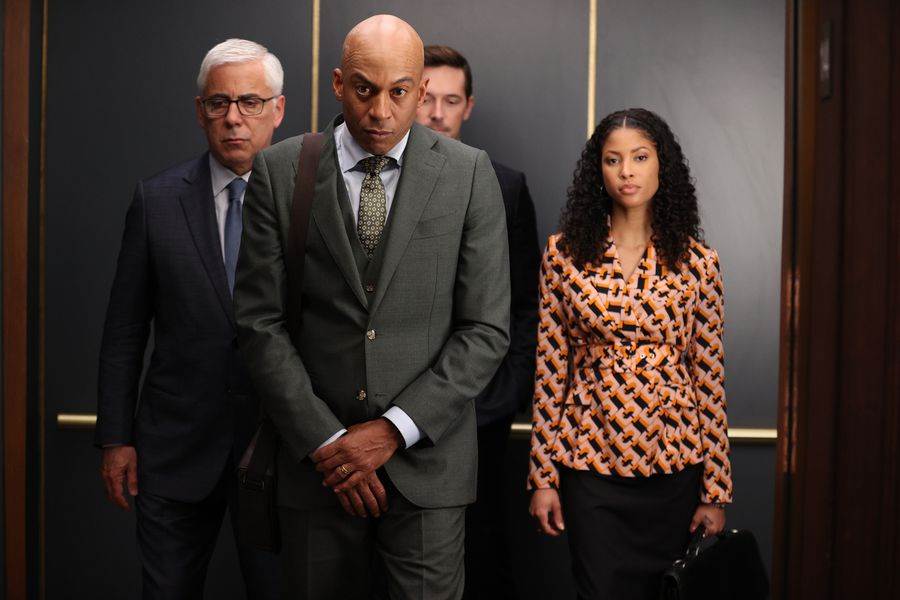 Cruz plays the phone call that was provided by Kate Foster which upsets Mark Duncan and Benji forcing an end to the deposition. Along with the recorded call, Kate supplied numerous materials that she kept from her days at Stonemore. One item is a picture of all the sales representatives from the company and Lana and Rebel notice that amongst the crowd of employees is Angela.

Heading over to Cruz’s house Rebel informs her boss that Angela is working for Stonemore. Lana notices Angela trying to flee in her car and pursues her across town, ending the episode with Angela escaping and Lana crashing her car.

Paranoia can cause more problems than one may expect. The fact that Rebel investigates her own children and husband to see if they have a connection with the theft of the heart valve shows how caught up in the case she is and how much she is losing focus. Angela practically advertises that she is the spy. To show up out of nowhere and to inject herself into the life of Rebel and Cruz at a crucial moment in the case? A little less paranoia and some common sense would have saved a lot of heartache and trouble.

Tamala Reneé Jones finally gets to be the center of the action and she crashes her car. I hope Lana is up and active in the next episode and the crash is like when Cruz collapsed and not the sidelining of one of the most interesting characters on the show.

Rebel, as of this writing, has not been renewed by ABC. I was genuinely loving the cast and the direction of the show. There have been some moments that made me question the approach of the storyline and characters, but Rebel has been entertaining and a delight every Thursday. Perhaps there is some hope for the future and a surprise renewal down the road.