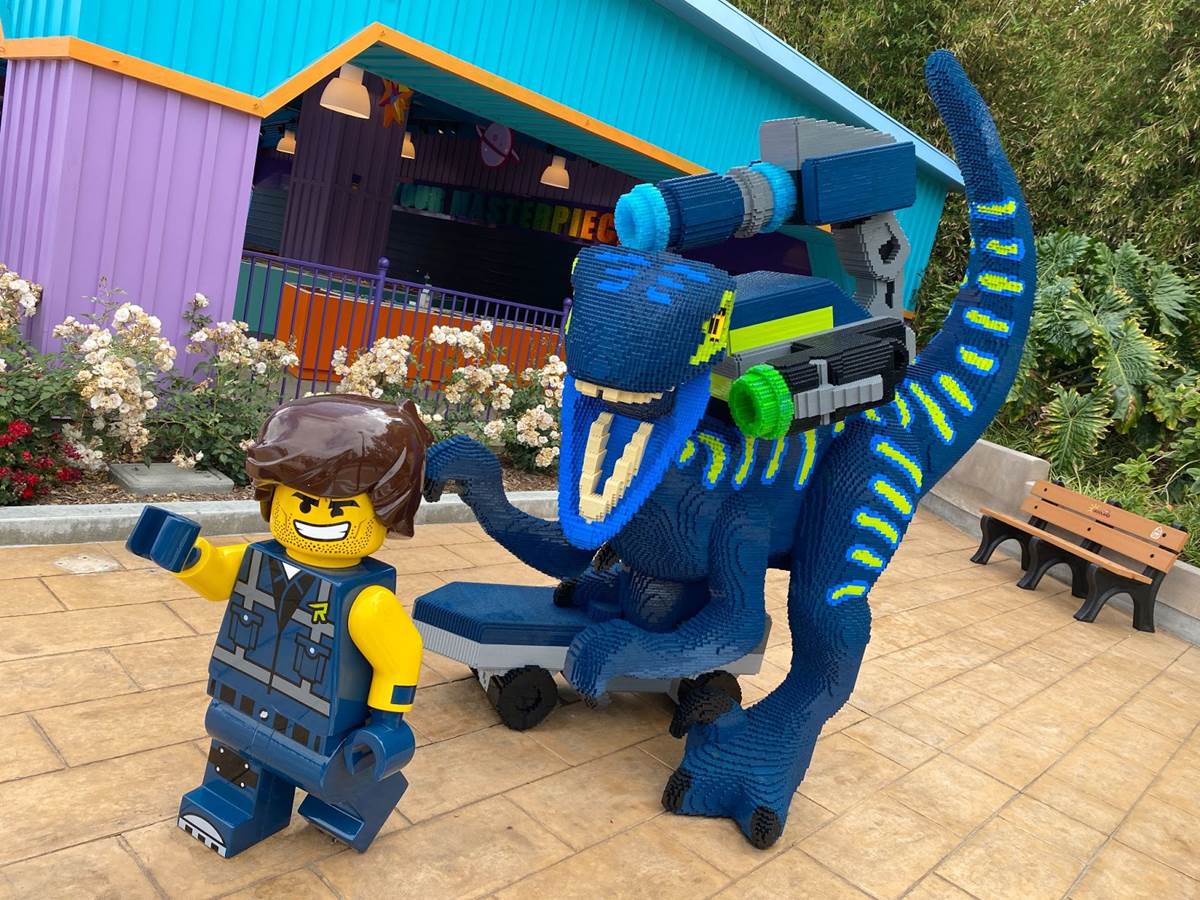 In the spring of 2020, LEGOLAND California Resort was all set to open its new The LEGO Movie World area to guests when the pandemic hit and shut down theme parks nationwide. Now it’s over a year later and everything is opening back up in Southern California, so LEGOLAND California (which reopened April 15) has finally begun welcoming guests to the exciting new land.

Yesterday I was thrilled to be among the media in attendance for The LEGO Movie World’s Grand Opening Ceremony, which saw characters from the popular animated movies like Emmet Brickowski, Wyldstyle, Unikitty, Benny the Spaceman, and General Mayhem interacting with dancers and the Mayor of Bricksburg as LEGOLAND California officials let it be known that the park’s new area is now officially open.

The LEGO Movie World includes six attractions and activities: Emmet’s Flying Adventure (a Soarin’-esque flight simulator that takes guests on a journey through the familiar lands from The LEGO Movie and its sequel), Unikitty’s Disco Drop!, Queen Watevra’s Carousel, Emmet’s Super Suite (where families can meet the above-mentioned characters in person), Benny’s Playship (a souped-up crawl-through vertical playground that looks just like a “Spaceship! Spaceship! Spaceship!”), and “Build Watevra You Wa’Na Build” (a LEGO play area where kids can construct their very own creations).

In the extensive photo gallery below, you’ll get a better sense of the layout and details of The LEGO Movie World at LEGOLAND California, including the many cool nods to the two movies that inspired the land, plus the “Everything is Ramen” counter-service restaurant and the “Cloud Cuckoo Crepes” food stand.

While I was down at LEGOLAND California (for the first time in over five years) I had to take a ride one of my favorite laid-back attractions at the park– Fairy Tale Brook, which is a serene boat ride down a slow-moving river past some pretty cool brick-built representations of famous fairy tales.

The I took a spin on Lost Kingdom Adventure, an interactive dark ride with some Indiana Jones-esque elements.

I also walked through the Adventurers’ Club (no, not that one), where families will come face-to-face with a plethora of hidden dangers… but there’s nothing too scary in here. It’s mostly a fun journey for kids who enjoy a slightly eerie atmosphere.

Then it was time for a boat ride on the Coast Cruise, which travels around LEGOLAND California’s central lake so guests can take in sights like Mount Rushmore, the Taj Mahal, and the Eiffel Tower– all built out of LEGO, of course.

Lastly, I had to spend some time in LEGOLAND’s famous Miniland USA display, which takes up an impressive amount of space and contains LEGO representations of San Francisco, New York City, Las Vegas, and Washington, D.C. One could literally spend hours exploring the many jaw-dropping structures and hidden features of this giant collection of LEGO models, but I tried to boil down the basic experience into a twenty-minute video below.

LEGOLAND California is currently open in Carlsbad, California. For more information on the park or to purchase advance tickets, be sure to visit LEGOLAND’s official website.