Everyone’s favorite genius-billionaire-playboy-philanthropist has had a wild history. From the creation of the Iron Man armor to his death and resurrection (who knows how many times at this point?), Tony’s past can be a bit… complicated. So every now and then, it’s nice to get back to basics.

That’s mostly what we get in “Iron Man Annual #1,” as Tony tracks down another tech-based villain. However there’s much more than meets the eye with this issue as a much bigger story is lying just beneath the surface. This is just a stepping stone to something that could potentially rock the Marvel Universe to its core. 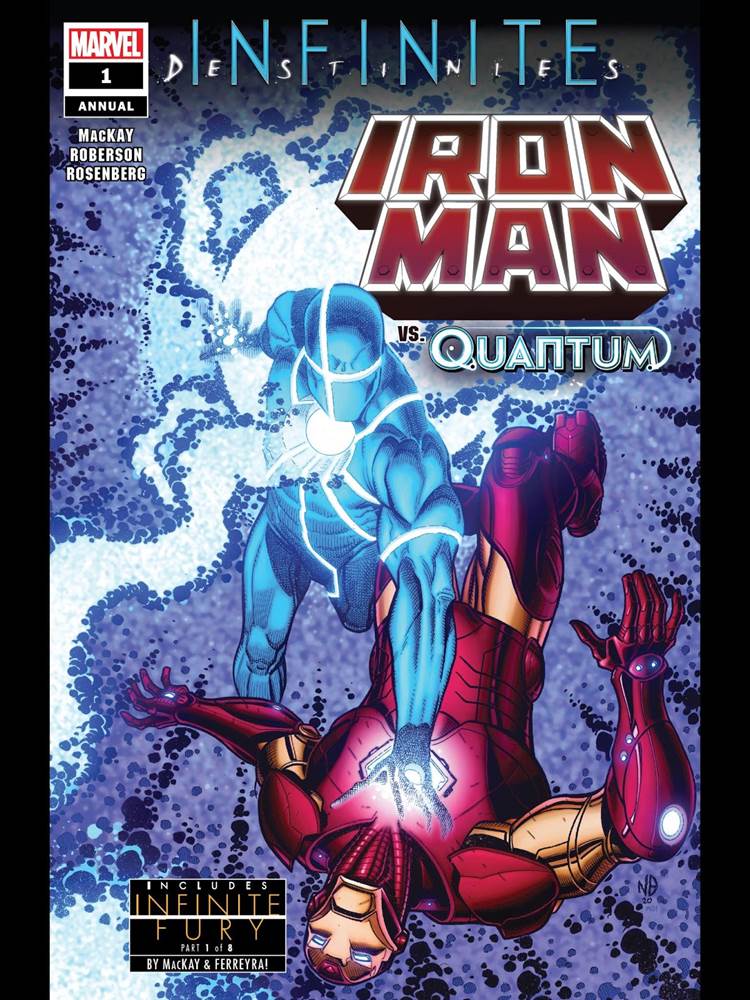 Tony has teamed with a lot of heroes over the years but Miles Morales is not one we’ve seen often. So it’s nice to see this team-up happening early on in this issue. After dealing with the situation at hand, Miles opens up about his recent experience with the villainous Assessor and Tony vows to track him down.

That’s where the fun Iron Man action comes in as the founding Avengers tears his way through the Assessor’s defenses before coming face to face with the new villain. Tony takes even the presence of this Assessor personally as he considers tech-based villains to be his responsibility.

Even when dealing with the Assessor and his right-hand man Quantum though, there’s always something much bigger happening in the background. We don’t know just what lies on the horizon just yet, but “Infinite Destinies” will be here soon enough. 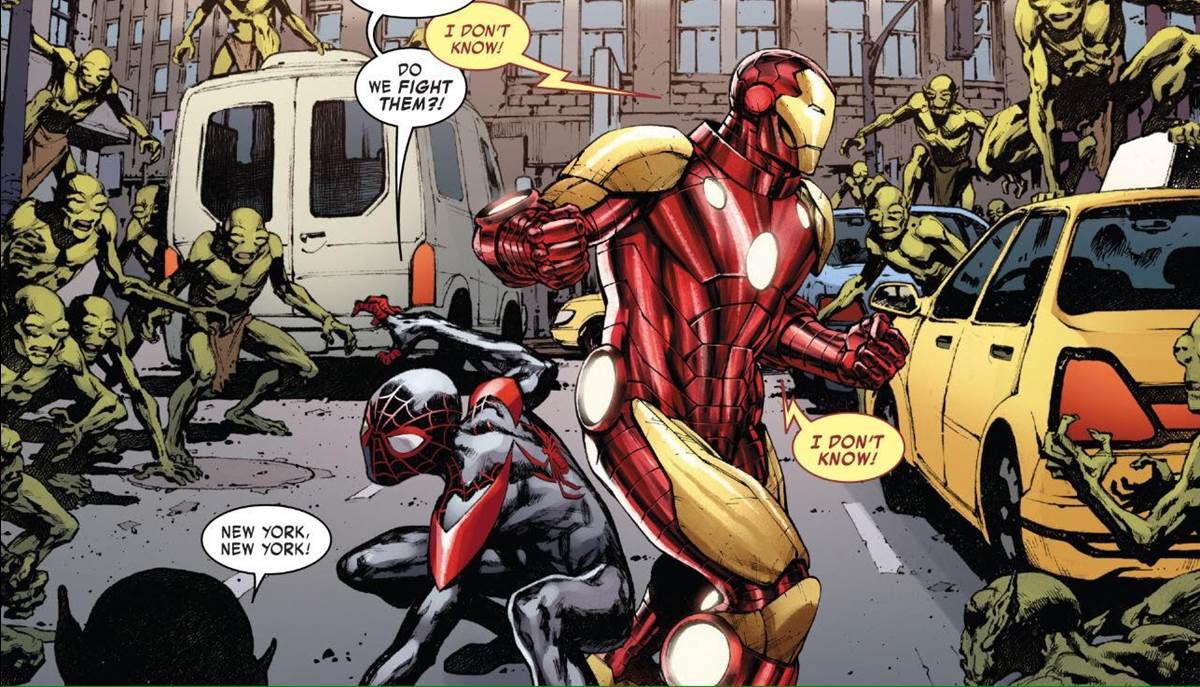 If you’re a fan of Iron Man as a character, this is a great issue to pick up. There’s not much context needed to understand what’s going on in this story and it’s really getting back to basics for Tony Stark. He uses technology to fight technology and only his own ego can get in his way from time to time.

It also presents some interesting character interactions. The aforementioned team-up between Tony and Miles is fun and something we don’t get to see often. We also get to see Tony come to blows with the mysterious Quantum, who makes a formidable foe for Iron Man. 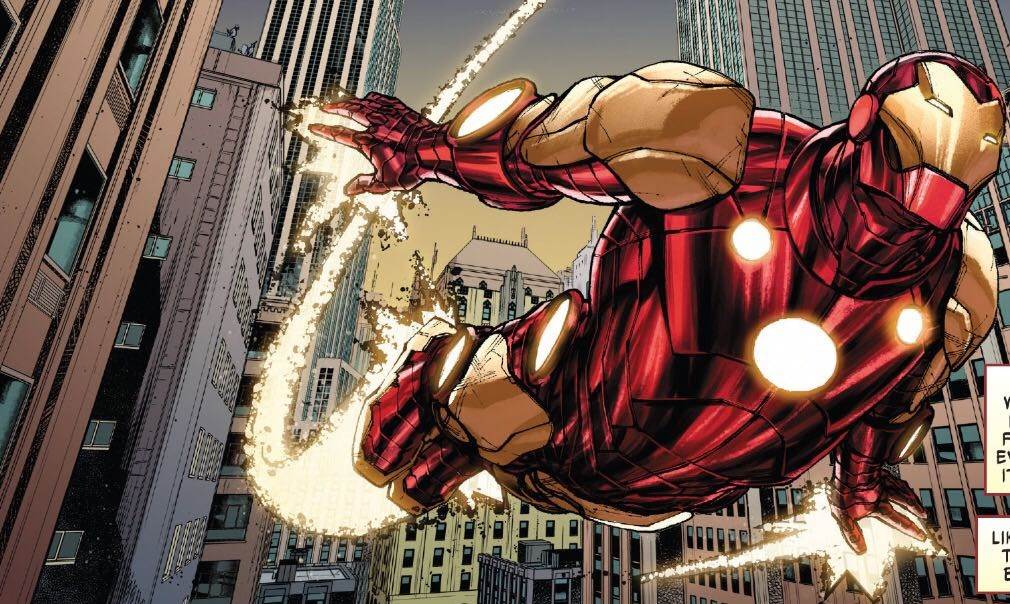 Interestingly, the dynamic between Tony and the Assessor is a bit perplexing, with the latter coming off as a calculating and dominant villain for much of the story. That changes on a dime however and, without spoiling the ending, his power doesn’t seem so intimidating in the end. Again though, there’s definitely something more underneath the surface.

Another win in this issue is the art. Artists Juan Ferreyra and Ibraim Roberson create some incredible visuals in this comic, with Tony’s unmatched technology taking care of some of the heavy lifting on that front. If nothing else, this issue is absolutely worth picking up for the action-packed and exciting images. 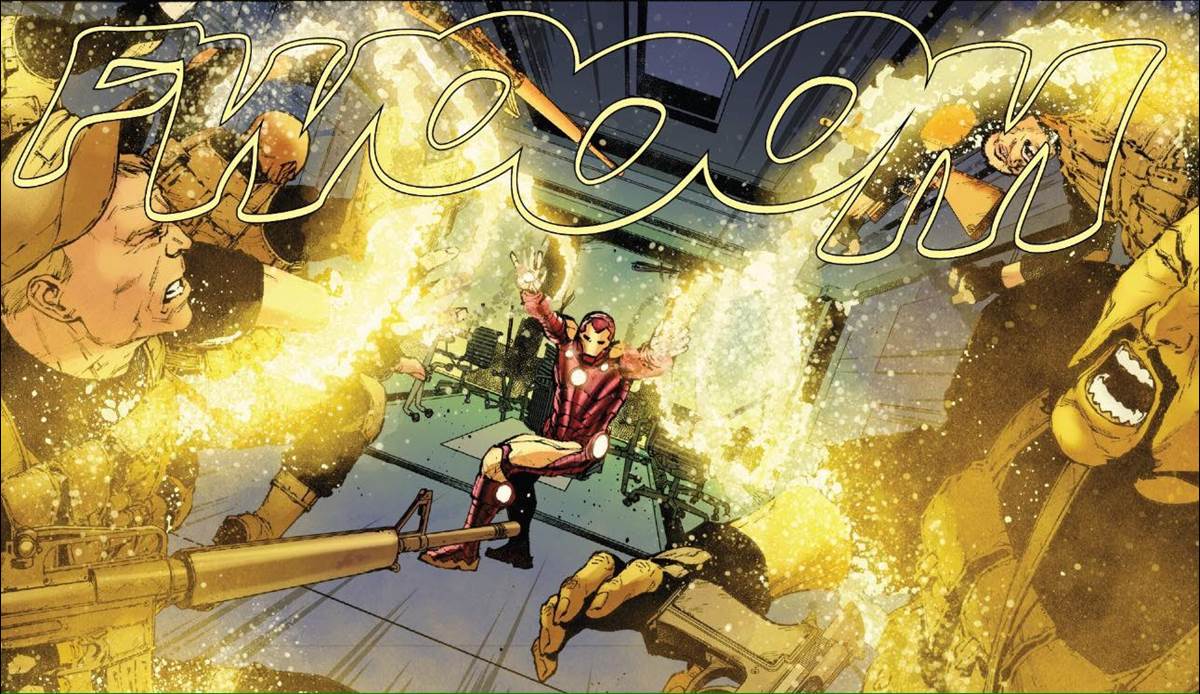 You can check out “Iron Man Annual #1” now. For more on this week’s comics, check out today’s episode of Marvel Time: