In case you haven’t heard, Avengers Campus opened up last week at Disney California Adventure, inviting guests to come in an enjoy their very own Marvel adventure. Well, it’s not like Marvel to leave any story left untold, so now there’s a comic book to go along with the new land as well.

“W.E.B. of Spider-Man #1” introduces us to the Worldwide Engineering Brigade (or WEB). The building found in Avengers Campus can now be found in this new comic as well as Peter Parker is heading in for his first day at this new scientific organization. 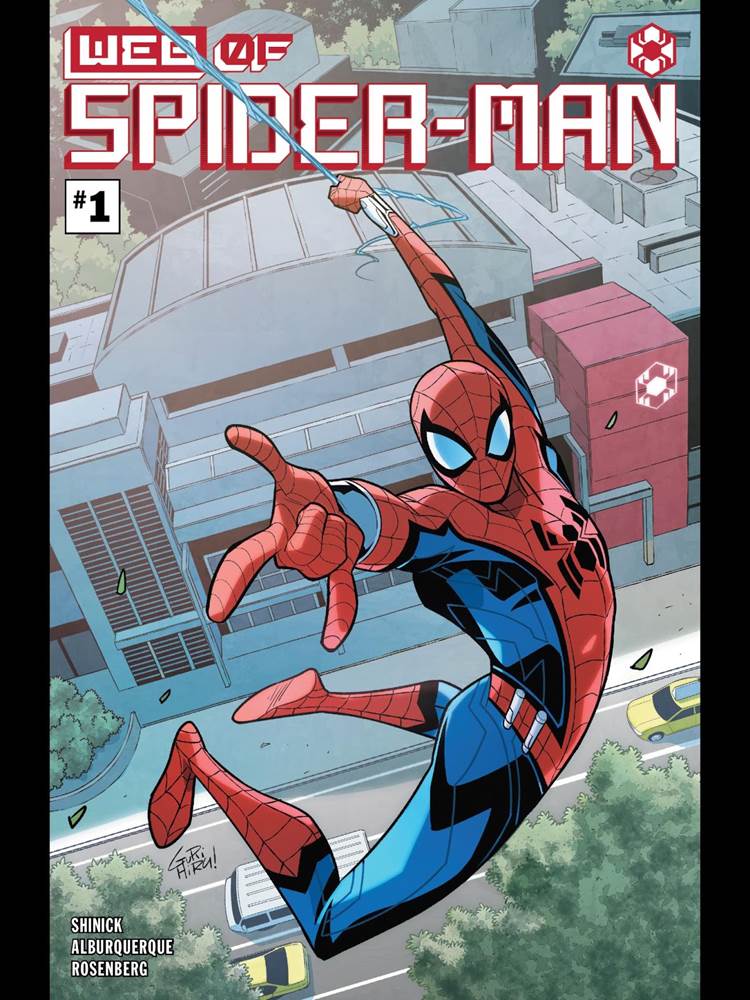 W.E.B. is a group of promising young scientists assembled by Tony Stark to help create the future. Peter Parker was of course top of Mind for Tony when it came to choosing the founding members. Once Spidey finishes up his friendly neighborhood duties, it’s time for Peter to take over and head to W.E.B. for the first time.

Peter realizes quickly that keeping his secret identity a secret is going to be more difficult than he initially though when a Spider-Bot almost blows his cover. Once he’s inside though, he meets this new team of brilliant young minds that have been put together.

Peter learns quickly that, while these are some of the smartest young people on the planet, they’re not so great at working together. So when something goes wrong in the facility and they all leap into action, it takes the leadership skills of Spider-Man to bring them all together as a team. This was a very interesting read for those who are familiar with Avengers Campus. It’s a very cool concept to be able to take details that have been seen in a theme park now and convert them into a story for a comic, rather than the other way around.

The whole team of characters brought together for this new series is based on details found in the queue for WEB SLINGERS – A Spider-Man Adventure. That alone should be enough for theme park nerds (like myself) to pick up this new issue. Getting a chance to see this new W.E.B. building without having to travel to Disneyland is really a treat. 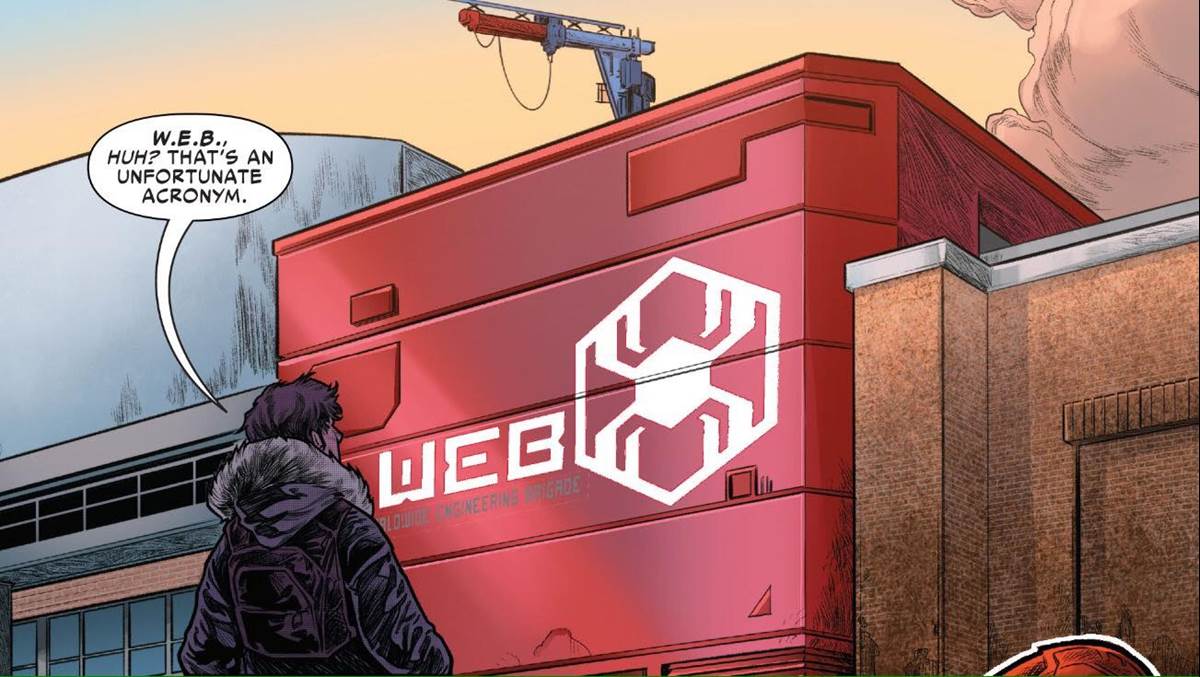 That being said, if you are not someone who is interested in Avengers Campus, there isn’t a whole lot here for you. There isn’t much to this story. Young heroes are forced to come together when a threat arises and eventually learn the meaning of teamwork. Not exactly breaking any new ground there.

It is a fun cast of characters to get together, but this story is much more so about the concept of W.E.B. and brining these characters into the facility than it is about their actual stories and abilities. Perhaps moving forward this series will spend some more time with each individual character, but for now it’s not much more than a neat tie-in to the new theme park land. 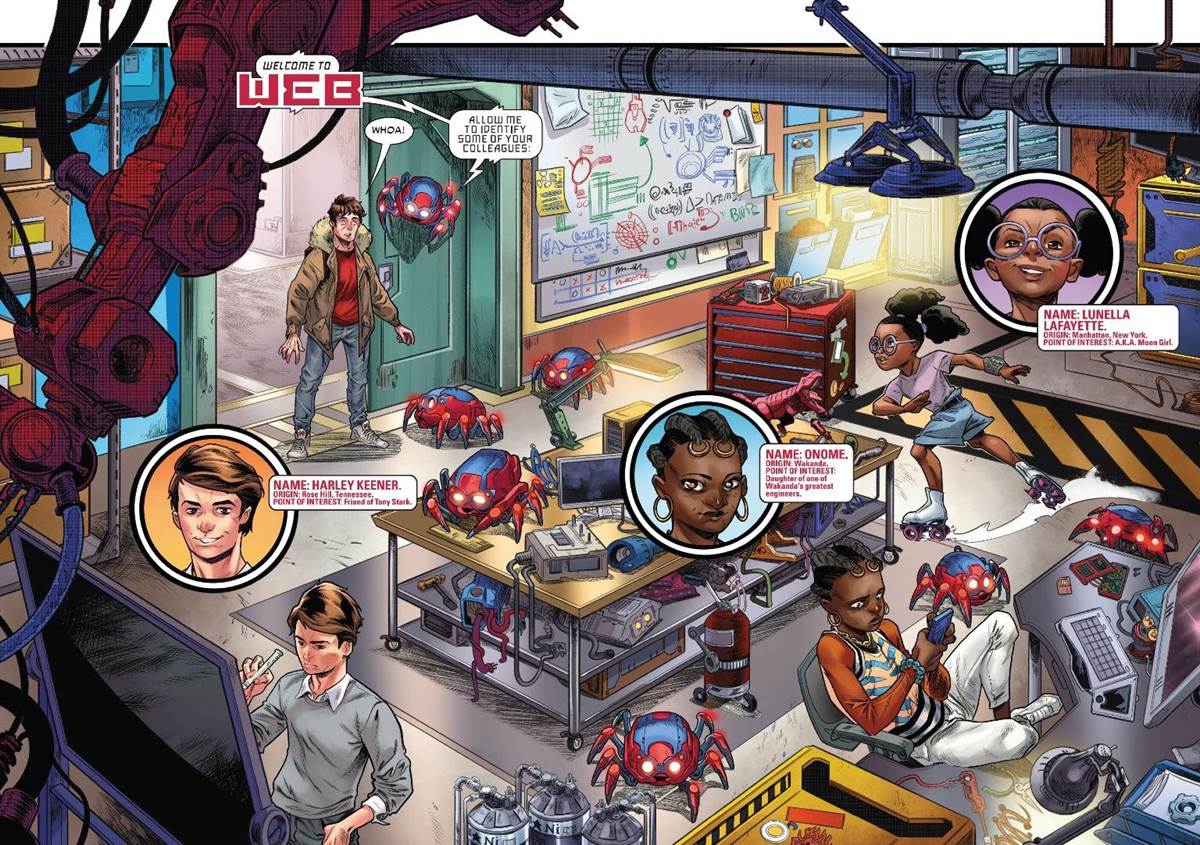 You can check out “W.E.B. of Spider-Man” now. For more on this week’s comics, check out today’s episode of Marvel Time: