It’s time to celebrate Carlos! His quinceañero is coming up and Seb is planning the ultimate surprise for his beloved. While other stuff happens during the episode (we’ll get to that later), this is overall a beautiful celebration of the LGBTQ+ community and being true to yourself. 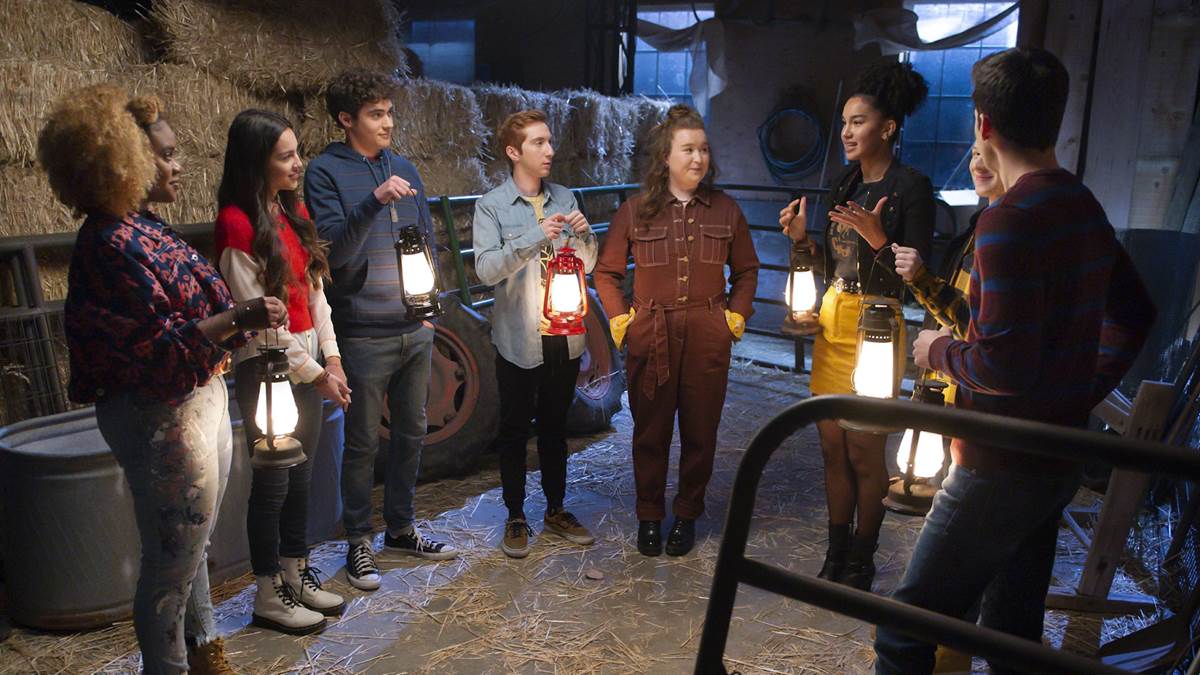 The night of June 10th, the show put up a livestream quinceañero event to preview the episode and celebrate pride month. After a game of trivia with the cast, there was a panel to discuss the LGBTQ+ representation of the program, a mariachi band made up of members from the queer community, and Joe Serafini and Frankie Rodriguez taking the stream stage for a live performance. After watching the episode, I completely understood why there was a clear push to celebrate its airing. It was just so delightful!

Seb and Gina bring the whole gang onto Seb’s farm to start planning for this surprise and they are immediately onboard. Carlos doesn’t have a bad bone in his body, he must be celebrated! Of course, the “surprise” aspect is getting to Carlos, as he is convinced everyone has fully ditched him during his big day. Honey, I’ve been there.

After finally wrangling him, Seb takes him to the barn where the celebration is taking place and I immediately knew this was going to be an emotional episode for me. Everyone was just so sincere and happy, a pair of emotions that make me break down no matter where I witness them. 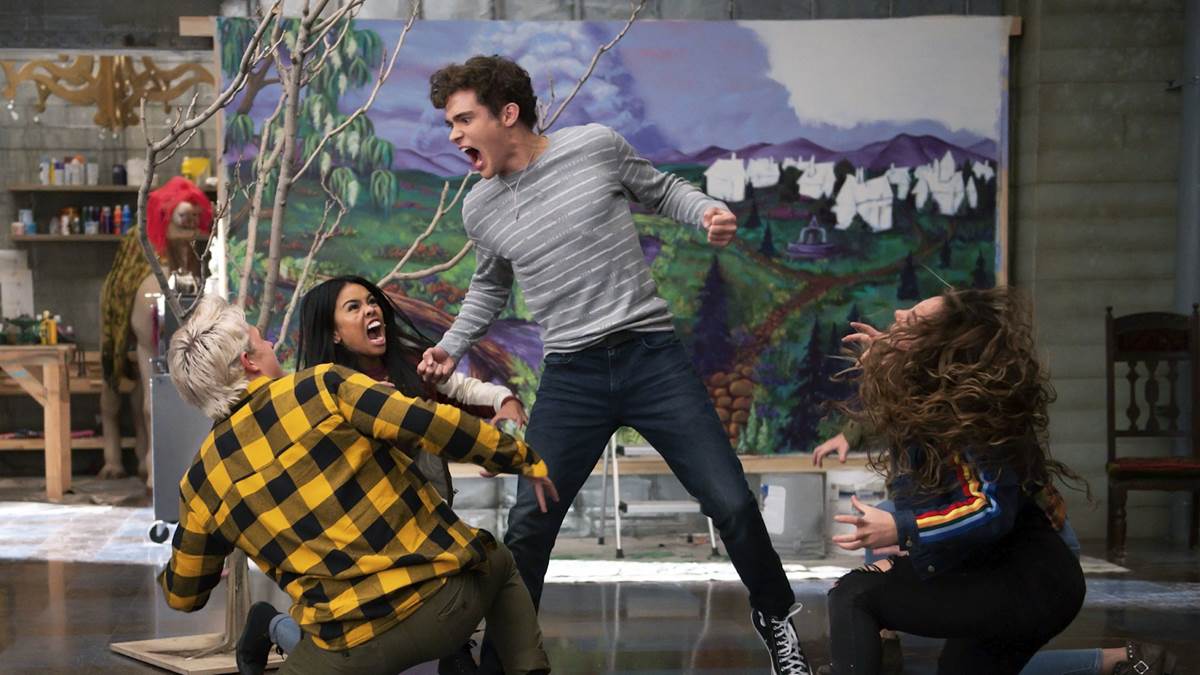 Gina opens the festivities with an original song and dance, inspired by an Instagram post from Carlos when he was twelve. It was a phenomenal way to include an original in the episode and further proved that Sofia Wylie’s talent is on another level.

Not to be outdone, Seb rides in on the back of a flatbed truck, sitting at a piano, giving big Vanessa Carlton energy. He tells Carlos that as a child, he saw Carlos’s video and it inspired him to start living life to its fullest and, eventually, to be his true self and come out. It’s a perfect monologue followed by, far and away, the best performance in the history of the series. Joe Serafini performs “The Climb” with emotion and riffs and appreciation and inspiration. I wept and got full body chills. I bow down to the talent.

After the song, Carlos goes over to Seb to share his love and they kiss. They kiss! Is this the first queer kiss in a Disney-branded show? I think it is? I wish I had a team of fact checkers, but either way, I cried more. Seb and Carlos are goals. They are my loves AND my life. (As I type this, “The Climb” is on repeat and I’m still a mess.) Carlos follows it up by making his madrina, or godmother, the incomparable Miss Jenn. 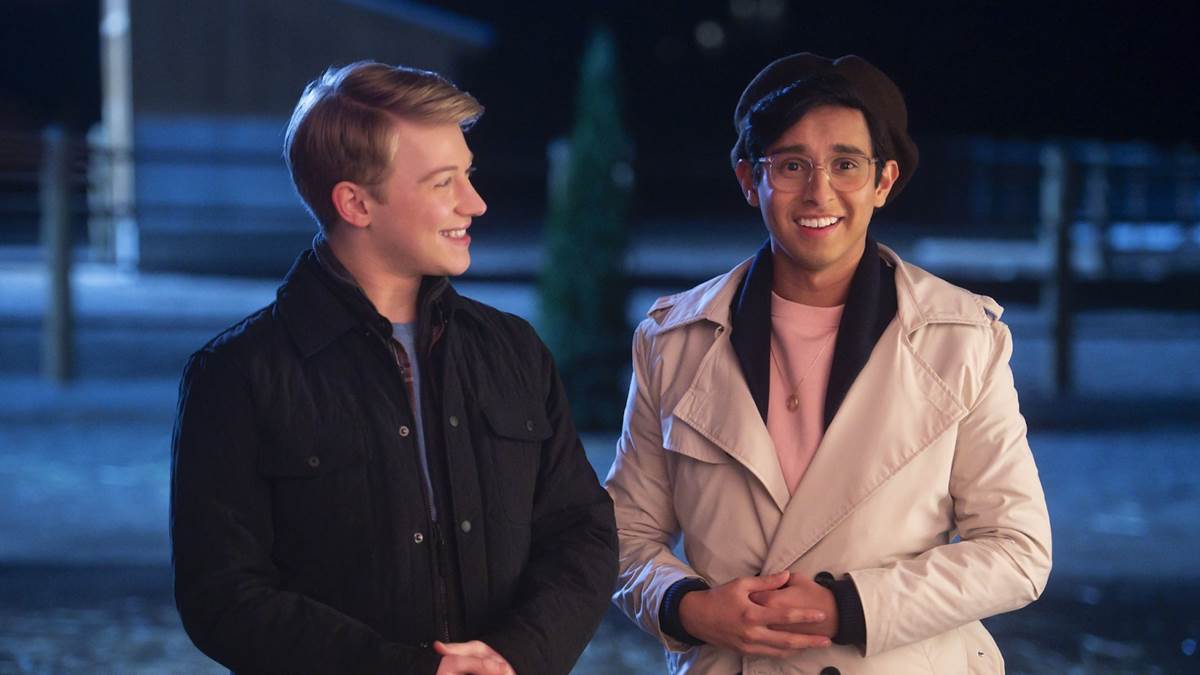 This episode, above all, is a beautiful celebration of being queer, being yourself, and being a part of a family. This is a cast that has great chemistry because they are a family, on screen and off, and that love and affection was felt in this episode. Also, Joe Serafini’s voice killed me and I am now deceased, thanks so much. Carlos & Seb 4 Lyfe.