ABC has single-handedly created a game show resurgence on broadcast television. Their annual Summer Fun & Games line-up has become a branded scheduling tactic that works. However, their reboot line-up is starting to run on fumes. With the list of recognizable entities getting smaller every year, they are having to look elsewhere for concepts and formats that will continue to connect with viewers. Some of these “lesser” titles have worked well (The Gong Show deserved a longer run for its complete embracement of lunacy) while others have been cancelled swiftly (Battle of the Network Stars was a great idea, just executed poorly). This summer brings another reboot to airwaves with The Celebrity Dating Game. When announced, my hesitancy was at a high. Will 22-minute dating shows still work in 2021? FOX tried a Love Connection reboot a few years back that didn’t last, so how can The Dating Game succeed? Is The Dating Game as recognizable a format as Press Your Luck or Match Game? I’m happy to report that my worries were quickly washed away. Thanks to a healthy serving of camp, The Celebrity Dating Game firmly announces itself as perfect summer viewing and a welcome addition to ABC’s game show line-up.

Where Love Connection was overly modernized (Screens! LED bridges! Cash prizes?), The Celebrity Dating Game is the perfect combination of nostalgia, comedy, and camp. The format remains the same, with three potential suitors answering the questions from an unidentified single behind a wall. Yet in this reboot, Zooey Deschanel and Michael Bolton (stay with me) host various celebrity suitors trying to find a connection on the other side of the infamous wall.

The celeb element is fun, as it adds another layer of guessing for the suitors. Depending on the celebrity, the ability to play with the contestants adds an even livelier energy to the affair. Nicole Byer leads the second half of the premiere episode, solidifying that she is one of the best we have in comedy. Her ability to make a joke out of all of the contestants’ answers and add the perfect amount of snark to the proceedings makes everyone perform at a greater level. 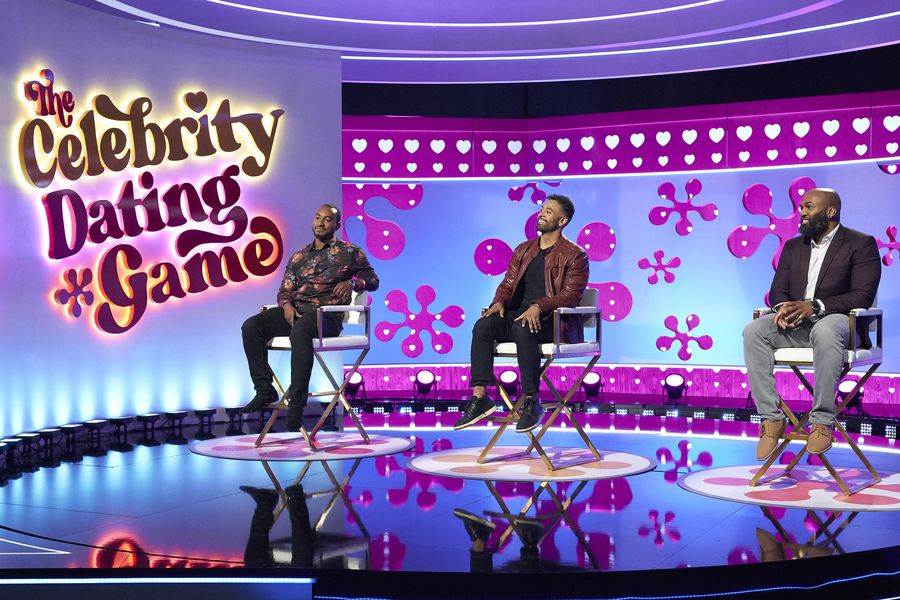 Zooey Deschanel is the master of ceremonies and while the scripted moments for her to follow aren't great, she gets to shine throughout as a confidant to the celebrity contestants. She is given the space to give her two cents on the game, allowing the whole thing to feel like friends hanging out and talking about relationships. Michael Bolton is also present, albeit mostly as a quiet, mannequin-like human. During each game, he sings a song that includes clues about who the celebrity might be to the secluded suitors. It’s hokey in the best way, especially against the perfectly calibrated 1960s technicolor backdrop.

The biggest takeaway of this show and its success as a reboot is that it knows its own scope. It doesn’t try to be something that it’s not. While a lot of the Summer Fun & Games slate has moved around the schedule, especially during the past year, The Celebrity Dating Game deserves its summer placement. It’s a kooky, campy time that never tries too hard. Put on your go-go boots, take a seat on the couch, and add this one to your summer TV rotation.