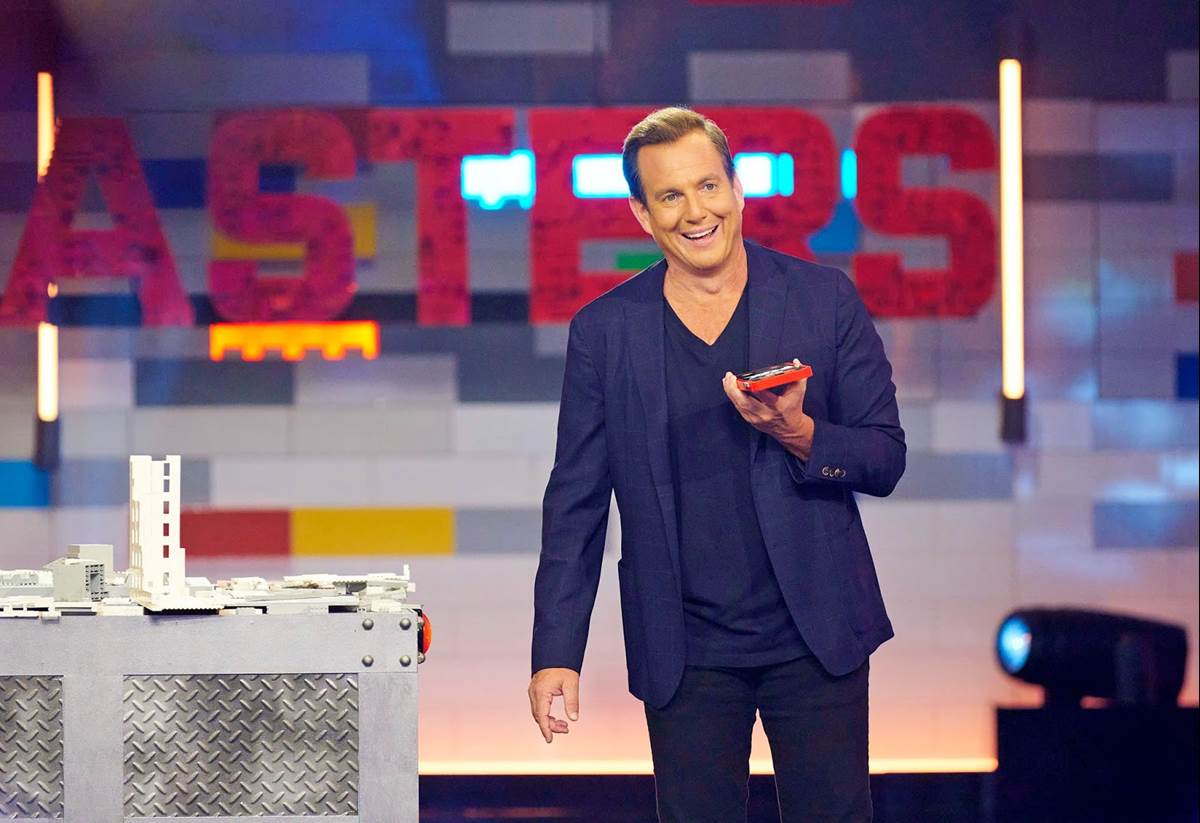 The second season of LEGO Masters continues to chug along on the FOX Network, and as another week has gone by we’ve had to bid farewell to a second team of builders on the hit reality competition show.

Last week we started interviewing each eliminated team from LEGO Masters season two, and that series continues this week with the father-son team of Tim and Zach, of which only Tim was available during the interview session transcribed below. Mike Celestino, Laughing Place:  What was you and your son’s history with LEGO before participating in LEGO Masters?

Tim:  If I go way back to my childhood, we were dirt poor and we didn't have enough money to be able to pay for LEGO. We were playing with sticks in the backyard. [laughs] But let's go back to my son's history. When he was three, he wanted to steal all of his older brother's LEGO, and basically mom and dad were looking at him like, ‘No, you're three, you're going to stick them in your nose and poke out your eyeball,’ so we're pulling them away from him. By the time he got to be five, six, and seven, we started buying sets and putting them together [with him]. He quickly matured to the point [where he would say], ‘Dad, I don't need your help.’ So by 10, he's already putting sets together, following the instructions, and then we went through a longer stint with that, I would say about two or three years.

And then about– he's 18 now, so let's say it was about eight years ago– about 11-ish, somewhere in that ballpark, he's already gone to the point of creating MOCs. And that's where I stepped back in and say, ‘This is really cool. Let's connect on this point. How do we build together? How do we share together?’ And we started buying bulk LEGO, sorting them out, organizing them. We've got shelves and all kinds of crazy stuff. So that's a brief history of how we've connected through LEGO.

LP:  Once you got accepted and finally arrived on the set for LEGO Masters, what was the biggest surprise to you about how the show actually comes together?

Tim:  There's two things that I would say are surprises. The first thing is– and we knew about this but we just didn't understand the impact that it would have on the building styles and the techniques and things like that– you've got a certain set of rules, you've got parameters, you've got a clock, and then your brick is organized different in the brick pit. Not that it's bad, it's just different. And so we're trying to remember where stuff is at, compared to where our bricks [are] and how our bricks are organized [at home]. So the impact is, ‘Wow, we don't build this way. We've got a clock. We've got to get it done. We’ve got to get this high or this wide.’ You don't normally build that way. So that was… I don't want to say a shock, but it was definitely a different way of thinking and a different way of building.

And then the second thing was just how awesome the other contestants are,, because we've really connected and bonded over our love of LEGO and it's been really fun to continue to develop that relationship even after we've already recorded the show. LP:  The challenge that got you eliminated was called “Make and Shake,” an earthquake challenge. If you had this challenge to approach again, what do you think you would do differently?

Tim:  This question has been raised multiple times and there's two ways to look at this. First of all, if you're entering into the challenge and it's a brand new situation, I can honestly say we wouldn't do anything different, because hindsight is always 20/20. You look back and you say, ‘I can adjust this or I can change this.’ But from the front side going in, we probably wouldn't change anything. We would do it exactly the same. Now, looking back from the hindsight, we've learned some things. So now we can go back and say, ‘Well, I would have done this Technic piece [differently], and I would have attached this part here. I would have done a couple of things [differently]."

When people ask me, "What would I change?" I really wouldn't change anything. I don't want to change the experience because I learned from those experiences and then I become better. The next time I get to do this, the next time I get to go and do a challenge, I have more skillsets to be able to take into it. So of course I'm going to do things differently.

LP:  What were you most proud of in your team’s contributions to the other two challenges that you participated in: “LEGO Day Parade” and “Hero Shot”?

LP:  Zach and I stepped into all of the challenges from the perspective that I do a lot of the visionary, creative [parts]. I draw the stuff out and figure out what we're doing. That's always been my job. The really cool thing was when we had the second challenge. I know a little bit more about the pyro type things and how explosions happen, and so it was interesting. The first one, I did creative, Zach did all of the Technic-type things and how to do the motion. And then we actually [flipped] roles on the second part of it where I started having to build out, ‘How do we control the gas?’ And Zach had the creative [side]. It was a complete flip-flop on both of them. So one I was creative, the next one I was actually working on the technical part of, ‘How do we control the gas, and how do we make sure that those vials explode properly?’ 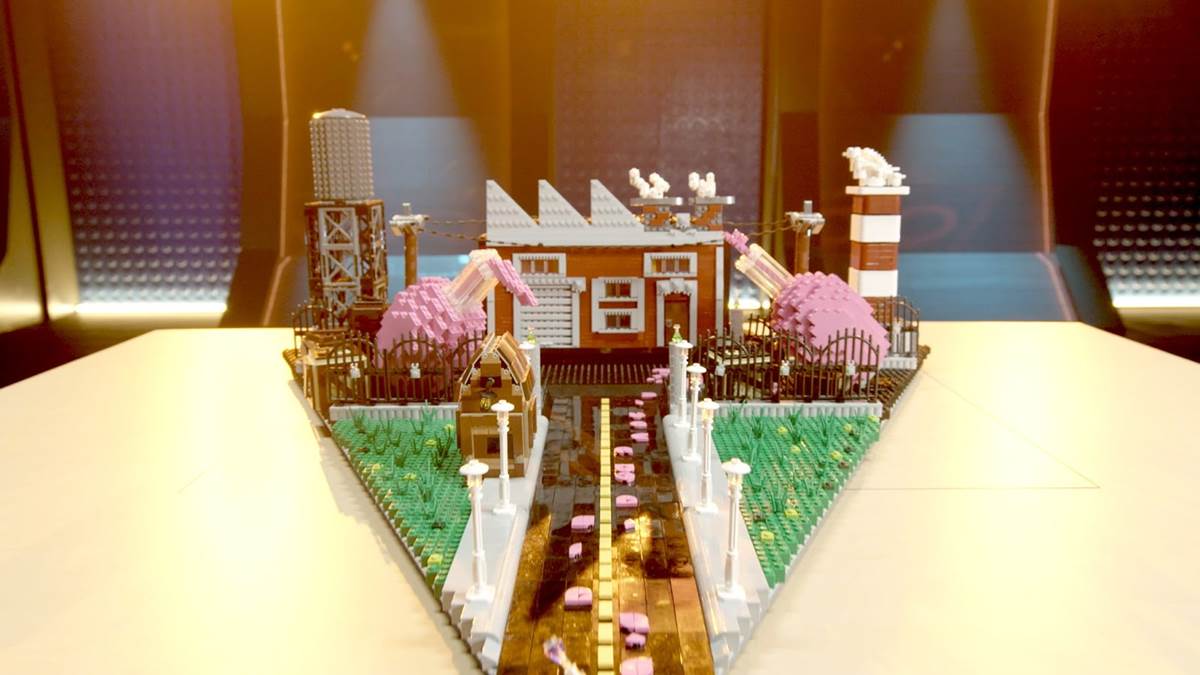 LP:  What were your interactions like with the judges, Amy and Jamie? Do you think their decision was fair?

Tim:  They are judges. Their interaction has to be on a specific level to keep everything fair, so they're not showing favoritism when they're interacting and that's a really important aspect. So it's not that we became buddy-buddies. We just didn't have that relationship, just to be able to keep it on the level, and as a judge [that’s] really, really important. And I think they did it very, very well. So I respect the way that they interacted with all of the team members, keeping it on a level playing field. When it comes to the fairness as far as judging, that's not mine to control. It doesn't matter what I think if they're fair enough. My job is to control what's going on in my head. My job is to do the best that I can.

Once I release that out into the world, it's now no longer my responsibility. So it doesn't matter if I think that they were fair or not fair. Now, do I think they were fair? Absolutely. I thought they did a great job, but that question always shakes me a little bit because I don't like judging somebody's ability or somebody’s fairness when I know that they're doing the best that they can with the information that they have.

LP:  How about the host, Will Arnett? What was it like meeting him and what were your interactions with him like?

Tim:  Obviously he's the host, so [unlike the judges] he doesn't have to remain impartial. Secretly, I think he liked the other contestants better than he liked me. I don't know that for sure, but it just seemed that way. Our first interaction happened to be over hockey because we're from Michigan. He was giving us a little bit of guff about which hockey team was better– all in good fun. He's a great guy and it's comical the way he comes across with one-liners and questions. It really was pretty funny the way he interacted with us.

LP:  Now that the show has aired for a few weeks, what have the reactions been among people you know?

Tim:  That's an interesting thing because in a small town, you're famous for a few brief seconds. That's what you get, and that's okay with me because it's part of who we are. We don't like to change a lot. I mean, we really do enjoy our small-town ideas and thoughts, and that's really cool, but the family is all excited. Everybody's sending me well-wishes, and then when we ended up getting eliminated, [the] same thing [happened]. ‘Sorry to see you go.’ But more importantly than anything else, the reaction is they really appreciated the message that Zach and I portrayed about how to be able to have a healthy relationship between a parent and a child, and the fact that you can still have that even into their teenage years. No longer is it a father-child relationship; now we've become friends. People say, ‘That is what I really appreciate about you.’ 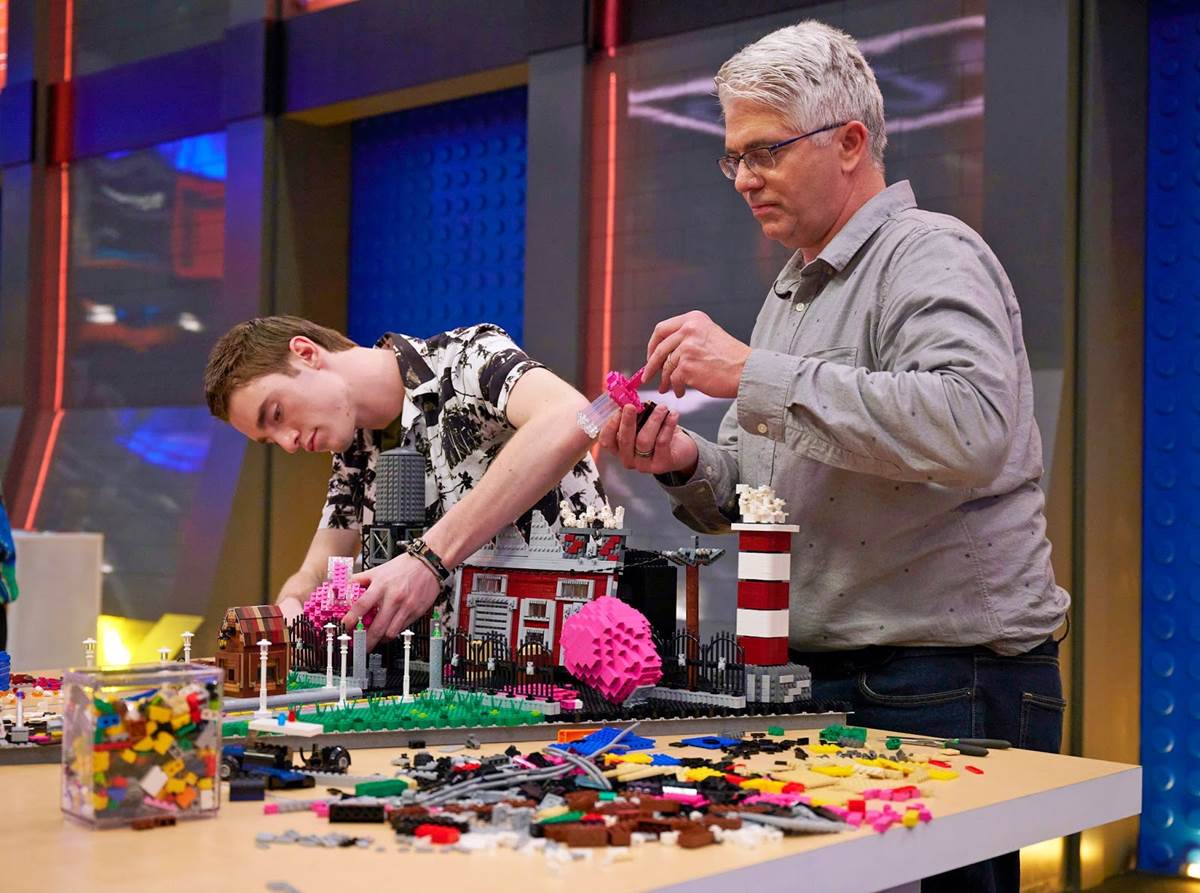 LP:  Lastly, do you have any tips that you would give to future contestants on LEGO Masters?

Tim:  There's two things: if you're looking to become a LEGO Master and you want to get on the show, the first thing that you’ve got to do is just build. Build whatever you're thinking. Build whatever you're passionate about. Just keep practicing. Just keep building, and that's when things happen. Opportunities show up. That's what we did. This opportunity showed up and we made the application. Just keep building. [The] second thing [is] when you're on the show, the most important aspect is mindset. You've got to be able to control and look at how you are approaching life, how you're approaching the show and the contestants and how you're playing. And you've got to play well, because it's more important to control what's going on in your mind. 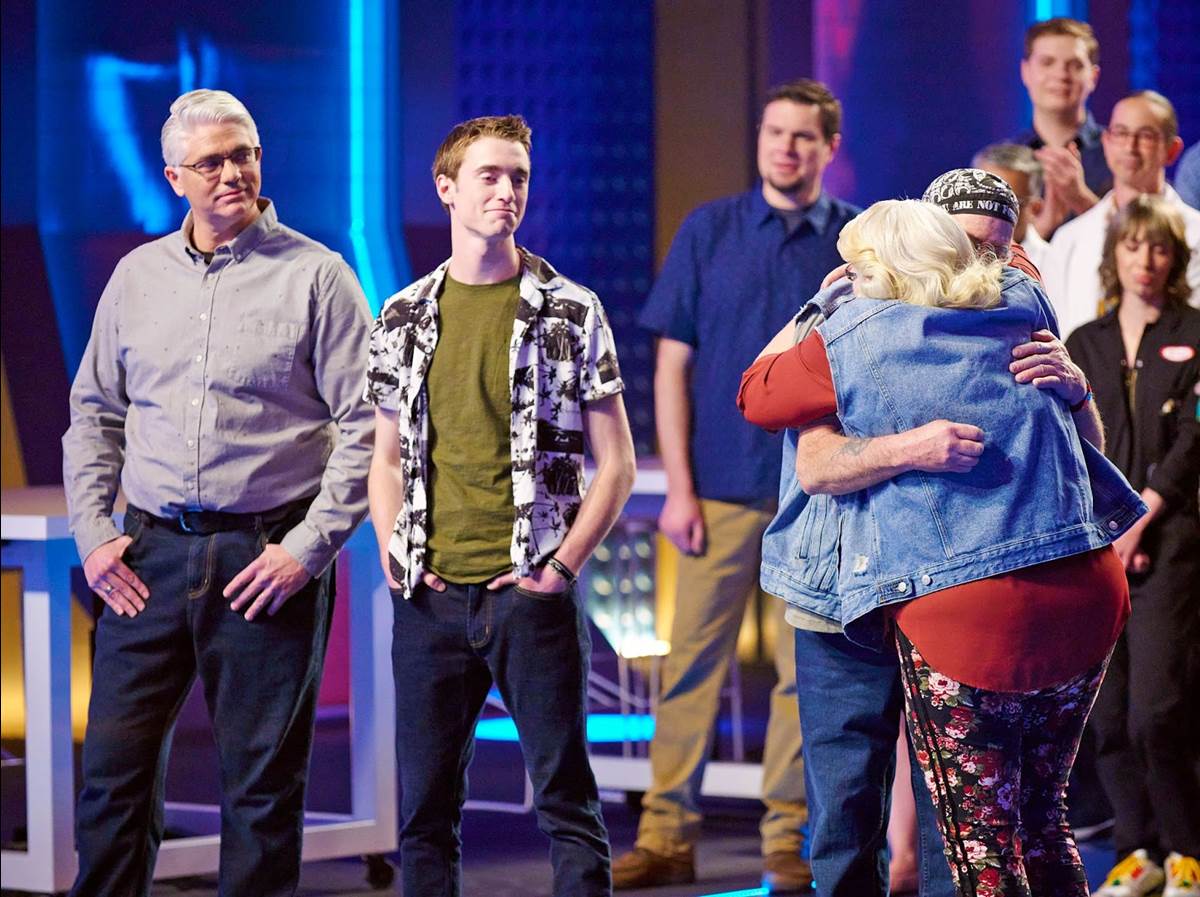