Since its debut in 2008, Wipeout has entertained viewers with its unique combination of athleticism, messiness and wipeouts. Originally on ABC, the show debuted on TBS (they’re very funny) last year with new hosts and some tweaks to the format. 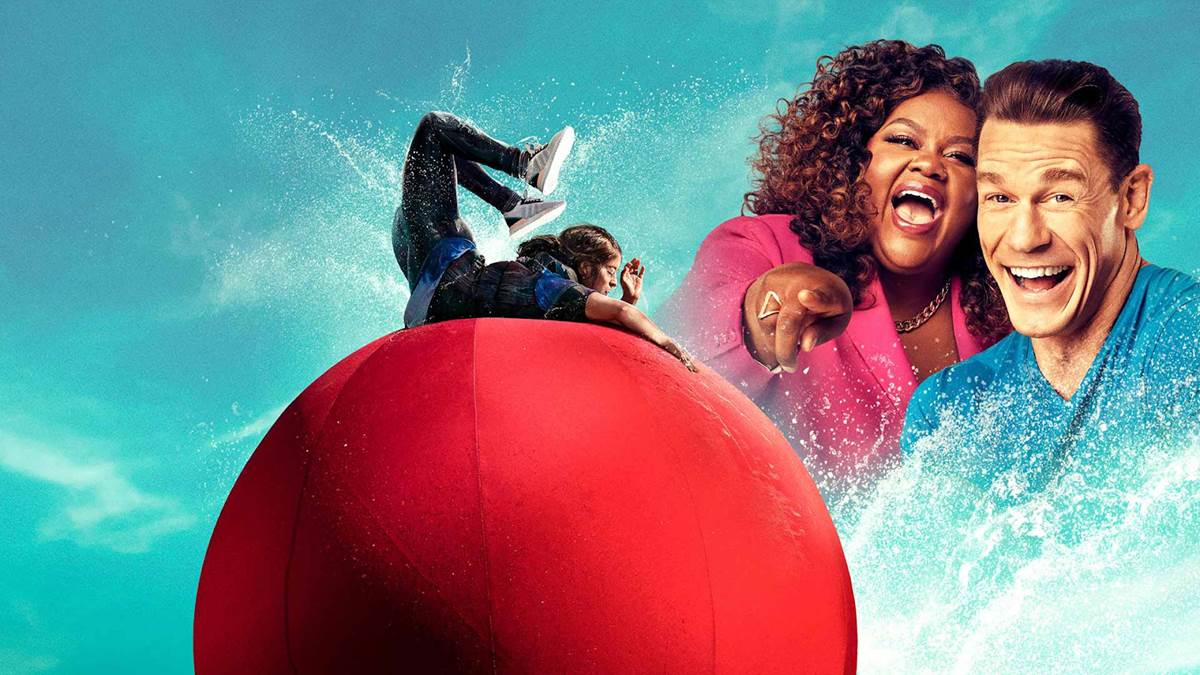 As Wipeout prepares for its second season on TBS, they’re looking for contestants. You can apply now at WipeoutCasting.com. The game is now played with teams of two (spouses, friends, boss/employee, siblings, whatever) and auditioning couldn’t be easier as everything is done via Zoom. The duo don’t even need to be located in the same location. And as show creator Matt Kunitz puts it, the show is an obstacle course for people who don’t do obstacle courses – so personality trumps athleticism. 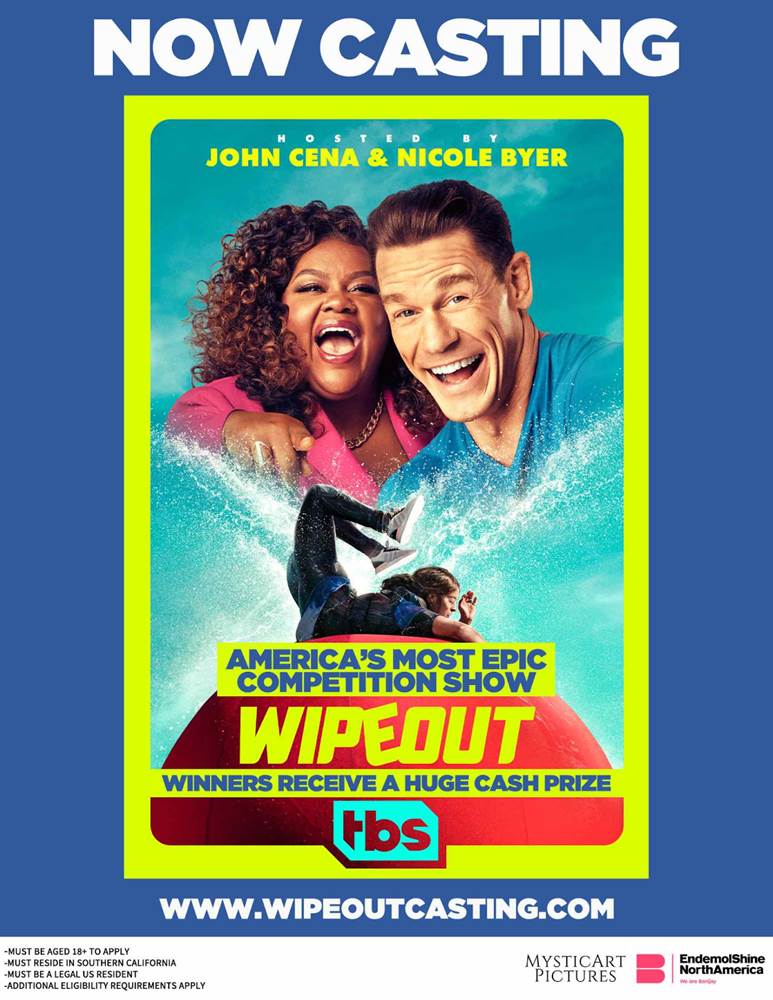 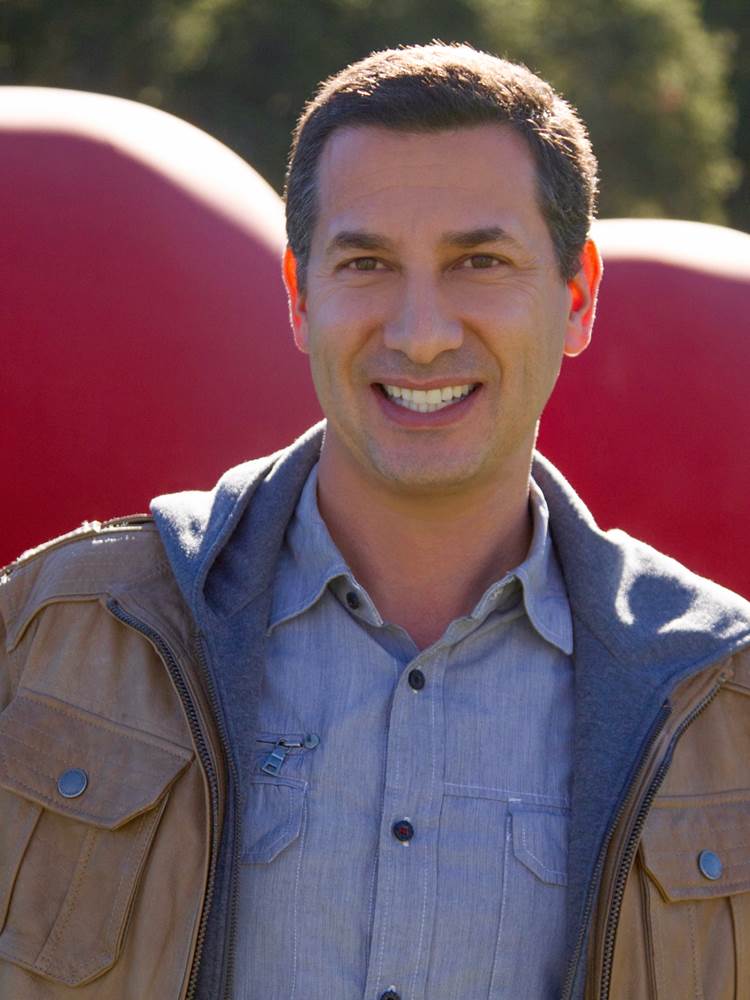 Recently, I had the opportunity to talk to Kunitz (who also created other iconic shows like Fear Factor and Real World Road Rules Challenge) about the history of Wipeout, the changes with the move to TBS, Wipeout’s influence on society and casting for season 2. The entire interview can be viewed below and it’s quite entertaining.

And if you’re even giving a brief thought to auditioning for Wipeout, here are 5 reasons why you should. Apply right now at WipeoutCasting.com.

1. The Black and Blue Crew

The obstacles might look a little dangerous, but they’re all very safe. Before any contestant tries them, they are put through their paces with the “Black and Blue Crew” who make sure they’re all doable and doable without injury. Next, less experienced crew members and friends are enlisted to make sure the every-man can complete them as well. Only then are they unleashed on the contestants. The padding used is also very carefully chosen – it’s a lot safer than it looks.

The hosts of the ABC version of Wipeout weren’t actually present on the course. They recorded their segments in front of a green screen. But the TBS version brings hosts John Cena and Nicole Byer to the final obstacle, the Wipeout Zone, where they can watch and commentate live and talk to contestants after they finish the course.

3. You Will Live Forever on Social Media

4. Your Chance to Conquer the Show’s Most Iconic Obstacle

I asked Matt Kunitz what his all-time favorite obstacle was. Of course, it’s the Big Balls. One of the first to be created, the Big Balls were expected to stick around for a few episodes. Instead, it’s become the most identifying part on the show. Kunitz thinks one of the reasons for its success is no two Big Ball wipeouts are the same

The first character my son Gideon ever “met” was Ballsy, the Wipeout mascot. He was less than three months old at the time and he remains a huge Wipeout fan 12 years later. 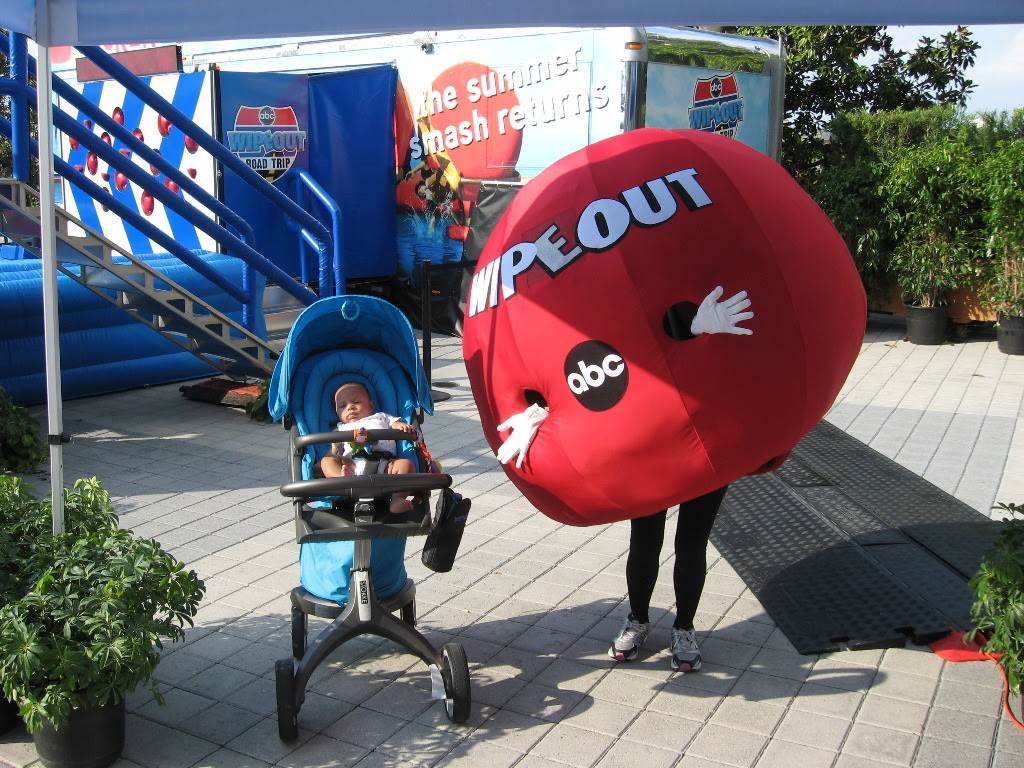 Wipeout creator Matt Kunitz also created the hit reality show Fear Factor. The stunt based show had contestants doing crazy things like walking on airplane wings. But what stuck in most people’s minds were contestants having to eat disgusting things (I won’t be any more specific than that). Thankfully, on Wipeout, you can acquire fame and fortune without subjecting yourself to such things.