The UFC returned to Las Vegas tonight and brought the sport’s biggest star with it. Conor McGregor and Dustin Poirier capped off their trilogy with a thrilling finale and several other fighters scored very big wins with some exciting finishes.

Let’s take a look at some of the highlights of the night and break down the three fights we looked at in our UFC 264 preview. 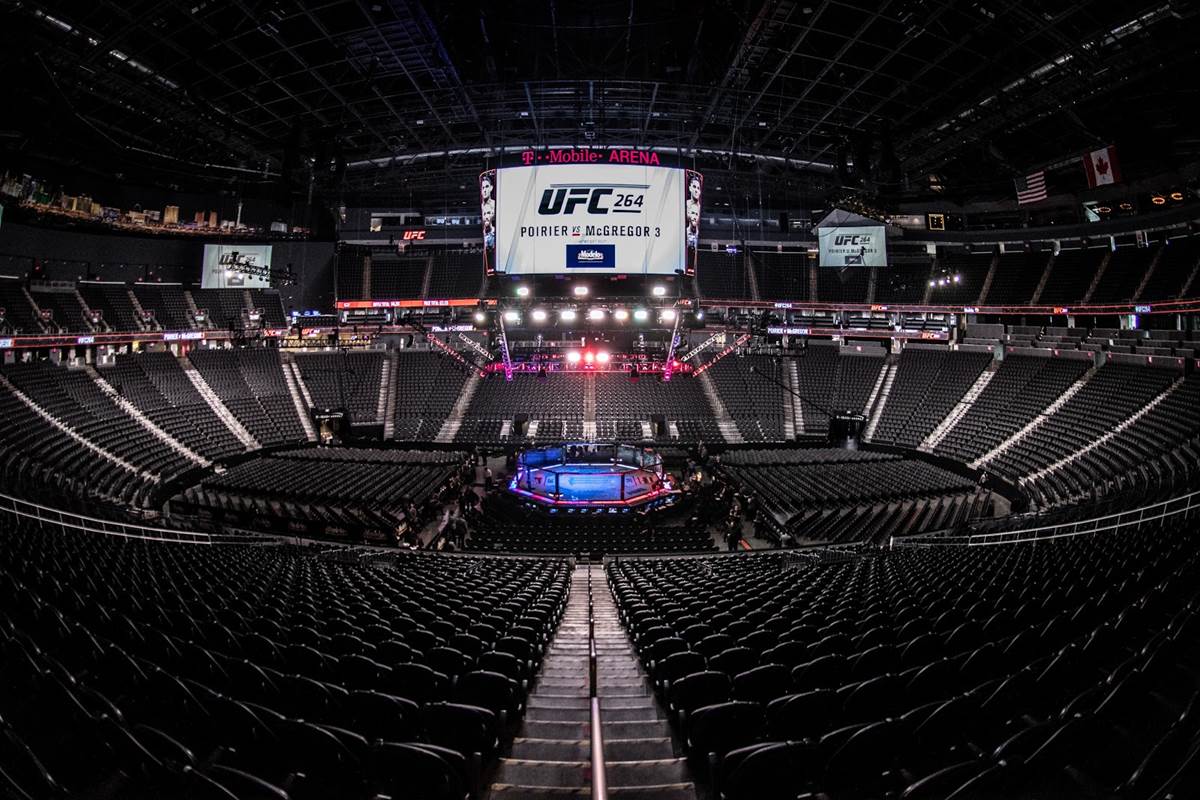 The night started off with a bang when Zhalgas Zhumagulov stopped Jerome Rivera in the very first round of the first bout of the night. Zhumagulov got a hold of Rivera’s neck with a guillotine choke and squeezed tight. It was a very awkward position for Reivera, who was forced to tap fairly quickly.

Two of the top women’s flyweights in the world faced off in what could have been a main event on another night, but we got it as a prelim tonight. Jennifer Maia defeated Jessica Eye in what proved to be an absolute war. Eye suffered a pretty nasty cut on her forehead and was a bloody mess by the end but she stuck it out and kept bringing the fight to Maia. Both of these fighters proved they belong near the top of this division.

Niko Price and Michel Pereira also fought to a decision, with the latter edging out the decision victory. These two guys left it all in the octagon, trading huge shots throughout the fight. Both guys were hurt but showed no quit at all and kept the pressure up for 15 minutes. It was an incredibly entertaining fight that got the crowd ready for the main card.

The first fight of the main card was an absolute clinic both in striking and in toughness. Sean O’Malley put on a historic striking performance, landing 147 significant strikes through the first two rounds and landing at a 72% clip. O’Malley seemed able to land whatever he wanted whenever he wanted, consistently snapping his opponent’s head back with jabs, hooks, headkicks and a variety of other strikes. The one thing he could not do was put Kris Moutinho away. In his UFC debut and a fight which he took on just 10-days notice, Moutinho showed unbelievable (like, literally unbelievable. I couldn’t believe what I was seeing) toughness and relentless pressure. He was constantly in O’Malley’s face and forcing him to move backwards, despite getting completely battered with every strike imaginable. The fight almost went the distance but with about 30 seconds left, referee Herb Dean decided Moutinho had taken enough punishment. Moutinho and the crowd were upset with the stoppage. O’Malley was not and he used his post-fight interview to call out the entire bantamweight division. One thing’s for sure though, we have not seen the last of Kris Moutinho after that performance.

The energy of this night did not let up in the second bout of the main card as Irene Aldana finished Yana Kunitskaya in the first round of a very big women’s bantamweight bout. Kunitskaya came out very aggressive and got the better of her opponent in several exchanges in the early going. Eventually though, Aldana let her boxing take over and landed a nice left hook that dropped her opponent. After landing some big ground-and-pound, Aldana earned the stoppage and a very big win over a game opponent. A championship opportunity could be in her future.

Two big heavyweights stepped into the octagon with bad intentions tonight. A minute later, Tai Tuivasa had his hand raised after another devastating knockout, this one at the expense of Greg Hardy. Both guys wasted no time taking the center of the octagon and trading shots. They both landed a bit and Hardy actually cracked Tuivasa first. When he rushed in to take advantage though, Tuivasa caught Hardy with a counter left and put him to sleep instantly. Tuivasa had won the crowd over already with his Spice Girls walkout song and he only furthered his popularity with his post-fight celebration, chugging beers from shoes, which has become his signature move at this point. After another impressive knockout win, Tuivasa could be looking at a very big opportunity his next time out.

My pick: Tuivasa via 1st round knockout

Result: Tuivasa via 1st round knockout

In a very big welterweight showdown between the second- and fourth-ranked fighters in the division, it was Gilbert Burns who managed to grab a very close decision win over Stephen Thompson. It was a clash of styles here and Burns’ strategy to out grapple the karate-style kickboxer proved to be very effective as he was able to secure takedowns in all three rounds and control his opponent. Thompson took the second round on all three scorecards, sending us into the third with the fight still very much up for grabs but again it was Burns’ grappling that proved to be the difference. After getting his hand raised, Burns called out Jorge Masvidal, Nate Diaz and Leon Edwards but also said he is working his way back to the welterweight championship.

My pick: Thompson via decision

The energy was on a new level in the T-Mobile arena for this main event, with very vocal fans for both fighters. That energy carried over into both fighters’ performances and they both came out throwing big strikes immediately. Both guys landed multiple times and neither really got an upper hand on the feet but Poirier eventually score a takedown and controlled the majority of the first round. In the last few seconds, McGregor managed to work back to his feet and get right back to throwing big strikes. Unfortunately, Conor took an awkward step back and seemingly broke his leg or ankle. He survived to the end of the round but the fight was called for a very disappointing finish to what was otherwise a thrilling fight. In his post-fight interview, Poirier claimed Conor’s leg was broken on a checked kick earlier in the fight, which Conor then disputed in an interview of his own. Conor says their rivalry is not done, but Poirier is likely looking forward to a championship opportunity against Charles Oliveira.

My pick: McGregor via 4th round knockout

The UFC will return to ESPN on Saturday, July 17 for UFC Fight Night: Makhachev vs. Moises. Be sure to check back for a preview of the event.