Who gave HSMTMTS the right to play with my little queer heart this week? With the episode’s title being “The Transformation,” I expected the crux of the episode to deal with the actual transformation at the end of Beauty and the Beast. While it was covered (rather tragically, might I add), I didn’t expect the sweetest little gay love song of all-time to puncutate this episode with buckets of my tears. 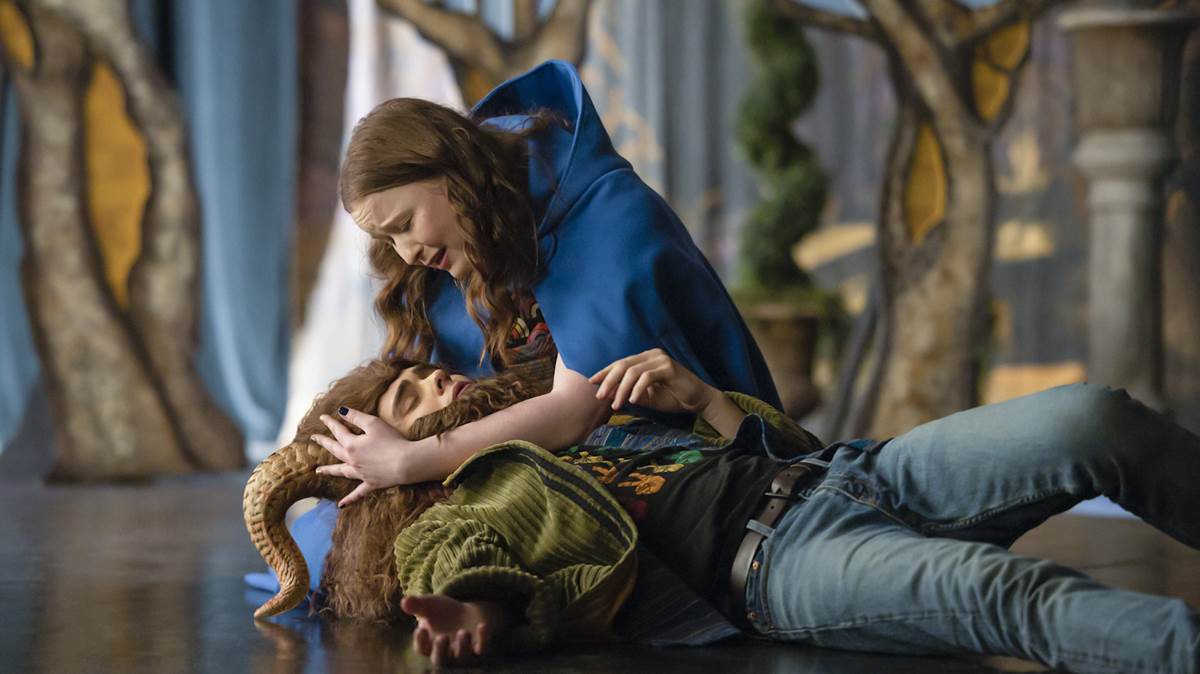 Let me not get ahead of myself, as we are only a few weeks away from opening night and the Menkies. The cast (aka Miss Jenn) is stressed beyond belief at the state of the show, specifically the big finale. After a rehearsal attempt at turning the Beast back into human form goes awry, everyone is left to figure out how to fix this theatrical equation. We learn that North High has the actual set and technical blueprints from the Broadway run (What is North High’s budget?!), so without a good technical score, they can kiss their Menkie goodbye.

The crew decides to split up, boys vs. girls, to figure out a way to create their own spectacular transformation presentation that will get them recognition. While the girls work on a multi-faceted cape, the boys decide to work on a lazy susan of sorts that will aid in the cape switch timing.

With Frankie with the boys and Seb with the girls, discussion begins about their spring break tiff. Seb is still a bit bitter about Carlos’s Mexico trip and the abundance of photogenic guys he was seen taking photos with. Meanwhile, Carlos doesn’t understand why Seb just can’t share his feelings on the matter outwardly. The crux of the issue is Seb’s worry about the inevitability of the relationship, which is such a wonderful little plotline to include. For a majority of queer youth, they tend to be an anamoly in their schools, meaning there aren’t a lot of out-and-open teens available to date. For Seb, he is starting to feel insecure about the relationship and thinks Carlos is with him because he’s the only other gay teen at school. It’s a heartbreaking, yet totally relatable mindset.

While this is going on, Ricky and Nini are learning some secrets from others about their ex. Nini hears for the first time about the Gina chocolate fiasco, while Ricky can’t believe EJ’s seemingly hung-up on his past relationship with Nini. Both are devastated to varying levels and in different ways, but Ricky realizes his spring break song is not appropriate to perform for Nini any longer. Instead, he takes his heartbreak and puts it to use by helping Frankie hold on to the guy he loves most. 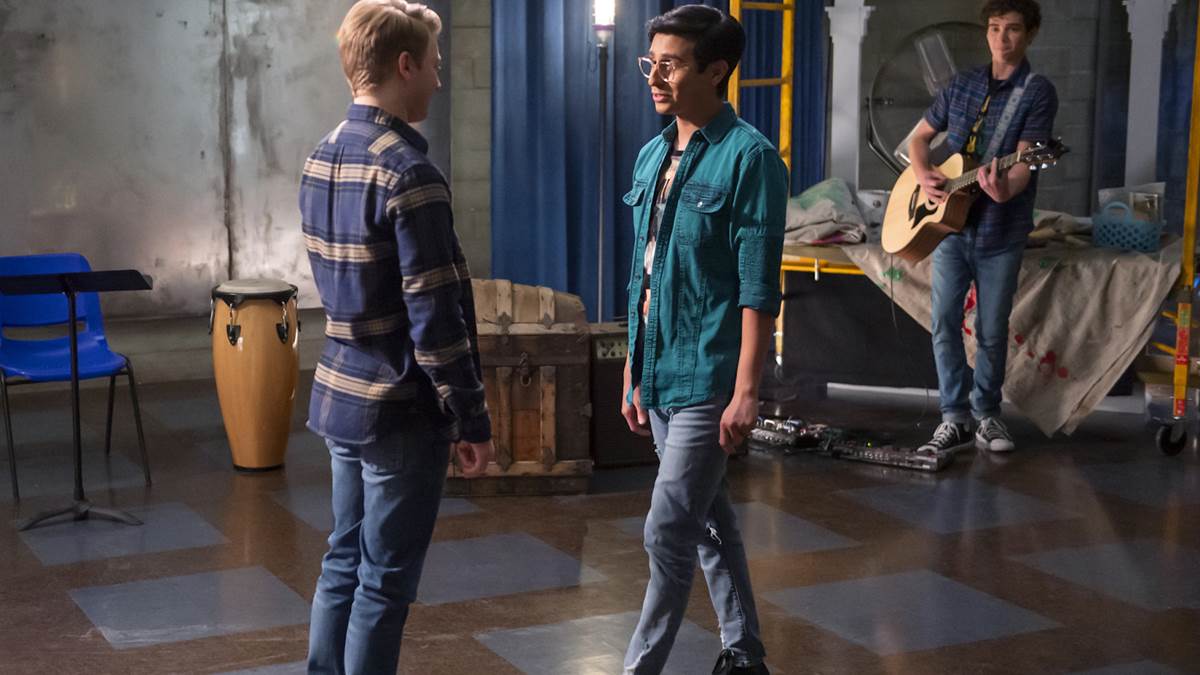 We then receive the sweetest little ode to Seb I’ve ever done heard. It was wholesome and sweet and what I want out of a partner and…oh GOD, I’m crying again. Curse you, Tim Federle! (JK XOXO let me audition for Season 3?)

Thanks to Howie, Kourtney gets the original Broadway blueprints. When presenting them to the group, they realize the Beast’s transformation is just wire work, like that of last year’s “Getcha Head in the Game.” As they get the rig set up and lift Ricky into the air, confident in their inevitable win at the Menkies, the rope snaps and Ricky plummets to the floor. Gonna have to call a yikes on that one.