If you don’t remember much about him from middle-school art class, Vincent Van Gogh was a world-renowned Dutch impressionist painter whose most productive period was almost 150 years ago. He’s undeniably one of the most famous figures in human culture over the past couple centuries, though he did not achieve much recognition until after his death by suicide in 1890 at the age of 37.

Continuing in that legacy is the new “Beyond Van Gogh” immersive experience, which has toured the United States and is evidently one of a number of such exhibits put on by different media companies, each focused on this one particular artist. It’s a strange phenomenon, but after visiting the new Orange County location this morning I can understand why it’s caught on the way it did. 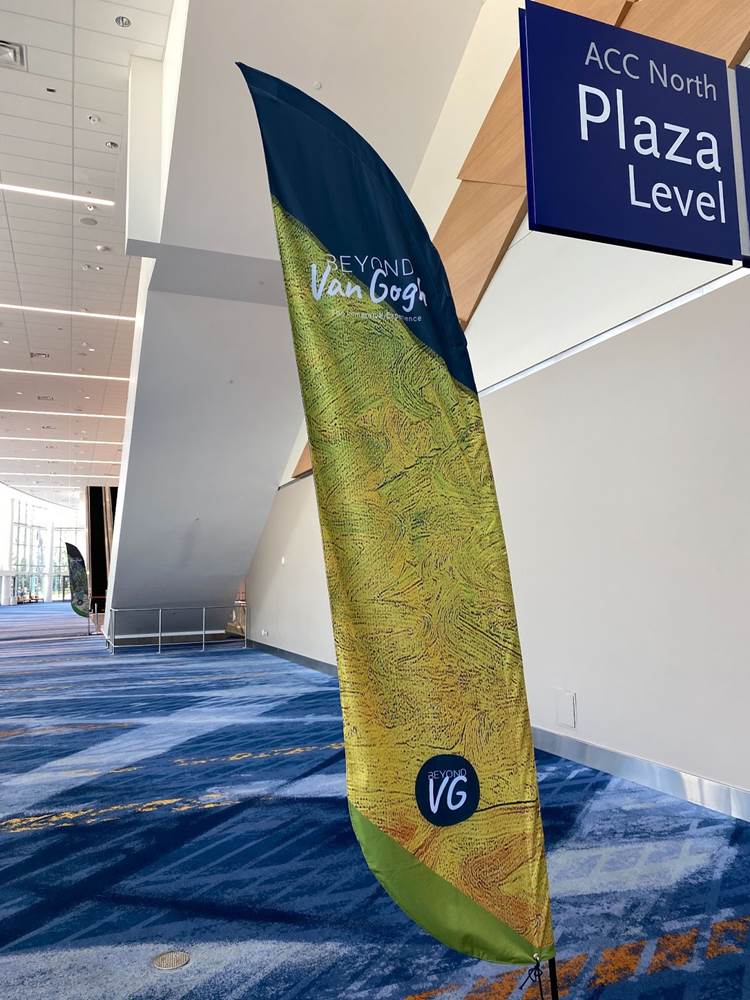 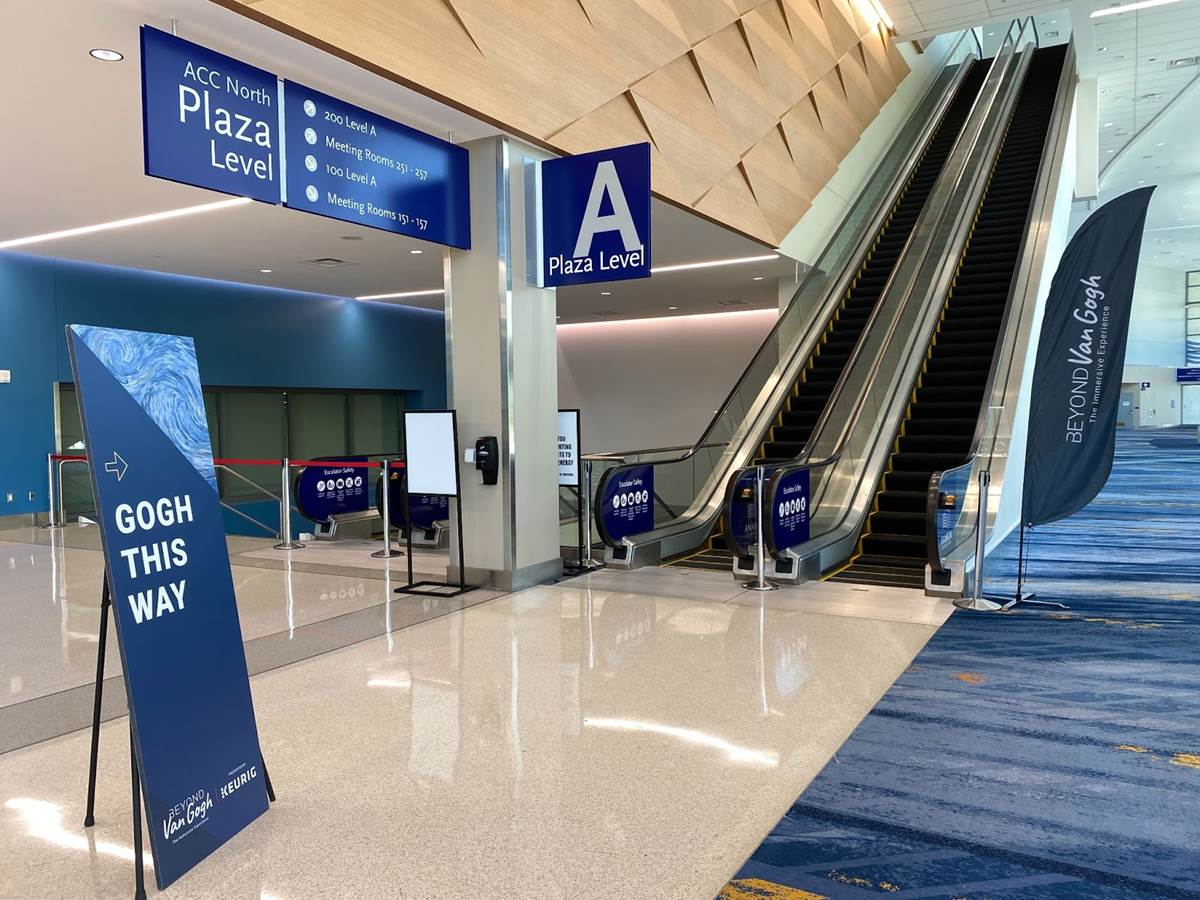 I arrived at the Anaheim Convention Center around 11:00 AM this morning and made my way up to the second floor of the relatively new North side building, where the OC’s iteration of “Beyond Van Gogh” is housed temporarily through Labor Day weekend. At the entrance to the experience I was greeted with colorful banners, punny directional signs that read “Gogh this way,” and a photo op against a backdrop of one of Van Gogh most instantly recognizable works: The Starry Night. Then the queue area winds through empty frames and large printouts of quotes from the artist himself. 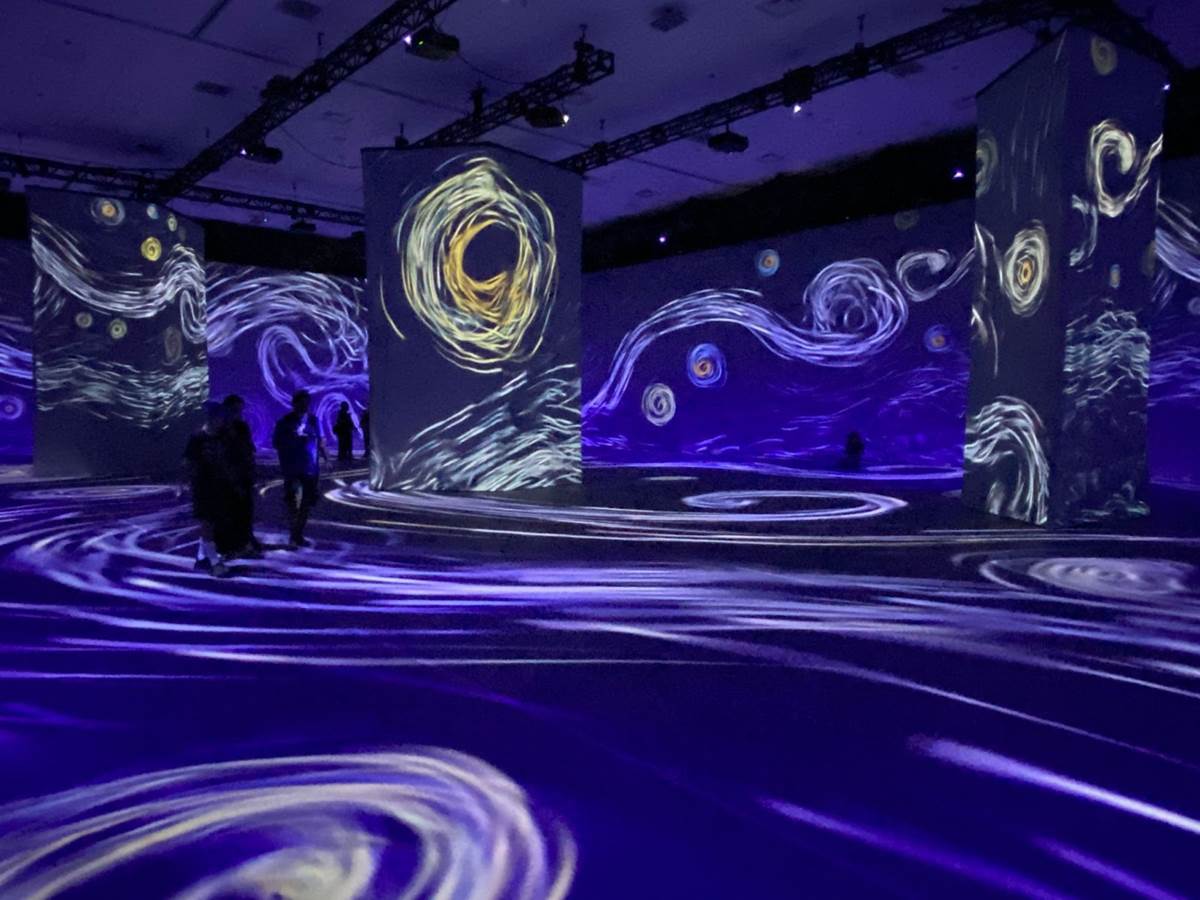 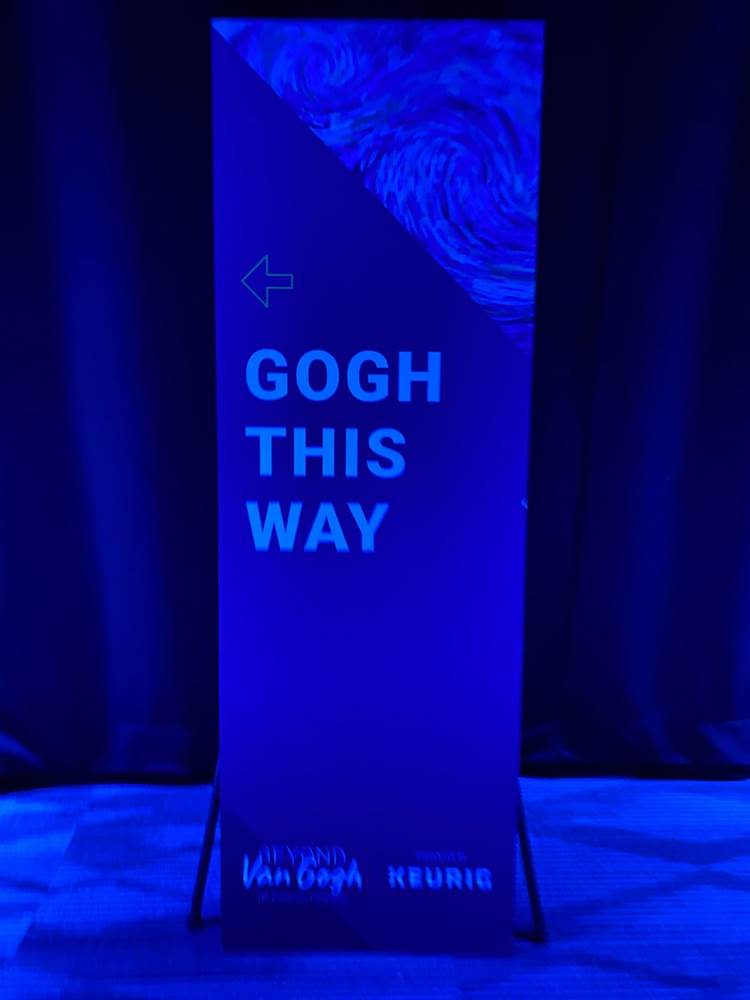 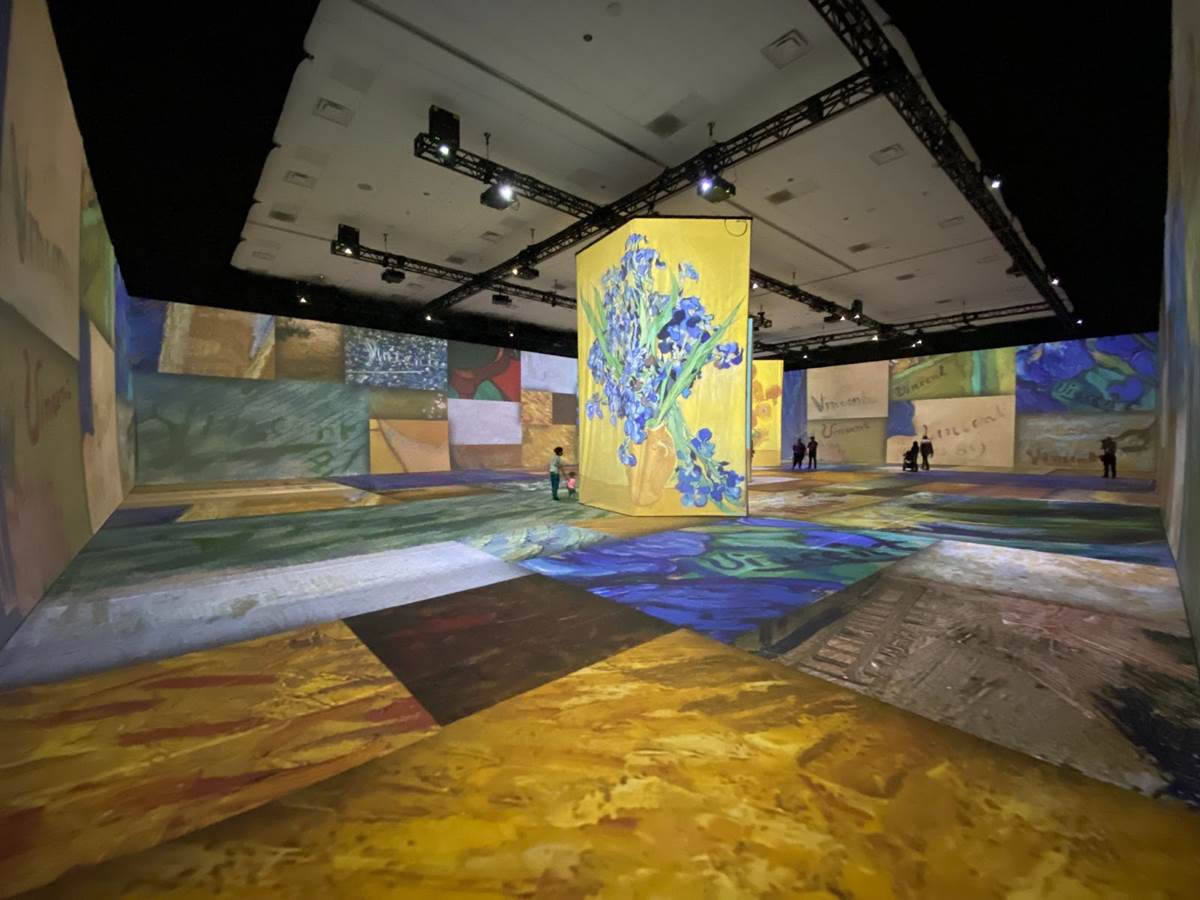 Inside the exhibit itself, The Starry Night and numerous other pieces take on new life as guests stand in a large room covered in canvas on all four walls and the floor, not to mention several oversized columns. Dozens of high-definition projectors on the ceiling cast images of Van Gogh’s artwork on these surfaces, engineering the effect of being plunged directly into the paintings. The images evolve through about a half-hour loop of pastoral scenes, self-portraits, nighttime landscapes, and other art from Vincent’s short but prolific career– accompanied by some ethereal music that helps sell the overall effect. There isn’t much more to it than that, but as someone who didn’t really know what to expect walking into “Beyond Van Gogh,” I think it works.

A brief clip of the #BeyondVanGogh exhibition. The art continually changes as you wander through the space. It’s got a really nice feeling to it. pic.twitter.com/UdA3enuy4b

Bear in mind I was able to attend for free during a media preview and my time inside the space was mostly free of crowds so I was able to enjoy it without too much distraction (I’m positive the main room’s capacity will be significantly increased during regular operation), but judging the event as something intended to evoke a specific mood, I would call it successful on its own terms. I found myself transported to a different time and place and almost kind of hesitant to leave because of the calming nature of the resultant atmosphere, which is especially impressive considering I was standing across the street from my usual go-to destination for escape from everyday life– Disneyland Resort. Your own personal mileage may vary, of course, and I wouldn’t be surprised to see folks balking at the asking prices for admission (a cursory look around the “Beyond Van Gogh” website shows tickets going for between $25 and $95, depending on guests’ age and level of desired access). But I would say if you’re looking for a fun, unique date idea or even a trip out with family that inspires some discussion and maybe even generates fresh interest in the art world, this might be worth checking out. 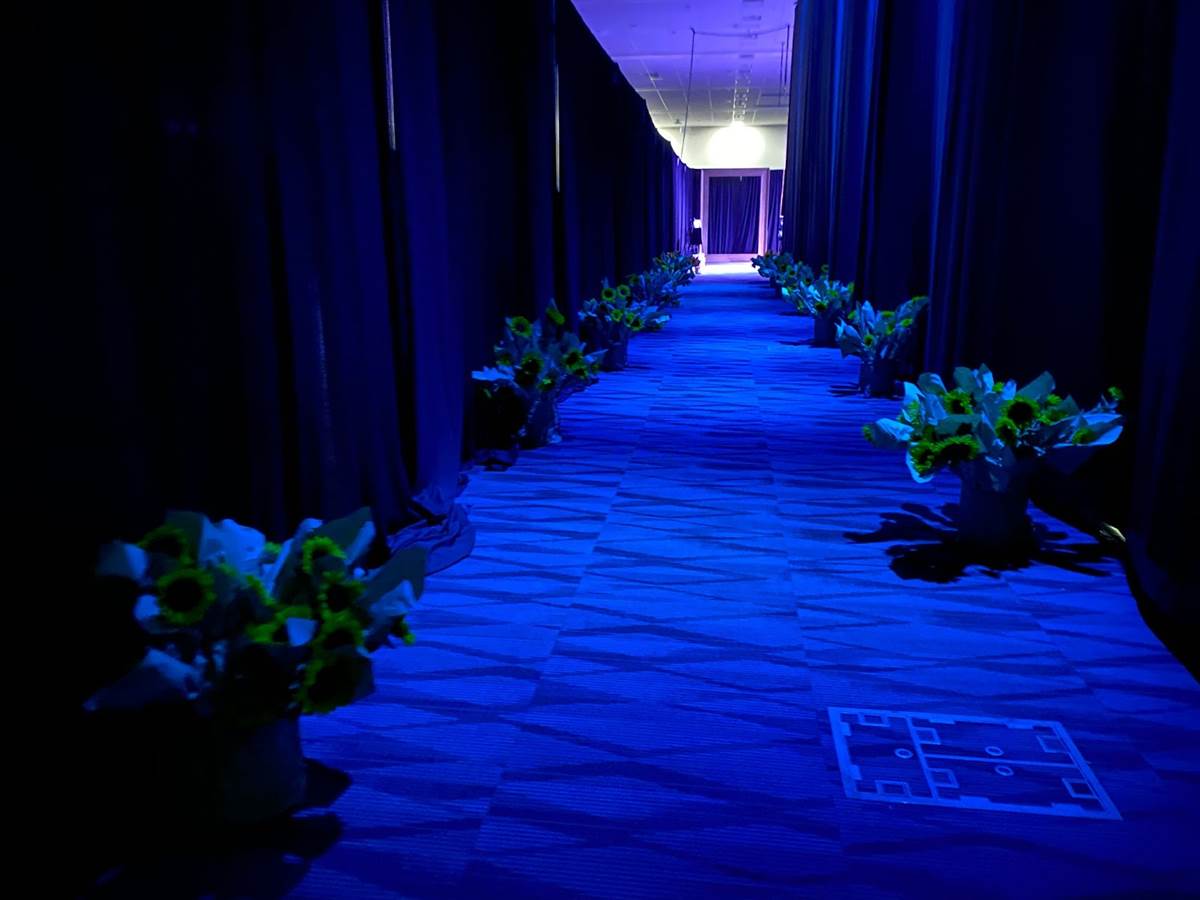 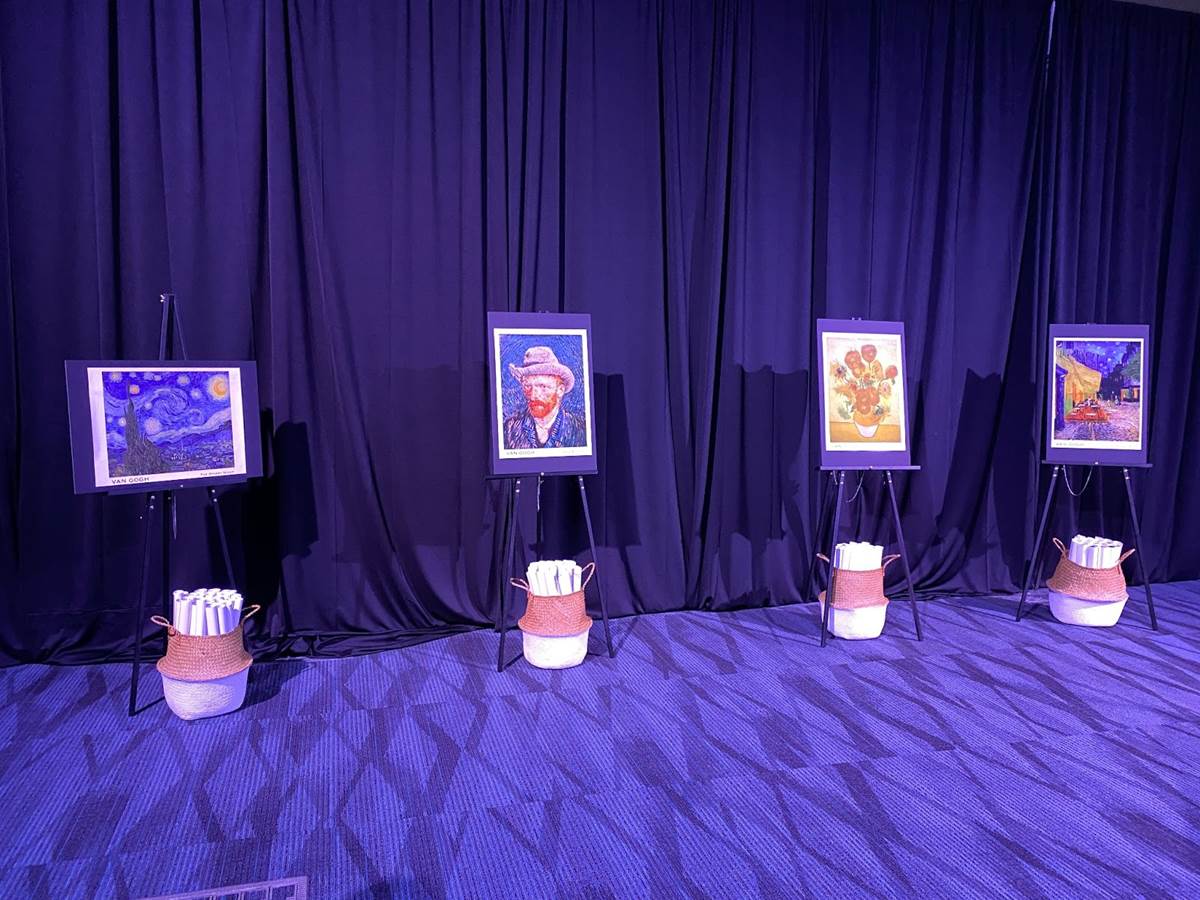 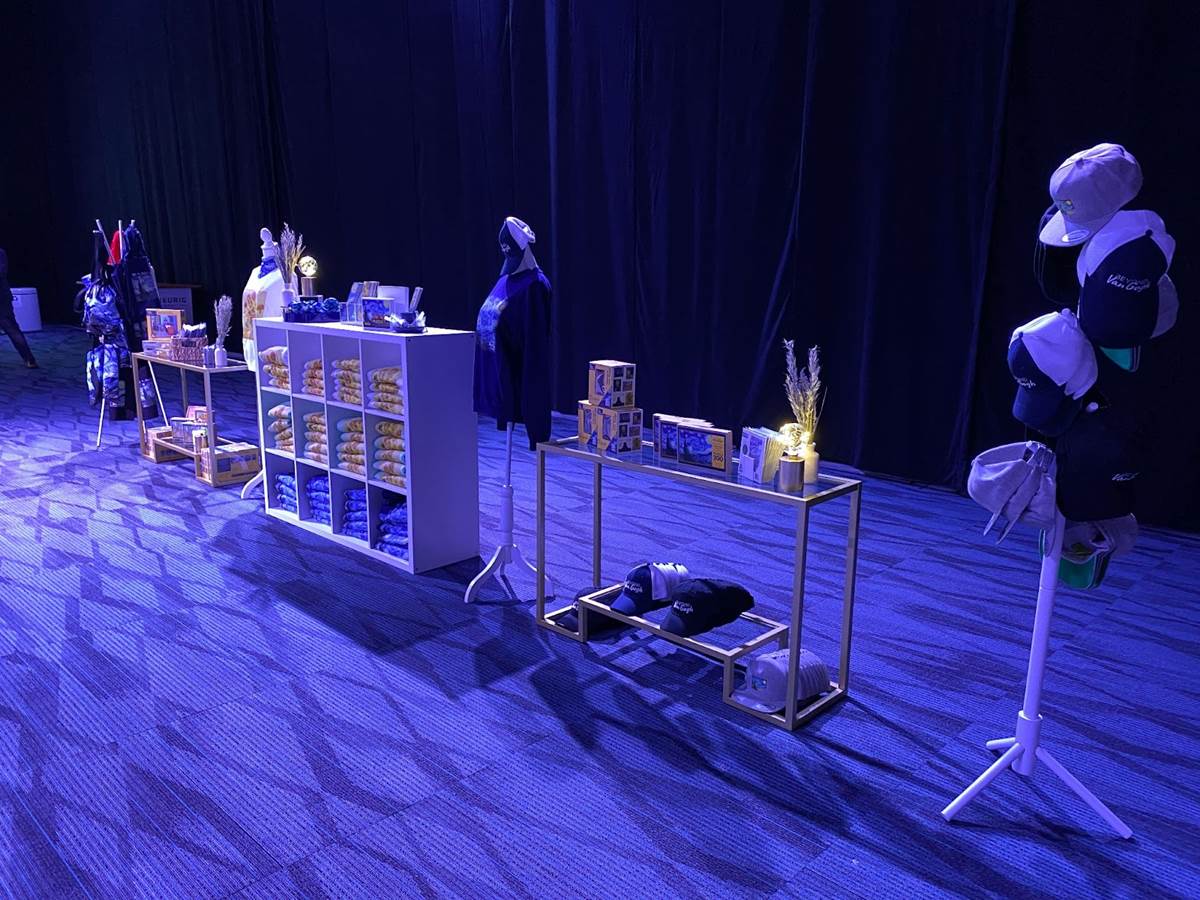 “Beyond Van Gogh” runs from tomorrow, July 20 through Sunday, September 5 at the Anaheim Convention Center. For more information and to purchase advance tickets to the event, be sure to visit its official website.