Everyone has someone they look up to. Whether it’s a parent, family member or any other kind of hero, we all need that role model that can inspire us to be great. For Eddie Braun, that role model was the legendary daredevil Evel Knievel. After a long career as a stunt performer, Braun decides to attempt a stunt that Knievel failed. Stuntman follows his journey from a child watching his idol fail to a seasoned stunt performer and family man recreating one of the most iconic stunts of all-time. 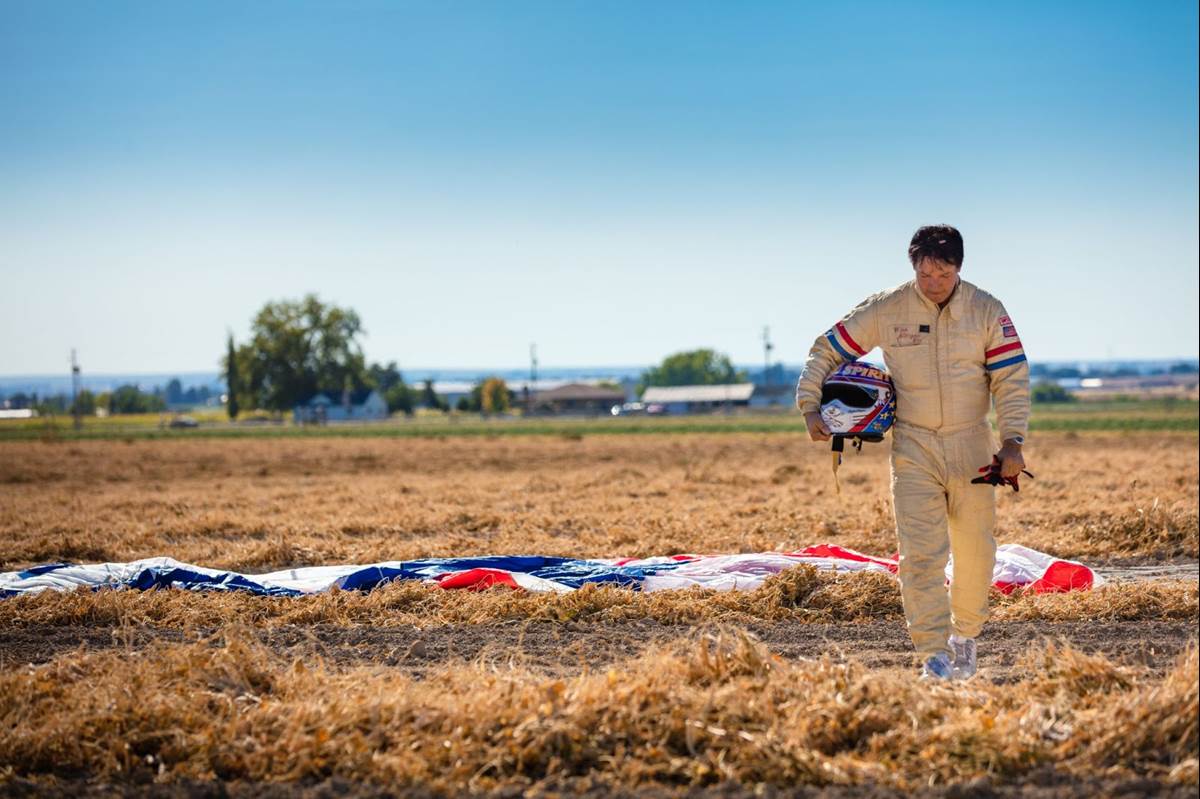 A lot of documentaries are very well made but don’t really hit because the audience can’t fully get behind the subject in front of the cameras, either because they can’t relate to them or simply because they aren’t likeable. That is not at all the case with this new Disney+ documentary.

Right from the beginning, Stuntman establishes Braun’s family life and allows the audience to connect with him. That makes it more impactful when we see him flying through the air in explosions and crashing cars as a stunt performer. All of that, combined with his undeniable tenacity and desire to get this stunt done, will absolutely have the audience behind him immediately. 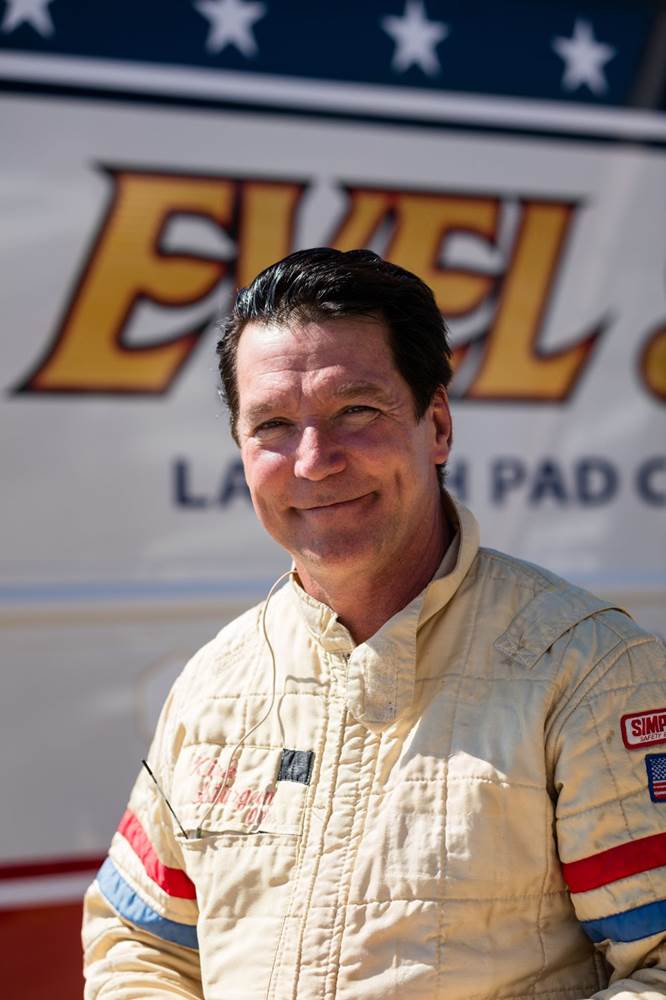 Most of this documentary follows Braun’s journey to actually get the opportunity to pull off this stunt. His determination to reach his goal is both inspiring and infectious and again, it gets the audience on board with his objective and makes it so that you can’t help but root for him.

It’s also a fascinating story that Braun is actually pursuing. Having been inspired to become a stuntman by Evil Knievel, he wants to recreate a famous stunt that the legend failed. In order to do that, he gets some help from the son of the man who designed Knievel’s original rocket, which malfunctioned. Determined to redeem his father’s name, Scott Truax teams with the stuntman to get this stunt done right.

Everything that goes into making something like this happen also adds up to a very interesting story. Not only is Braun risking his life and having to deal with the mental stress of what he’s about to do, but he also has to deal with the ups and downs of having multiple media partners and other backers pull out on separate occasions, forcing him to delay the stunt. Watching the team deal with that and all of the other things that go into this stunt is truly fascinating. 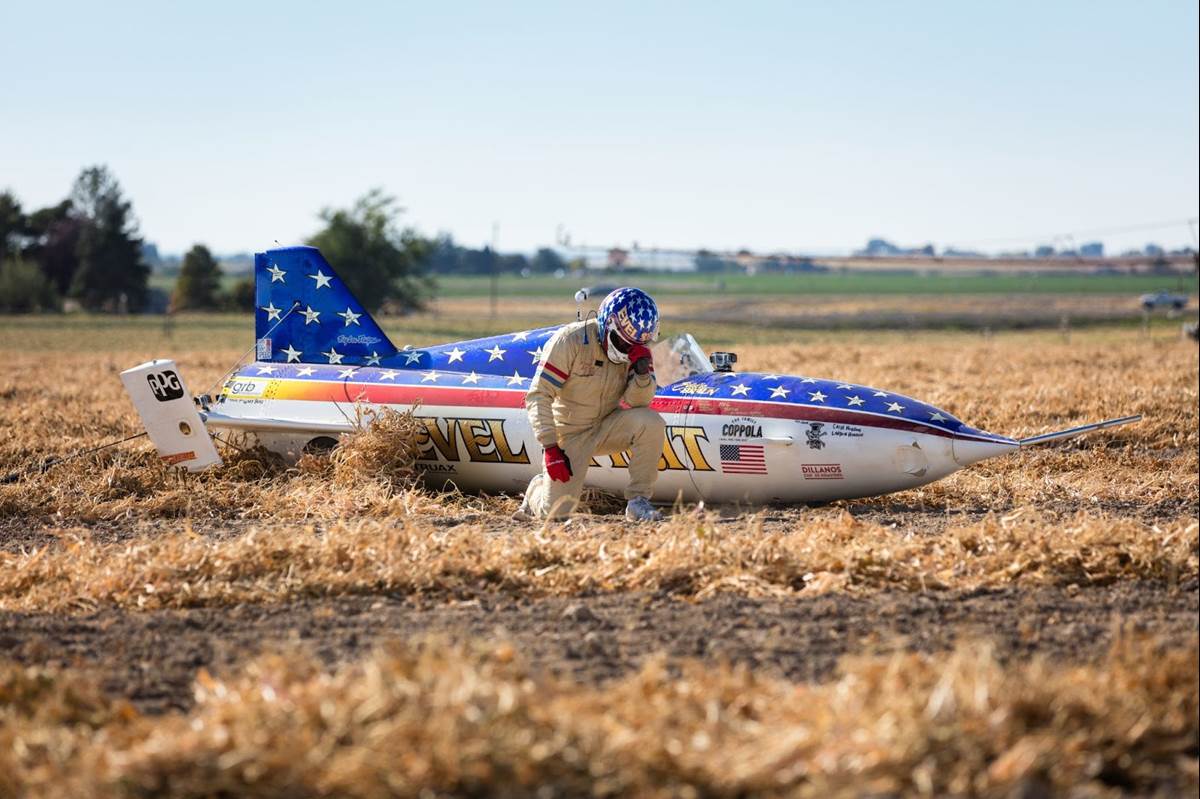 Of course, there are a couple of problems with telling this kind of story in this way. The first is that this kind of stunt takes all of 30 seconds from start to finish. Even with all of the beautiful slow motion shots and incredible imagery, that adds up to a few minutes of footage from the climatic event of this doc. In other words, it’s a lot of buildup for not a lot of payoff.

The other small issue is that we can easily predict the outcome right from the start. A documentary wouldn’t have been made if he never actually got to attempt the stunt. And on the flip side, if something went horribly wrong with the stunt, again a doc probably wouldn’t have been made. Predictability, however, is a typical problem with documentaries and this one still manages to keep you on the edge of your seat anyway. Stuntman easily manages to overcome those issues on heart alone. This inspirational journey and likable leading man, in what is equal parts action movie and documentary, make the doc incredibly entertaining. Getting a look into the life of someone with a job as interesting as a Hollywood stuntman is always going to be worth a watch. Throw in the incredible story of trying to recreate this infamous stunt, and you’ve got something you can’t miss.