Today must be your unbirthday because the Mad Hatter has invited you to the craziest tea party you’ve ever been to! In Mad Tea Party, a new game from Funko Games that ties into Disney’s animated adaptation Alice in Wonderland and the spinning Disney Parks attraction of the same name, players try to stack full cups of tea on top of a wobbly table. What could go wrong? 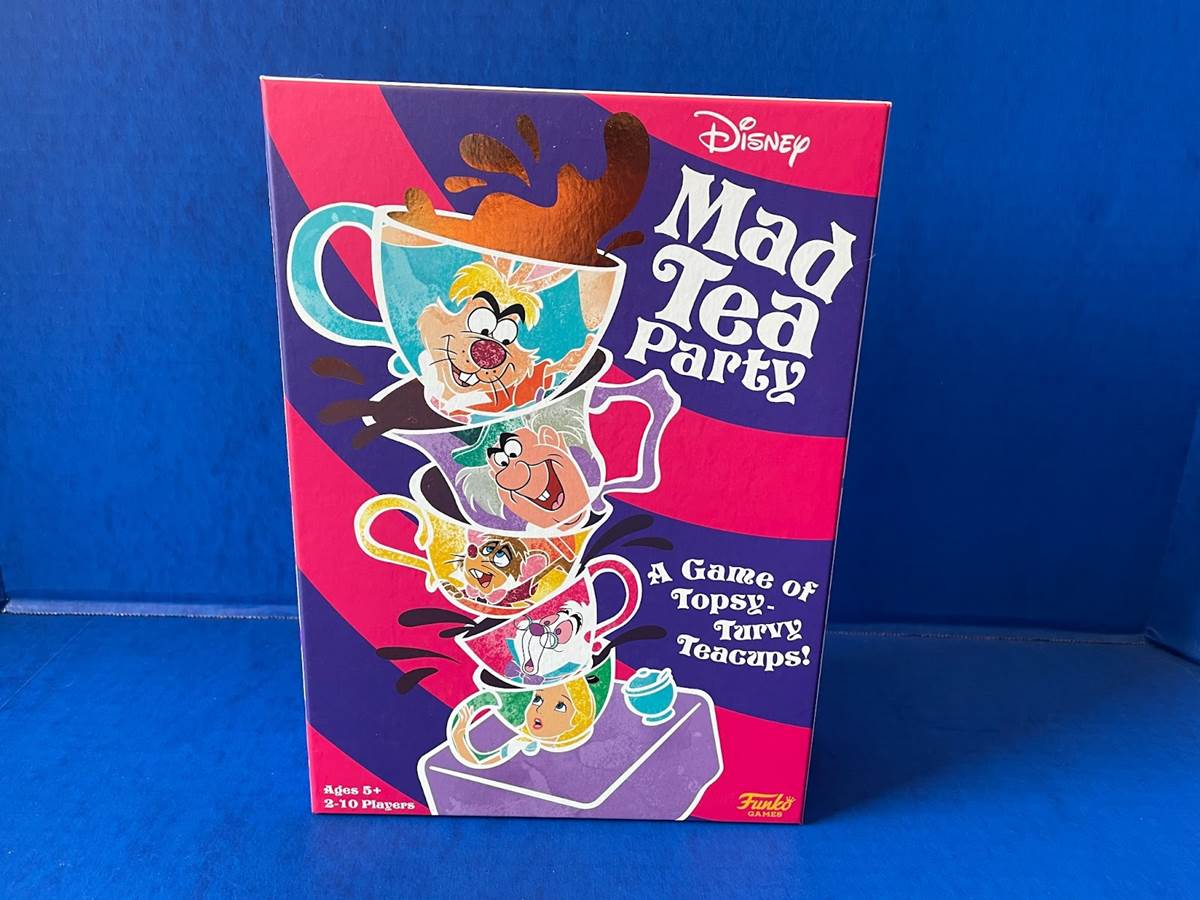 Inside the small box are 12 tilting tea cups, evenly divided into 4 colors and 3 sizes. When it’s time to put this crazy tea party away, it all fits neatly back inside the box in a way that’s far too tidy for the Mad Hatter’s liking. Recommended for ages 5 and up, younger kids might want to play on the tea party table without the wobbly base, which makes the game more of a challenge. Playable by 2-10 players, this game is also fun for parties. Each player is dealt 6 cards to start with and the object of the game is the be the first player without any cards. Alternatively, if all the teacups are successfully stacked before a player runs out of cards, that player becomes the winner. It wouldn’t be a game from Wonderland if there weren't alternate rules. Speaking of which, the cards in the game include some pretty interesting moves. Most of the cards correspond to a cup size and color, which the player has to stack. This can make it quite tricky to empty your deck if the same size and color you need to place is already in play. There are also additional themed cards, such as “Clean cup! Move Down!,” that have their own special rules. I recommend having the back of the rulebook handy, which offers a refresher on these special scenarios. 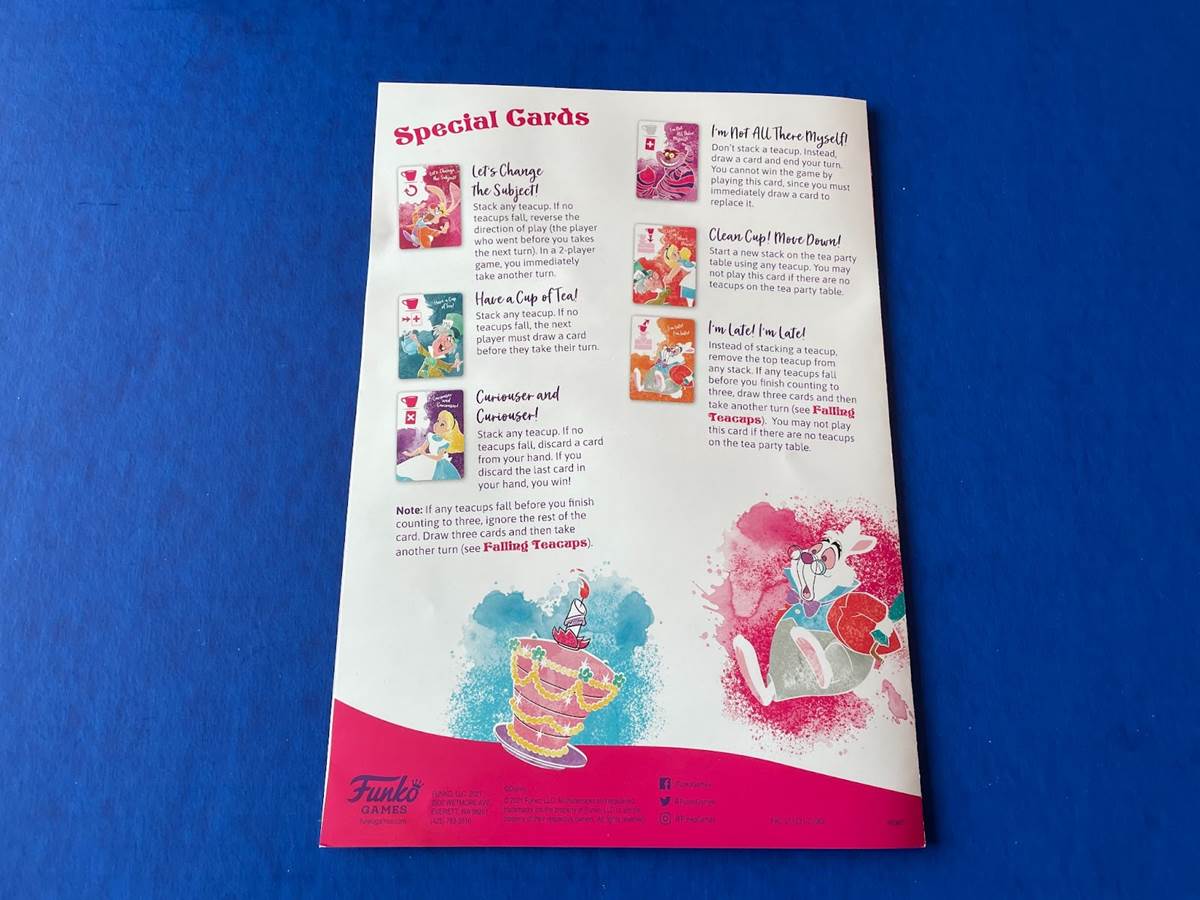 The game continues in a circle with each player able to play one card. When stacking a cup, unless a card has been played to add to a new stack, players continue adding to the same stack. If you end up knocking any of the cups over, you have to take 3 additional cards and go again. 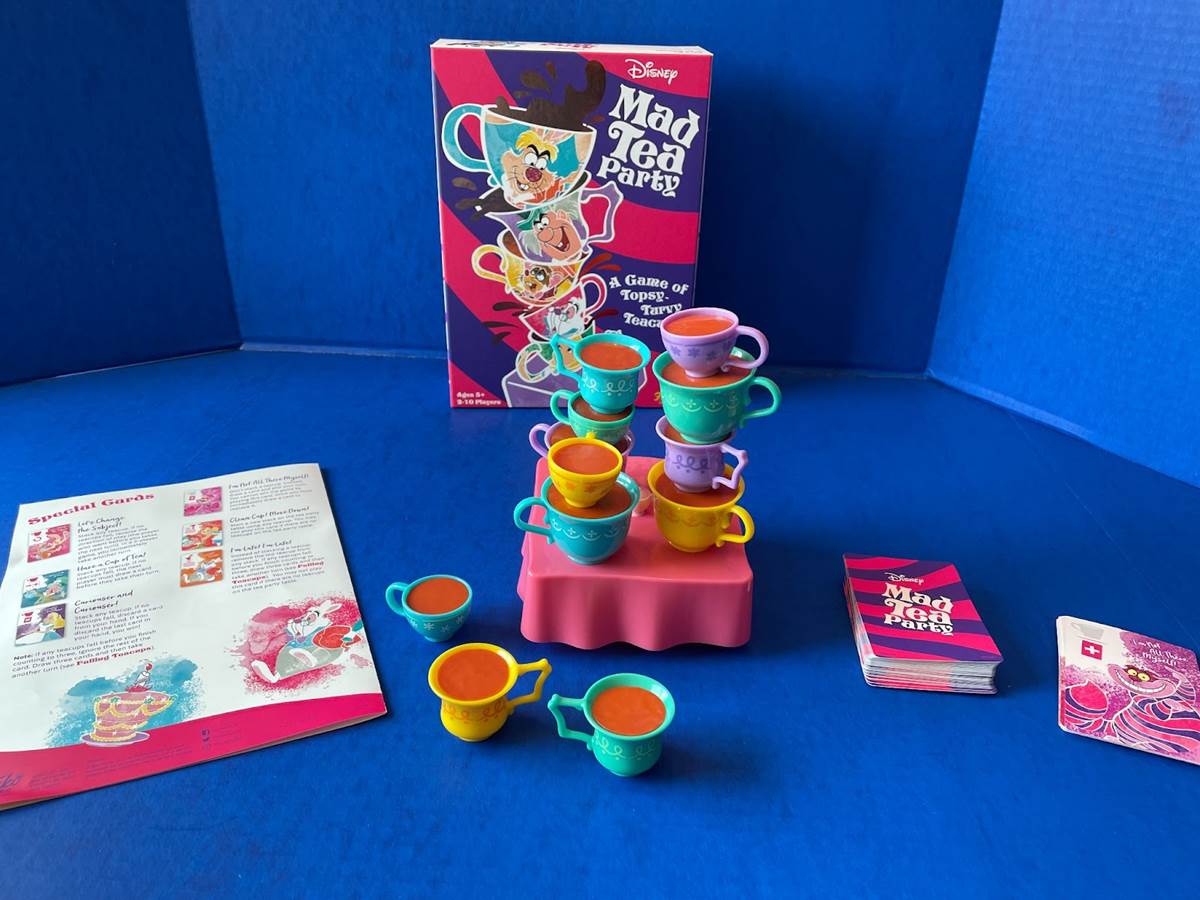 Making things even trickier, unless all of the cups tumble off, players continue the game with the remaining cups on the table. The stacks can’t touch each other, nor can they touch the teapot in the center of it (where the Dormouse lives). Walt Disney’s Alice in Wonderland celebrates its 70th anniversary this year, but the Mad Tea Party game from Funko Games feels fresh and young. It’s time for tea, what are you waiting for? “Fresh Cup! Move Down!” 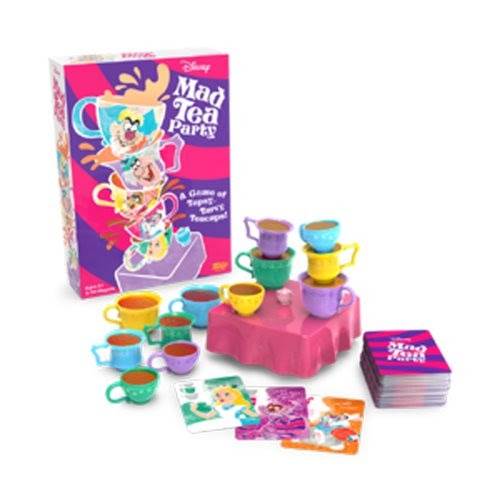