With that in mind, I’ve decided to take a look back at these classic stories and maybe help you decide whether or not you would like to check them out. Our next series is a recent instant classic crossover event that seems to have changed the Marvel Universe as we know it. 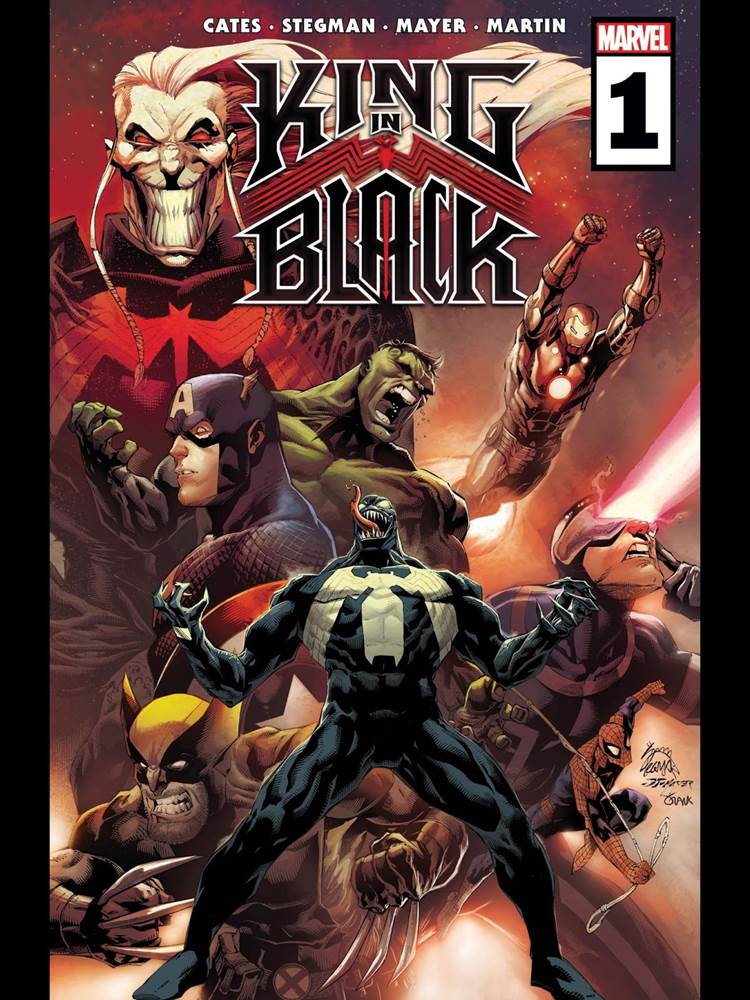 Donny Cates’ run on Venom all lead to this massive crossover event. The nature of symbiotes as we have always known it was changed forever in this series as the god of the alien species, Knull, finally made it to Earth to reclaim it as his own.

Luckily, Eddie Brock has prepared Earth’s mightiest heroes for the war that is about to come. Except, they find out that no matter how much preparation they go through, they can never truly be ready for Knull and his dark forces. No one has tested the Avengers, the X-Men and our other favorite heroes like this before.

Of course, he always knew that no matter how much they threw at Knull, it was all going to come down to Eddie Brock and his longtime symbiote, Venom. What he didn’t know was that his son would play as big a role as he does and that the future of symbiotes would be changed forever. 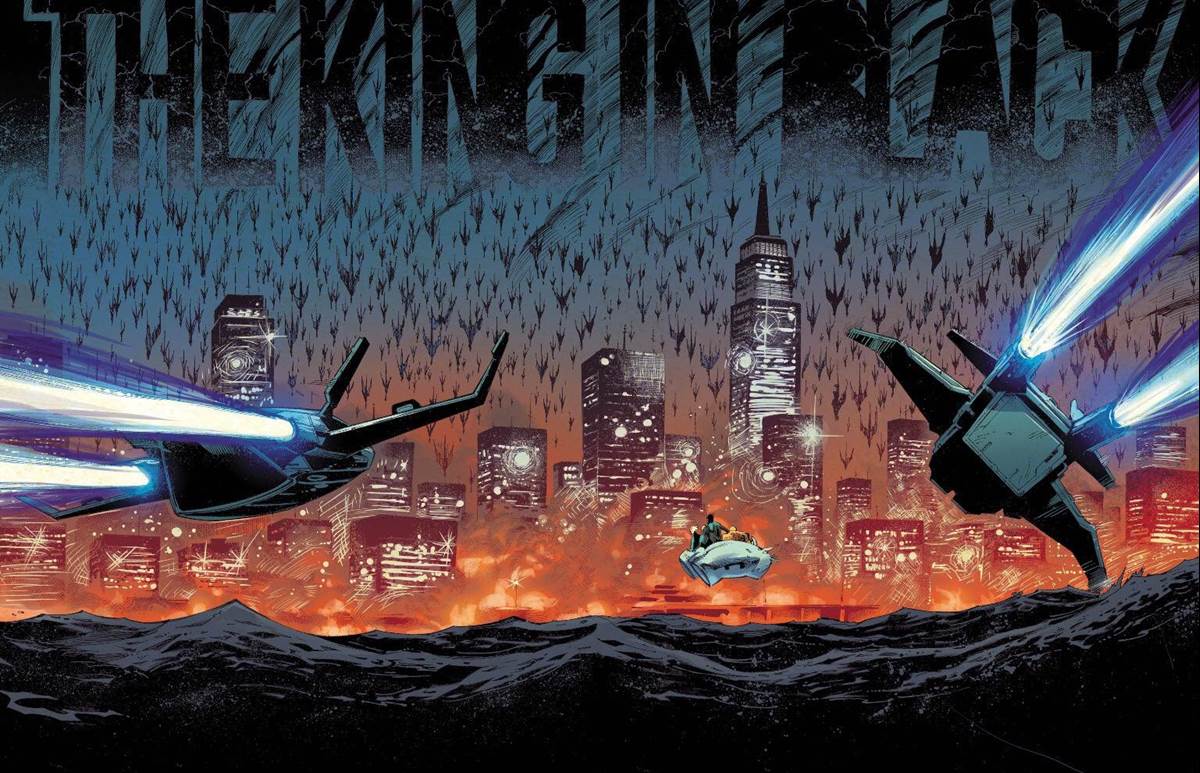 Crossover events like this tend to follow a fairly simple formula. A massive new threat arrives that requires all of the heroes to join forces in order to have any chance to protect the Earth. “King in Black” doesn’t stray from that gameplan, but it does take it to a new level. You would be hard pressed to find another comic in which things so quickly become this hopeless for the heroes of the Marvel Universe.

You’ll also have a hard time finding a comic that so effectively delivers multiple truly shocking moments in such a short span. Each of the five issues has at least a couple of panels that will have you saying “oh wow!” or something along those lines that I can’t write here. It’s one incredible moment after another and it’s a rare comic series that will keep you on the edge of your seat. 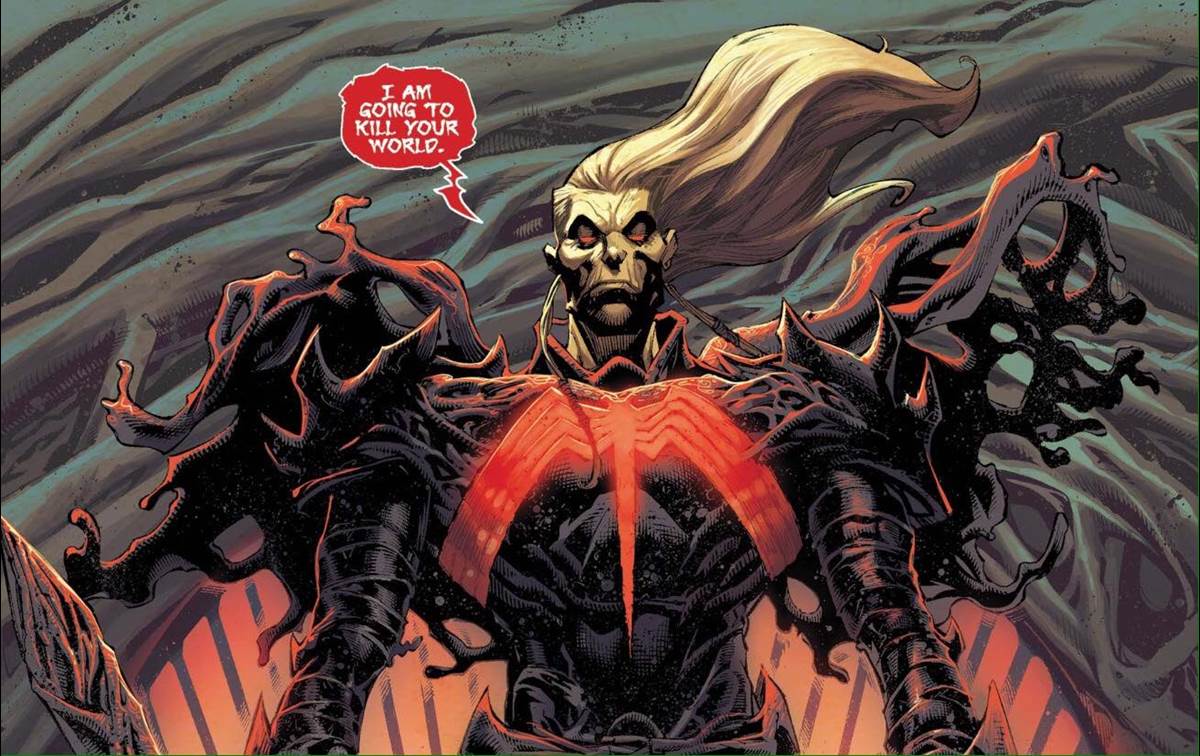 Of course, every great story needs a great villain. Make no mistake, Knull is a great villain. The god of the symbiotes not only has such an incredibly menacing look, but he also has the cocky, chill-inducing dialogue to match. Before this is all said and done, it wouldn’t be too surprising to see Knull reaching popularity levels that rival those of Thanos.

And we can’t talk about “King in Black” without mentioning the incredible artwork from Ryan Stegman. Page after page continues to deliver breathtaking imagery to go along with the pulse-pounding story. Every one of your favorite heroes comes across beautifully and the action plays out perfectly. From symbiote dragons to epic new weapons, this series really provides some memorable visuals. 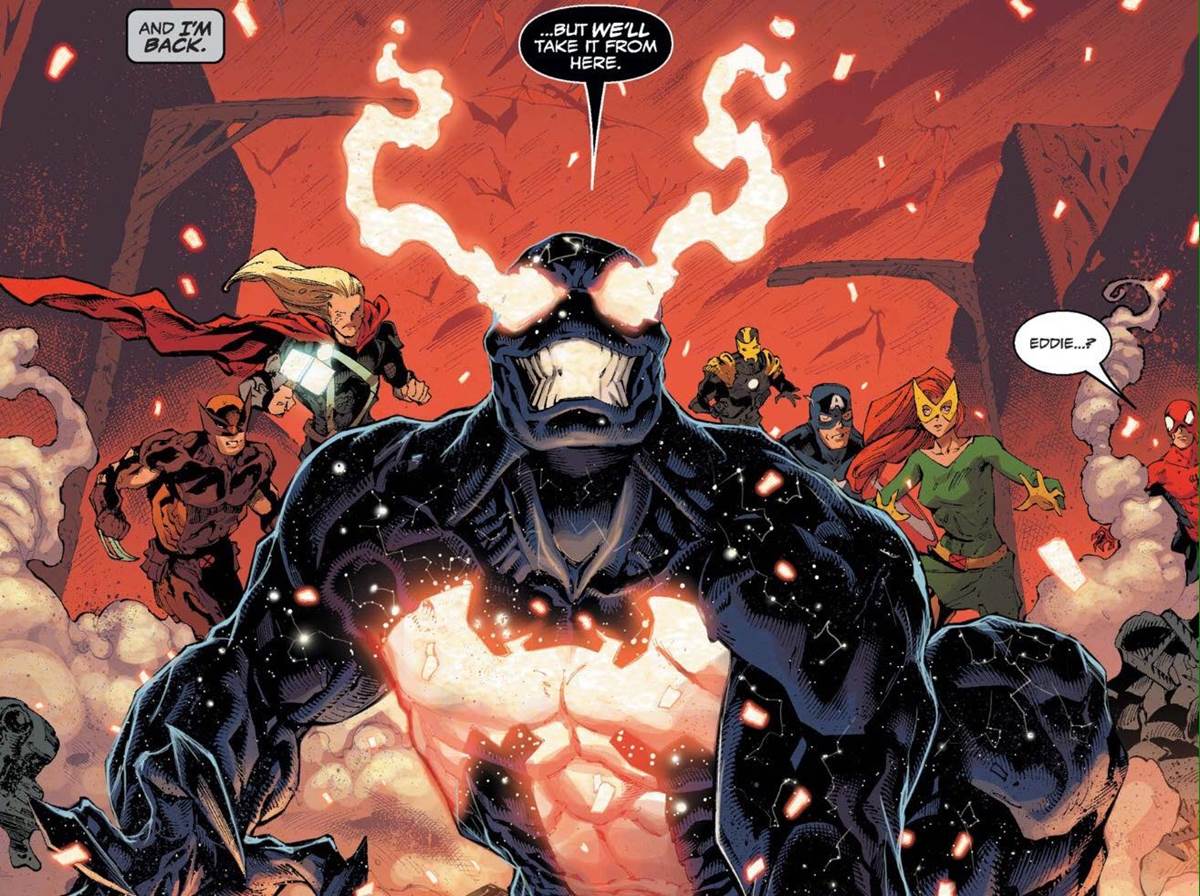 You can find “King In Black” here. And be sure to check out some of our other looks back at other classic Marvel Comics here.