Sometimes, Marvel Comics are simple. A hero squares off with a villain in a fight between good and evil, right and wrong. Other times, you get barbarian Captain America on a mysterious island flying on the back of a giant lion with wings. This new comic is the latter.

“Amazing Fantasy #1” tells a brand new story from the classic eras of three fancy-favorite characters. Captain America, Black Widow and Spider-Man are plucked from some of their most memorable stories and thrown into new, truly bizarre ones. 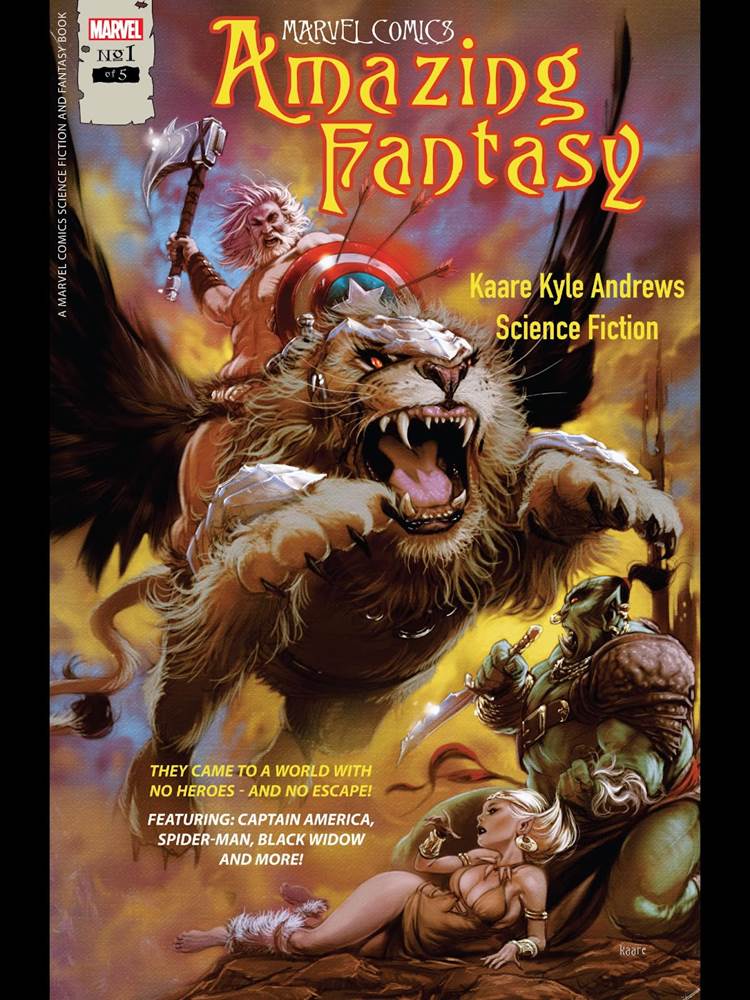 Captain America is doing what Captain America does during World War II: Inspiring soldiers to be the very best they can be. But when his battleship is attacked and they are all lost to the sea, he awakened to find himself in a mysterious new location with even more mysterious new creatures.

The Black Widow is a young superspy in the making as she is being trained in the Red Room. She knows however, that there is more for her out in the world and, with the help of a friend, tries to make her escape. Unfortunately, things are not as they seem and she winds up somewhere even worse.

Spider-Man is once again doing battle with the Green Goblin, and taking photos of the fight while doing so. Plus, he’s also doing everything he can to protect innocent bystanders. You know, being a friendly neighborhood Spider-Man. But when Gobby gets the drop on him, he awakens to find himself being cooked by some strange creatures. All three of these heroes have been transported to this mysterious new realm. 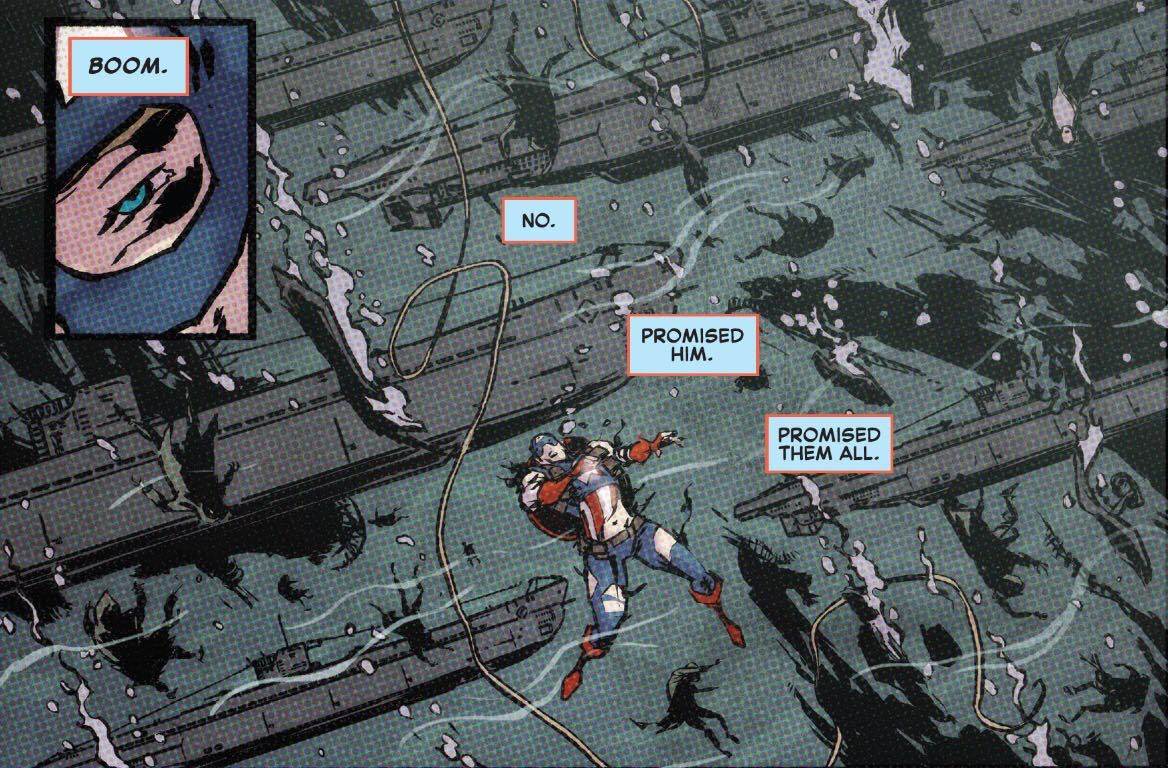 With comics, you almost always have to accept that you’re going to be dealing with some element of weird. A teenager with the powers of a spider fighting with a egomaniacal old man dressed in a bad Halloween costume, isn’t exactly something you see on the evening news. Suspension of disbelief is always something you have to work with in comics.

Sometimes though, they push the limit a bit. “Amazing Fantasy #1” is certainly one of those issues that gets pretty out there. Again, Cap riding a flying lion and Spidey being cooked by lizard people takes things to a whole new level of strange.

It all seems to be for good reason though. Everything comes together in this issue and even if you’re turned off a little by the cover of this issue, this story will reel you in by the end and have you wondering what’s going to come next. In other words, this issue does exactly what the first issue of any series is supposed to do.

The most fascinating thing about this issue though is actually the talents of its creator. Kaare Andrews is both the writer and penciller on this issue. In a comic that looks as though it could have easily been made by a team of three writers and three artists, seeing that this complex story and three vastly different art syles all came from one person is truly astonishing. 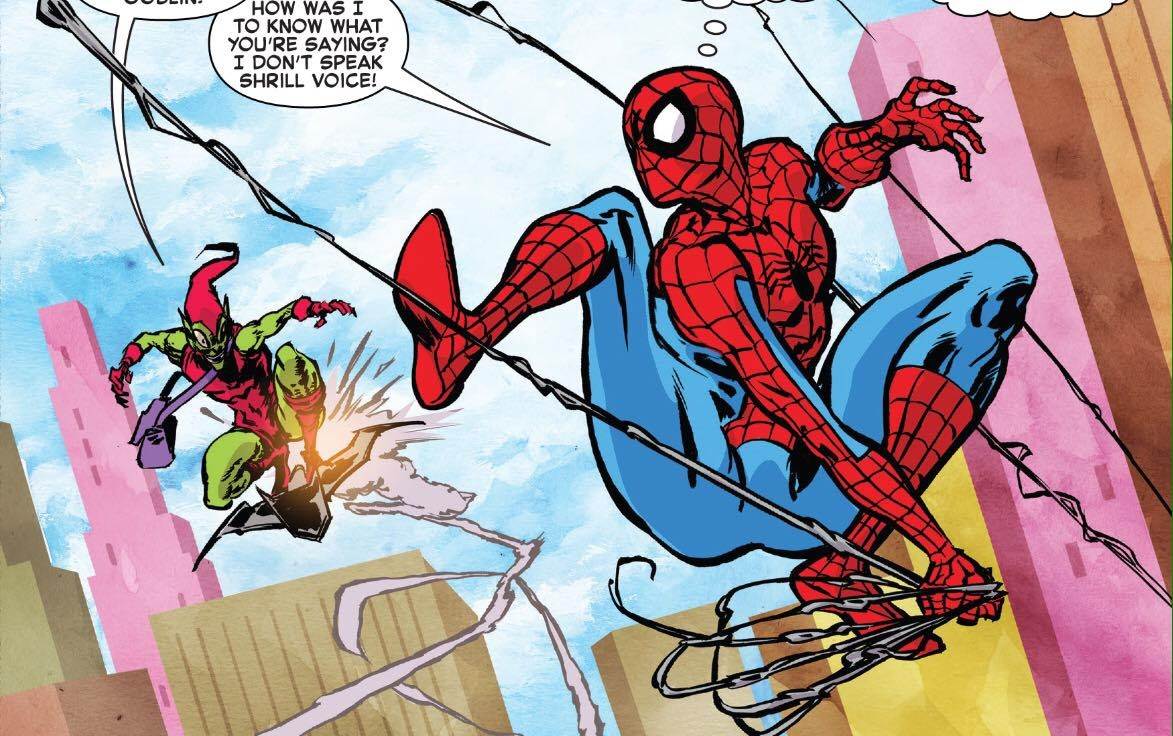 You can check out “Amazing Fantasy #1” now. For more on this week’s comics, check out today’s episode of Marvel Time: