Kate (Emmy DeOliveira) has had enough of sitting around and spying so she makes a daring attempt at action during the opening act of episode 7. Kate sneaks into the tower with the help of a forged copy of Martina Crowe’s (Saara Chaudry) access card. Unfortunately, she is almost caught by Jackson and Jillson (Ben Cockell and Katherine Evans) which forces Kate to spend the night hanging off a cliff trying to evade detection. 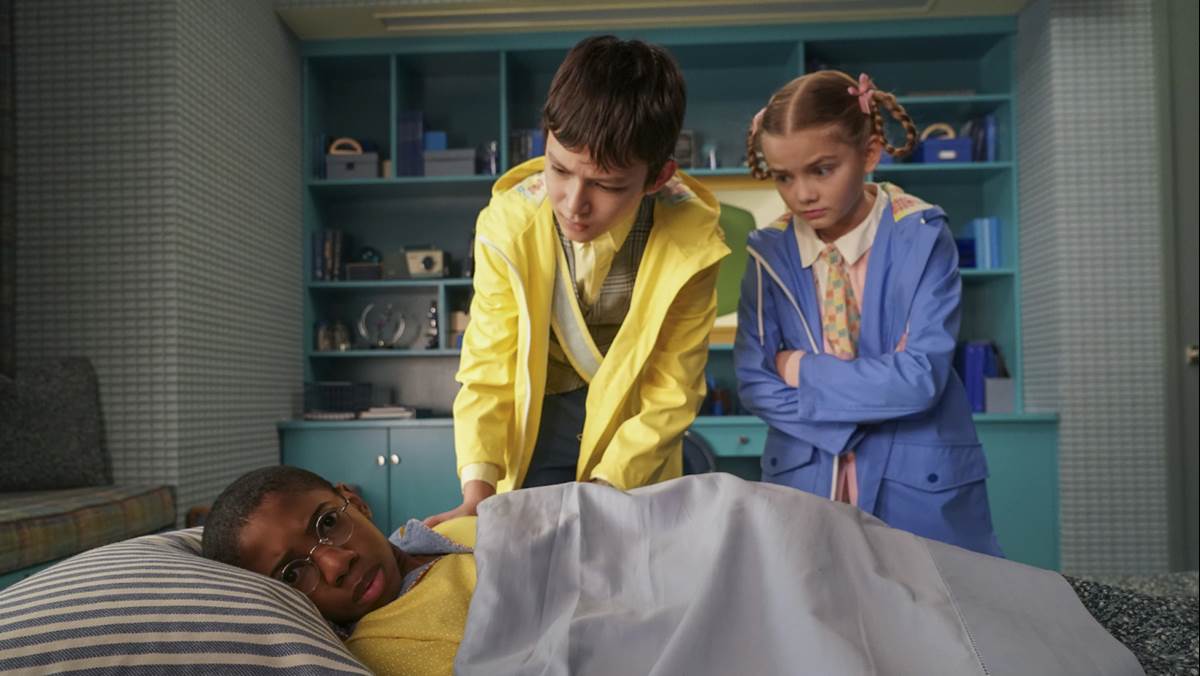 Mr. Benedict (Tony Hale) is worried about Milligan’s (Ryan Hurst) safety. Having observed a piece of the rescue submarine on the shore of the island, Benedict believes they have lost their trusty bodyguard and now there is no hope for the children. Rhonda (MaameYaa Boafo) and Number Two (Kristen Schaal) try their best to comfort Mr. Benedict but the chances of Milligan surviving the sinking of the submarine is small.

During Kate’s absence Reynie, and Constance (Mystic Inscho and Marta Kessler) are worried and searching for their friend, but Sticky (Seth Carr) is nonchalant about her disappearance. While the kids are wondering how they can search for Kate without raising suspicion, Ms. Perumal (Gia Sandhu) returns to the Benedict camp to apologize and wants to help.

S.Q. (Ricardo Ortiz) is confronted by Mr. Curtain (Tony Hale) about whether he took Reynie to the forbidden part of the island. S.Q. lies and says no, but Curtain leaves with doubt in his mind. As the sun rises Kate is losing her grip on the cliff and eventually falls. Luckily, Milligan is at the bottom and catches her. Milligan informs Kate of the plan to extract the kids and tells her to get the other three ready to leave at midnight.

At breakfast, Reynie and Constance are trying to devise a search plan for Kate, while Sticky advises against it. The institute is on high alert for an intruder, but no one knows that it’s Kate they are looking for. Kate shows up at breakfast and tells her tale of being saved by Milligan and the plan to leave. 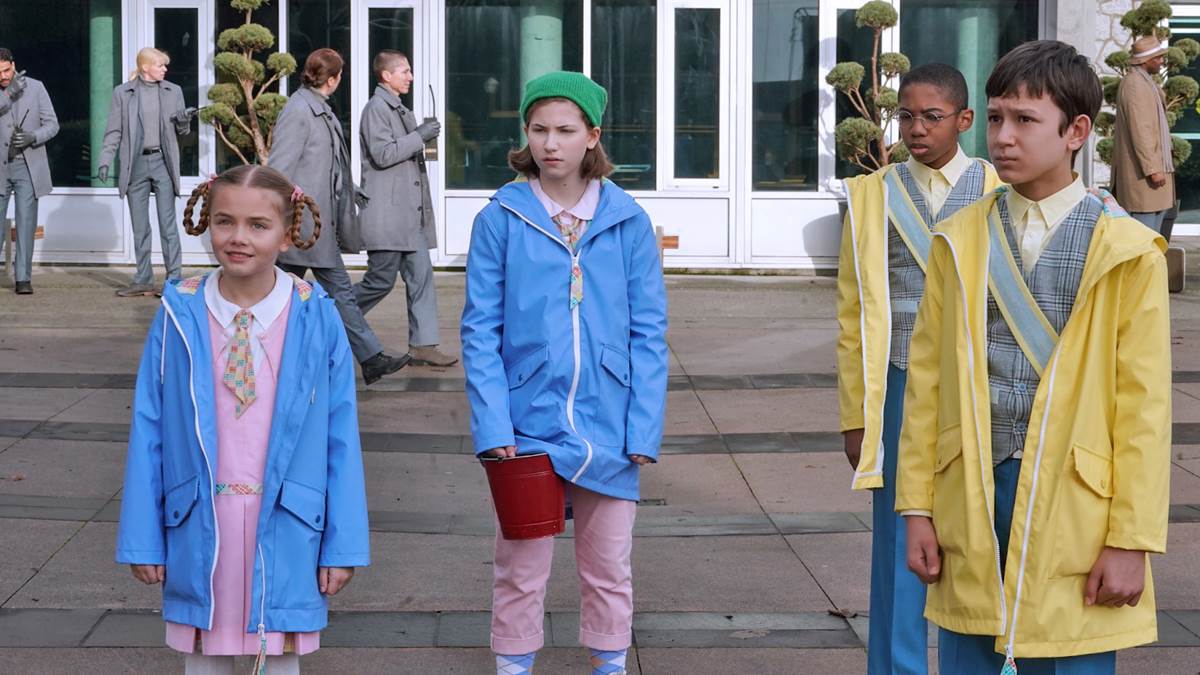 Thanks to Ms. Perumal, Mr. Benedict, Rhonda, and Number Two learn about the shopping frenzy for blue berets that hit Stonetown recently. Mr. Benedict concludes that his brother has immense power in hand, and the next time he uses his machine it won’t be to encourage citizens to purchase headwear.

Ms. Perumal has supreme confidence in Reynie and knows that he will succeed in anything that he tries. She leaves a letter for the boy with Mr. Benedict, but their falcon snatches the envelope and takes off.

Reynie is accused of being the intruder by Curtain. Denying it, Reynie is only set free when Curtain learns that it was Martina Crowe’s (Saara Chaudry) access card that was used to gain entry. Kate’s carboard copy of the key worked like a charm. A search team is dispatched to find Martina.

For a small moment the kids are safe in the institute. Then the falcon comes into view. The envelope it carries is addressed to Reynie and the kids chase it across the campus. When the falcon drops the letter in front of S.Q., he learns the truth about Reynie’s attendance at the school. Hurt by his ‘friend’ S.Q. leaves planning to tell the truth to his father. While tumult engulfs the school, Mr. Benedict and company are busy constructing a new form of transportation which will help them cross to the island and extract the kids.

A change of heart on S.Q. brings some comfort to Reynie. Assured that he will not confess to his father, Reynie gets to read the letter and receives a lot of comfort from Ms. Perumal’s words. Expecting to leave that night, the kids meet and agree they are staying with the intent on destroying the ‘Whisperer’.

After witnessing the falcon land at Mr. Benedict’s camp on the mainland, Jackson and Jillson report the incident to Curtain. He dispatches a security team to apprehend his brother only to lose sight of Mr. Benedict, Rhonda, and Number Two as they depart on their recently finished airship.