Traditional hand-drawn animation is back at Walt Disney Animation Studios, but maybe not the way you’d expect. As part of the second release of Short Circuit projects, Kim Hazel’s Dinosaur Barbarian returns to the studio’s roots with pencil-on-paper animation done the old-fashioned way. If you’re a child of the ‘80’s, this short is especially made for you. 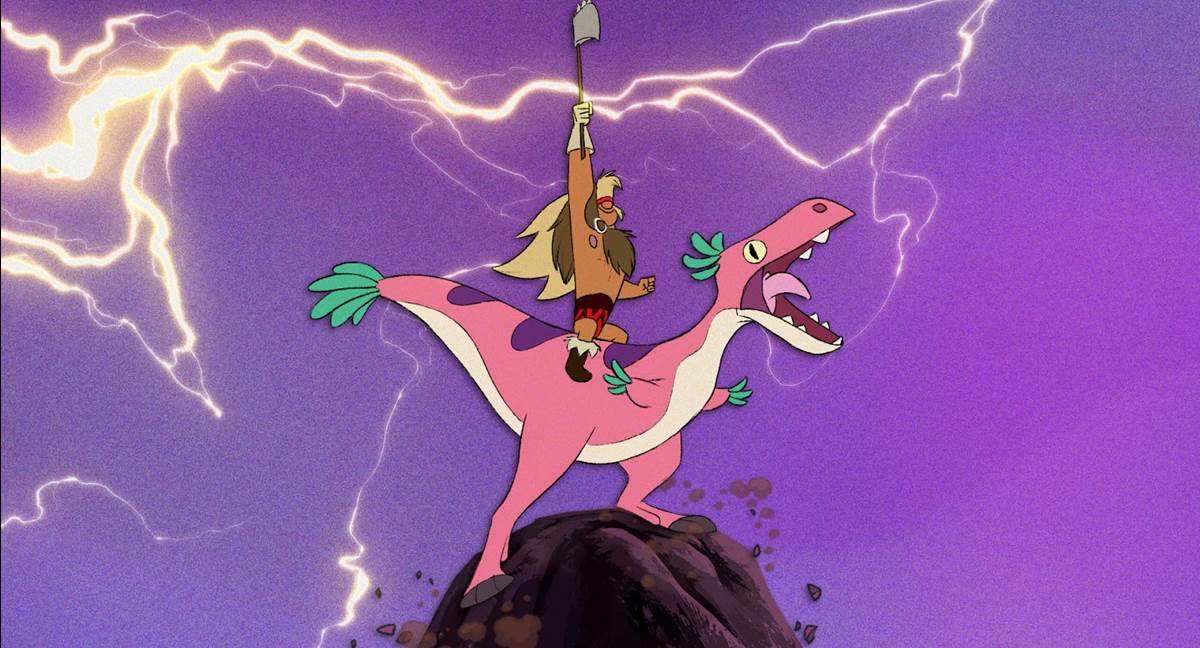 Through the rock-music intro to a fictional 1980’s animated series called Dinosaur Barbarian, we meet the caveman hero who longs for the heart of a fair princess. You learn a lot about him during the hilarious 90-second short as he goes through his unique life. From laugh-out-loud lyrics to Flintstones-esque mundane moments, you’ll wish this were a real TV show when the real credits start to roll.

Stylistically, the short not only revives hand-drawn animation, but also replicates the inked and painted celluloid look, a style absent from the animation landscape since digital tools like CAPS replaced it. It’s actually a digital trick, presumably no celluloid was actually used, but animation fans are sure to notice and appreciate the esthetic.

Mondo Boys, who previously provided the music for The Race, wrote the rock anthem that is evocative of songs like “Teenage Mutant Ninja Turtles” and “Transformers.” Inspired by a poem that Kim Hazel wrote, the short’s director also receives a lyric credit on the piece, which easily gets stuck in your head.

Dinosaur Barbarian is pure joy for viewers who are nostalgic for this era of TV animation. While Mark Henn animated on the short, Disney fans shouldn’t expect to see the Renaissance-era style here. But still, having a hand-drawn short from Walt Disney Animation Studios in 2021 is so satisfying that you’ll just be glad it exists.