Vivek is, unfortunately, finally paying for his drug dealing. After 4 seasons of close calls and campus fame for being a phenomenal dealer, everything has come to an unfortunate head. After trying to appeal his case, Vivek has been officially expelled from Cal U based on his crimes. Even with his stellar academic work, the drugs have outweighed the educational merit. The worst consequence, however, is having to deal with his parents. 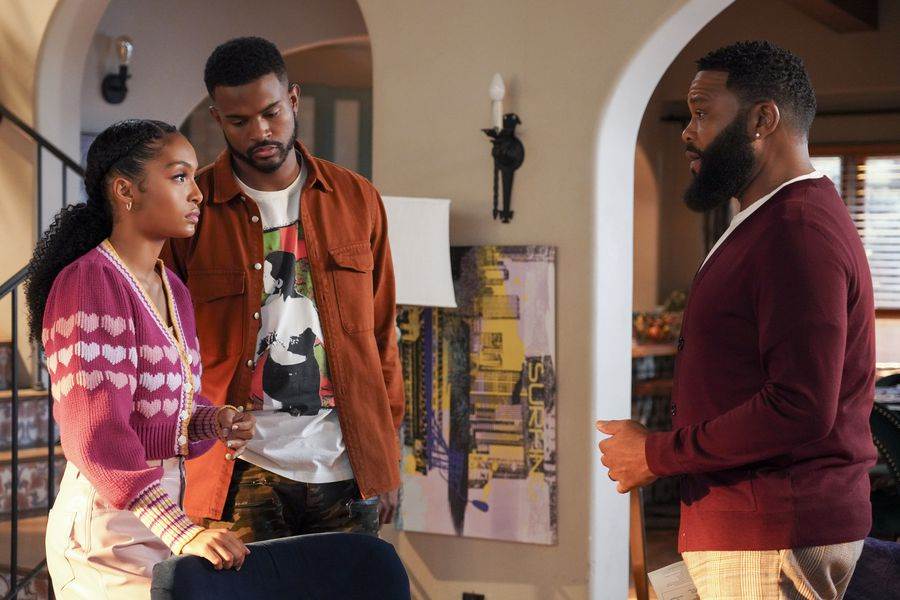 The stress, as one can imagine, is overtaking his life. He can’t imagine dealing with his parental units, coming clean about everything, and still being able to view them as supportive figures. However, before he can come in contact with them, Zoey’s father Dre bursts in to scream over the failed Mexican marriage. He’s found out thanks to his tax guy and is beyond livid, yelling at Zoey for consistently making wrong decisions.

Luckily, after giving Vivek some advice about his own situation, Dre and Zoey are able to have a discussion about their relationship, their goals for the future, and the need to be more open and honest. It’s sweet and kind, but I remain on the edge of my seat for the Vivek of it all.

Vivek’s parents finally arrive at the home and he decides to come clean about everything. His discussion points are well thought out and patiently described. He admits to the dealing, to working towards a better him, and wanting to put in effort to rebuild this fraught relationship. His mother is appreciative of him revealing all and envelopes him in a comforting hug. His father, while proud of the honesty, immediately disowns him. This is not the son he knew and will not be putting in the effort to reconnect. Vivek’s heartbroken, understandably, and we leave him in shambles in Zoey’s arms. Within moments, he went from having a father to having no one. I just want to run up and hug him, too!