In this fifth episode, titled “The 99ers,” Abby takes us back to the ‘90s to take a look at one of, if not the most iconic moment in the history of soccer. She’s joined by three of the members of the US Women’s National Team from the 1999 World Cup to relive their incredible run. 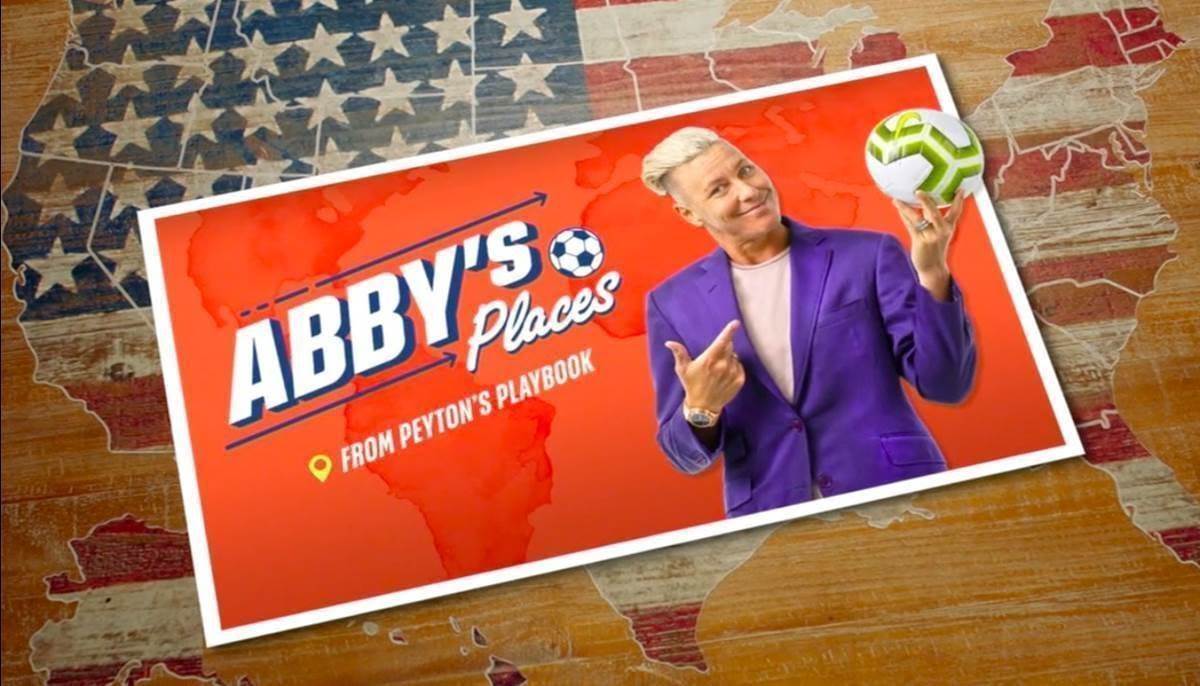 The episode opens up with Abby making a phone call to her former teammate Alex Morgan to discuss that famous 1999 World Cup. Both players credit that national team with inspiring them to go on to become a couple of the best players in the world. Morgan specifically says thinking about what things would have been like if that World Cup didn’t happen stresses her out.

Abby then gets behind the wheel of a bus that looks like it was taken right out of the ‘90s. In fact, it’s loaded with memorabilia from the decade including cardboard cutouts of celebrities like Will Smith, Brendan Fraser and the Spice Girls, as well as VHS tapes, roller blades, Power Rangers and so much more.

Abby then pulls that bus tp to three of the legendary players from that 1999 World Cup team – Brandi Chastain, Briana Scurry and Julie Foudy. The three of them reluctantly get on the bus with Abby and are magically changed into their World Cup uniforms via the power of ESPN+ production value. 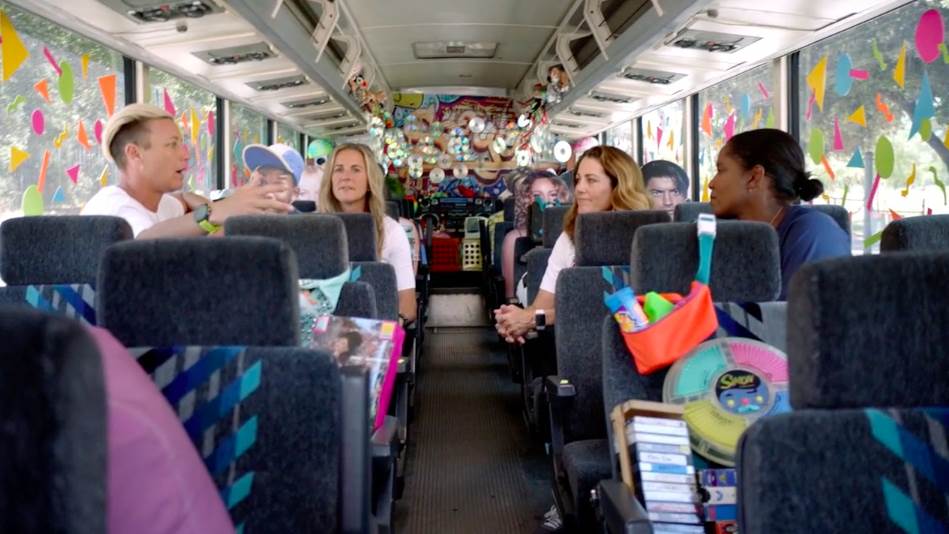 The four of them then takes us through the long journey of women’s soccer, from not being included in the olympics to that unforgettable World Cup. They tell us about how FIFA did not want to allow women to use the name “World Cup” so instead they first played for the “FIFA Women’s World Championship for the Women’s World Cup,” which the US won.

Eventually they were tasked with campaigning for a World Cup of their own and the player talking about doing all kinds of grassroots promotion for the event. They finally got the event to happen and we get taken through each of their games from that 1999 World Cup.

Eventually we get to that iconic final matchup with China. The bus pulls up to the Rose Bowl, the site of that final game, which creates a chill-inducing moment for the players. They stop to admire the bronze statue of Chastain’s iconic celebration, which of course leads to a few laughs.

They then head inside to the field itself, where they then recap the intense game in great detail. Scurry talks about her mentality heading into the penalty kicks that determined with winner of the first Women’s World Cup. Chastain then talks us through the moment that eventually led to the most iconic image in the history of soccer and one of the most iconic in all of sports. Wambach tells the players that she was 19 when she watched that moment and that was when she decided she wanted to be there, on that stage.

Abby then recaps her five-episode first season, showing us some clips with each guest that weren’t featured in their respective episodes. She reiterates the message she’s been trying to get across all along: that soccer is love. She closes out with a very emotional montage of soccer highlights and an inspirational speech. You don’t have to be a soccer fan to feel the emotion with which Abby speaks.

This was a great finale for what was a very fun new series. At times, this show is certainly much more enjoyable for soccer fans than for those who are not, but each episode has at least a little something for everyone. Abby is not quite as charismatic and corny as Peyton Manning, but she definitely took this format and made it her own.

You can watch Abby’s Places on ESPN+ now. Fans can subscribe to ESPN+ for just $5.99 a month and can cancel at any time.