The dreaded T-Squad is at the forefront of Turner’s mind, Baxter’s mind, and the viewers’ minds after this episode. One could argue this episode is a flagrant way to deter kids from joining fraternities, but maybe I’m looking for subtext when there isn’t any… 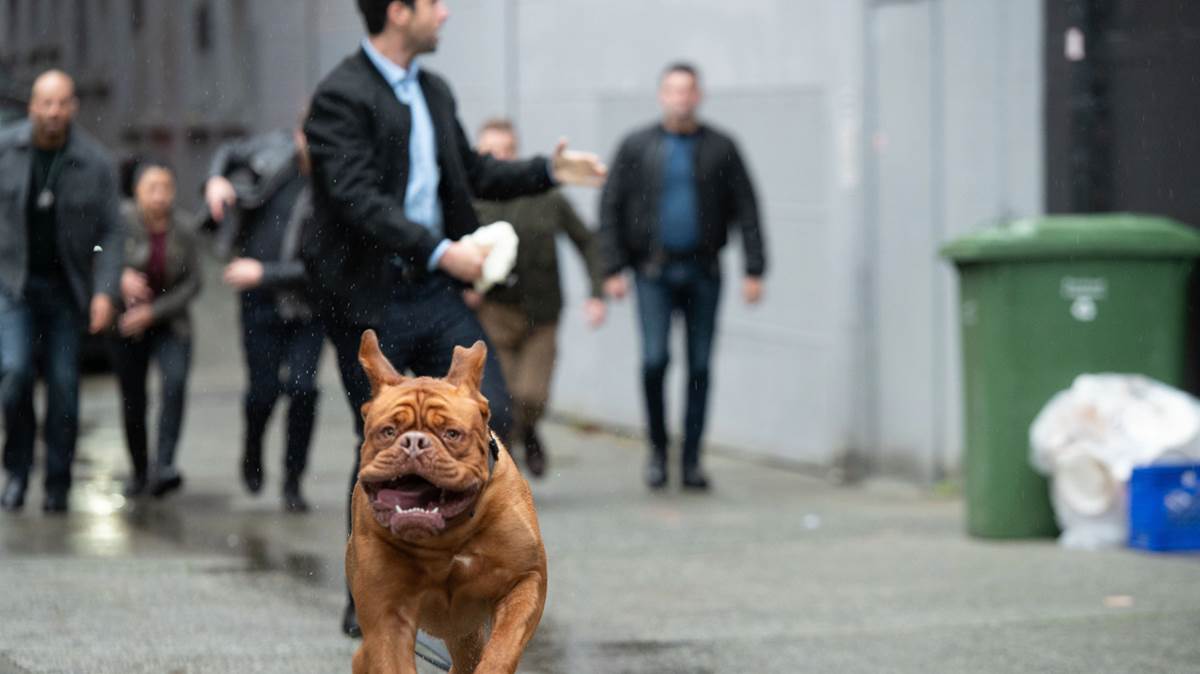 Turner is, once again, frustrated that he is becoming sidelined. No matter if Hooch has become a coup for the US Marshals, he’s still coming up short with case loads. On top of that, Baxter is aware that her time in the field is ending soon with her due date getting closer by the day. While she’s not leaving the US Marshal team, she will be off her feet for a considerable amount of time. Turner needs to find a new partner and fast.

Naturally, he gravitates to Trent and the T-Squad. Who wouldn’t want unbridaled acclaim and admiration? Turner quickly realizes the cocky facade that Trent has created hinders his ability to do any work himself. Without fail, Trent is finding problems with Turner & Hooch’s abilities. Hooch can’t track down a key suspect. Turner is too busy caring for Hooch to actually do his job. Hooch is just a dog, he could never be a T-Squad member.

Turner, rightfully so, is feeling defeated. After he passes on a partner offer from Xavier (that is much better than it actually seems), Turner is at a crossroads. He can’t find his place anywhere within the department and the “popular bros” are excluding him on a daily basis. Who said the workforce had to be like high school?!

All while this is happening, Turner is working with Erica to help Hooch become the best K9 he can become. This includes rigorous tracking training with Hooch in the hopes he can better his ability to follow a scent to a culprit. Of course, obvious Erica & Turner flirting is occurring simultaneously. I can imagine Hooch saying “Get a room!” with every training session.

In typical Turner & Hooch fashion, a turn of phrase from Baxter makes Turner realize that Hooch has been correct this entire time. He’s been following the correct scent consistently. Instead, the suspect has been changing clothes in order to sway the scent tracking. Eventually, Turner, Hooch, and Baxter work together to find the suspect and capture her before she takes off with a hefty lump sum of stolen goods. Yet, without fail, Trent is there (in a helicopter, no less) to take full credit for the scenario. It’s getting to the point where I may drive to San Francisco and scream at Trent for being an awful human. You already know his Instagram is probably insufferable. Regardless, Trent and his T-Squad take full responsibility for the suspect being taken into custody, even though the entirety of the win should be given to Turner.

While Turner may not have the professional win, a personal win comes in the form of Brooke. His ex has moved work locations and is now working in the same building as Turner. Keep in mind that Turner has been obsessed with Brooke for years since their break-up. Things were looking peachy keen for the Erica & Turner relationship, but with this new addition, it looks like a love triangle is forming. I still pick Hooch, tbh.