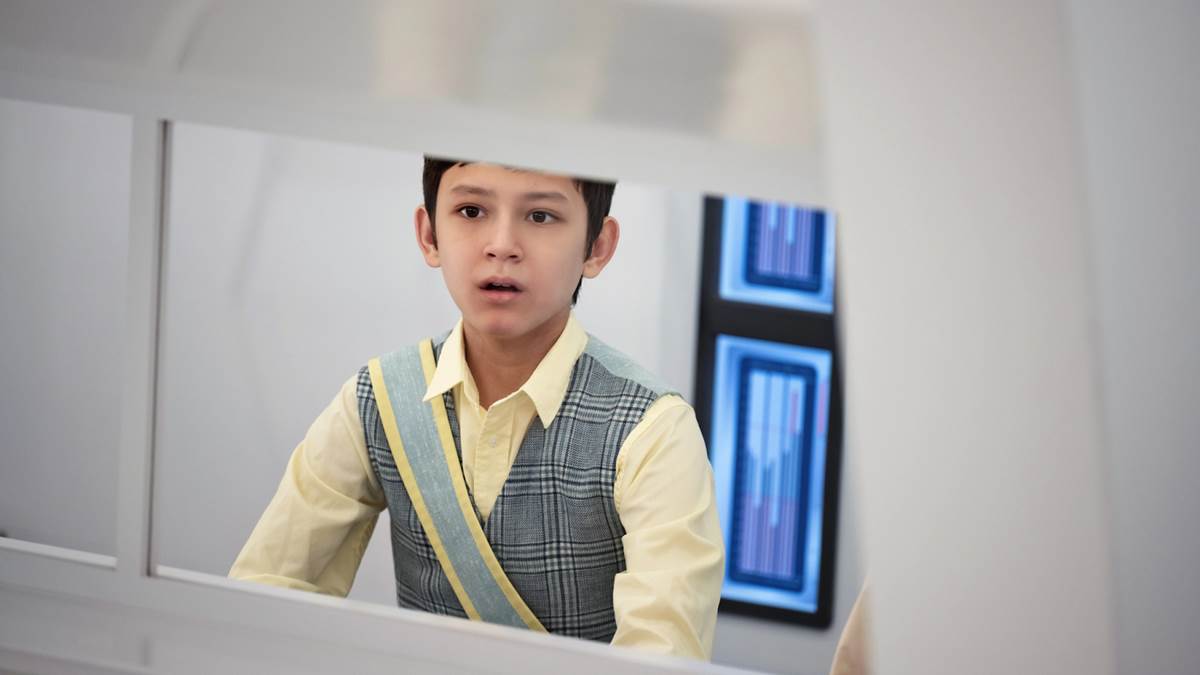 Martina Crowe (Saara Chaudry) has found evidence that it was Kate who was the intruder. She shows the proof to Curtain and clears her name. Placed in the ‘Waiting Room’ Kate regrets dragging Martina into her stunt. When confronted by Curtain, Kate confesses her role and clears Martina. Her act of defiance gets Kate sentenced to a brain sweeping.

Milligan (Ryan Hurst) knows that Kate is in trouble and turns himself in attempting to save her. He provides information about Mr. Benedict in hopes that it will spare Kate from the brain sweeping. Already tied to a table waiting for her memory to be erased, Kate breaks free with Constance’s help.

Sticky’s thinking about the ‘Whisperer’ has evolved. Originally, he liked the comfort that it brought him. The satisfaction he got from interacting with the ‘Whisperer’ was something Sticky never felt before. Thanks to Reynie’s friendship, Sticky now sees how dangerous the ‘Whisperer’ is and how his work with the machine could cause irreparable harm. Called for duty, Sticky is trying to determine a way to stall the machine and Mr. Curtain while the rest of the group makes their way into the tower to sabotage the machine.

Mr. Benedict, Rhonda, and Number Two make their way to the tower and encounter multiple goons employed by Curtain. Rhonda and Number Two use their combat skills and dispatch each attacking henchmen with ease.

As Kate and Constance make their way to the tower, they are attacked by Jackson and Jillson (Ben Cockell and Katherine Evans). Kate sacrifices herself to save Constance, sending her flying up to the top of the tower while she stays on the ground to fight. Once at the top, Constance joins Reynie as they break into the ‘Whisperer’ room where they confront Curtain.

Thinking that they can use humor to their advantage, Reynie tries to make Mr. Curtain laugh, in hopes that like his brother, he will fall asleep. Unfortunately, they make him laugh, and learn that Mr. Curtain is not afflicted with the same narcolepsy as his brother. As the kids valiantly try to stall Curtain, Mr. Benedict and his entourage make their way into the tower. Benedict carries on so that he can confront his brother, while Rhonda and Number Two stay behind and fight off the approaching guards. 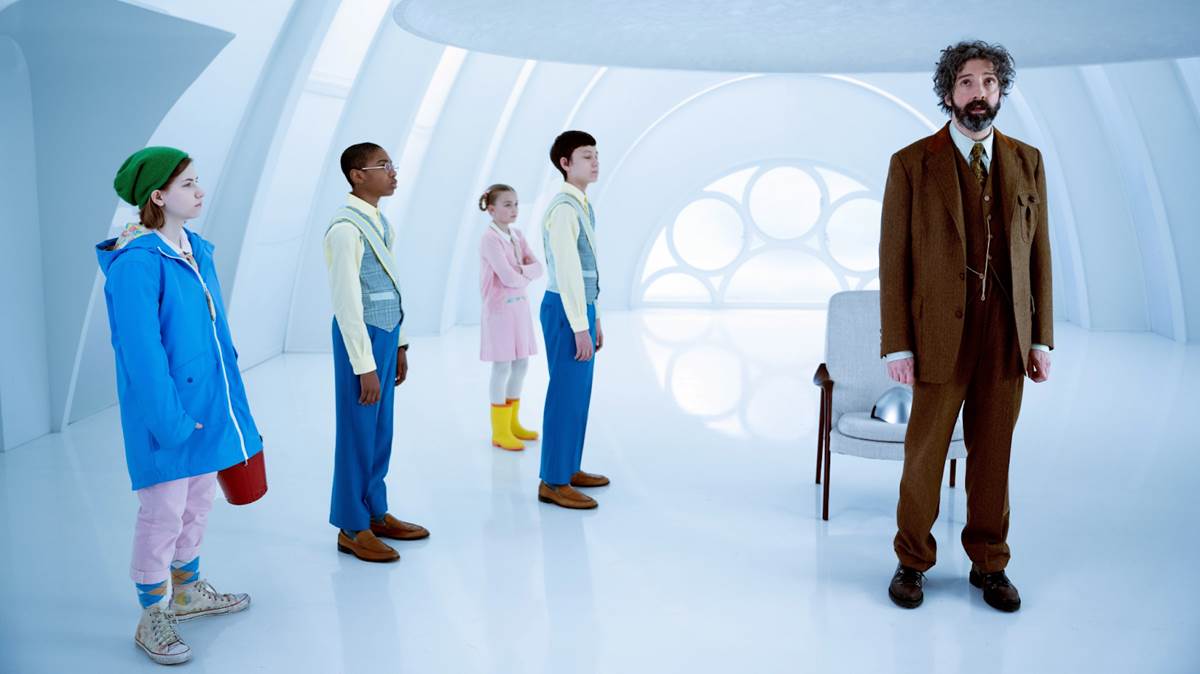 Kate is under attack from all sides at the base of the tower when Milligan comes to save the day. Together they fight off Jackson and Jillson and a host of other goons, but more reinforcements keep coming. As this physical battle takes place, Reynie is trying to outwit Mr. Curtain by playing to his sensibility. Reynie’s good nature angers Curtain, which they learn is the emotion that triggers his narcolepsy, and soon the kids are alone in the room with the ‘Whisperer’.

The physical battle is looking grim for Kate and Milligan when Martina joins the fracas with the tetherball team. Kate is the only person who was a true friend to Martina, so she repays that friendship at the most important time for Kate. With the reinforcements, Kate escapes into the tower but not before she learns that Milligan’s memory is starting to come back, and that he is her dad.

Deactivating the ‘Whisperer’ is a job for Constance. Climbing into the machine, her stubborn streak proves to be invaluable as her refusal to comply with anything causes the machine to malfunction and to deactivate. Mr. Benedict tries to reason with his brother, but to no avail, as Curtain makes his escape.

Back at Mr. Benedict’s mansion, ‘The Emergency’ is over and a sense of calm has come over the people of Stonetown. Families come back together, Kate and Milligan reconcile, Sticky gets a full scholarship to the Boatwright Academy, and Reynie is adopted by Ms. Perumal (Gia Sandhu). Constance agrees to stay with Mr. Benedict but doesn’t want to be adopted. All is well but danger is never far away. Mr. Curtain escapes with technology that could be even more dangerous than the ‘Whisperer’ and quietly plots his revenge on a cruise ship far away.

The Mysterious Benedict Society was an absolute delight from start to finish. Stacked with a talented cast from adult to kid, the story was engaging, and the whimsical dystopian world was a thrill to visit each week. The show began and ended on a high note, and I hope a season two is announced soon.