TV Recap – “Star Wars: The Bad Batch” Episode 15 – “Return to Kamino” Serves as Part I of the Season Finale 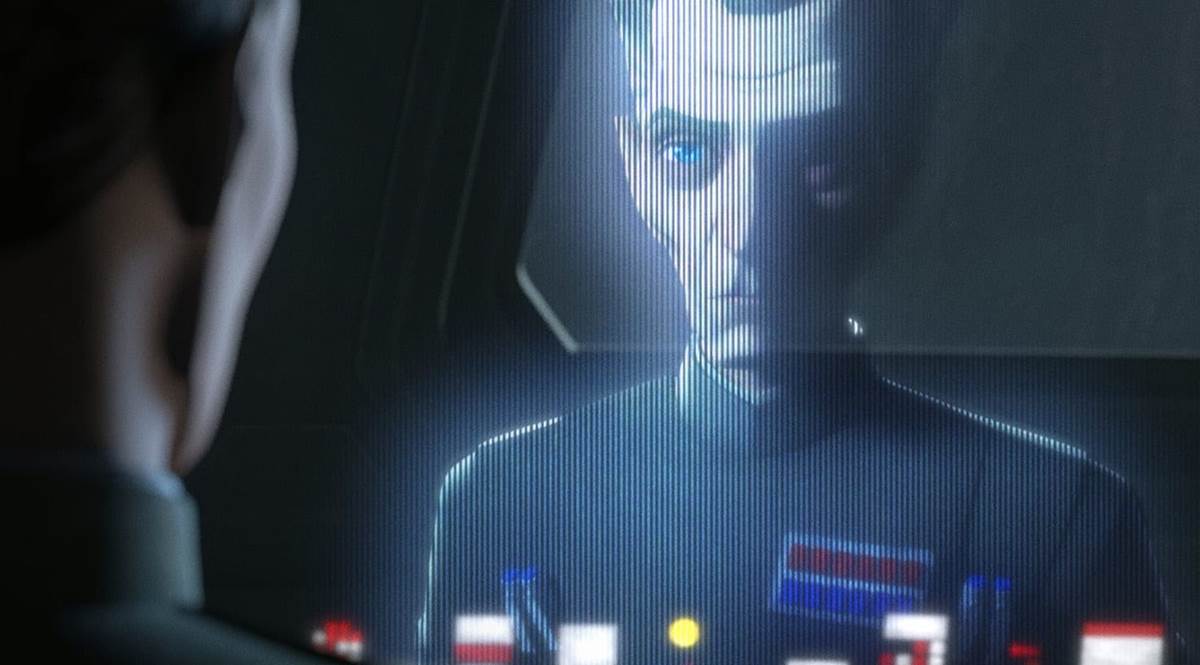 “Finale Part I” begins with the Crosshair’s shuttle traveling through hyperspace with Hunter (voiced by Dee Bradley Baker, as are all the members of Clone Force 99) being held prisoner in the passenger compartment. Crosshair enters and tells him he’ll find out where they’re going “soon enough.” Crosshair takes Hunter’s comlink and says the Bad Batch will come to try and rescue Hunter even if they think it’s a trap. On Ord Mantell, Echo and Omega (Michelle Ang) are repairing the Havoc Marauder. Wrecker enters and says he left Gregor with Cid when Tech notices that Hunter’s communication device has just been activated. Arriving on Kamino, Hunter is confronted by Vice Admiral Rampart (Noshir Dalal), who says his actions on Ryloth grabbed his attention. Rampart leaves Hunter with Crosshair and tells him to stay on schedule, though one of the other troopers says she questions Crosshair’s motives.

On the Havoc Marauder, Tech deduces that the Empire is setting a trap for the Bad Batch as they travel through hyperspace toward Kamino. Omega says she can guide them to a landing platform in Tipoca City that won’t be swarming with troops. They experience some turbulence due to the stormy weather as they enter Kamino’s atmosphere, and when they arrive at Omega’s coordinates, they find nothing there. Omega tells Tech to lower the ship to the surface of the ocean until a platform rises underneath them. “Never doubted you for a second, kid,” says Wrecker. They take a “tube” transport system into the city, hurtling them under the water in a glass sphere, and Omega says the tunnel runs to Nala Se’s private research lab. As he is led through an empty corridor, Hunter asks Crosshair where all the regs and Kaminoans wound up. “When did you start caring about them?” replies Crosshair.

Hunter tells Crosshair that the Empire is going to start phasing out clones, but Crosshair responds, “Not the ones that matter.” Crosshair takes Hunter to a room full of tactical displays, and one of the troops says they’ve detected a ship landing on the planet. “They don’t leave their own behind… most of the time,” says Crosshair. Omega and the others arrive at Nala Se’s laboratory. “What’s so special about this lab?” asks Wrecker. “It’s where I was created,” says Omega. She also tells them the Bad Batch’s mutations were enhanced in this room as Experimental Unit 99. Tech discovers that all the files have been wiped from the computer system, and they are interrupted by the AZI droid (Ben Diskin), who says he is in hiding and seems relieved to see Omega. AZI says it is not safe for Omega on Kamino, but Omega won’t leave without Hunter.

Hunter tells Crosshair he’s seen what the Empire is doing across the galaxy. “You still don’t see the bigger picture, but you will,” replies Crosshair. An alarm goes off as Omega takes her friends across one of the platforms. They sneak into the facility, where Imperial TK stormtroopers are roaming the hallways. They follow Hunter’s signal to a chamber directly below the training room, and Tech says they will enter through the lift to catch Crosshair off guard. “That should give us a slight advantage.” They tell Echo to return to the ship and contact Rex before they rise up directly into an ambush. “Here we all are, together again,” says Crosshair as he holds Hunter with a blaster to his back. Crosshair’s troopers surround the Bad Batch, who are forced to throw down their weapons. Wrecker tells Crosshair they didn’t bring Omega to Kamino, but he doesn’t believe him and sends out troopers to look for her.

Echo covertly sends a signal to Omega, who gets an idea to use the droid training drones she finds underneath the training room. Hunter and Crosshair argue about their loyalties until the latter says, “I’m going to give you what you never gave me: a chance.” Below, a trooper finds Omega and via comlink Crosshair orders to have her sent off-world on a shuttle. After more discussion about where their allegiances lie, Crosshair releases Hunter from his binders and executes his own troopers. Under the training room, AZI knocks the trooper unconscious and escapes with Omega. “It’s time to stop running,” Crosshair tells the Bad Batch. “Join the Empire and you will have purpose again.” “You really don’t get who we are, do you?” asks Crosshair. Klaxons blare as the training droids suddenly enter the arena, which is enough of a distraction for Hunter to tackle Crosshair to the ground.

Watching from one of the elevated platforms, AZI tells Omega she activated too many droids, so she starts helping the Bad Batch take them out with her crossbow. Realizing the danger they’re in, Crosshair also starts helping his former teammates to eliminate the droids. The remaining special forces trooper contacts Vice Admiral Rampart, who orders to pull all remaining forces out of Kamino. “Let the clones die together,” he says. All of Clone Force 99 work together to defeat the droids, while the Empire deserts the planet. Rampart reports to Admiral Tarkin (Stephen Stanton) that “the cloning technology is now firmly under Imperial control.” Tarkin then orders Rampart to fire upon the cloning facility. In the training room, the final droid goes down and Hunter points his blaster at Crosshair while the others surround him. “Forget the Empire. This isn’t you; it’s your inhibitor chip,” says Hunter.

Crosshair stuns them by saying he had his chip removed a long time ago. “This is who I am,” he says, and Hunter stuns him. Hunter apologizes to Omega for bringing her back to Kamino, and looks over Crosshair’s unconscious body. Tech says three Imperial capital ships are descending on the city and they need to leave. Hunter decides to take Crosshair with them, along with his sniper rifle and backpack. They run out through the empty hallway, and we see shots of deserted locations all around Tipoca City. Above, Rampart gives the order to open fire, and shots rain down on the facility. The Bad Batch find their way blocked by a destroyed bridge, and retreat back into one of the domed structures as it collapses, serving as the cliffhanger ending to this first part of the season finale. 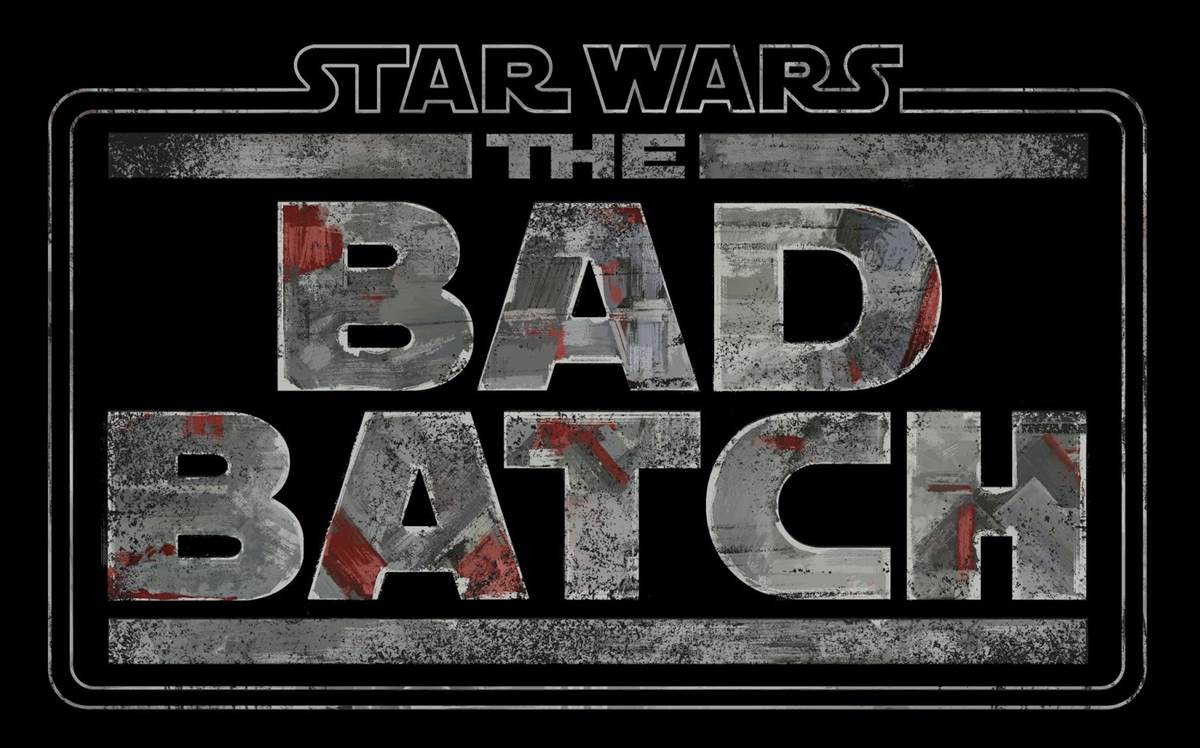 The final episode of Star Wars: The Bad Batch’s first season will be released next Friday, exclusively on Disney+.