Welcome to Tranquillum House: The Cast of Hulu’s “Nine Perfect Strangers” Reminisce About the 5-Month Shoot in Australia

“Welcome to Tranquillum House. Your wellness journey has begun.” This line greets each of the Nine Perfect Strangers in the premiere episode of Hulu’s limited original series, which debuts August 18th. The cast recently reunited along with the executive producorial team at the Television Critics Association (TCA) Press Tour in partnership with the Cable Television Administration and Marketing Society (CTAM). Filmed in Australia over a five-month period, Liane Moriarty’s best-selling novel is transformed into a riveting eight-part series from David E. Kelley (Big Sky, Big Shot). 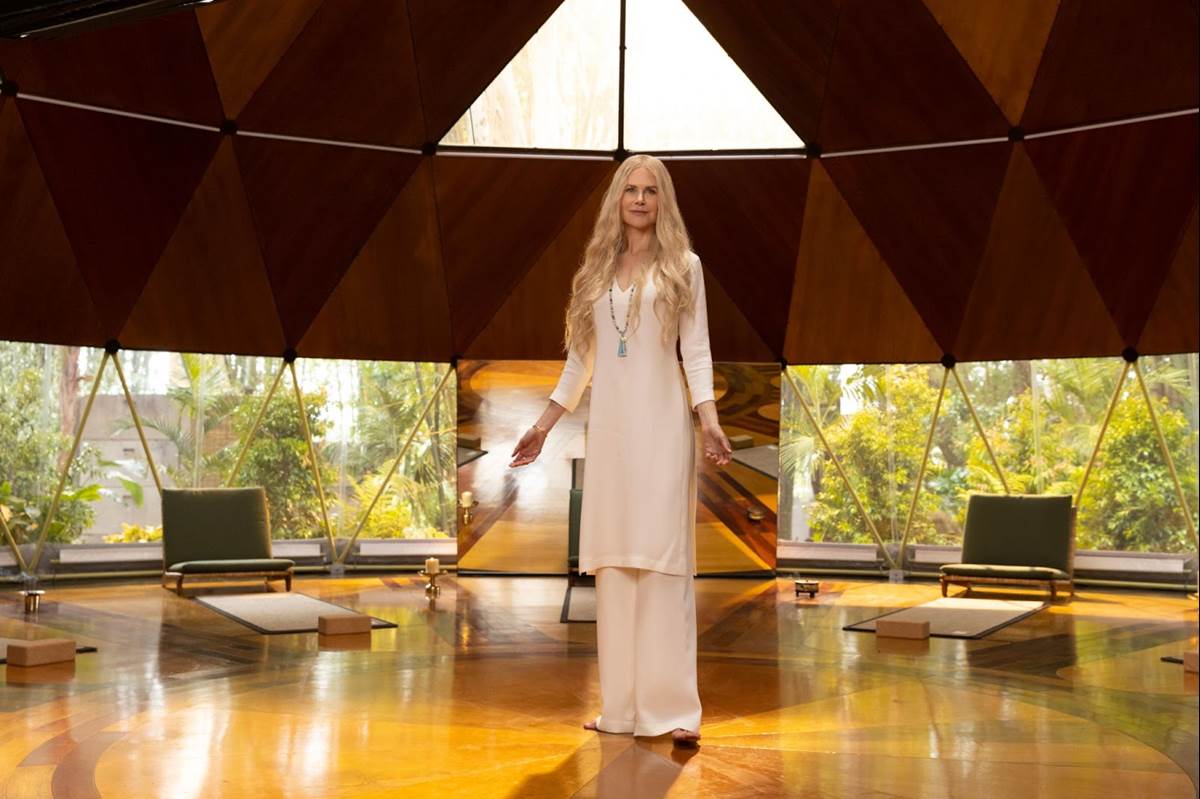 “I dare you to ask any of us what genre this is, we have no idea,” Nicole Kidman joked, who stars as Masha Dmitrichenko, the eccentric leader of Tranquillum House. “I love this show.  It is so trippy and so crazy.” Jonathan Levine, who directs all eight episodes in addition to serving as executive producer, agreed. “I think it really transcends genre. I mean, I certainly thought about horror and certainly thought about thrillers, but at the end of the day, even though we’re playing with those tropes, for me it was about character and about these beautiful people that you empathize with and fall in love with.”

As Masha, the person responsible for bringing these nine strangers together, Nicole Kidman first worked through finding her Russian-American accent before deciding to remain in character throughout the entire shoot. “I walked in as Masha and I never related to anybody in any other way,” she shared. “The first scene we shot was the scene where I come in the room and say, ‘I am Masha. Welcome to Tranquillum.’” Always projecting Masha’s eerily calm and tranquil energy, this was the secret to Kidman’s delicious portrayal. “It was the only way I could actually relate to people was that way, because I felt like, otherwise, I would be doing a performance, and I didn’t want to feel that way. And then each person would come and do their scenes with me in my rooms, and each one would have a different… I would create a different space for them. So it was a really weird place to exist.” Weird as it was, at the end of the shoot, she finally let go of Masha. “I think it was Melvin [Gregg] and Samara [Weaving] that came to me and said, ‘We've never heard your real voice or your Australian accent.’” She jokingly introduced herself as Nicole to the rest of the cast via Zoom. 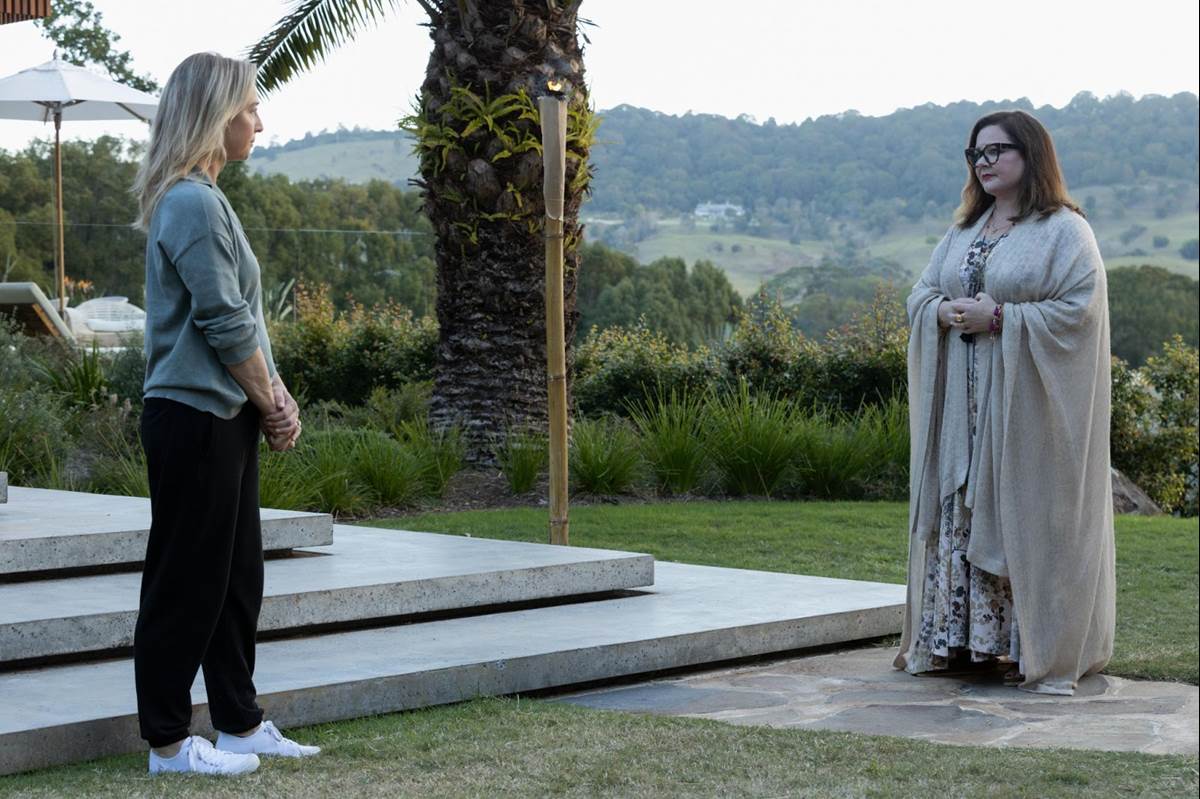 Melissa McCarthy and Bobby Cannavale reunite on this project, having done several films together. Once again, their on-screen relationship is tempestuous. “We either beat each other up or kind of fall in love. Like, we’re on a pattern of literally, physically punching each other or being in love,” McCarthy joked. Playing up a bitter rivalry, Melissa threw out a few compliments, but interrupted them with “Don't listen to this, Bobby, you’ll be impossible,” and “They’re paying me extra to say this, so just let me get through it.” She referred to her co-star and rival/live interest as being a skilled, present and spontaneous actor. Bobby reciprocated the compliments, praising McCarthy’s professionalism and preparedness on set. “Most of the time it just feels effortless,” he explained. “I think that’s a testament to the kind of preparation that Melissa has and her work ethic and the depth of her well, really. There’s just so much going on in there and it’s a thrill to be able to get to work with somebody like that.”

Speaking of working, Australia’s abundance of wildlife posed a few challenges for the shoot, including koalas in trees and loud birds. “Acting between the birds,” Bobby Cannavale reminisced. “It's like opening your mouth and hearing [Squawk noise] and having to start again.” Regina Hall shared in the fun, adding “They went on ‘Action, too, Bobby.  They went on ‘Action.’” But ultimately, for the cast members who weren’t method acting, it created a shared bonding experience. “That was just a reminder that we were in a completely different landscape and in a different world altogether,” Cannavale concluded. 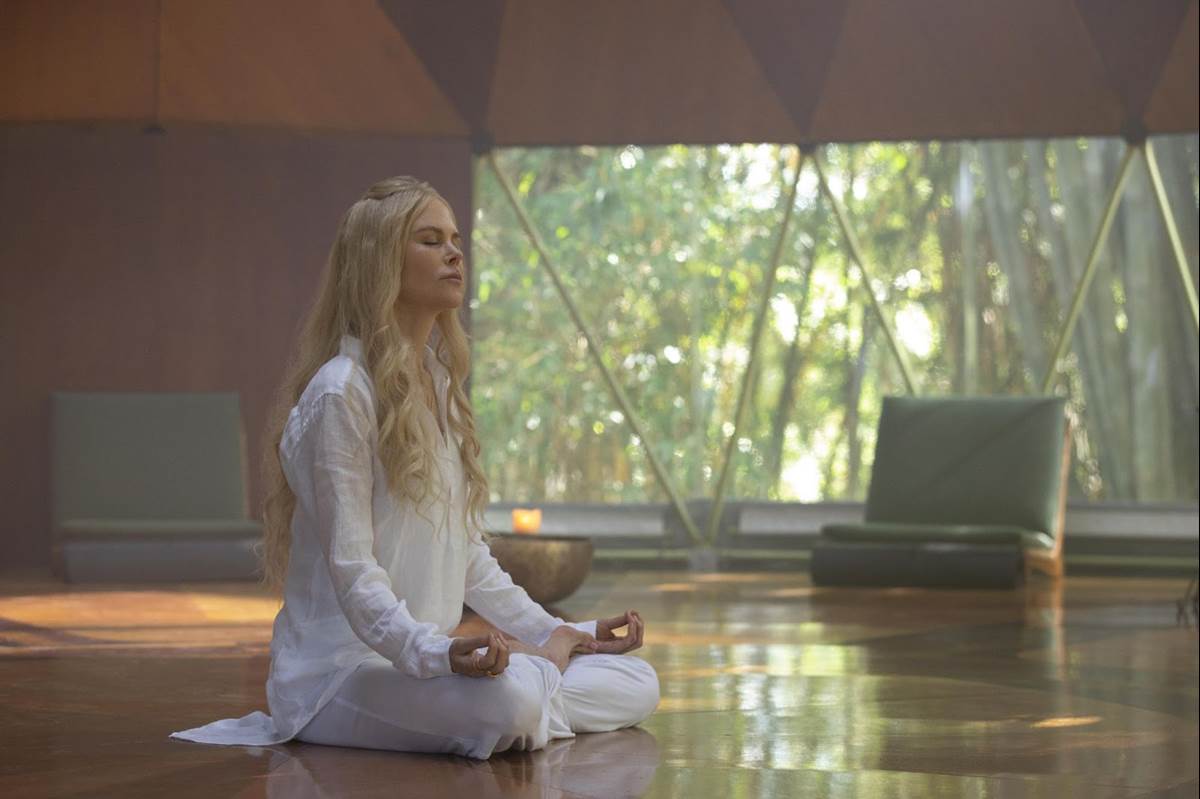 Although eerie at times, Tranquillum House really does seem, well, tranquil. And if you find yourself falling in love with the show, Nicole Kidman has some advice. “Go to Byron Bay. This place is in existence, its owner exists.” Using a real health spa called Soma in Byron Bay, New South Wales as the backdrop of Tranquillum House, the cast all agreed that the space was a special part of the experience. “Yes, it’s gorgeous,” Melissa McCarthy added before Nicole Kidman continued. “It was kind of extraordinary to all be shooting there and the magical quality of the environment I think really helped us. It was like one of those things where you walk in and you go, ‘Is this real?’ And then we existed in this dream state for almost six months and then we left, and it was really kind of weird and magical.”

The nine individuals who travel to Tranquillum House may find magic there, or maybe they’ll find something else. You’ll have to wait until August 18th when Nine Perfect Strangers debuts on Hulu.