If you were to think of the most significant television programs for preschoolers of all time, Sesame Street and Mister Rogers' Neighborhood are likely among the first titles that come to mind. On October 4th, Fred Rogers Productions presents a new animated series created by 15-time Emmy Award winner Sonia Manzano, best known for her role as Maria from Sesame Street. Alma’s Way is designed to help kids learn how to think through their problems and ask questions. The creative team recently gathered together at the TCA Summer Press Tour to talk about how the legacies of Sesame Street and Mister Rogers' Neighborhood converge in Alma’s Way. 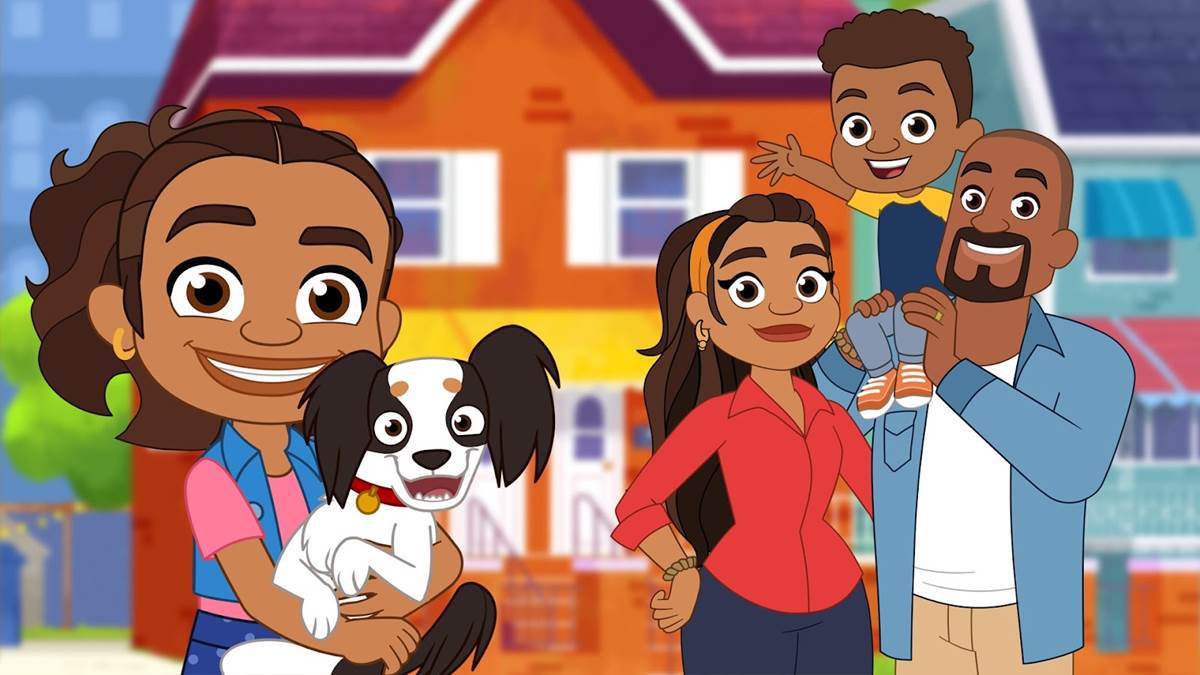 “Linda Simensky (Head of Content at PBS Kids) asked me to create a show that took place in a Latin home with a Latin family,” Sonia Manzano explained about the origins of this new animated series, a project that was five-years in the making. “I, of course, made that more specific and made it a Puerto Rican family in the Bronx, because that's where I was from. The topic of the show was left up to me, and I decided to make it a show about thinking. I was struck by the fact that I had met a lot of kids who were very young and were already turned off to school and learning because they thought of schools as places where they just had to take in a lot of information and memorize and learn things at the same level as their peers and at the same moment as their peers. I thought, wait a minute, they should know everybody has a mind and they can lose themselves in their minds and use their minds to solve their own problems. So that's how I started to think about creating Alma’s Way.”

Connected with Fred Rogers Productions, whose other animated projects include Daniel Tiger’s Neighborhood, Sonia’s concept was expanded with Head Writer Jorge Aguirre, whose credits include the Disney Junior series Handy Manny plus Goldie and Bear, which he also co-created. “I lived in the Lower East Side for a long time,” the writer explained about his real-world approach to writing for the series. “One of the things we try to do is, because the show begins with Sonia's voice, that's always the first voice in there. I think that helps the show sound authentic. Every character sounds a tiny bit different. If you watch the show, you'll see that. We try to base it on people we see. Everybody is based on somebody we have seen or somebody we know”

“All of the characters on the show are based on my real relatives,” Sonia added. “I had a cousin Eddie, Eddie Gua Gua’ Rivera, who was a salsero, he played bass. Eddie Mambo is based on him and also a kid that I knew that had polio in my neighborhood who really loved to dance.” A decision was made to make Eddie Mambo a character with cerebral palsy, so sometimes kids will see him using crutches, a decision that was made in partnership with medical professionals. “If he's walking a short distance or around the house, he might not need his crutches, but for a longer distance he would need his crutches,” Executive Producer and Chief Creative Officer of Fred Rogers Productions, Ellen Doherty, explained. The doctors even gave Eddie Mambo a medical history report to help them make decisions for the show.

Another one of Sonia’s childhood memories of her cousin inspired the character. “Eddie Mambo has much lighter skin than Alma because my real cousin had much lighter skin,” she reflected. “Kids notice those little differences in people, and we wanted to make sure that Alma’s Way was true to those differences and acknowledged that they existed.” Papi is also Afro-Puerto Rican, another element of skintone diversity in the show’s core cast.

“If you are going to do a story about the real world and the community, you want to reflect the community and you need a lot of people,” Jorge added about the size of the show’s cast. “You will see more and more characters as the season rolls out. By the end it is quite a big group of people, that's how you make the community feel alive.” And while the decision to set the show in the Bronx was personal, Sonia Manzano couldn’t help but draw a Marvel-ous comparison. “When I got into Spider-Man, they set it in Queens, I thought that was so cool because I knew Queens,” she revealed.

The fun of Alma’s Way starts from the very first notes of the show’s opening theme song, written and produced by Lin-Manuel Miranda and Bill Sherman. “I knew Lin-Manuel from Sesame Street, he had appeared on the show, so I kind of knew him, and I knew his father from years back,” Sonia Monzano explained. “So I was happy to ask him, and I was thrilled that he agreed. Who else could put so much information into few words poetically than Lin to set it up? And then Bill Sherman, we asked him to come up with music that had a little salsa, urban, hip-hop, a little Puerto Rican, a little Lei Lo Lai, all in two minutes or however long the theme is, and they just rose to the occasion. Flaco Navaja did a terrific job singing the song, because he's a real salsa singer. And then, the crème de la crème, Summer [Rose Castillo, the eight-year-old voice of Alma] sings the rap part in her own way and kind of pulls it all together for us. So I think it was the perfect storm.”

Kids can meet Alma and all of her family and friends starting October 4th only on PBS Kids.