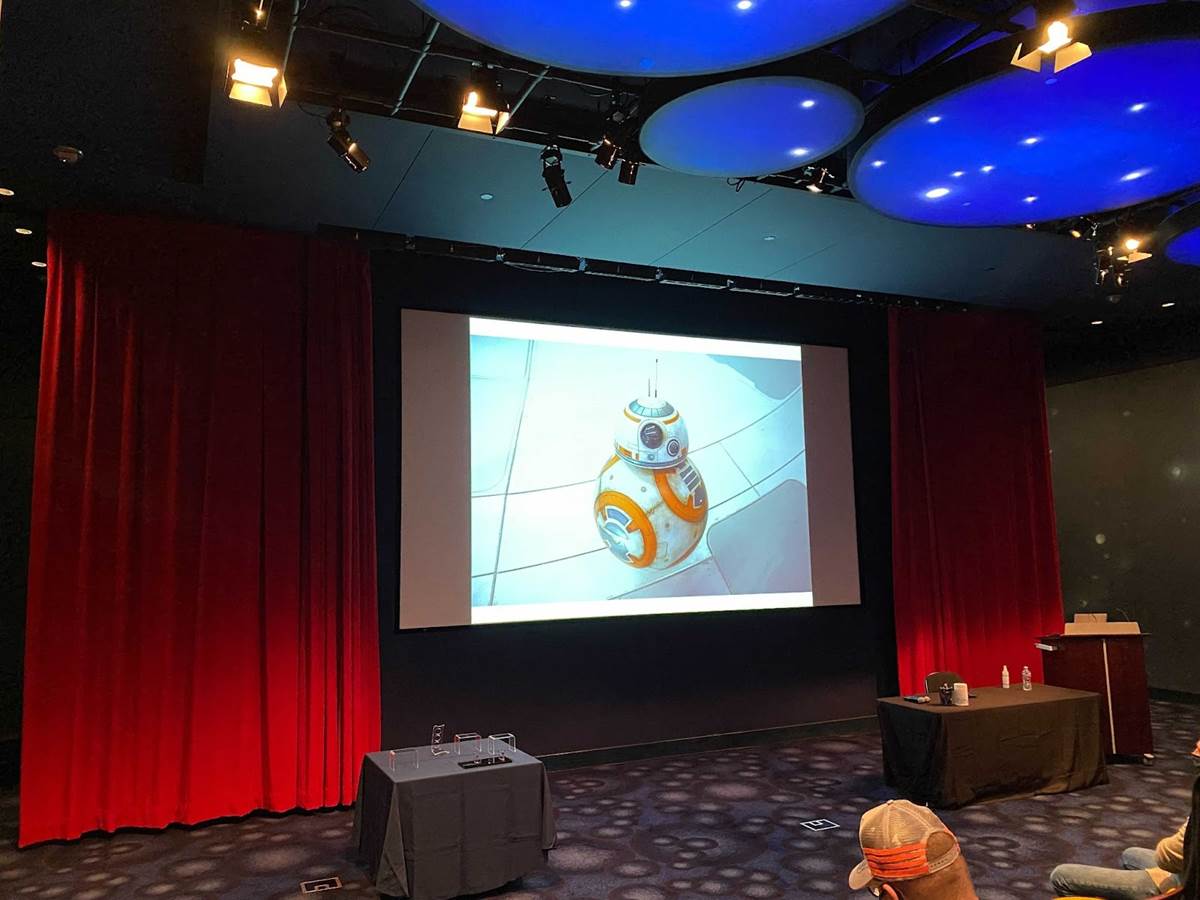 It’s been a tough year and a half for live events, as you’re well aware, but The Walt Disney Family Museum in San Francisco’s historic Presidio district is getting back into the swing of things by resuming its series of illuminating programs related to The Walt Disney Company and the entertainment industry in general.

I was lucky enough to attend the first of these events to take place in 2021, namely “Preserving Lucasfilm’s Collection,” which was presented by Lucasfilm archivist Madlyn Moskowitz this past Saturday in The Walt Disney Family Museum’s main theater. This talk was promoted as “a special presentation about her duties and responsibilities ranging from cleaning, storage, and transportation to consultation for replica makers and costume designers,” and it proved to be even more interesting than I had anticipated. 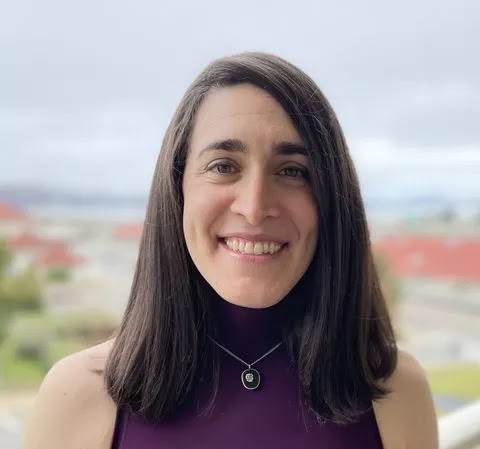 Madlyn Moskovitz began her talk by telling the audience about her previous career as a high school teacher, occasionally dipping into pop-culture history during her classes. From there she interned at The Jim Henson Company in New York City, where she began to accrue experience as an archivist and research assistant during the period of The Muppet Show’s 35th anniversary and the writing of author Brian Jar Jones’s Jim Henson biography. Later at Lucasfilm, she started as a film archivist, helping to preserve the physical media that originally captured the company’s movies we know and love. She pitched in on the 4K restorations of the original Star Wars trilogy, helped dig up newly uncovered deleted scenes for a new home video release of Willow, and eventually moved on to taking care of the props, costumes, creatures, and droids from the George Lucas era of Lucasfilm.

We learned about how Madlyn mastered the art of packing and creating the items in the company’s collections, and then became adept at setting up costume displays at exhibits like the one at the Detroit Institute of Art and a touring exhibition called “Star Wars Identities.” She assisted Wired magazine on a photo shoot for the 40th anniversary of Lucasfilm’s in-house visual effects department Industrial Light & Magic and a piece about C-3PO actor Anthony Daniels, did research for the looks of costumes and props in the Star Wars: Battlefront video games, and contributed to a book on Star Wars costuming. She even helped put together the prop exhibits in Disney Parks’ Star Wars Launch Bay locations at both Disneyland Resort and Walt Disney World. And after Disney’s acquisition of Lucasfilm in 2012, she began curating the company’s collection of items from the current batch of Star Wars films like Rogue One and The Last Jedi, for which she assembled displays at San Diego Comic-Con and other live events. Moskowitz describes her job as “physical asset management” and as a further simplification she says she “just takes care of the cool stuff” from the films. She’s also worked on The Rise of Skywalker display at Essence Festival, Star Wars-themed commercial shoots, consumer products like weapon and helmet replicas, the World Premiere of Rogue One: A Star Wars Story— which featured a life-size X-wing Starfighter parked on Hollywood Boulevard– and droid appearances at press junkets for the new movies’ releases. A big part of her daily routine is making sure the items in Lucasfilm’s archives are properly stored at the correct temperatures and that their whereabouts are always accounted for, since each piece may need to be retrieved at any given moment. She’s also proud of her appearances on YouTube’s The Star Wars Show, where she was given her own show-and-tell segment entitled “Mad’s Props,” not to mention the numerous contributions she’s made to Star Wars Insider magazine and StarWars.com.

Madlyn said one of her most satisfying achievements was helping to bring Star Wars: Galaxy’s Edge to life at Disneyland and Disney’s Hollywood Studios. Her department provided molds and information about how certain props were made so replicas could be crafted for locations such as Dok-Ondar’s Den of Antiquities within Black Spire Outpost. At the end of the presentation, Moskowitz and her coworker brought out a selection of actual props from recent Star Wars films, such as the Sith Wayfinder (pictured above) Leia’s lightsaber, and a maquette of Babu Frik’s head from The Rise of Skywalker, Coaxium vials from Solo: A Star Wars Story, Luke Skywalker’s green lightsaber from The Last Jedi’s flashback sequences, an intergalactic take on the Idol of Fertility from Raiders of the Lost Ark which was visible behind composer John Williams during his now-infamous cameo appearance in Episode IX. And once the event wrapped, attendees were permitted to get an up-close look at these items, which was a real treat. All told, I was thrilled to be back at The Walt Disney Family Museum for an in-person event, and as a lifelong Star Wars fan I certainly couldn’t think of a more exciting way to kick off their series of talks once again. 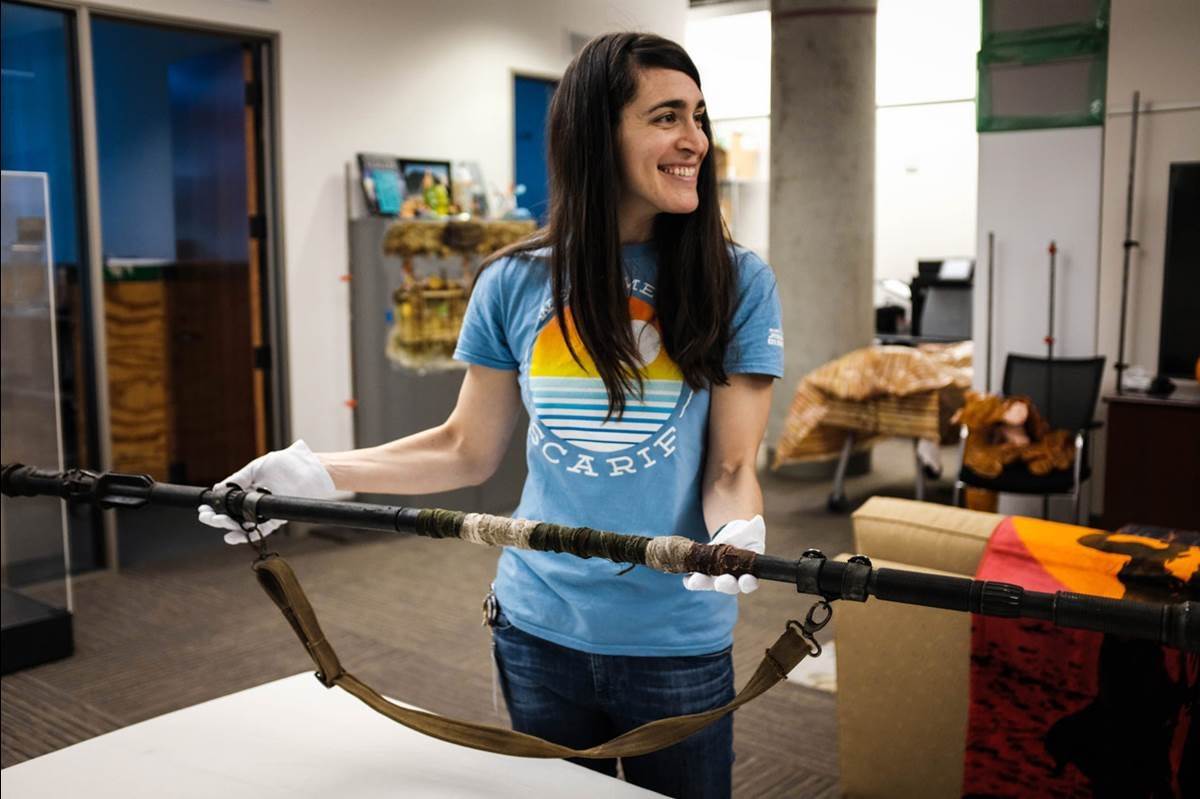 Tickets for future Walt Disney Family Museum events, both in-person and virtual, can be purchased at the museum’s official website.