On the second night of CinemaCon Hollywood gave to me, a presentation from WB. If the theme of Sony’s kickoff presentation was that studios shouldn’t tamper with the traditional theatrical release window, then Warner Bros. “The Big Picture” presentation was the polar opposite. Every single film presented at CinemaCon will stream day-and-date with the theatrical release on HBO Max, every last one of ‘em. Despite leading with the fact that Warner Bros. has released more films to theaters than any other studio since March of 2020 (13) and has accounted for over $2 billion of worldwide box office revenue in 2021, the audience of mostly NATO members (National Association of Theater Owners) gave the start of the presentation a fairly unenthusiastic applause. And to be fair, only one film in the top 5 domestic box office for 2021 is from WB (Kong vs. Godzilla). 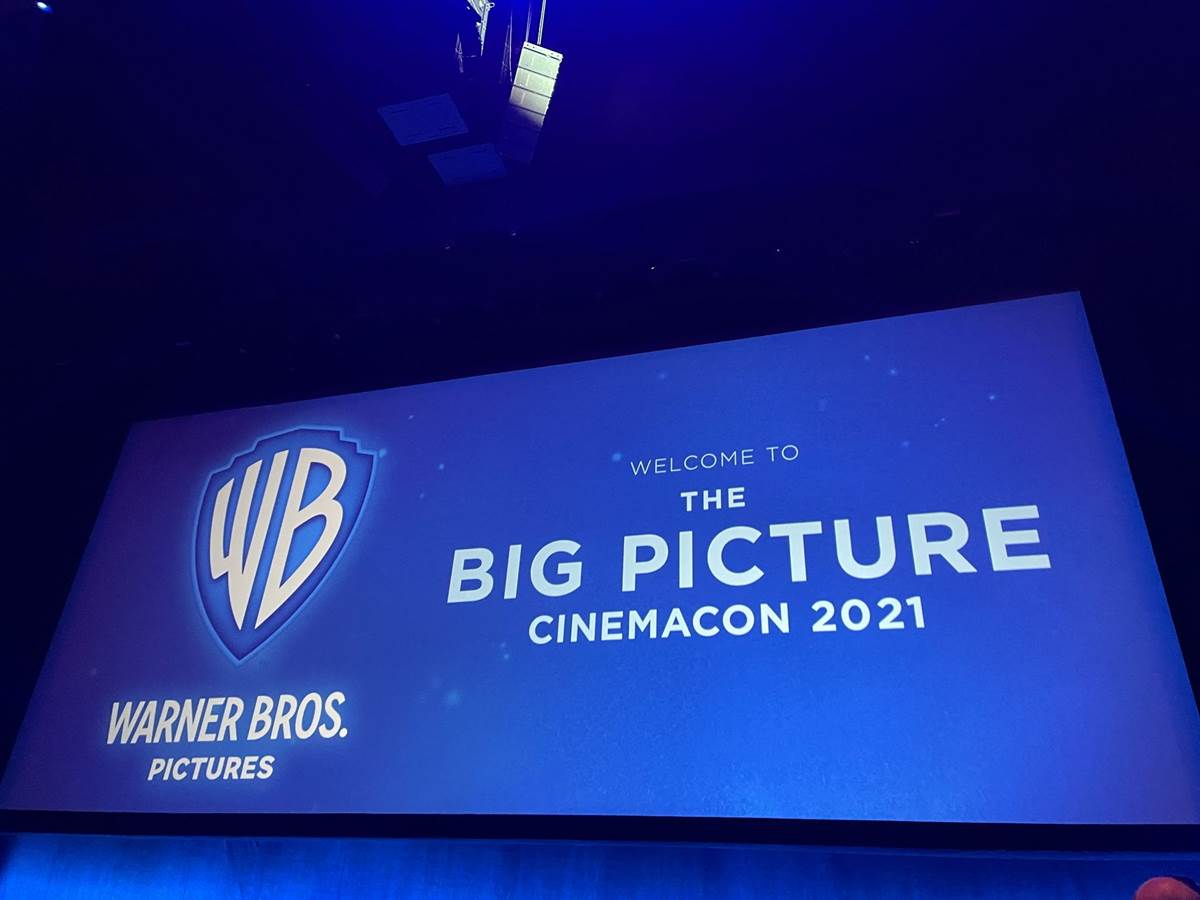 At the end of July, Disney announced that their presentation wouldn’t feature any executives or talent due to mounting concerns over the Delta variant. They are expected to just screen Marvel Studios upcoming film Shang-Chi and the Legend of the Ten Rings and not touch on any other upcoming films. Warner Bros., on the other hand, made no such advance announcement. Instead, Jeff Goldstein (President of Domestic Distribution) and Andrew Cripps (President of International Distribution), who were announced to be presenting in-person, failed to stand on a stage in front of theater owners to face probable boo’s (“Family matters” was the reason given for both execs). All intros to the slate presented were pre-recorded from soundstages on the Warner movie lot.

If you came here looking for information about some of the studio’s most secretive films for 2022 and beyond, you’ll be disappointed with this recap. At the very end, the executives plugged the fact that they have 5 DC films in active production, confirmed that Baz Luhrman’s untitled Elvis Presley biopic will simply be called Elvis, said the words “Fantastic Beasts 3” once in that order, and listed off a few other titles that are based on beloved franchises: Toto (from The Wizard of Oz), Wonka (as in Willy), and Coyote Vs. Acme (I’m glad to see that Wile E. Coyote has directed his “Genius” towards legal action for decades of faulty products and related injuries).

Sony and Marvel Studios put the Spider Man: No Way Home trailer on the interweb shortly after it officially debuted last night, but Warner Bros. has not been as fast to share the new trailers or footage shown. Audience members were treated to the first clips and trailer for The Matrix: Resurrections. We also got to see the first footage from The Batman, most of which was  behind the scenes clips destined for future EPKs. And then there was an entire sequence shown from Dune, which director Denis Villeneuve titled “The Spice Harvester Sequence.”

Other trailers with introductions presented included the horror film Malignant, Clint Eastwood’s triumphant return to the back of a horse in Cry Macho, Will Smith as the father of Serena and Vanessa Williams in King Richard, and HBO’s The Sopranos prequel The Many Saints of Newark (ironically intended to be theatrical only, but now going to HBO Max that same day).

Warner Bros. tried to wipe the egg off their non-present faces with the CinemaCon crowd by having the directors of each film say phrases like “This was meant to be seen on the big screen” before every trailer or clip was shown. Indeed, Warner Bros. does have an exciting film slate through the end of winter, many of which would otherwise be must-see movies on the big screen. But with the future of public gatherings looking a little unpredictable at the moment, I think audiences will be grateful to not have to wait any longer to see some of these tent pole films. Dune in particular has already been collecting dust on a shelf for a year, although it was filmed with IMAX in mind, so there’s that.

Tomorrow will be my last day of CInemaCon coverage. Be on the lookout for recaps of presentations from both NEON (who has a streaming agreement with Hulu) and Walt Disney Studios (if there’s anything to say other than “I got to see Shang-Chi and the Legend of the Ten Rings).