SeaWorld Orlando has all kinds of great food and beverage offerings year-round, but right now you can enjoy even more delicious options during the Craft Beer Festival. I was lucky enough to experience the event this weekend and taste some of the offerings found throughout the park. SeaWorld invited me out to sample some of these offerings and see just what their Craft Beer Festival has to offer. One of those offerings was the Smoked Brisket Macaroni and Cheese seen above. This was probably my favorite dish of the day and, paired with the Lightpoint Functional White Ale from New Holland Brewing, it was something I would definitely return to get again and again.

Another one of my personal favorites was the Honeyracha Buttermilk Fried Chicken, which can be found at the same booth as the macaroni and cheese. I paired it with the Mango Rush cocktail, which was also delicious and refreshing, but this dish could easily pair nicely with just about any of the beers available at the festival. 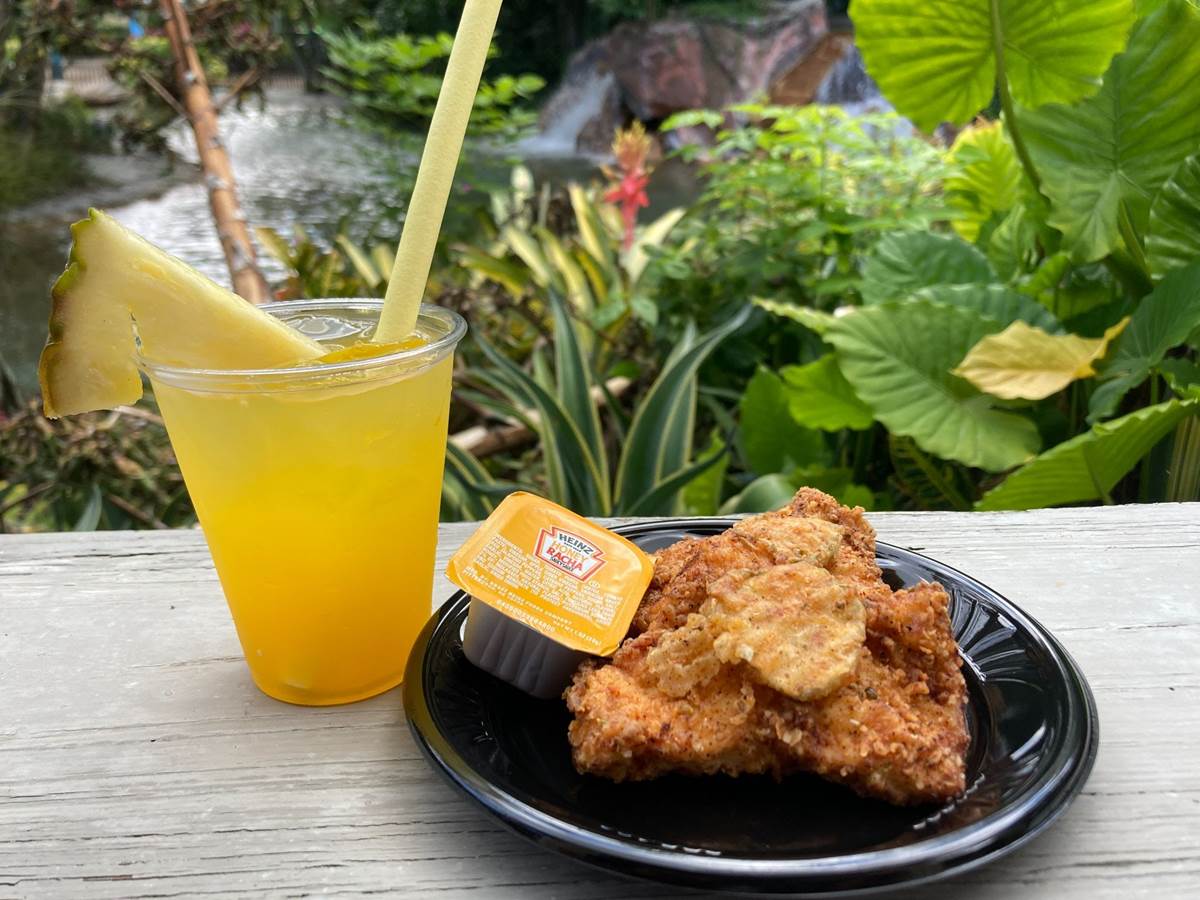 A couple of the other standouts were the Crispy Buffalo Cauliflower Bites, which were just the right amount of spicy, and of course the White Chocolate Raspberry Cheesecake Cone, which is as satisfying as a dessert can be. 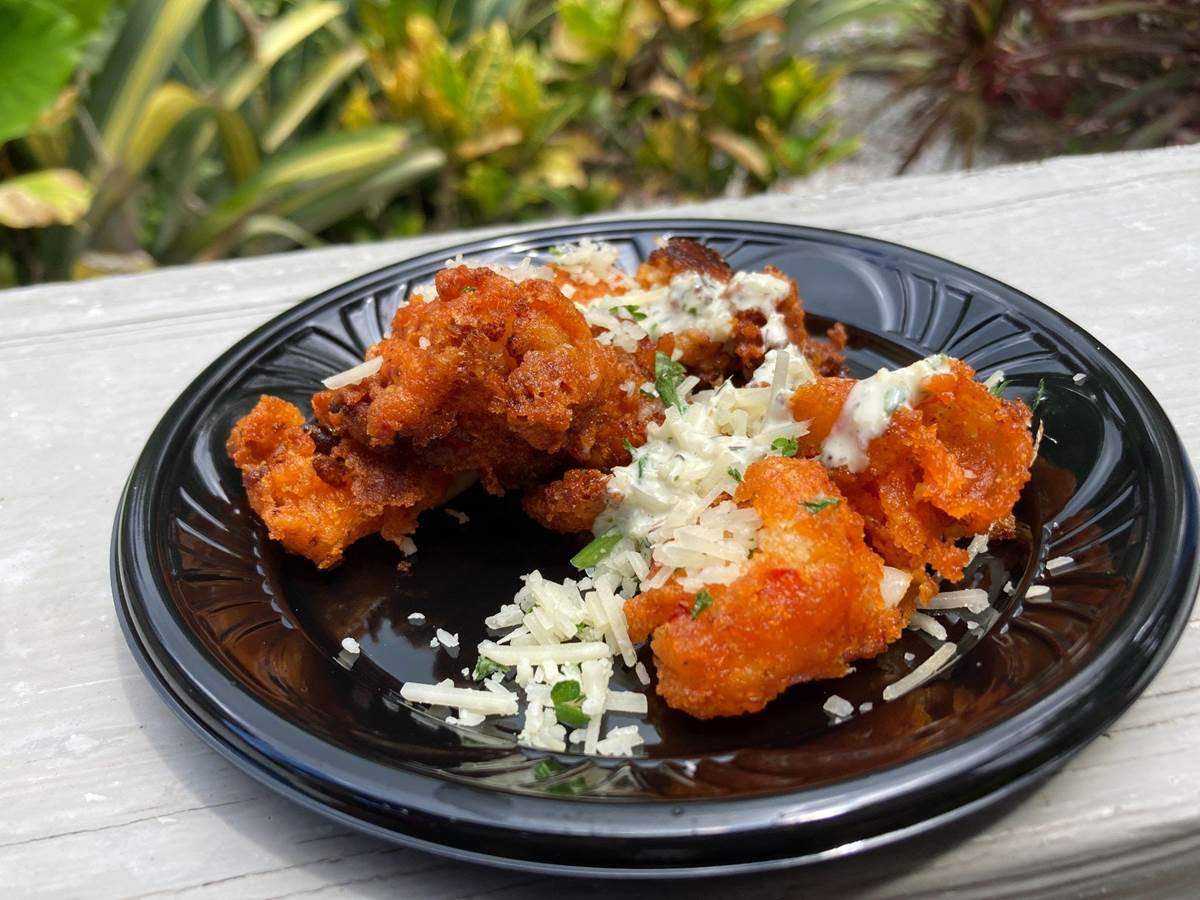 I also got to try the Stout Glazed Tuna Lollipop with the Watermelon Agua Frescas and the Beer and Cheese Stuffed Beef Slider with the Yuengling Oktoberfest. For those looking for a refreshing, non-alcoholic beverage, that Agua Frescas is the way to go. Everything I got to sample at the festival was delicious. 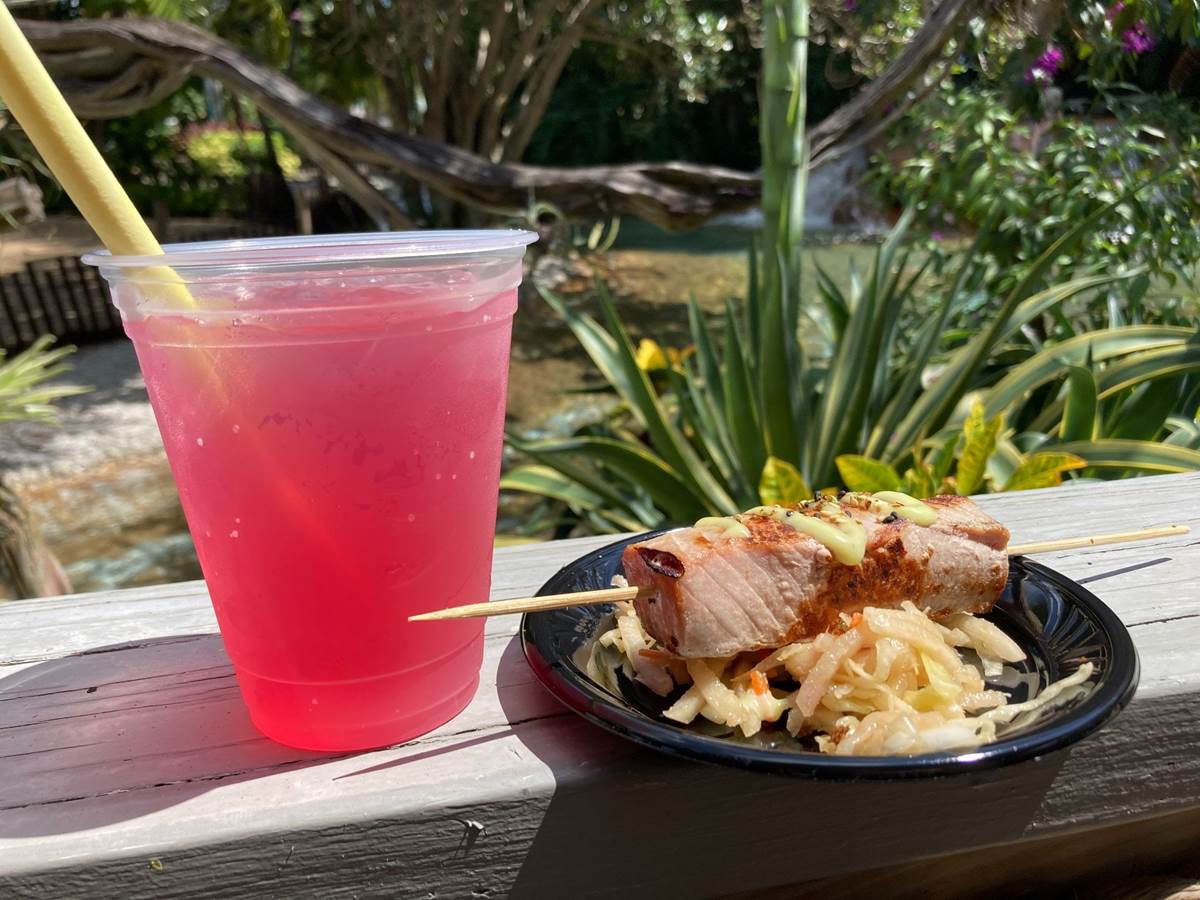 Guests will find festival booths throughout the park with various offerings. In fact, there are far too many delicious options for anyone to sample them all in just one visit. My advice would be to check out the complete menu before your visit and plan out some of the favorites that you just have to try.

If you enjoy beer, the even spotlights dozens of local breweries like Crooked Can, Funky Buddha, Ivanhoe and many others. There are countless craft beers available, as the name of the event might suggest. Even if you don’t love beer though, there are also plenty of cocktails and non-alcoholic beverages available around the park. 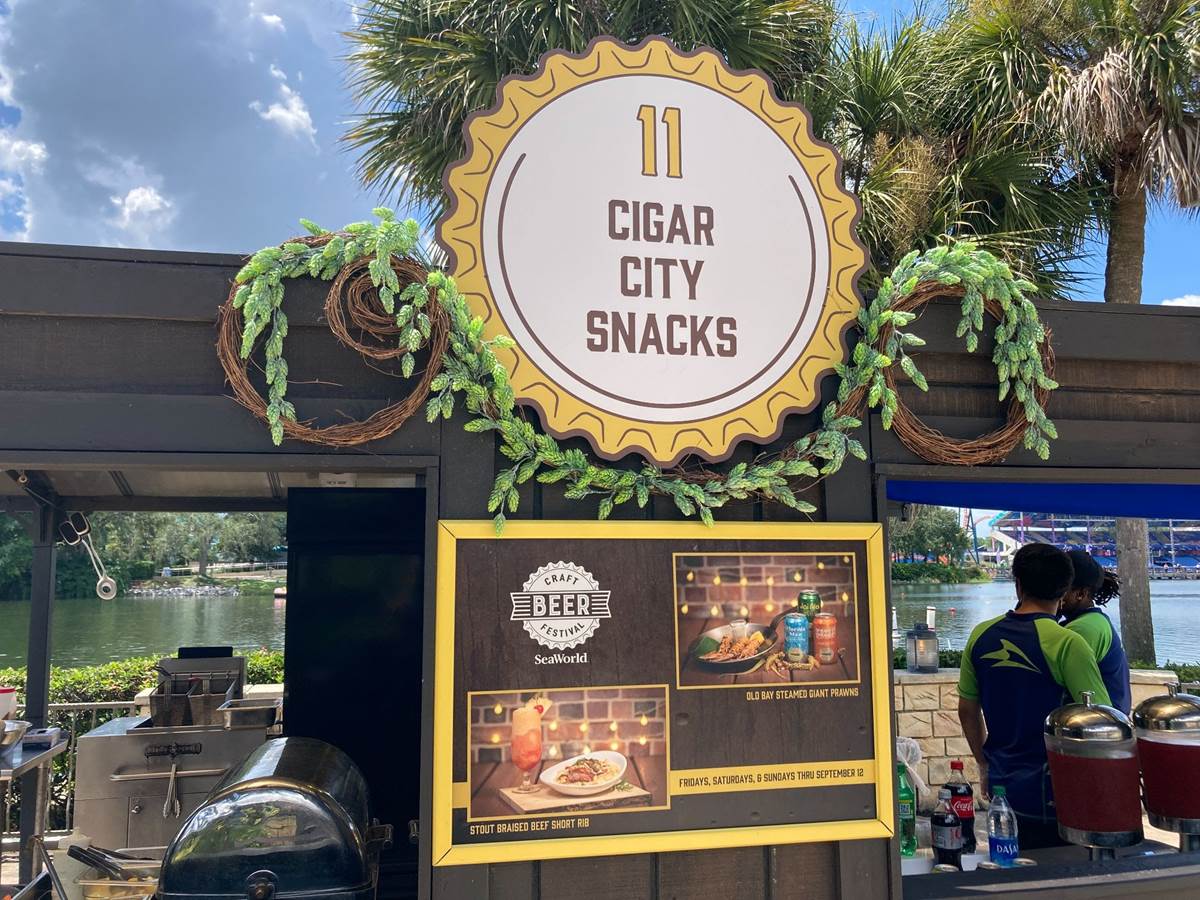 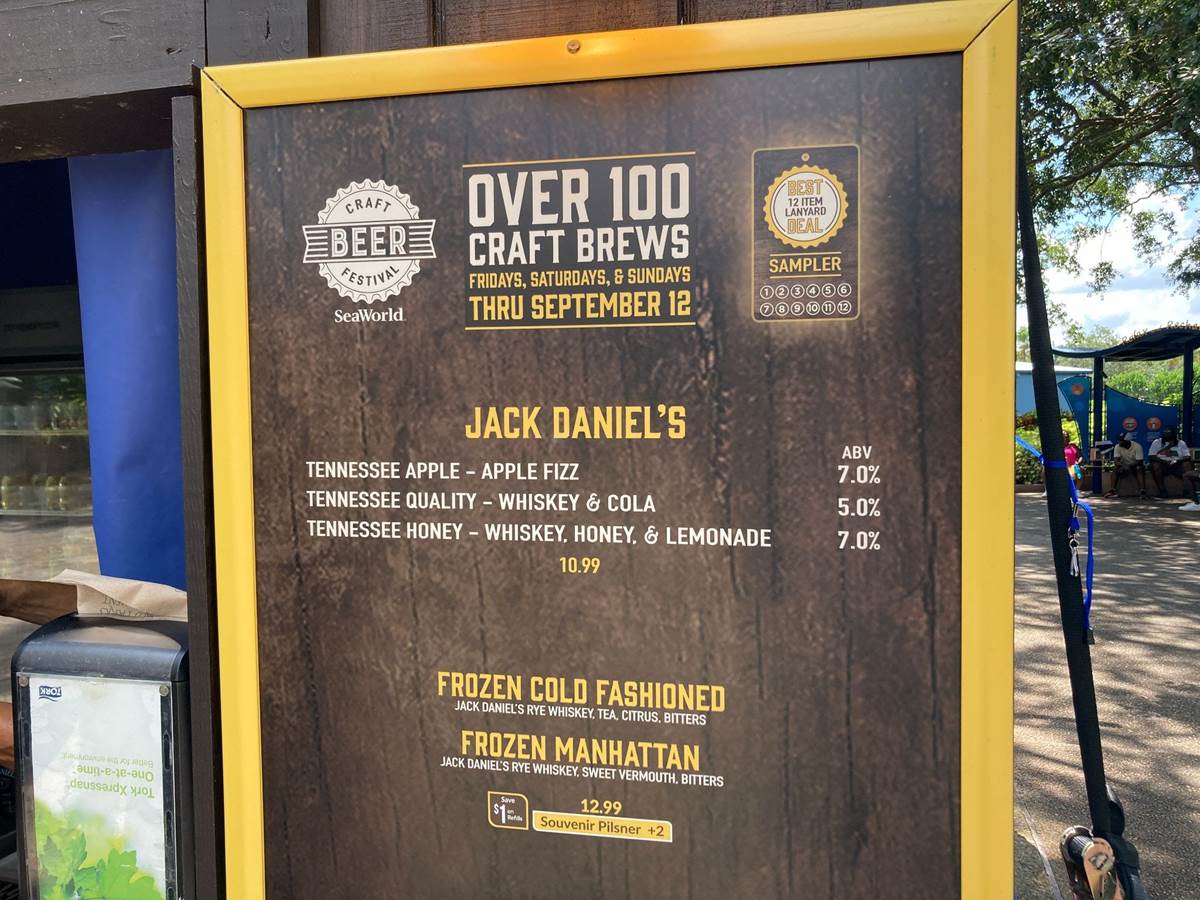 Another recommendation I would make would be to take advantage of the tasting lanyards, which start at $50 and allow guests to enjoy at least eight samples from around the event. As I’ve said, there are going to be a lot of offerings you’re going to want to try, so you will work your way through that lanyard easily.

SeaWorld Orlando’s Craft Beer Festival runs on Fridays, Saturdays and Sundays through September 12. The event is included with park admission and will certainly lead to a memorable day of eating and drinking. Of course, the world-class attractions are still open around the park, so you can also enjoy some incredible thrills. Maybe just don’t mix the two too much.