Behind the Attraction takes a look at how Hall of Presidents grew from a lone figure of Lincoln, and developed human Audio-Animatronics into the (literally) high-flying stunttronics we see today. 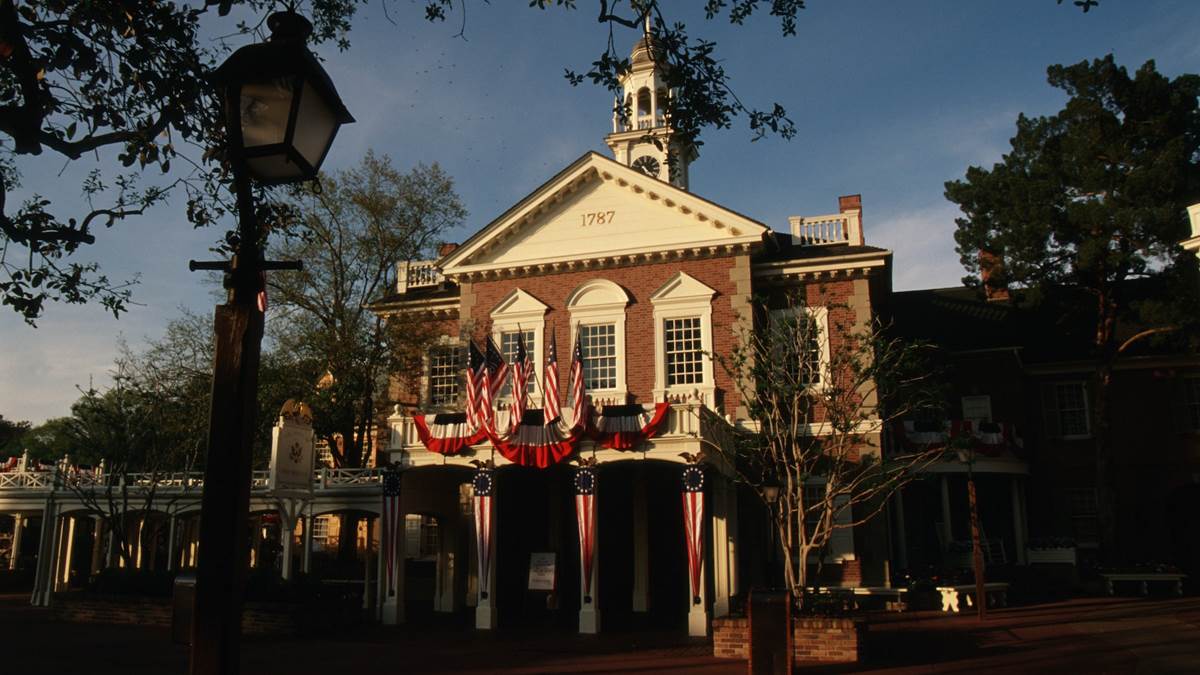 It’s interesting to see some dialogue recording sessions by President George W. Bush before we venture into the history of Walt Disney and the relationship he had with his brother. Not that that's a story that shouldn’t be told, but it's definitely a strange turn for this particular episode. By now, 10 episodes in, we’ve already heard the story of Disneyland and the origins of the Walt Disney Studios, with the help of Walt’s brother, Roy Disney. This episode however, assumes you haven’t watched the previous nine, and tells the stories again. However, producers must have realized that this is a later episode, and trimmed it down a bit and then goes back to Walt’s childhood love of Abraham Lincoln.

We then get into the dream of taking animation into three dimensions, and touch on the idea of Liberty Street at Disneyland, which would have been home to the first incarnation of the Hall of Presidents. Liberty Street might not sound familiar to everyone, and the series just leaves it as “a part of Disneyland that we never built due to funding.” Imagineer Bob Gurr explained however, that despite the lack of funding, Walt had a secret room where they were building an Audio-Animatronic human, with another Imagineer explaining that they decided to scrap the hall, and just focus on one president, and do it well.

A recent episode of the series took us to the 1964-65 New York World’s Fair, where we heard a lot about Great Moments with Mr. Lincoln, and Walt’s persistence in getting this attraction built. Perhaps because he was already building it? This episode however, focuses more on the technological issues with the Great Moments with Mr. Lincoln attraction, sharing stories and anecdotes about how the Lincoln figure would malfunction, smashing chairs and having electrical issues.

But what happened when it worked? Guests were enthralled, with some Imagineers saying they saw it as a kid and thought Lincoln was there talking directly to them.

Following the linear timeline that all episodes seem to follow, we now jump into the creation of Walt Disney World and the differences between the Florida destination and the California original, in this episode, the idea of size. And tragically, in that piece of time, is where Walt Disney died. Here’s where the idea of the brothers makes sense, because we jump back to the relationship between the two and how Roy decided to build the new park and dust off his brothers plans for Liberty Street, but making a whole new land out of it with Liberty Square, because he was dedicated to building the new park how his brother would have wanted it. 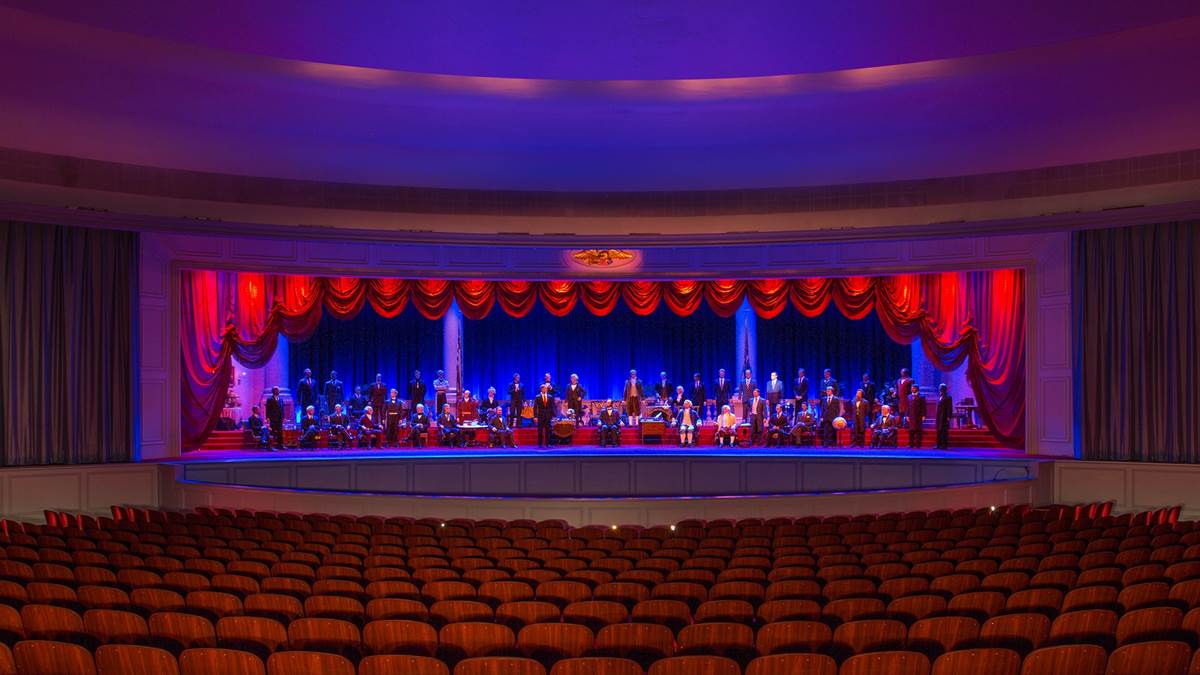 While we learn more about the land, we also get into the signature attraction of Liberty Square, the Hall of Presidents and the development of 36 lifelike presidents. The episode kind of skims the surface, and then goes on to explain that Liberty Square was the most popular land in the park for the first 10 years. The episode focuses on the Hall of Presidents, and the timing near America’s bicentennial and says this is the reason why. Personally, I feel like the Haunted Mansion (also in Liberty Square) might have had something to do with it as well.

Imagineers go on to explain that the Hall of Presidents is very different from other Audio-Animatronic shows because not only does it change every 4-8 years, but guests are familiar with the individuals that they are trying to replicate. Thanks to television and cameras, increasing in prevalence since the Hall opened in 1971, guests are (perhaps too) familiar with the faces and the personas of the presidents that the Imagineers are trying to build, as opposed to a fictitious character in, say, the Carousel of Progress.

Finally, we get back to those recording sessions with the presidents from the beginning of the episode, with the explanation that sometimes it takes months for Walt Disney Imagineering to get the approval to get into the White House to record the sessions. When they do, however, they take note of every part of their performance. Hand gestures, movements, the way they say certain words. 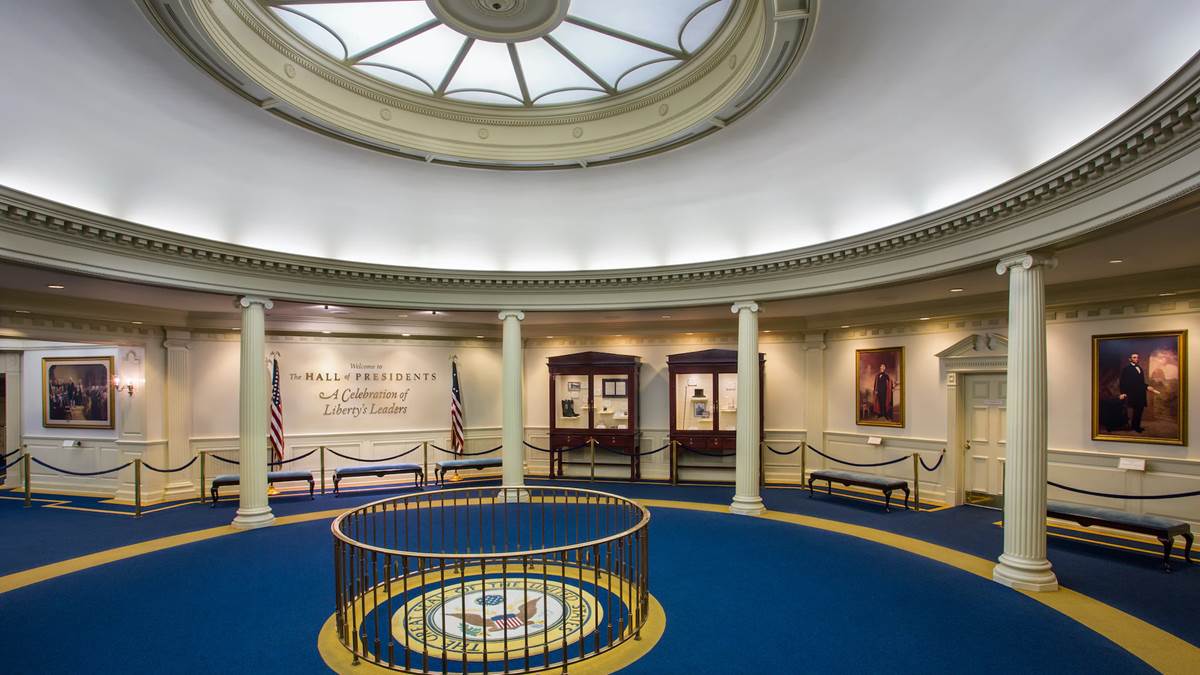 They discussed the progress and advancements made and I thought we would delve into the next great America-based Audio-Animatronics presentation, The American Adventure at EPCOT. Nope. We are teased with the new stunttronics figure that can now be seen in Disney California Adventure at Avengers Campus.

After a bit of reminiscing with more personal anecdotes about what the Hall of Presidents means to Imagineers and their families, we dive back into the Walt and Roy relationship, focusing more on how Roy built the park after Walt had died and named it Walt Disney World (instead of just Disney World) so that people would remember it was his brother’s dream, before he himself passed shortly after the park opened.

Behind the Attraction – Hall of Presidents is now streaming on Disney+.