Marvel fans have seen the Marvel Universe threatened by gods, monsters, aliens and power-hungry tyrants but the heroes have always found a way to prevail. What if they didn’t? What if Earth was all but destroyed by the newest threat and the surviving heroes were left to deal with the fallout.

That’s the story of Marvel’s new “Dark Ages” series, which kicked off today. All of the heroes of Earth come together to face a brand new threat, like we’ve seen so many times before. Only this time, it’s too much for them and the Marvel universe is plunged into the dark ages. 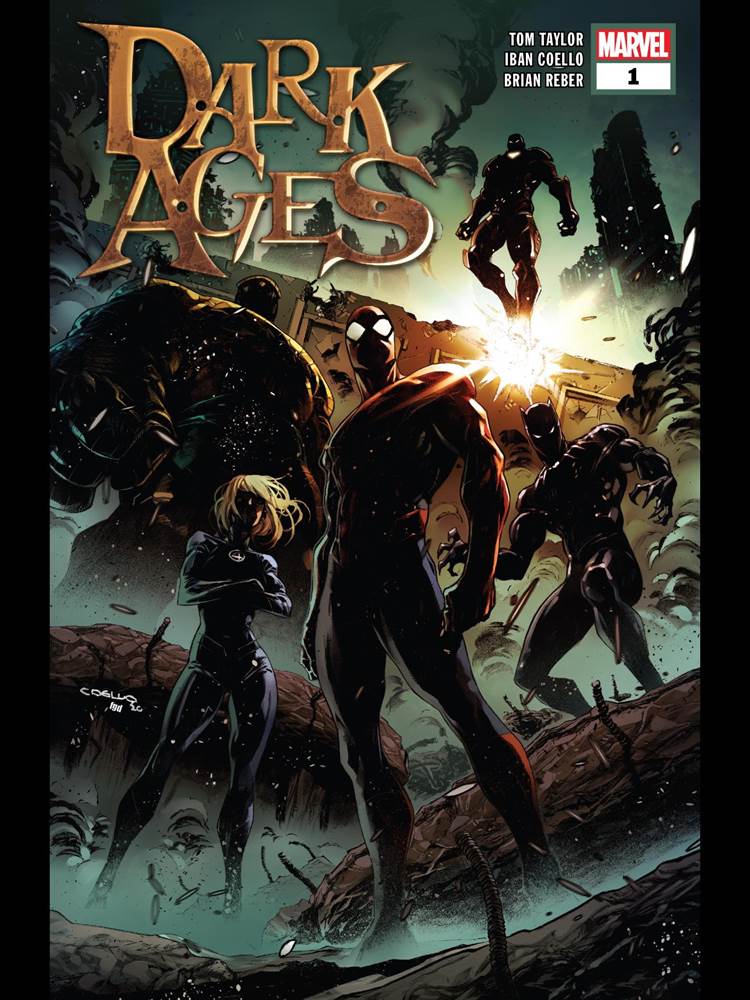 Spider-Man serves as the focal point of this new story, providing narration throughout. He, his wife Mary Jane and their daughter May, enjoy lunch with Luke Cage and Jessica Jones at the moment when the world changes. As expected all of the heroes leap into action.

But this attack is different than anything they’ve ever seen before. It’s not coming for the Earth, but rather, from inside it. With an ancient being threatening to destroy the planet and causing catastrophic event around the globe, the heroes have to do whatever they can to stop it.

But what happens when they can’t stop it? What happens when the heroes lose? This new series is going to dive into a dystopian future for the Marvel universe and “Dark Ages #1” prepares us for whatever it is our heroes are about to get into. 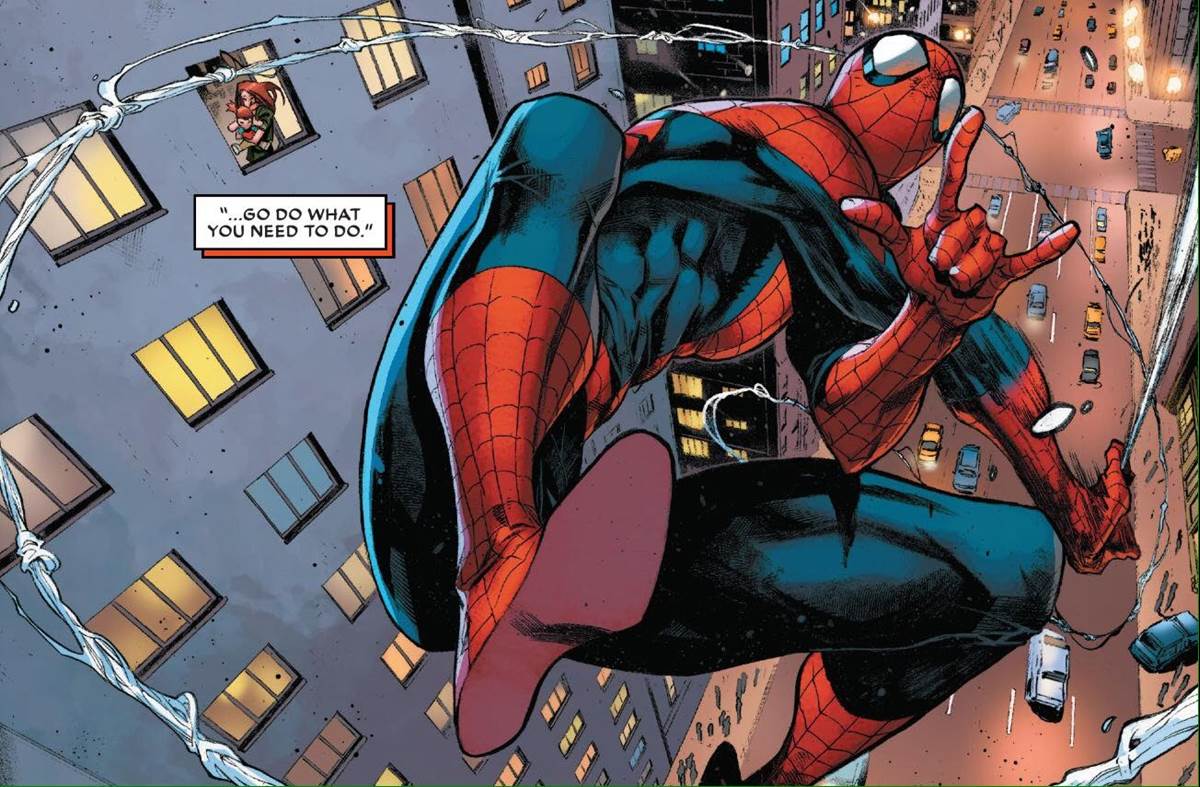 Crossover events in Marvel Comics tend to follow a formula. A new threat arrives that proves to be too much for any one hero or small group of heroes. That forces all of the heroes to join together and then the event spans the planet. “Dark Ages” is different. There is never any hope and, while that can seem a bit depressing, it’s actually a bit refreshing for those of us who read all of these comics.

It’s not that we need to see the heroes lose. It’s just nice to approach this kind of story from a different angle. Of course, there have been comics to do this kind of thing in the past, but this seems to be taking things a step further. The new twist it puts on classic characters looks like it should make things very interesting going forward. If there’s any downside to this first issue, it’s the lack of continuity from the rest of the Marvel Universe. Some fans may be confused when jumping from one of today’s comics into this one because of how different the status quo is in the beginning of the story. Readers are just going to have to roll with that as this appears to be a self-contained story that won’t likely spill out into the rest of the Marvel universe.

The star of this first issue is Spider-Man and that has proven to be a good decision to this point. With this being such a dark and serious story that sees the destruction of the planet and so many of the characters in it, Spidey’s narration allows for some humor to balance everything out. 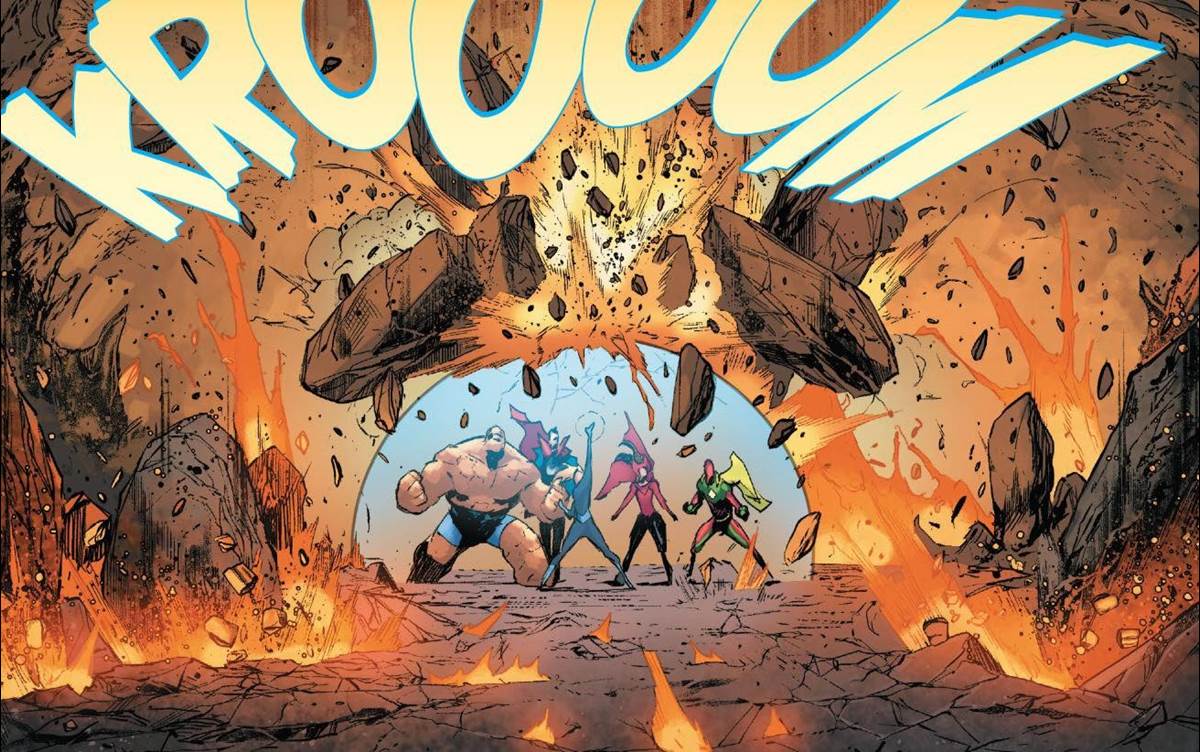 You can check out “Dark Ages #1” now. For more on this week’s comics, check out today’s episode of Marvel Time: