Season two of Work in Progress is currently airing on Showtime and the cast and creative team got together virtually at the TCA Summer Press Tour for an inside look. Semiautobiographical, Abby McEnany plays a public version of herself, but she’s actually a private person in real life. “I do spend a lot of time and a lot of thought on how to protect my brain and my heart,” the comedian, writer, and actor explained. “Sometimes it's the stuff that I really hate about the character I wish I could say not all of that was me.” 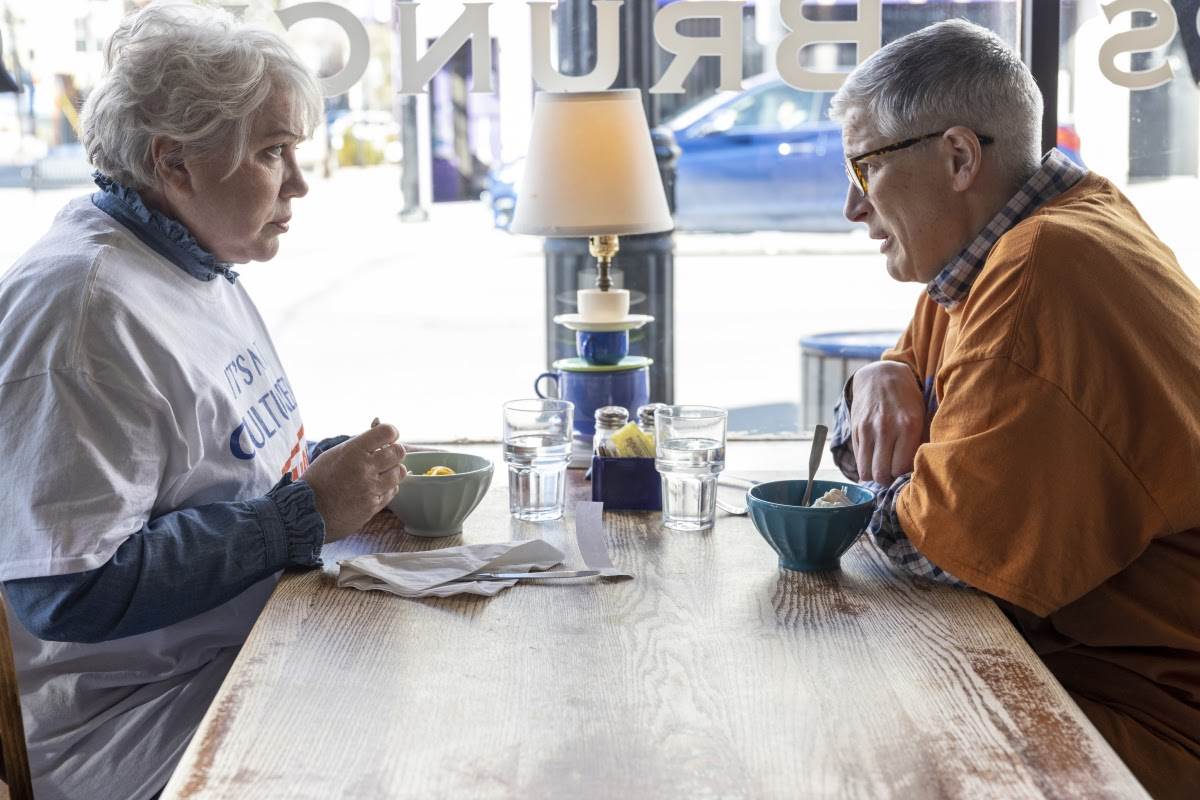 Julia Sweeney also plays a version of herself in Work in Progress. “I feel like a lot of it really is how I am, but I don't like that part of myself,” the Saturday Night Live alumnus shared. “In a way, playing myself, kind of the creepiest aspects of myself, the desperation to be part of things and to please others but still express myself, all that part of me is a part of me. But, of course, it's really accentuated in the show. And in a way, it's an opportunity to learn how to not be that person in real life.”

During Sweeney’s time on SNL, she became famous for an androgenous character named Pat. “When I started being called ‘Pat,’ Pat had been off the air forever,” Abby explained about how the character was weaponized against her. “This whole show came out of a storytelling show I did at the IO Theater in 2016. I believe this story about Julia Sweeney and Pat started like ‘Julia Sweeney ruined my life.’ I believe that was the first line, but that's hyperbolic, obviously.”

Julia Sweeney was on tour with her own show, Older & Wider, when Abby McEnany and director Tim Mason attended a performance and met with her afterward. “You know when you meet people, and you just love them immediately? That's how I felt about Abby.” The timing worked out well too, as Julia Sweeney found herself growing more and more ambivalent towards the androgynous character she portrayed. “It's really been a wonderful stroke of luck for me to have a way to kind of put my ambivalence into a show and get to behave in a cartoonish way and call it myself. There's something really almost expiating about it. It's been very good for me emotionally to do it. I don't hate Pat, but I don't particularly like Pat.” Joining the writing and producing team has given Julia Sweeney an outlet to express herself and confront this character while stepping back into Pat’s western-style shirt and tan pants. 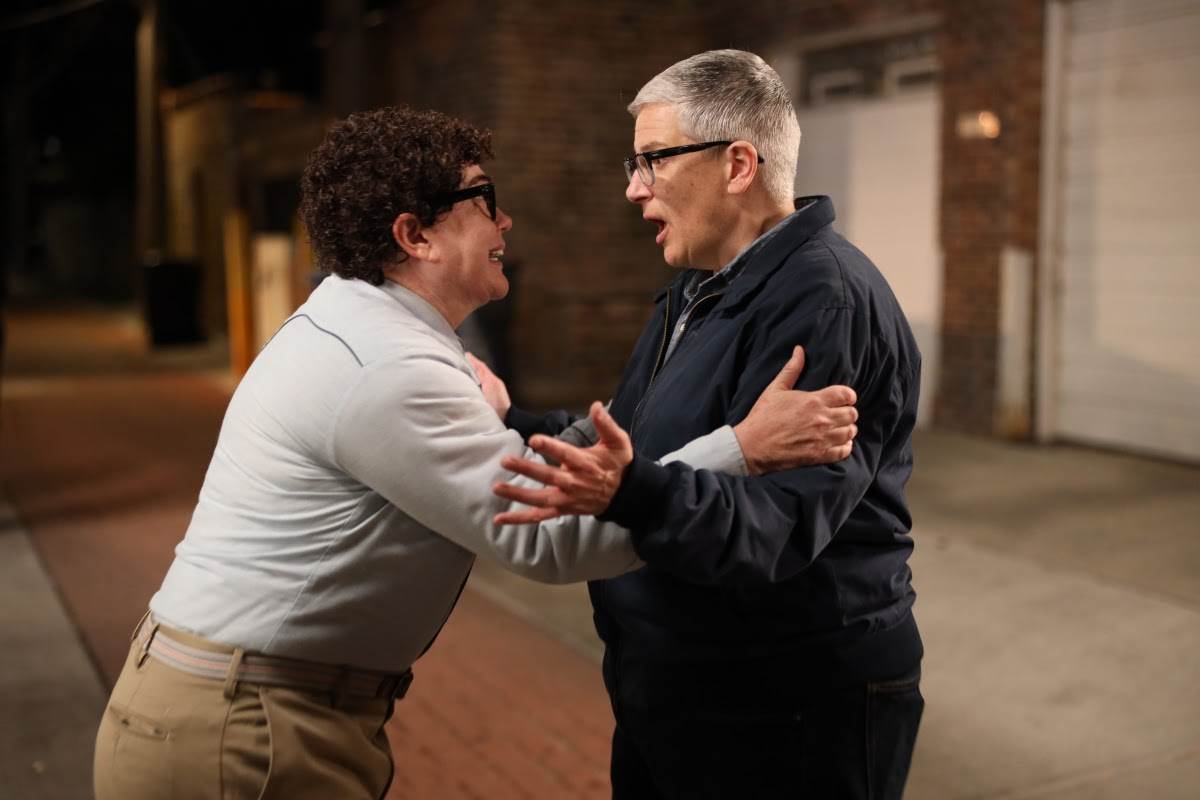 “All of the things that I like about the show are all of the reasons why the show shouldn't be on TV,” showrunner, director, writer, and executive producer Lily Wachowski said when asked about the unique attributes you won’t find in other series. “When we talk about status quo and why isn't there a show like this on television, well it's because you're talking about an industry that is largely old, white, male, and cis. We have to do our best to push our shoulders against those things that are considered conventional so that we can start seeing all different types of folks on our screens. It's not an easy task. So our show can't be the only show that's doing it, and even within as broad of a spectrum that our show has, it still is within its own niche… While we've got our foot in the door, we've got to shove as many distinct and disparate voices in front of that screen as possible.”

“Last year was my first real professional job in front of the camera, so everything was brand new,” Abby McEnany revealed about her inexperience heading into the first season. “Our crew is really so wonderful, and they are so supportive of me and the show and everybody on it. So I felt very well taken care of coming into this season… I'll never say I understand exactly what's happening, but I definitely understand more. And then to be able to bring in other folks to share the writing and the people that we brought in are so wonderful, smart, empathetic, and I trust them. I really felt that my brain and my heart were in good hands and with Lilly guiding the ship.”

New episodes of Work in Progress air Sundays at 11/10c on Showtime through October 10th, with past episodes streaming on demand.