Each preceding episode has given us details about the guests at Tranquillum House, but episode 6 of Nine Perfect Strangers will strike a nerve with everyone. 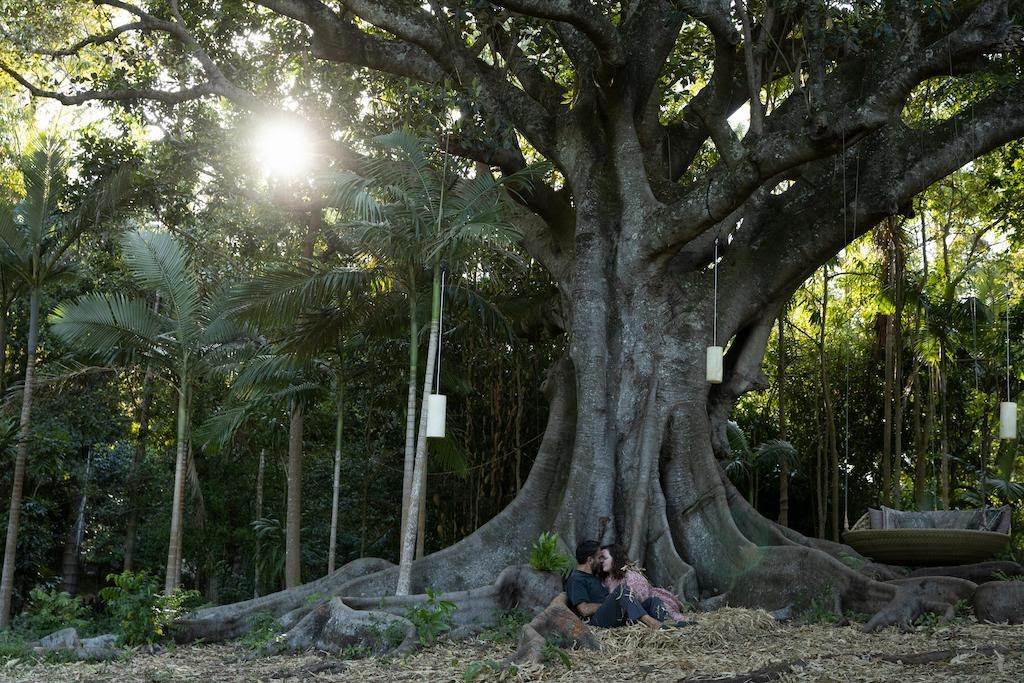 The show opens with a quick flashback to Masha (Nicole Kidman’s) past. Drugging the guests at Tranquillum House every day is starting to show some side effects. Francis (Melissa McCarthy) is awoken to the sound of her ex-boyfriend Paul (Ben Falcone) in her bathroom dancing on the toilet. Paul is miniature and after a brief conversation, Francis pushes him into the toilet and flushes him away.

Of course, Francis is imagining this. Or is she? While Francis is wondering what is real and what is imaginary, Lars (Luke Evans) has an unsettling dream of being bullied as a kid. When he awakes from his journey to the past, sitting in front of him is Masha, and she has a proposition. Since Lars is a journalist and is going to write about Tranquillum anyways, she offers him a phone to do with as he wishes in helping to capture the story.

After breakfast Masha and Carmel (Regina Hall) talk about their past connection. It seems that Carmel’s martial discord was caused by the affair her husband had with Masha. Perhaps Carmel is the stalker who has been sending threatening messages to Masha? While Carmel assures Masha that she isn’t there to hurt her, one must wonder how truthful Carmel is being.

Delilah (Tiffany Boone) again wonders if the dosage of the drugs being given to the guests should be stopped. But the saintly Masha brushes off her concerns. Francis and Tony’s (Bobby Cannavale) relationship has progressed beyond friendship. There may be romance in the air for the former athlete and novelist, but the hallucinations continue.

Jessica (Samara Weaving) who has always been concerned about her looks, sees a pimple on her nose, and tries to remove the offending acne. What started as skin care results in Jessica knocking her nose off. The resulting horrific scream brings in Ben (Melvin Gregg) to reassure his wife that no she hasn’t lost her nose.

In the woods, the Marconi’s are looking to connect with their deceased son Zach (Hal Cumpston). While Napoleon (Michael Shannon) and Zoe (Grace Van Patten) briefly see him, it’s Heather (Asher Keddie) who has a full conversation with her late son. The discussion is not a happy affair. The family has tried to piece together why Zach would have committed suicide, but the hallucination awakens a memory deep from within Heather.

Zach was prescribed new asthma medication and one of the side effects is suicidal ideation. This fell under Heather’s responsibility as she always took charge of the children’s medication. She knew about the side effects but thought nothing of it. This realization has sent Heather into a tailspin of hysteria, which results in her being brought to the clinic at Tranquillum where Yao (Manny Jacinto) gives her sedative.

The guests are all strung-out by the massive amounts of drugs they have consumed. While they are all supposed to be supervised in groups most of the guests converge at the pool and go swimming, even though Masha said everyone was to stay away from water. This leads to one of the funniest moments for Tony when he chides them all for breaking the rules.

After speaking with Napoleon, who now blames Heather for Zach’s death, Masha wants to experiment with a psychedelic treatment. She believes that with the right dosage of drugs, the Marconi family would all be able to hallucinate Zach, and this could provide some closure for the hurt caused by his death. While Masha is selling the positive side of this unproven theory to Napoleon, Delilah is questioning her methods. When speaking with Yao (Manny Jacinto) Delilah mentions how she feels the need to get as far away from Tranquillum House as possible. Did Delilah do something wrong?

Treatment is necessary because someone is hurt. We know much about Masha’s backstory. She was a high-powered businesswoman, who had affairs, and was shot in a parking lot. But at the end of episode 6, we get the titular motherlode of information about the compassionate charismatic guru. Masha has a flashback to when she sees her daughter killed by an oncoming car.

Now matter how careful you are, when you experiment with drugs, bad things can happen. Episode 6 is one of the most compelling parts of the show because at this moment, I am questioning how much of what I see is really happening. I had doubts before, but the action in this week’s show is on the bonkers level.

Nicole Kidman is perfect in the role of Masha. I believe she wants to help, but the way Kidman delivers her lines makes me wonder how much Masha is in it to help others compared to just trying to help herself.

Where is all this going? Is there a happy ending for the nine perfect strangers? How fractured is Masha’s psyche? We must stay tuned to find out.

© 2021 Logo, contents and media copyright Laughing Place Inc. unless otherwise noted. All rights reserved. Laughing Place is a dedicated group of Disney fans, like yourself, who love Disney. Laughing Place is not endorsed by or affiliated with the Walt Disney Company, or its subsidiaries. By using this website you agree to Laughing Place’s User Agreement and Privacy Policy. Contact us at: [email protected]ughingPlace.com or 404-594-4577.