Phase 4 of the Marvel Cinematic Universe may be full of new characters, but began with ones audiences were already invested in. While WandaVision and The Falcon and the Winter Soldier ended up being the first elements released from Phase 4, it was meant to start with Black Widow, which arrives on physical media on September 14th. Available on Blu-Ray and 4K Ultra-HD, the film can now be viewed at home in high quality, regardless of internet capabilities, and comes with a handful of extras. 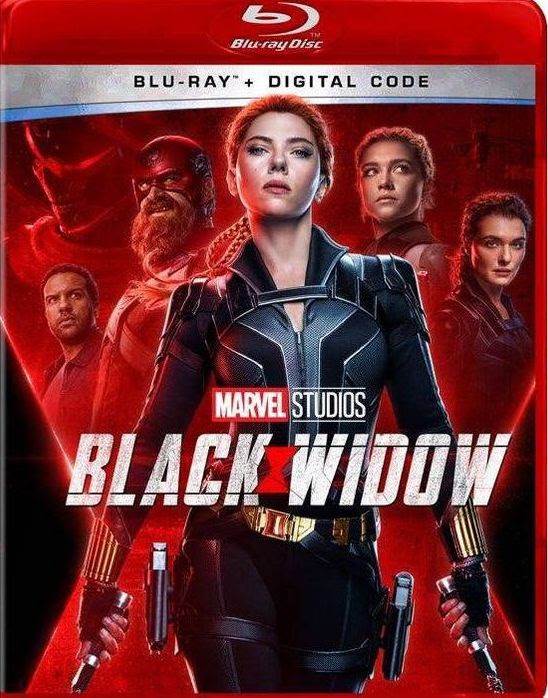 Set shortly after the events of Captain America: Civil War, Natasha Romanoff is in hiding when she receives a package from her sister Yelena that forces her to confront her past. The leader of the nefarious Red Room that trained both girls to become Black Widows is still alive and taking the organization down for good will require getting the whole “Family” back together, not an easy task with everyone leading their own separate lives.

With emotions running high for fans of Scarlett Johansson’s character following the events of Avengers: Endgame, Black Widow gives fans one presumably last chance to linger in her world with the only Black Widow-centric project to date. Joining the MCU in this adventure are Florence Pugh as Yelena, Rachel Weisz as Melina, and David Harbour as Alexei, aka Red Guardian. Black Widow may be fairly low-stakes in the grand scheme of the MCU, but it’s an emotionally satisfying farewell to Natasha Romanoff that’s also a lot of fun.

Available in a Blu-Ray/Digital HD combo-pack and as an Ultimate Collector’s Edition that adds the 4K UHD disc to the release, fans and collectors can now own a tangible copy of the film in addition to a digital version that stays with them, regardless of if their subscription to Disney+ is active or not. Here are a few technical details about this release.

The Blu-Ray release of Black Widow arrives in a red case rather than the standard blue. There does not appear to be a slipcover for this release, although there is one for the 4K UHD edition. There isn’t any disc art and the only flyer inside is a Movies Anywhere digital copy redemption code, which also includes points for Disney Movies Insiders.

The main menu features an animated version of the multi-character movie poster, which is also used as the box art for the Blu-Ray release. The disc opens with a single trailer for Disney+.

With consistent picture quality and improved sound over streaming options, cinephiles and movie collectors will want to pick up this release of Black Widow. The supplemental features feel lacking compared to past Marvel Studios releases and an audio commentary would have been appreciated given the lack of an in-depth making-of documentary. But with such a solid film and the alternative being not picking it up on disc, what other choice do fans have?