The call to protect our oceans is loud and clear in the new documentary Becoming Cousteau. Famed ocean explorer Jacques Cousteau begs us to pay attention to what we are doing to the environment and the damage we are causing to our oceans. Director Liz Garbus, of What Happened, Miss Simone?, paints a brilliant and multilayered portrait of the historic ocean explorer. 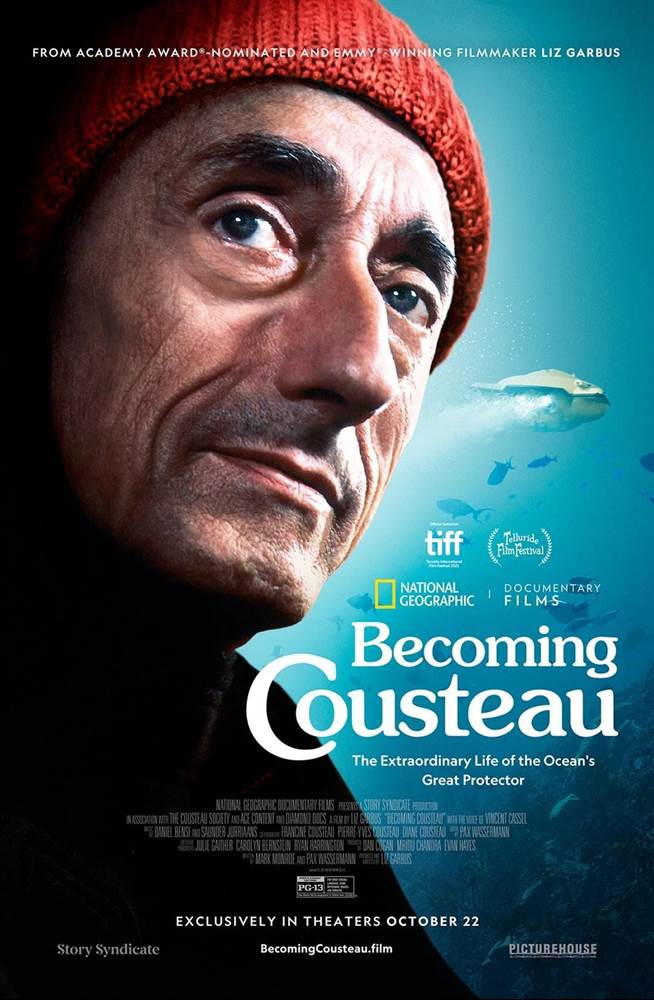 Through archival footage that hasn’t been seen in public for decades, and through his words and writings as well as those of his family and friends, viewers will take the plunge into the ocean world that fascinated the French explorer.

The film starts by looking at Cousteau’s youth where a car accident led him to therapy swimming and snorkeling in the south of France. The dream of being a pilot was gone, but the young Cousteau had found a new siren, the call of the sea. From his early days in the French Navy to the latter half of the forties, we watch as Cousteau and his friends look for ways to spend all their time exploring the depths of the ocean. The desire to do more leads Cousteau to develop the aqualung which is the precursor to modern scuba diving equipment. Now with the ability to dive deeper than before, Cousteau and his team start their ocean voyages as salvagers of lost cargo and personnel.

Cousteau and his team love to be on the water. With the aid of his wife Simone, they retrofit an old minesweeper which they name the “Calypso”. Now with a home to live on and explore, their liquid dreams come true when Cousteau is made an offer that he can’t refuse. Oil companies want his help in searching for oil at the bottom of the ocean. He accepts and the wealth that he discovers helps many nations become oil powerhouses.

From those early days of carefree jobs that help fund his own interests, audiences will watch as the explorer Cousteau becomes the champion of the environment, and passionate crusader for ocean health. The film transforms into a moral conquest of the hearts and minds of people around the world. Cousteau in his later years is embarrassed and ashamed by some of his early work and switches gears to promote conservation.

By the 1970s, Jacques Cousteau was warning people about the rising temperatures of the ocean, and the destruction to marine life that is so crucial to our planet’s ecosystem. On more than one occasion throughout the 1980s and 1990s, Cousteau campaigned against climate change, and seems to have a massive impact with a global summit in Rio de Janeiro in 1992. 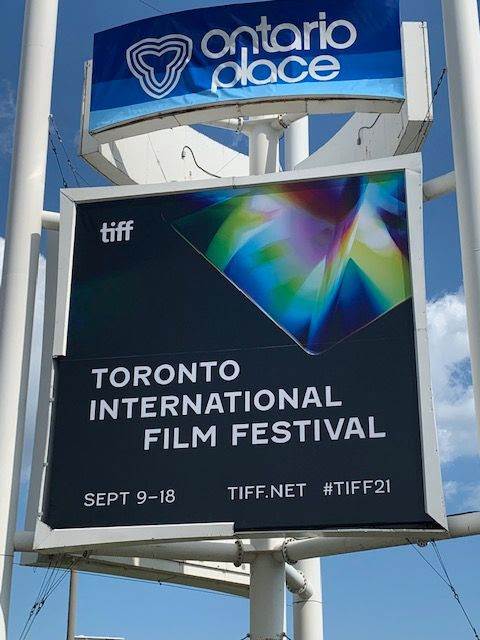 Becoming Cousteau is not just about environmental causes. We see some of the personal side to Jacques Cousteau that helps define the man he was. His partnership with Simone produced two sons, Jean-Michel and Phillippe, but Cousteau would never win father of the year. Through his own words, the man admits that he wasn’t the best father or husband, because his primary focus was his work.

An alienation with Jean-Michel, and the partnership that he developed with Phillipe led to family strife. When Phillippe died in a plane crash, the aging ocean mariner was crushed. His son was the heir apparent to continue the work that Cousteau began. When Simone, Cousteau’s wife of five decades died of cancer, Cousteau married his long-time mistress Francine, with whom he had fathered two children.

Becoming Cousteau allows us to see the evolution of the man in the title, and his obsession with pushing himself and going beyond what others had done. Through that obsession a love for the ocean developed and his later years brought about one of the biggest champions for conservation.

While I sat enraptured by the imagery of Cousteau’s work, which is featured prominently in the film, I was left awestruck by what little I knew about a man who was famous for being on television and in books which documented his exploration of the oceans. There is more to the name Jacques Cousteau than what you may believe you know.

From the film, we know he was passionate about adventure, exploration, and trying dangerous new tasks to help humans go beyond their capabilities. We also learn that young Cousteau was a dreamer and willing to try anything. At one point, Cousteau was championing the idea of colonizing the ocean floor with underwater cities.

Older Cousteau looks back on his youth and remarks on how embarrassed he was by the things he did. Becoming Cousteau is not the definitive biography of Jacques Cousteau. What it does so brilliantly on film is to reach into time and harness the voice of a man who is as connected with the oceans as whales and sharks are. We hear and take his call to protect the sea to heart.

Becoming Cousteau is a wonder of a film. Not only will the audience’s preconceived notions about the man change, but they will hear the siren call of Cousteau himself, which has echoed through the decades – to preserve and defend our oceans from annihilation by human greed and waste.

Director Liz Garbus has outdone herself in bringing Jacques Cousteau back to life. Sitting in the theatre was almost like visiting the man himself on the “Calypso”.

Becoming Cousteau is certain to be a front runner at the Oscars this year.