Jessica Chastain is bound for Oscar gold this year with her mesmerizing portrayal of Tammy Faye Bakker in The Eyes of Tammy Faye. Her dynamic and human portrayal of Bakker makes this performance the standout of the year. Paired with Andrew Garfield who is certain to be nominated as well for his sympathetic portrayal of the embezzling televangelist Jim Bakker, audiences will fall in love with Tammy Faye thanks to Chastain’s immersion in the role.

The film begins from Tammy Faye’s childhood where she is desperate to be part of her family church. Kept home to avoid the embarrassment of her mother’s divorce, Tammy Faye marches into service to receive the spirit of Jesus, which she does, and begins speaking in tongues. Fast forward a few years and Tammy Faye is in bible college where she meets a young Jim Bakker.

Their attraction is immediate, and their thinking is sympatico. The relationship blossoms to marriage and the two hitch their proverbial wagons to Jesus and the travelling preaching circuit. Dynamic and personable, Tammy Faye and Jim Bakker are a hit.

Landing on the Christian Broadcasting Network (CBN), the small-town ministers are launched into the stratosphere of popularity. They jump ship from CBN and found their own network Praise the Lord (PTL). Life is biblical for the Bakker’s. PTL grows in viewership thanks to a PTL satellite which beams Jim and Tammy Faye into twenty million homes in fifty-six countries.

Pride comes before the fall. As the years go by, we learn Jim Bakker has embezzled money, and the financial accounts at PTL are questionable at best. While Bakker has been funneling money everywhere, including building a Christian theme park called Heritage USA, Tammy Faye has watched it all build to the great implosion.

Jim is indicted and convicted of fraud. Jerry Falwell (Vincent D’Onofrio) swoops in with a promise to help, but betrays the Bakker’s to the media, and thus ends his competition. Tammy Faye is left to pick up the pieces. Divorced and alone, she has a moment of redemption singing at Oral Roberts University where her message continues to stay the same.

I wasn’t expecting to like a movie about Tammy Faye Bakker as much as I did. From the moment that Chastain appears on screen at the start of the film, viewers will be held captive by every scene. Tammy Faye Bakker was often maligned in the press, mainstream and tabloid, but Jessica Chastain ignites an interest in who the woman named Tammy Faye was. 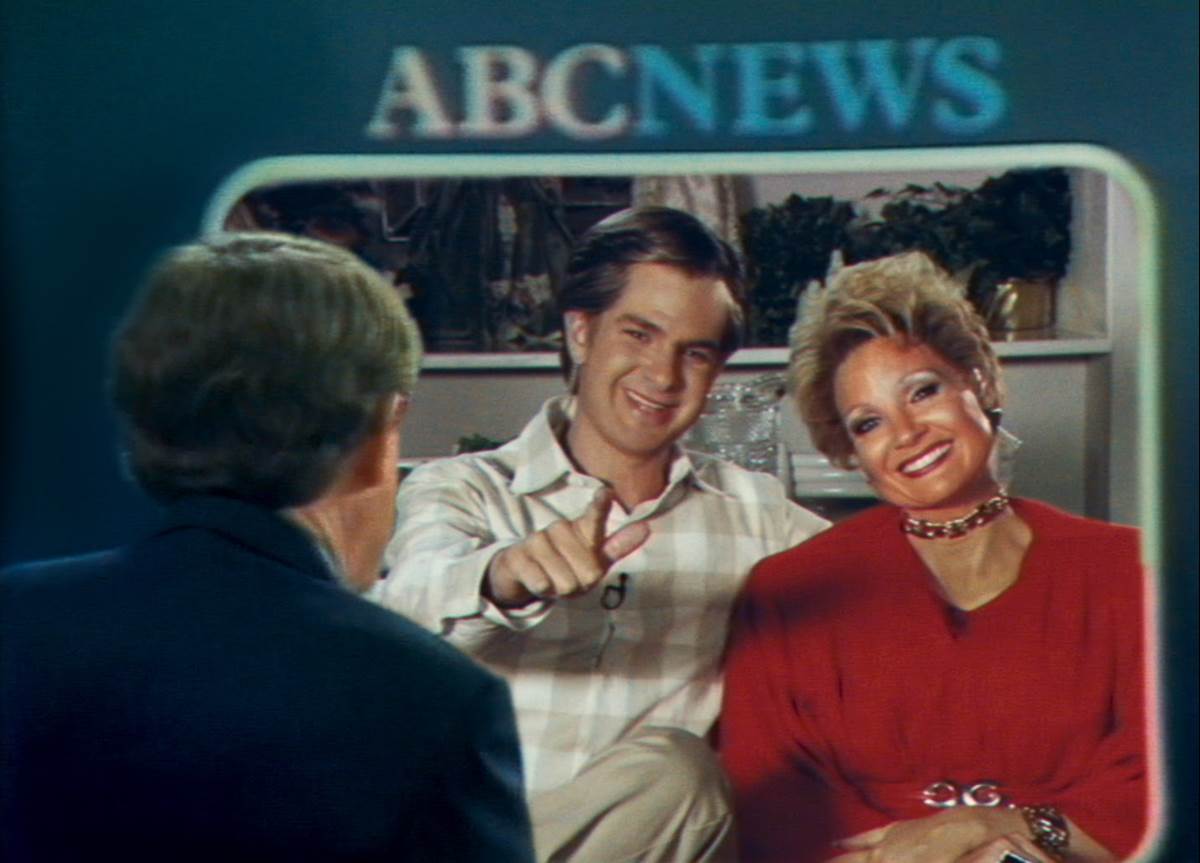 Is Tammy Faye an innocent pawn in the whole embezzlement scheme? Certainly! After all it was Jim Bakker who went to prison and not Tammy Faye. The film is quick to capture the attention of viewers and doesn’t let up for the entire picture. We watch and marvel at how the relationship between the Bakker’s seems to be stable at first, and then feel sad at how Tammy Faye is pushed out of making the decisions because men like Falwell and other Christian leaders don’t believe she has a right to sit at the table. Seeing Chastain as Tammy Faye force her way to the table and then drag a chair over so that she can sit in on a conference of the big wigs at CBN was not only hilarious but powerful. Here at a time when women were shunned from the decisions in this organization, Tammy Faye wasn’t afraid to make herself known.

The inevitable downfall of the Bakker’s is expected, even if this hadn’t been based on reality. We see how the close relationship between Tammy Faye and Jim falters, and the cinematography of the picture beautifully reflects the strain in their marriage. At the beginning of the film Jim and Tammy are always side by side. Midway through, we see how their physical distance in the scene is reflective of the divide between the husband and wife’s marriage.

Growing up I remember the Jim and Tammy Faye scandal and how it rocked the Christian world because those who preached the gospel of Jesus were in fact crooks. A soundbite on television is not the whole story, and with Jessica Chastain immersing herself so deeply in the role of Tammy Faye Bakker, one cannot help but want to learn more about this fascinating woman who was compassionate and loving to everyone.

Tammy Faye loved everyone and preached the notion that Jesus loved you no matter what. Her embracing of AIDS patients and hosting non-conventional topics on one of her many specials for PTL shows the true person behind the makeup.

Jessica Chastain deserves every award possible for humanizing Tammy Faye, but also reminding movie goers that there is always more to a story than the headline. Chastain and Garfield are a perfect match on screen. Their chemistry and commitment to the roles of Tammy Faye and Jim Bakker is not something easily done.

What we see on screen is a woman who experiences phenomenal success and lost control due to a variety of reasons, while her husband lost focus on the most important part of his success. Jim Bakker forgot that he gained his success thanks to his partnership with Tammy Faye. It’s not often one can see into the soul of a person, but The Eyes of Tammy Faye will shine a light on a world and a person that we thought we knew, but hardly did.

The Eyes of Tammy Faye is bound for Oscar glory and is assured a place on top ten lists for 2021.